How to Join ISRO?: Do space and planets appear fascinating to you? Do you love learning new things about space, planets, stars, meteors, moon? If researching is your domain and you want to become a scientist, then it is impossible to not have ISRO on the wishlist. If you agree to this, then here are all the details on How to join ISRO.

The Indian Space Research Organisation or ISRO is a national space agency which is situated in Bengaluru. The formation of ISRo was in 1969. The Department of Space manages the ISRO. The Prime Minister of India holds command of ISRO and the executive director of ISRO is the Chairman of ISRO. The aim of ISRO is the development and use of space technology for national development along with the ensuing planetary examination and space science research.

If you want to get into ISRO, then you need to qualify for the eligibility criteria. After you successfully score a good score in the 12th standard, you should get into top institutes such as the Indian Institute of Space Science and Technology or the Indian Institute of Technology. But after you get admission into top institutes, you will still have to be consistent in your studies to make a successful entry in ISRO. 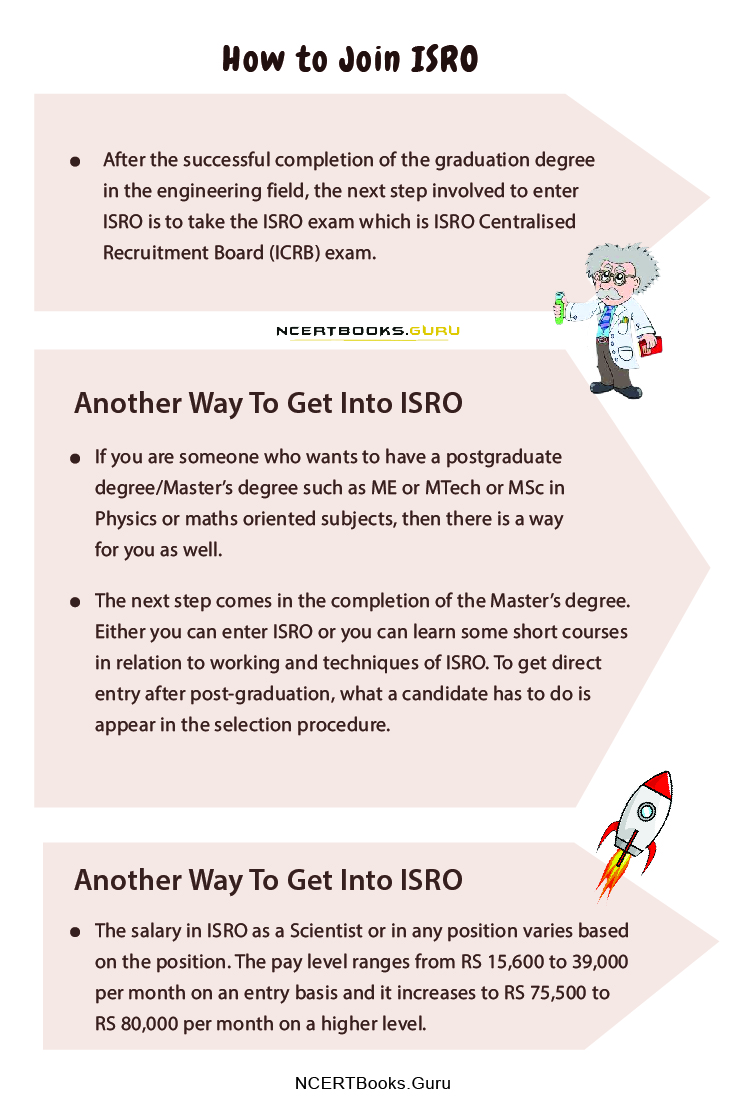 How to Join ISRO as a Scientist?

It is always a plus point to get into top ranking and highly reputational government and private institutions such as IITs, NITs, IIST, etc.

Another Way To Get Into ISRO

The salary in ISRO as a Scientist or in any position varies based on the position. The pay level ranges from RS 15,600 to 39,000 per month on an entry basis and it increases to RS 75,500 to RS 80,000 per month on a higher level. The basic salary level in ISRO is around RS 15,000 per month. The experience, position, and other factors are the points of determination for salary requirements.

ISRO is among the most reputed organisations in India. With proper planning and educational preparation, one can get into ISRO. All you need is hard work and dedication to enter the organisation. Young minds are all that is the current requirement to excel the challenges and to develop. 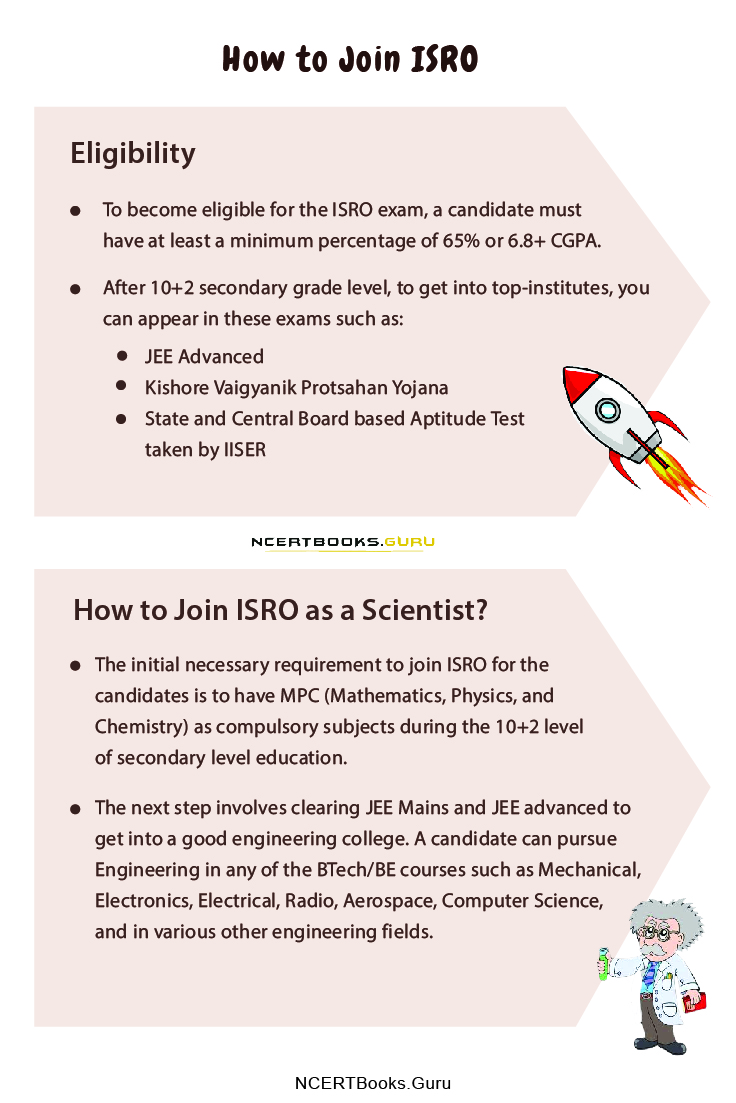