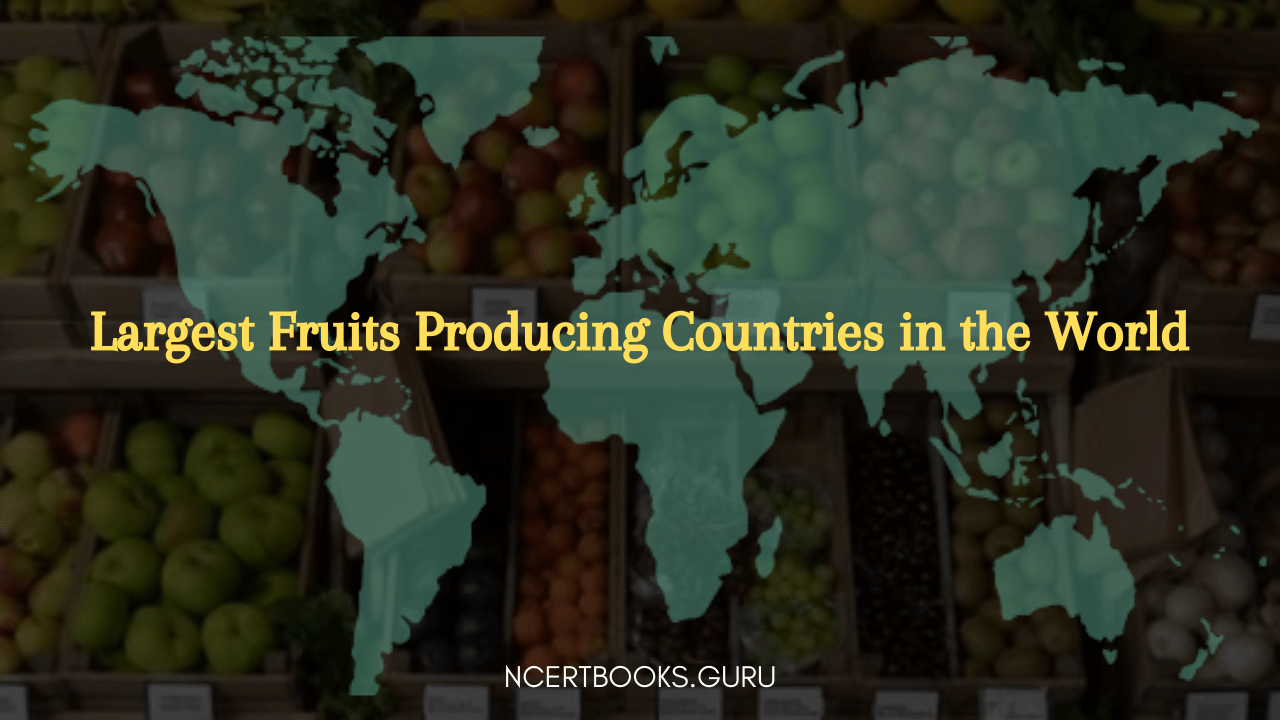 Largest Fruits Producing Countries in the World: Fruits are the healthiest food item and they formed from the ovary after flowering. Actually, humans and many animals became dependent on fruits as a source of food for a daily lifestyle. So that, the demand for fruits all over the world are increased and the production of fruits is rapidly increasing from older days to present days.

In Botanical utilization, “fruit” contains many structures which are not often known as ‘fruits’ like Tomatoes, corn kernels, wheat grains, and bean pods. However, in common language usage, normally ‘fruit’ is the fleshy seed-associated structures of a plant that are sweet or sour, and edible in the raw state, like grapes, oranges, bananas, strawberries, lemons, apples, etc.

Furthermore, there are plenty of advantages you will see by eating fruits. Some of your diseases or health issues like diabetics and many more can be cured with doctors’ suggested fruits. As people know all its benefits that’s the reason for the growth of fruit production in the world. In this article, we have shared some of the details about fruit production like mainly “Largest Fruits Producing Countries in the World” and then what are the production trends for fruits? So now without any delay, let’s get jump into the topic.

All About Largest & Highest Ranked Fruits Produced Countries of the World

Production of Fruits & other agricultural plant goods has a different geographical distribution. Besides climate and similar types of vegetation, the economy of a nation also impacts the agricultural production level. There are various Produce Types like Cereal, Vegetables, Fruits, Dairy, Meat, Spices, Drinks, Nuts, Spices, and others. The production of some main products like fruits, vegetables, meat, fibers, etc. is highly focused in a few countries of the world.

Now, we all will know the list of the world’s ten top largest fruits production countries as of 2013 report and along with the list of top 5 ranked countries in the world with most fruits production. This list was reported by FAOSTAT, Food, and Agriculture Organization of the United Nations as of 2018. So, check out this latest list of the largest fruit production countries in the world and memorize them for answering your quiz-related questions or for your general knowledge. 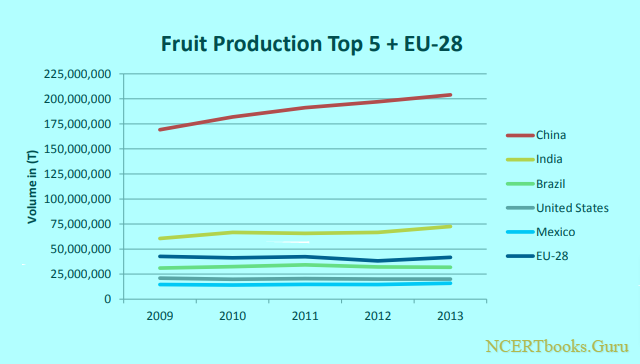 Here is the list of Top 10 countries that cultivate and produce fruits in the world as of the 2013 year. The fruit production can be measured by the quantity so here also we have listed the countries names and the million tones of fruits they have produced in the year 2013. Let’s check the list of the World’s Top 10 Largest Fruits Production Countries:

List of Largest Fruits Production Countries in the World by 2018

This section is all about the list of the largest countries that produce fruits in the world. Here, we have listed out the Largest Top 5 Fruits Producing Countries in the world per Fruits in a table. This information is collected with the help of Wikipedia on Google and all these ranks may differ from year to year. So, have a glance at the table and find the top 5 World’s Largest Fruit Producing Countries based on the 2018 year.

Information About Production Trends for Fruits

We all have seen how many countries are producing fruits in the largest quantity all over the world in the above sections. Now, it’s time for knowing what are the production trends for fruits? Let’s start the discussion on it. 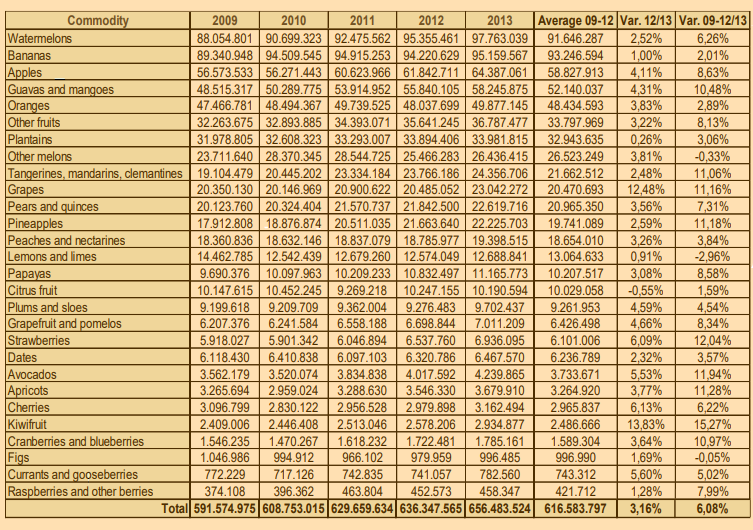 FAQs on Most Fruits Production Countries in the World

1. Which country is the world’s largest producer of fruits?

China is the largest fruit production country in the world that measured with 204.023 quantity.

2. Which country is the world’s second-largest fruit producer?

The second best & largest fruit production country in the world is India.

3. Which fruit is the most expensive?

The most expensive fruit in the world is Melons. These special melons are black in colors and it grows in Hokkaido Island near Sapporo and is a hybrid species of other sweet melons.