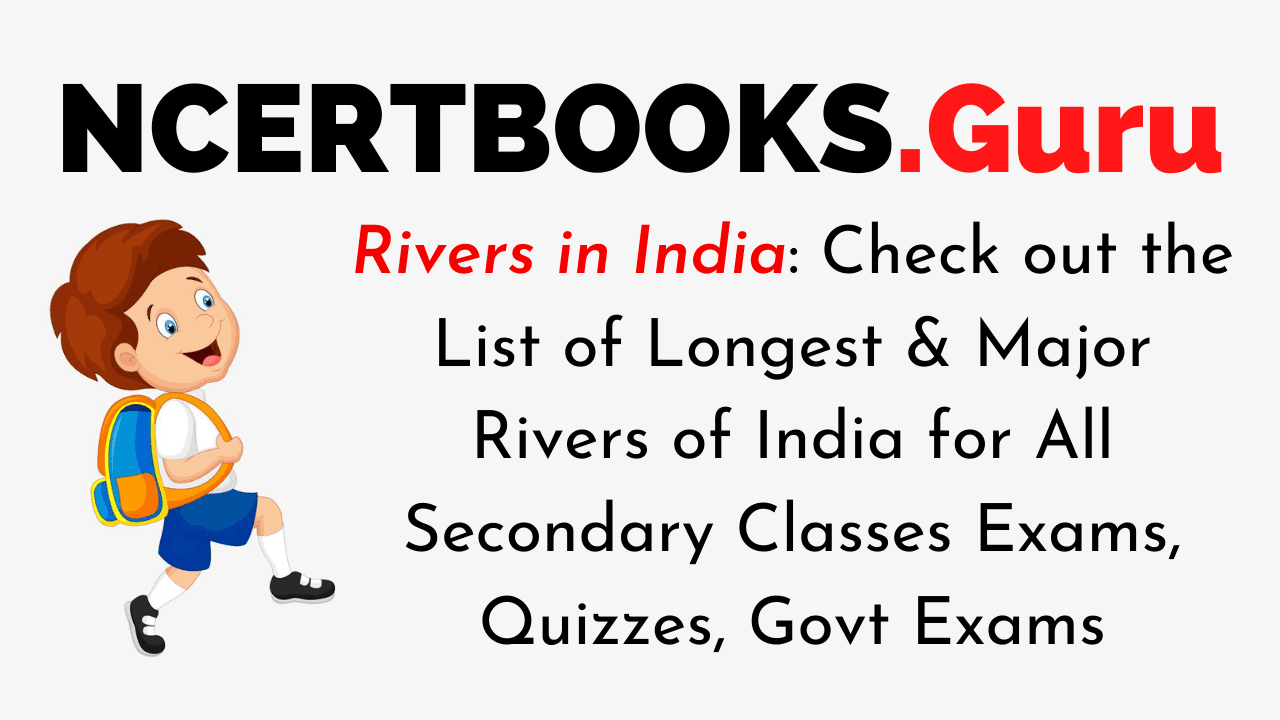 A River is a natural flowing watercourse, often freshwater, flowing towards an ocean, sea, lake, or another river. Rivers acts a major role in the development of the country. India is a land of rivers and the Indian River System is categorized into two parts – Himalayan Rivers and Peninsular Rivers.

Many of the Indian rivers stream eastwards and drain into the Bay of Bengal but three rivers in India only run from east to the west Narmada, Mahi, and Tapti River. Though the Nile is the longest river in the world, have you ever searched for the longest river in India? If not yet, then let’s find out the 10 longest rivers of India from this page. Along with the Top 10 Largest Rivers in India, you would also find the details about Indian River Systems and major rivers of India.

So, let’s start with the Top 10 Longest Rivers in India and collect the information like length, origin, Tributaries, Discharge of its water, etc. for each Indian River. 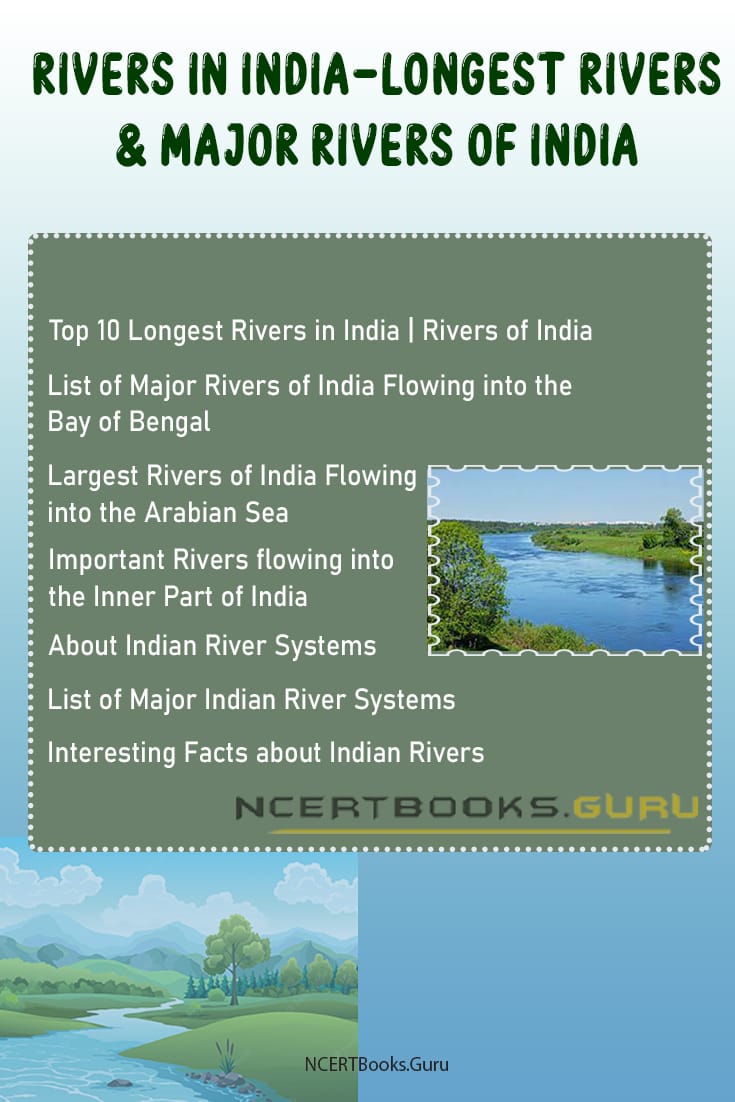 Largest Rivers of India Flowing into the Arabian Sea

Important Rivers flowing into the Inner Part of India

The river systems of India can be classified into four groups viz.

Most of the rivers release their waters into the Bay of Bengal. Some of the rivers flow through the western part of the country and joins into the Arabian Sea. All major rivers of India originate from one of the three main watersheds-

The following table provides details about the major river systems in India:

The below points are some of the important facts about Indian Rivers and all they are most important for UPSC & Other Board Classes Quizzes, competitive exams, and board exams:

We have listed all Top 10 longest, largest, & major Rivers in India. Also, you will found the Indian River System from the above article. So, find out the facts about Indian rivers and get complete knowledge about them to attempt various exams. Rivers hold prominent value not merely to human life but also helps animals and trees.

Moreover, visit our website for accurate information about Important Lakes in India & prepare for all primary and secondary exams as well as competitive exams, quizzes.