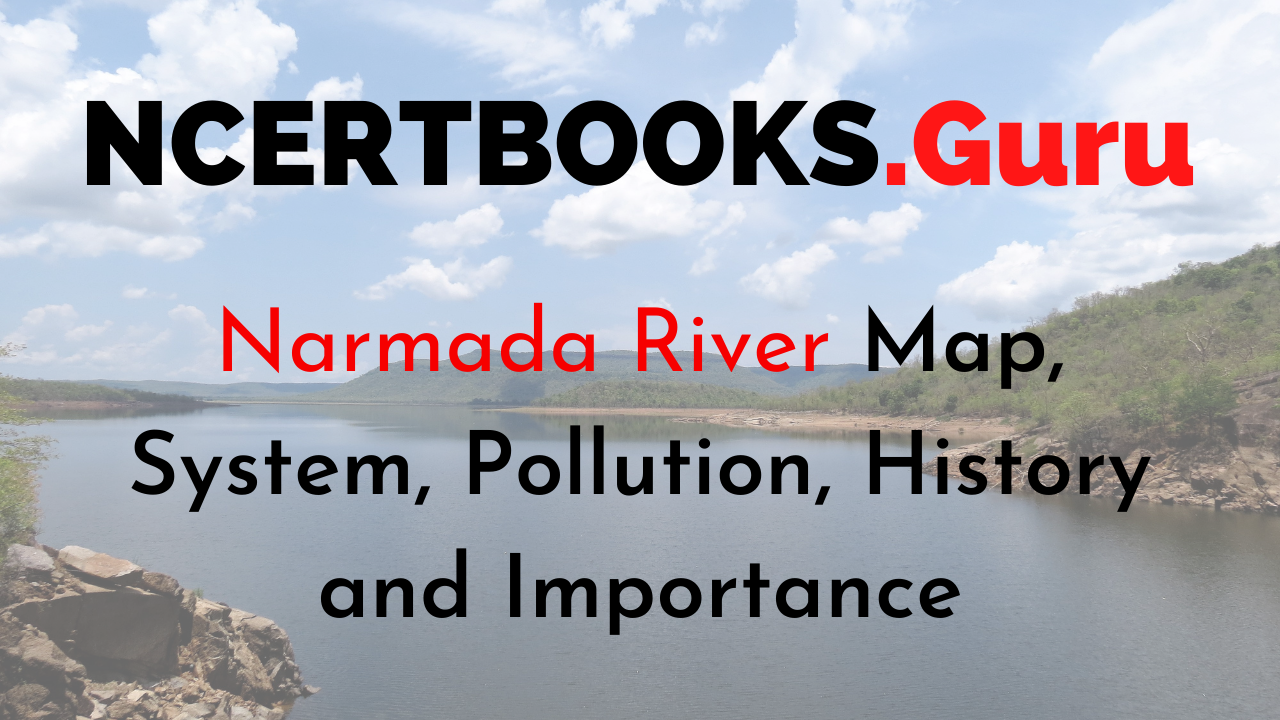 Narmada River: The Narmada river is also considered as the Reva and was previously known as the Narbada river. The river is regarded as the ‘Lifeline of Madhya Pradesh and Gujarat’ because of the many contributions it makes to these states.  The river rises from Amarkantak Plateau in Anuppur district of Madhya Pradesh.

The Narmada river is considered as the largest west flowing river of the peninsula which rises near Amarkantak range of mountains in Madhya Pradesh. It is also called as Narbada or Nerbudda river. It is a river that is situated in central India and has always act as an important route between the Arabian Sea and the Ganges River Valley.  The Narmada river holds the title of the fifth largest river in the country and the largest one in Gujarat. The river travels through Madhya Pradesh, Maharashtra and Gujarat and at last, meets the Gulf of Cambay.

In Indian history, the emperor Harshavardhana of Kannauj was defeated by Kannada emperor from Chalukyas dynasty Pulakeshin II on the banks of the river Narmada. Narmada river is also believed to be engaged with another river which is known as Sonbhadra that is flowing through the Chota Nagpur Plateau. According to the Puranas, the Narmada river is also known as the Reva because of its leaping motion through the rocky beds.

The Narmada river is known to be raised at an elevation of approximately 3500 ft or 1080 metres. It originates from the Maikala range in eastern Madhya Pradesh. Its flowing route passes through the hills near Mandla and then turns Northwest in order to pass the city of Jabalpur. From this point, it turns southwest and enters between the ranges of Vindhya and Satpura at Marble Rocks Gorge. The river then turns westward and continues to flow across Madhya Pradesh until it passes the state of Gujarat. The Narmada river then enters the Gulf of Cambay.

The Narmada river system is covered by the Vindhyas in the northside, by the Maikala range on the eastside, by the Satpuras on the south and by the Arabian Sea on the west.

The Narmada river is getting polluted each day; thus, the lifeline of Madhya Pradesh and Gujarat is getting damaged rapidly. The cities and villages situated along the river are throwing huge quantities of waste into the river. Many industries also which are situated near the river bank are discharging harmful chemical effluents into the river. Due to all this waste and chemicals, the quality of the water has been degraded down to category B, which is one of the worst categories. This river is categorised in category B by the Bureau of Indian Standard 2296 norms.

The increase in deforestation on forests that are in the banks of the river Narmada and increasing population are becoming the main reasons for these increased level of pollution in the rivers. The part of the river located near Dhinduri is categorised at level C because of its quality. The quality of this part deteriorated because of the sewage discharging from the nearby industries. According to the research, around 52 cities are discharging waste directly into the river which is required to be stopped in order to stop the pollution in Narmada river.

The Narmada river is considered as the lifeline of Madhya Pradesh and Gujarat from years because 25 million people living in these two states depend on Narmada river to survive. The Narmada river helps in providing drinking water, irrigation and generation of electricity. The people of the state get their food because of this river. The river is responsible for providing electricity in both states, thus making the livelihood of people easier. As the river is getting polluted rapidly, it might affect the people very badly as they might face a shortage of pure water and food due to the polluted water.

The Narmada river that rises from the Amarkantak range of mountains in Madhya Pradesh is considered as the largest west flowing river of the peninsula.

It is considered to be India’s fifth largest river. The route of the river passes through Madhya Pradesh, Maharashtra, Gujarat and meets the Gulf of Cambay. The river is measured to be approximately 1312 km or 815 miles long.

The Narmada river has hilly regions on the upper part. In the lower part areas, the lands are fertile and broad, which are well suited for cultivation. The Narmada river system is considered to be the fifth largest river in the country and largest river in Gujarat. Through this river system, many people get benefitted as it is the lifeline for two states of India, which is why Narmada river is essential to maintain a proper balance in the lifestyles of 25 million people of Madhya Pradesh and Gujarat.

As seen in the essay, Narmada is the fifth largest river of India and is essential for the people who are dependent on it for their livelihood. So, the government should plan to save this river from pollution by eliminating the discharge of wastage and chemical effluents into the river.

Question 1:
What is the origin of the Narmada river?

Answer:
The Narmada river originates from the Amarkantak Plateau in Anuppur district of Madhya Pradesh. The river flows through three states which are Madhya Pradesh, Maharashtra and Gujarat and meets at the Gulf of Cambay.

Question 2:
What is the length of the Narmada river?

Answer:
The length of the Narmada river is measured to be approximately 1312 km or 815 miles long.

Question 3:
What are the causes of pollution in the Narmada river?

Answer:
There are many reasons that are polluting the water of the Narmada river. Some of these reasons are chemical effluents discharged by industries, wastes discharged by households and deforestation.

Question 4:
What is the average water flow of the Narmada river?

Answer:
The average water flow of the Narmada river is measured to be approximately 1447 cubic metre per second.