We believe the provided MCQ Questions for Class 11 Business Studies All Chapters is the best option to revise all the concepts thoroughly & quickly at the time of Board exams. So, download them offline & make use of them anytime and anywhere. If you get any queries on Class 11 MCQ Objective Questions, drop a comment below & get the solution at the earliest possible.

Difference Between Mahajanapadas And Janapadas: During the Vedic period, the janapadas and the Mahajanapadas were the most powerful kingdoms that existed. The Aryas were the most influential tribe and they were called Janas this gave rise to the Janapada where pada means foot. By the end of the 5th century BC, there were around 22 Janapadas. The rise of iron in northern parts of India made the Janapandas more powerful and this paved the way for Mahajanapadas to be formed. Read on the article to know more about How Were Mahajanapadas Different From Janapadas.

What is the Difference Between Janapadas and Mahajanapadas?

Most of the literacy evidence that is available it shows us that the janapadas flourished from 1500 BCE and 500 BCE. In Vedic Samhitas, the word Jana actually means tribe and the members that were a part of it were the members who believed in shared ancestry. In the Jana system, the king was the head and there was a common assembly that was known as the Samiti who had the power to elect and dethrone the king.

There was a smaller assembly known as the Sabha which consisted of older wise men who would advise the king on the functioning of its kingdom. The Janapada were originally nomadic in nature in pastoral communities but as the Jana gained more territories they moved a lot less. Different clans within the Jana had their own respective chief.

If we were to look at Mahajanapadas they were oligarchic republics or 16 kingdoms that existed in the northern parts of ancient India from the 6th to the 4th BCEE. There were many Mhajanapads that existed but two of them were most probably o ganatantra which means oligarchic republic. Various Buddhist texts show that the around 16 kingdoms had flourished during that time period and they stretched from  Gandhara to Anga which is the eastern part of India.

The term  Janapadas actually means the foothold of the people and this shows as the land that they have taken forcefully and have settled in their life. Before the Buddhist region was acquired the land was divided into several Janapadas which were demarcated from each other’s boundaries. The sixteen kingdoms that existed during this period are as follows –

Differentiate Between Janapadas And Mahajanapadas

Difference Between Governor-General and Viceroy: The Governor-General and Viceroy played a significant role in shaping the history of the country. A lot of students assume that the governor-general and viceroy play the same role or are in the same position but in different terms, in fact, they are completely different positions and both of them have a significant amount of power. Their official powers are very important as they serve the royal family or the country in different ways by collecting revenue from the citizens or the nominations of the lesser officials in the country.

This article will go in-depth about the viceroy and governor-general difference and their roles and then we will see how both of them are different from each other(Viceroy And Governor General Difference).

What is the Difference Between Governor General and Viceroy

The Governor Generals not only held prerogative powers which were provided by the monarch but also they had executive powers on the country they were assigned to. The imperial government had the power to override control of the governor-generals region but this was often difficult because of the distance of the various territories from London. The governor-general was also the commander in chief of the army in that area.

Viceroy: Viceroy is a person who runs a political entity as the representative or in the name of the monarch of the region. The viceroy title is given to members of viceroys, nobility, governing commissions and Governors who a lot of the times would interleave until the last viceroy. In India when the Portuguese had come to the country the official name was Estado da India and this had included all the possessions in the Indian ocean. In Goa from 1510, the viceroys would preside in the state and governed its positions from the Indian Ocean, Southern Africa to Southeast Asia and Australasia. During the British empire, no statutory position was given to Viceroys of the country.

Difference between Governor-General and Viceroy

In India, the governor General Post was created with the passing of the Charter Act of 1833, where William Bentick became the first Governor-General. The government of India in 1858 changed the name of governor General to Viceroy after the revolt of 1857. The governor-general post was created mostly for administrative purposes and this was directly reported to the directors of the East India Company.

The viceroy was different as they had to directly report to the crown as the viceroy had more diplomatic powers. Chakravarti Rajagopalachari was the last Governor-General of India and the last Viceroy of India was Lord Louis Mountbatten.

Answer:
No, governor general vs viceroy are different. 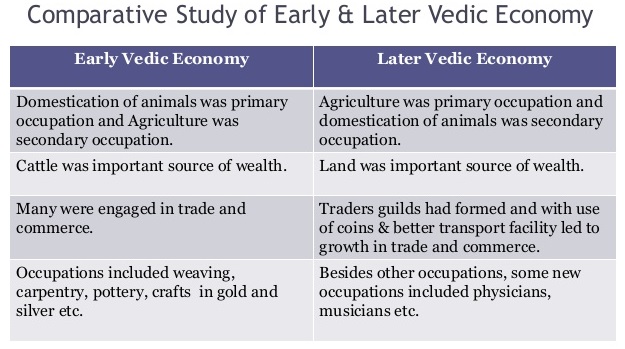 The Rigveda holds a lot of information and it holds information on the various conflicts between the Aryas, Dasas and Daysyus. In the Rigveda, it tells the readers how the Dasyus and the Dasas as people who do not obey any commandments or perform any commandments of gods. The Mridhra describes the speech as abusive, hostile, uncouth and soft.

The various other interpretations are for the physical appearance of the people. Throughout the early Vedic period there were various accounts of different military conflicts and wars between different tribes. Some of the more notable conflicts that occurred are the battle of the ten kings and the battle fought between the tribe Bharatada against the confederation of ten tribes.

The Rig Veda had taken its final form after the twelfth century BCE where it is associated with the Kuru – Panchala region, here in northern India they were not the only Indo Aryan people that lived.  During the early Vedic period the Jada had moved around a lot as they were nomads but after acquiring a lot of lands they had finally settled, once they settled they started agricultural practices.

For a lot of the Vedic leader’s possession of horses was important as they needed to be remnant to their nomadic lifestyle, by doing so they would trade horses and create the Hindu kush route. These horses became a part of their lifestyle and also a part of the cavalry. After the thousand BCE, the use of ploughs and iron axes was common and was quickly adopted all over.

Difference Between Ancient Medieval And Modern History of India: To determine the point of difference between different periods and understanding the culture, lifestyle and living conditions of a period, historians look at the archaeological structure and source texts. These provide valuable insight into the period. Certain archaeological structures of the past are still in place, making them heritage sites.

What is the Difference Between Ancient, Medieval and Modern History?

Ancient history talks about the records of the world from the beginning of time. It begins from the recording of human history to as far as post-classical theory. Ancient history spans over 5000 years from 3000BC to 500 AD (this time period is debatable among historians).

This period saw the rise of Greek kingdoms, the rise and fall of the Indus Valley civilization and the establishment of international trade routes. This era was marked by the use of bronze and iron to build human establishments that lead to the formation of large empires.

The medieval period commonly termed as the Middle Ages is the middle part of the three traditional periods of human history. It’s further subdivided into three regions, namely- Early, High and Late middle ages. It runs from the 5th century to the end of the 15th century.

This period was marked by technological advancements and agricultural innovations that led to the rise of trade. It also saw various famines, plagues, and wars, which diminished the population in the later period of middle age. The end of the middle ages marks the beginning of the early modern period.

Modern history is the period after the 15th century to the present day. The early modern times is the period from the 15th to the 18th century. Towards the end of the 18th century, the Industrial revolution picked up the pace, and it marks a period of human evolution never seen before. This age brought the necessary information, reasoning and enlightenment.

The points of difference between Ancient, Medieval and Modern History Period are:

Difference Between Bhakti Movement And Sufi Movement: These two movements are well recognized around India to have shaped traditional singing into what it is now. Singers and Songwriters have been recognized the world over for their work and their contribution. These songs written and sung by them usually depict the times they live in and it’s either about how cruel the times were to them or the writers find the beauty in the times they lived in. The Bhakti movement and Sufi movements had immensely influenced the Muslims and Hindus of the country at the time and they are still sung to keep a reminder of how different things were in the olden days.

What is the Difference Between Bhakti and Sufi Movements?

The Bhakti movement probably began in  Tamil Nadu around the 6th and 7th century AD and it had created a huge deal of popularity through the poems of the Vaishnavite, Shaiviteand Alvars and Nayanars poets. In the state of Karnataka, the bhakti movement began by Basavanna)  in the 12th century for a time that was threatened by the different caste hierarchy and it had stretched over the fabric of local society. While the orthodox society had managed to resist the Bhakti movement in this state began to produce a literature that was known as Vachana Sahitya composed by Basava as well as his disciples who are, Devara Dasimayya, Allama Prabhu, Akkamahadevi and others.

Sufism is a Muslim belief where people try to create a personal experience with God through an interpersonal relation they create. It creates various ways to attain wisdom and get closer to god to get inner peace within the person. It aimed at providing a service to mankind through a spiritual movement. The movement was divided into two bases and this is the people who followed the Islamic law (Ba-Shara) and those who aren’t bound by Islamic laws (Be-Shara). The movement was eager for Hindu-Muslim Unity.

Difference Between Sufi and Bhakti Movement

The main difference between the two was that the Bhakti movement was influenced mainly by Hindus and the Sufi Movement by the Muslims. The Saints of the Bhakti Movement were Kabir Das, Nanak, Meerabhai, and Chaitanya Mahaprabhu who sang Bhajans to worship Gods and Goddesses. The saints of the Sufi Movement included Amir Khusrau, Hasan of Basra and Moinuddin Chishti who would sing Qawwalis which was a type of music that would influence people to religious devotion.