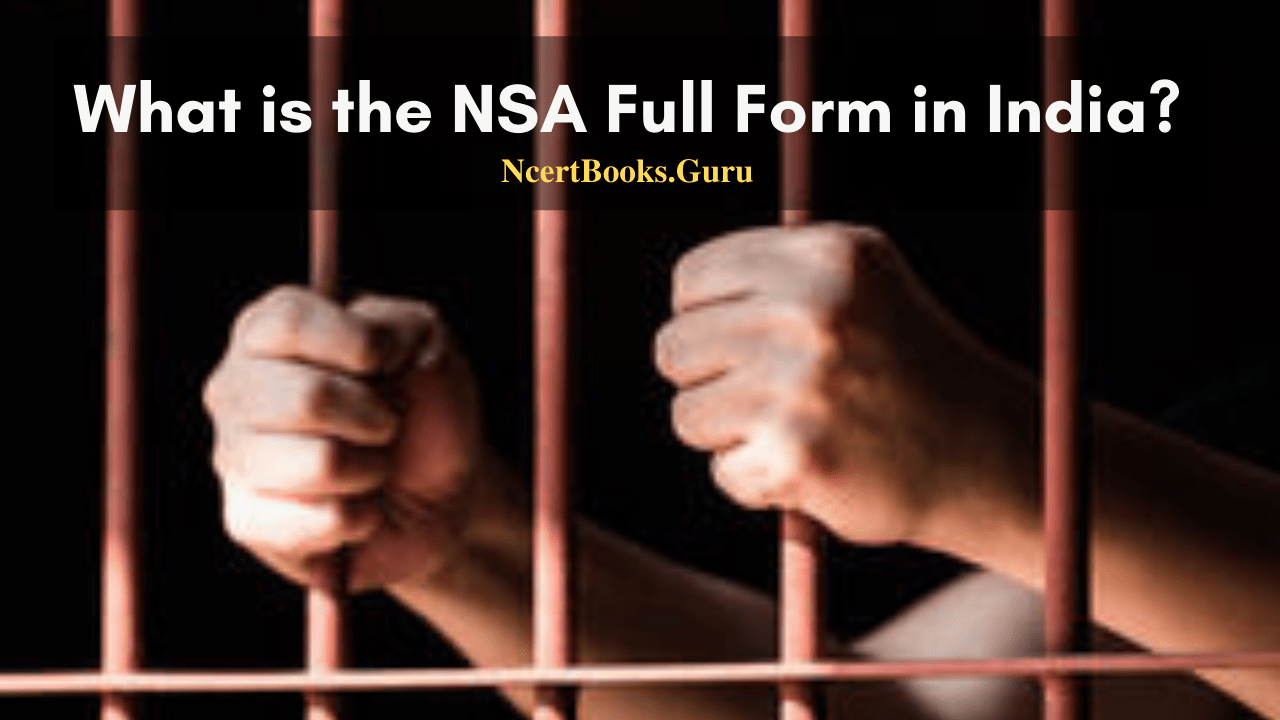 NSA Full Form: What does NSA mean? What is the NSA Rule in India? In Which Year, the act was passed? What is the punishment? and many more such questions can be answered here by our expert team. So, candidates are advised to prepare for their competitive exams by going through this topic called NSA full form and many other GK Topics from our website for more marks.

Most of the people died due to various reasons like demonstrations, violence took place and public property was damaged. To reduce these deads government passed a rule of National Security Act-1980 where a person detained can be kept in jail for a maximum of one year. Know more about Rasuka or National Security Advisor from this article along with the abbreviation of NSA in Hindi.

What is the Full Form of NSA in India?

The Full Form of NSA is National Security Act in India also called Rasuka. It permits police to detain a person for months when they sense that he or she is a threat to national security. Moreover, they can put them in jail for 12 months if the situation runs out of control. This NSA act was brought by former Prime Minister Indira Gandhi on 23 September 1980.

The recent use of the National Security Acts was like this, ‘On January 17, 2020, the Lieutenant Governor of Delhi passed an order presenting the Commissioner of Police with the power to detain under NSA for a period of three months — between 19 January and 18 April. The order came at a time when the national capital was observing protests against the Citizenship Amendment Act (CAA) and the National Register of Citizens (NRC)’.

Also, the USA country considers the NSA Rule to protect the intelligence information. Have a look at the below sections and get a complete view of NSA full form in USA.

In India, the abbreviation of NSA is National Security Act but in the USA, NSA stands for National Security Agency. It is a national-level intelligence agency of the United States Department of Defense, under the authority of the Director of National Intelligence. The main task of the NSA is the protection of U.S. communications networks and information systems.

Another Abbreviation of NSA

Do Refer: Full-Form of MBBS, BDS, BAMS, BUMS, B. Sc. Nursing and Other Such Allied Courses

Some of the key facts under the National Security Act are listed as follows:

FAQs on Full Form of NSA

1. What is the full form of NSA in India?

The abbreviation of NSA in India is NATIONAL SECURITY ACT (NSA).

The National Security Act of 1980 is an act of the Indian Parliament issued on 23 September 1980 whose intent is “to provide for preventive detention in certain cases and for matters connected therewith”.

3. What is NSA in government?

The National Security Act is an act that allows the government to arrest a person if the officials are persuaded that he/she is a threat to national security or to prevent him/her from disrupting public order.

4. Who is the deputy NSA of India?