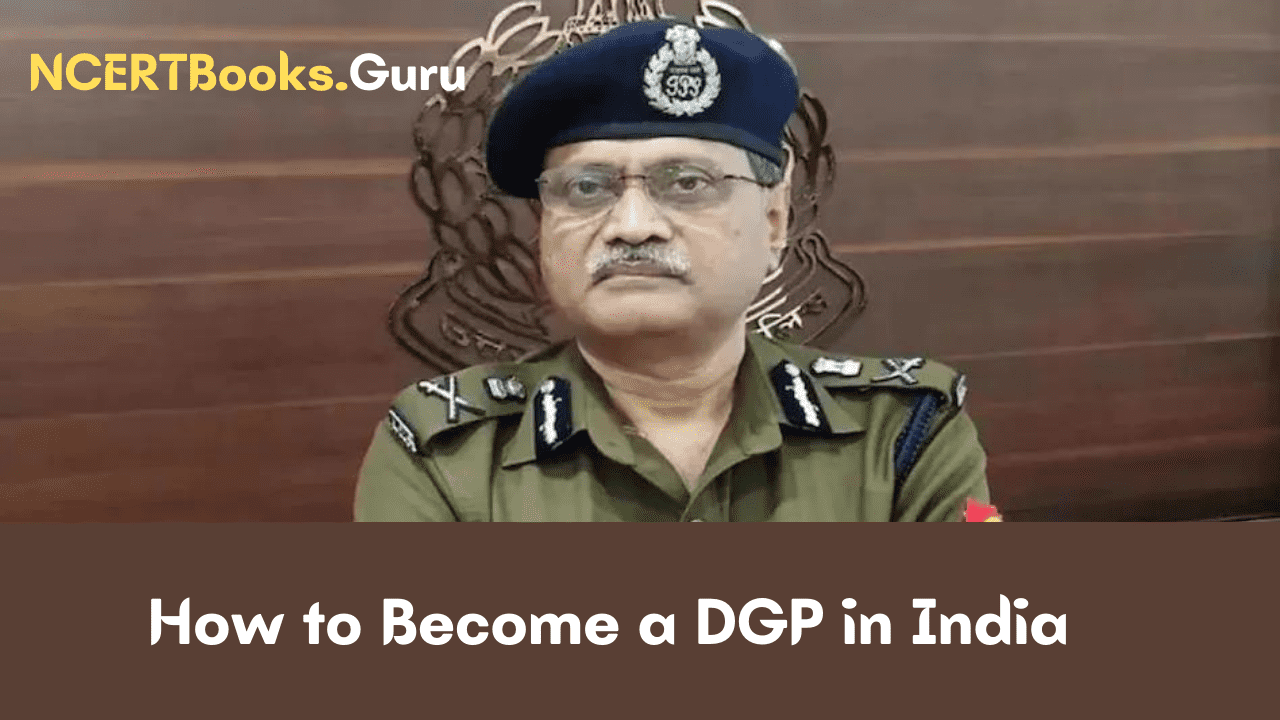 DGP stands for Director General of Police in India. It is one the highest rank for a police officer, which is very respectable. A DGP (Director General of Police) is responsible for heading the state or union territory police force and is known as the state police chief. The position of the DGP is the highest in the State Police Station. Only an IPS officer can become a DGP through promotions.

The director-general of police in India is appointed from the Indian police service by the cabinet. They hold 3-star ranks of a DGP, and we will find an over-crossed baton and a sword as its national emblem upon taking a closer look at the rank insignia.

You can identify DGP’s from a distance as they wear gorget patches on their collar. That has a pattern of oak leaf stitched on it, with a blue-coloured background.

Courses Available for Becoming A DGP In India

To become a DGP, candidates must have any one of the educational qualifications enlisted below.

After acquiring their academic qualifications, candidates must qualify for the civil services exam conducted by UPSC (Union Public Service Commission). This examination can be given upon completion of the Bachelor degree.

Eligibility Criteria for Becoming A DGP In India

A relaxation of the upper age limit is set for some backwards candidates regarding being physically handicapped. All candidates must have passed their bachelor’s degree and qualified for the UPSC examination conducted by the Union Public Service Commission and then become an IPS officer first. The post of DGP can be reached only through promotion.

How to Become an IPS In India?

To become a DGP, the IPS exam needs to be cleared first. There are two modes for IPS recruitment.

The UPSC Civil Services Exam consists of three stages. The exam window extends for around 10-12 months, usually from June to the following year, June, until the results are announced.

The exam is in the following format,

The number of IPS officers selected by UPSC every year is 150 in number.

How to Prepare for the DGP Examination?

Firstly, you have to pay attention to the syllabus in which much of knowledge has to come from General Knowledge. Start by learning current affairs as it is helpful in the examination. Studying the old question paper for the exam helps a lot.

If you want, you can study in this way, make a goal for yourself and prepare for your exam accordingly.

All officers of the Indian Police service undergo probationary training at the following institutions,

After completing the successful probationary training period, officers get confirmed into the service. There is also a provision for mandatory mid-career training for IPS officers spread across the entire service span.

The Police Division in the Ministry of Home Affairs (MHA) is responsible for cadre management of the IPS officers.

The candidates must have eye vision according to the Indian Police Service Standards:

Roles and Responsibilities of a DGP?

Salary of a DGP

The government offers a handsome amount of salary to a DGP, which is listed below:

Initially, the IPS earns a basic salary of Rs 56,100, with their TA, DA and HRA paid extra every month.

For a DGP, the salary is earned around Rs 2,25,000 every month with the following facilities perks and benefits, which include,

Their job is highly respected and with job security as well. 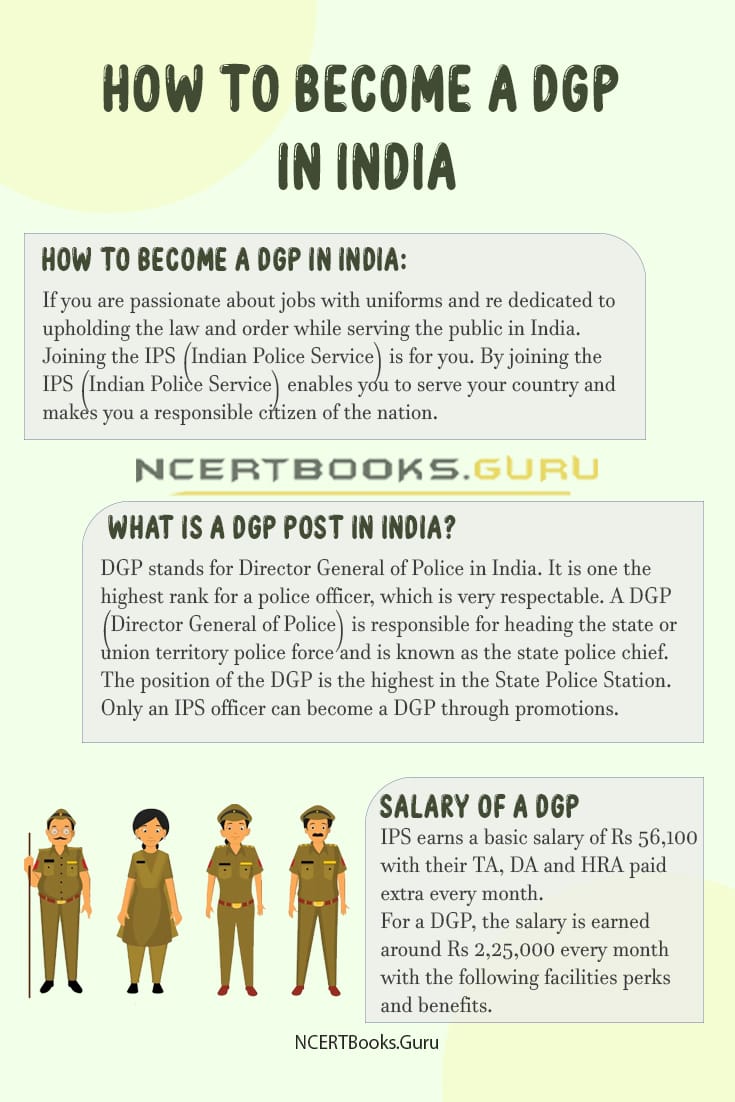 Conclusion on How to Become a DGP in India

To become a DGP, you must work diligently to become an IPS and serve the country by being a good police officer for a long tenure. This will qualify you to become a director general of police in India. The DGP has greater responsibility in protecting and serving communities, assisting people in time and even ending crime. A career in the Indian police is an opportunity to make an impact in society and the nation by taking up a citizen’s responsibility in serving the nation proudly.