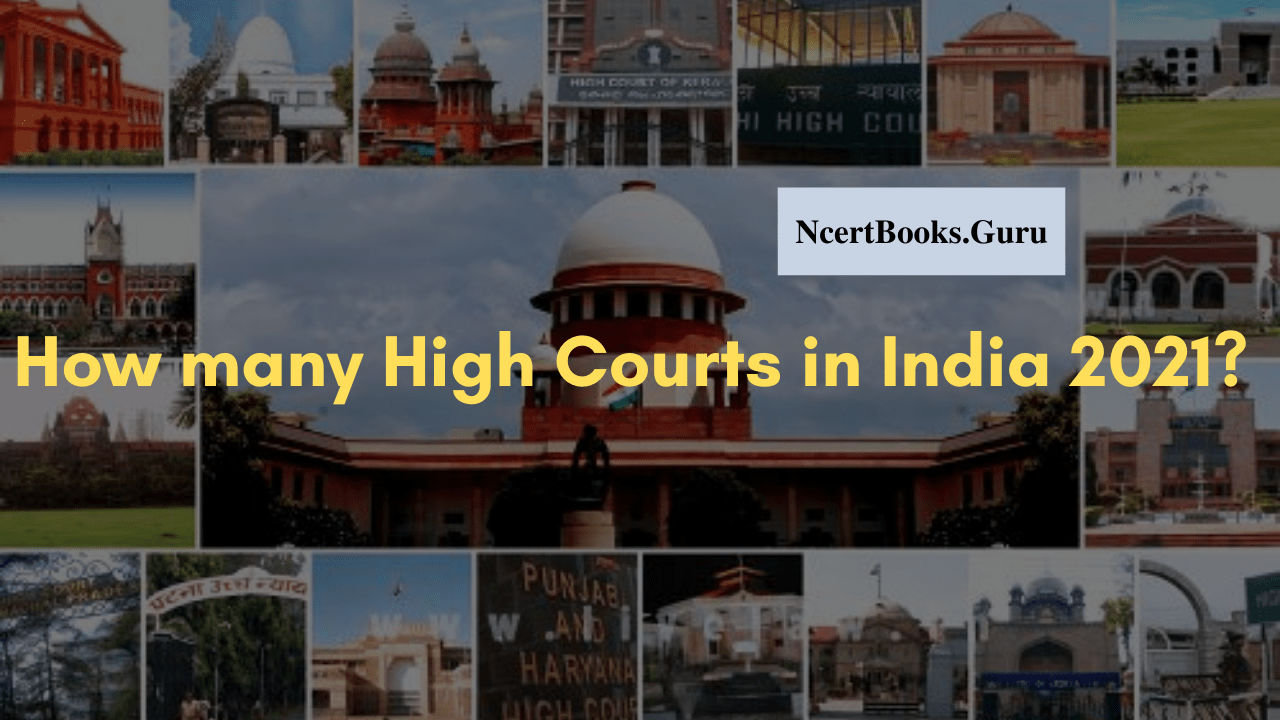 High Courts in India List along with complete details are provided in this article. Students who are preparing for UPSC, SSC, Bank, and other competitive exams can collect ultimate information about Indian High Courts. High court means the highest judicial court in the state. After the Supreme Court of India, the high court is known as the second-highest court inf the country.

At present, India holds the 25 high courts formed in all states of the country. When it comes to the Indian Judiciary, the topic of the High Court in India plays a vital role for the candidates appearing for the UPSC Exam 2021. This guide will help you understand the essential details regarding the high courts of India such as powers, the appointment of judges, qualifications, tenure, major terms, jurisdiction, and many others.

You can also check the Difference Between High Court and Supreme Court & Their Similarities from our website Ncertbooks.Guru. Moreover, this article will help you a lot during the preparation of the IAS Exam or other General Knowledge Quizzes.

The newly established high courts in India are Telangana High court and Andhra Pradesh High court, in the yeat 2019. In each and every High Court of India, there is chief justice and several other judges whose selection is done by the president of India. The first journal in India, the Madras Law Journal was published by the Madras High Court committed to reporting judgements of a court in 1891.

How many High Courts in India have jurisdiction more than one State/s or Union Territory/s?

The following are the high courts in India that have jurisdiction over more than one State/s or Union Territory/s:

Currently, the following jurisdictions are held by a High Court:

Composition, Qualifications, and Tenure of High Courts in India

Following are the main points regarding Composition, Qualifications, and Tenure of High Courts in India. Take a look & remember them throughout your life as it was a general awareness topic.

Composition of the High Court:

Normally, the high court judges’ retirement age was set at 60 later on it was increased to 62 in 1963 as per the 15th amendment of the constitution.

From then to now, the salary paid to a High Court Judge has seen massive growth. So, the High court judges salary description is given clearly in the below table:

Other than the salary to judges in the high court, there are numerous perks and allowances provided to a Judge in High Court.

At present, there are 25 High Courts in India.

2. Which is the last High Court in India?

The last high court in India or the 25th HC of India is Uttarakhand High Court as per the Alphabetical order.

3. Which is the first high court in India?

‘The High Court of Judicature at Fort William’, now called the ‘ High Court of Calcutta ‘, is the first HC of India that came into existence on 14 May 1862 by the Letters Patent, announced under the Indian High Courts Act, 1861, and was formally inaugurated on 1 July 1862.

4. What types of Courts are there in India?