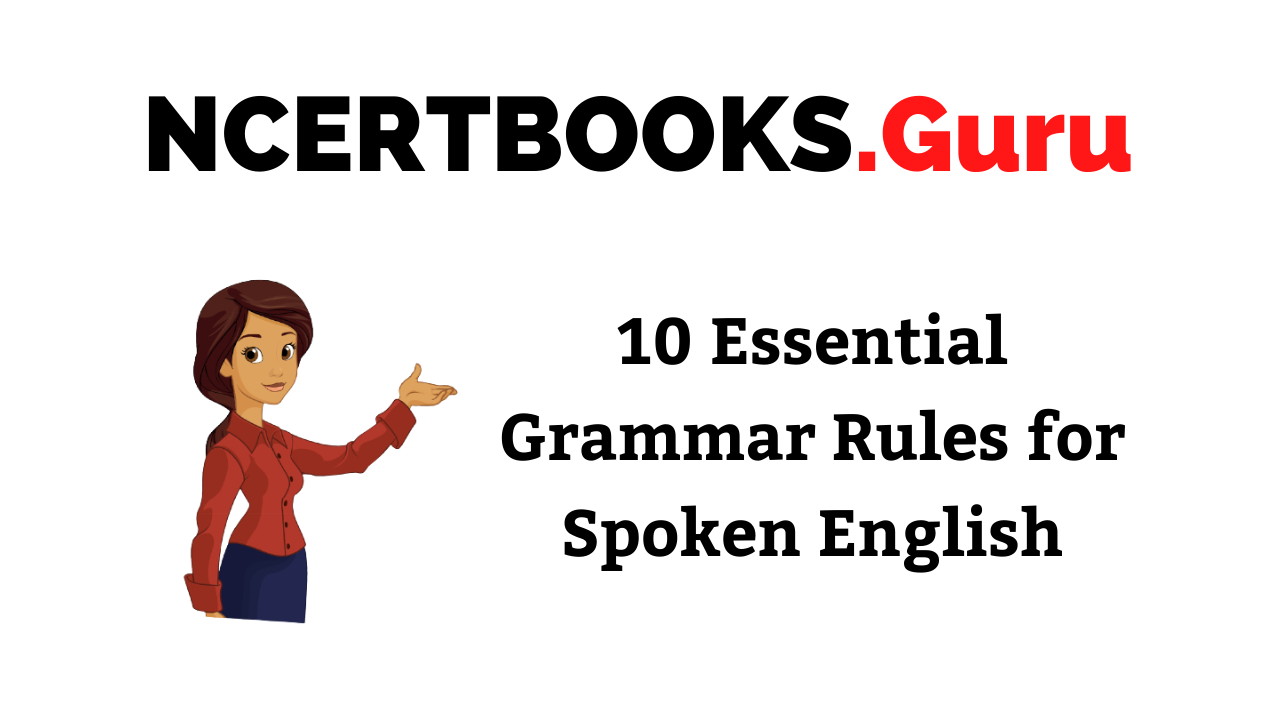 Introduction- Spoken English is how the English language is transmitted through sounds and is spoken to convey things to others. This is a more conventional system as compared to written English. Spoken English, the more natural and widespread way of transmission, though ironically, most people find it much less familiar. This is because it is more difficult to ‘see’ what is happening in speech than in writing.

Also, the relationship between written and Spoken English is very crucial. Since the middle ages, written English served the purpose of transcriptions. Recently, writing on-line with the computer has hastened the trend and growth of informal speech. Hence, written English and spoken English are losing their identity as specific forms of language.

Speaking fluently in English has been a problem for many people. Reading, writing, or listening is fundamentally different from the skill of speaking in English. A person having writing, reading, or listening skills, but no speaking practice will struggle with fluency. Most English learners face difficulties in speaking because they tend to emphasize more on the grammar rules. This often makes them insecure and anxious.

As an English learner, you must spend quality time to understand the language. It involves practicing grammar, vocabulary, idioms, and colloquialisms. Spoken English is much more than just the theoretical knowledge of the English language.

Learners generally resort to several strategies to augment and enhance their skill in using a foreign language, English, in this case. At times, the lack of basic knowledge of grammar tends to create precarious situations for them. This mere misuse or mistake of grammatical points makes them judged.

Grammar is an elementary part of any language. The use of correct grammatical words frames a sentence. Grammar is essential because it is the language that makes it possible for us to talk about language. Grammar opens a window into the human minds and also into our complex mental capacity.

Grammar is often associated with errors and correctness. Grammar also helps us understand the preciseness of sentences and paragraphs. Grammar can be part of discussions on literature. And knowing about grammar allows us to find that all languages and all dialects follow grammatical patterns.

Many English language learners know all the grammar rules but have zero confidence with usage. As a result, they have to struggle a lot when it comes to speaking English fluently. Having an intellectual understanding of grammar can help some learners, but for others, it’s more about repetition, memorization, and getting idiomatic phrases onto their tongues.

Although, in the case of Spoken English, it is not just about the grammar but also about the way you speak. The fluency comes from regular practice. Grammar is just an ingredient to it to make it sound more precise and more distinct. But pronunciation and fluency are the most important.

Stephen Krashen, a professor at the University of Southern California and a linguist with plenty of work in second-language acquisition, has stated that language acquisition doesn’t require extensive use of conscious grammatical rules and does not require tedious drills. Apart from having a thorough knowledge of grammar such as tenses, subject-verb agreement, and so on, one must practice speaking. Particular emphasis must be given to reading and listening.

Besides grammar, one must learn to study different phrases. The use of correct words is vital for spoken English. It is also essential to get proper study materials with adequate information to get the best out of you.

1. Correct use of Tense

Tense is defined as a verb-based method for indicating the time and sometimes continuation of a process or action with relation to speaking. Tense can be classified into four forms: simple, perfect, continuous, and perfect continuous. Each of these three subtypes, namely, present, past, and future. In conversations, we generally use all of these, but it is essential to choose the correct Tense while speaking so that the sentence does not become complicated to say or even to understand.

I read the book.

My brother does regular exercise every afternoon.

The sun rises in the east.

I take a walk in the afternoon.

He watched TV every day after coming back from school.

The servants used to tell them stories.

I shall go to school.

He will do the work.

My father will come here tomorrow.

I am reading a book.

We are going to Delhi tonight.

He is writing a book.

I am walking in the park.

He was having breakfast.

I was walking in the park.

I shall be doing the work.

The event will be taking place shortly.

I have read the book.

They have done the work.

He has studied for several hours.

I have walked in the garden for half an hour.

He had come home.

They had opened the door.

Hardly had we left when it began to snow.

I had walked into the park before it started raining.

I shall have written the letter by then.

He will have left the place.

I shall have done my work before my school reopens.

I have been walking in the poolside for the last 30 minutes.

We have been working on this project since last month.

She has been doing the job all week.

It has been raining since Sunday.

I had been walking.

We had been working.

It had been raining.

She had been teaching.

I shall have been doing this.

He will have been studying in Oxford before he gets his degree.

2. Use of Regular and Irregular Verbs

Regular verbs are formed by adding -ed in their past and past participle forms. These are often termed as ‘weak verbs.

The past and past participle forms of irregular verbs are formed in different ways or patterns.

There are mainly three kinds of irregular verbs.

Some verbs can be considered as both regular and irregular. These are specific and are easy to remember. Also, there are just a few of such words.

3. Use of Common Prepositions

Put the cup on the dish.

He is fond of reading novels.

The sky is above our head.

She lives with her parents.

Prepositions may be grouped into six specific classes:

She comes here once a week.

You are using Present simple instead of ‘will’ + Infinitive future when you describe things that might or might not happen. Typically, these sentences must be started with conjunctions like, ‘if’, ‘when’, ‘as soon as’, ‘unless’, etc.

A replacement of a noun or a noun-equivalent is called a pronoun. The function or the role of pronouns falls under three categories: subject pronoun, object pronoun, and possessive pronoun.

He is talking about Lily’s art.

Here, Lily is the subject pronoun.

A possessive pronoun shows the relationship.

In case when ‘Lily’ is replaced with ‘she’, it becomes an object pronoun.

The person or thing that acts, i.e., the verb, is called a subject. For example: He is reading a book. Here, ‘he’ is the subject.

Commonly termed as Syntax, Subject-verb agreement is the rule of placing the verbs in agreement with the subjects in number or person.

General rules of this subject-verb agreement include-

2nd person- You are, you were

3rd person- He is, they are, she was, they were

2nd person- You have, you had

3rd person- He has, they have, he had, they had

Example- I do, we do

He does, they did.

7. Use of appropriate adjectives

Adjectives are words that qualify a noun or a pronoun. Usually, when speaking of an object or a subject, different terms are often used to describe them in particular. In spoken English, it is essential to use correct adjectives while having a conversation.

Adjectives may be classified as:

Now, adjectives have a degree of comparison, namely, positive, comparative, and superlative.

This use of degree while speaking must be kept in mind and must be used appropriately.

8. Correct use of adverbs

Adverbs are used to highlight or qualify any part of speech except for a noun and a pronoun, modifying the meaning of a verb, adjective, or even another adverb. There are mainly three types of adverbs: Simple, relative, and interrogative.

Adverbs can e used in three definite ways. These are:

Example: It is here.

Example: Here is a call for you.

Example: He raised his hands up.

One must use correct conjunctions to join sentences, words, or even clauses while speaking or even when writing. Conjunctions have two functions: 1) Coordinating 2) Subordinating.

These are used to join the principal clause and a subordinate clause and even to denote the clauses. These indicate effect, purpose, manner, degree of comparison, condition, contrast, apposition, and concession.

He is so feeble that he cannot even stand properly.

Hardly had I left the room when the lights went off.

10. Proper Use of Singular and Plural Nouns While Speaking

While learning about English grammar, nouns are to be taught first. These are naming words and can be singular or plural. Singular nouns denote one person, place, thing, or object. Plural nouns refer to multiple locations, things, people, items.

It must be noted that some words are constant in both singular and plural forms. Example:

Many people have shallow confidence while speaking English. They stress the correctness, grammar, and vocabulary part. Hence, they have to keep a lot of things in mind while talking. Their fluency is curtailed, and they stumble over words. They have a lot of insecurities, fears, and anxiety, as they are always being judged.

Speaking English becomes very difficult when you compare your English level to what you want to achieve. Learning English doesn’t come naturally at the moment you start speaking. It is a continuous and regular habit.

Grammar rules are essential while learning or even speaking English, but one must keep in mind that just these rules will not yield much progress in your speech if you do not practice speaking English regularly. Spoken English emphasizes mainly fluency and hence regular practice is crucial for rapid improvement.