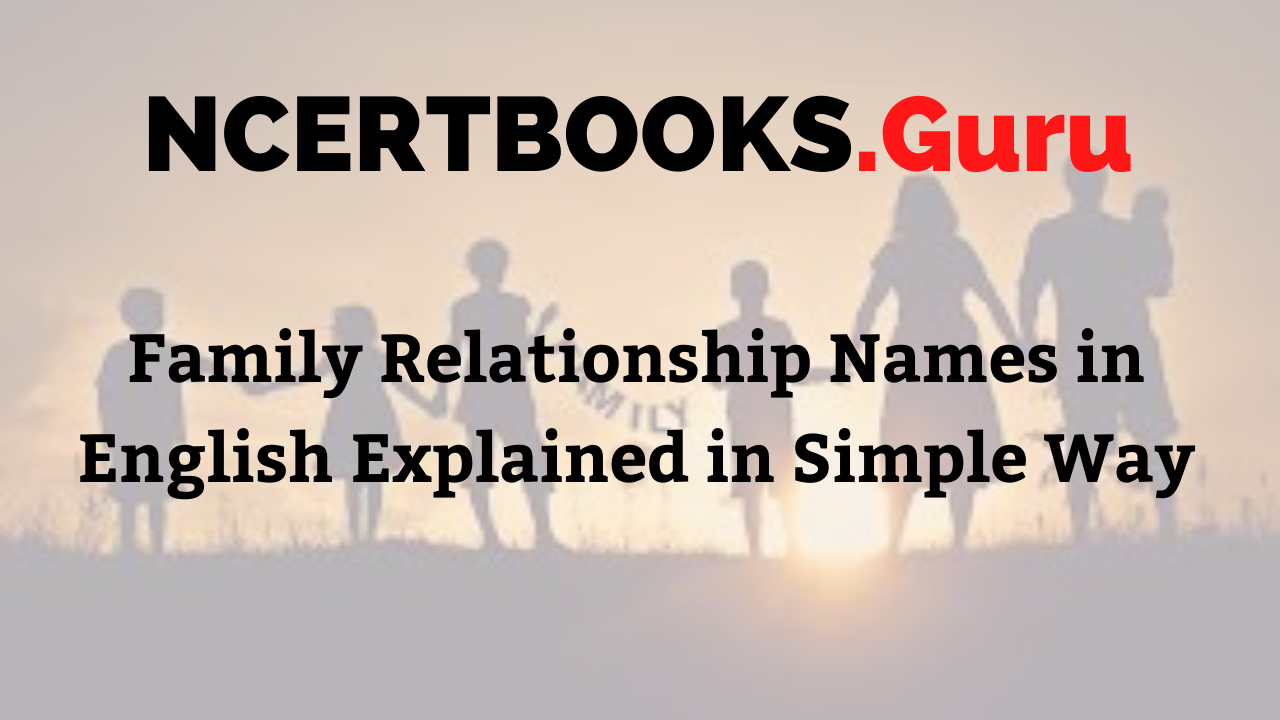 Family refers to a person’s smallest family unit, consisting of the closest relatives such as parents, siblings, and children. The inclusion of the immediate family members may differ depending on which organization determination. Your immediate family may include:

Daughter: The female child of the family.

Son: It is the male child of the family.

A Stepfamily, a bonus family and a blended family are families where at least one parent has children that are not biologically or adoptive related to the other spouse or partner. Children in the stepfamily may live with one biological or adoptive parent. The stepfamily also falls under the category of an immediate family.

” Step-” means that you are related as a result of one parent marrying again. This is the term used to describe the new members of the family when someone gets married. Therefore, Immediate families can also include:

Stepsiblings: A stepbrother or stepsister share one common parent who is married to each other at that point.

Stepparents: A Stepmother or Stepfather is not biologically one’s parent but is married to one of the biological parents.

Stepchildren: A stepson or stepdaughter is not biologically one’s child. Instead, they are the children of the person someone is married to at a particular time.

A step-aunt is the spouse of your parent’s brother or sister and is not the mother of your cousin. There is no blood relation in this relationship. 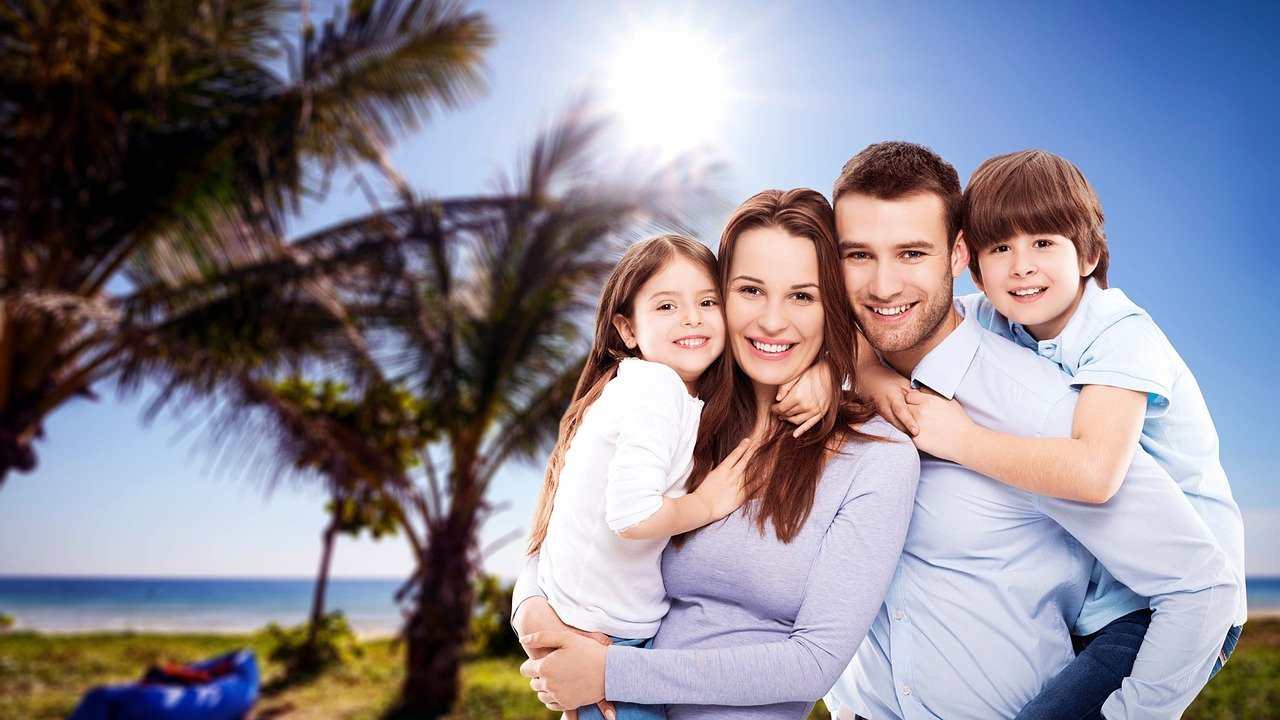 The definition of maternal is something related to the characteristics of a mother like relatives from a mother’s side of the family. They include:

Maternal grandmother: The mother of your mother.

Maternal grandfather: The father of your mother.

The side of your family, which is related to your father, is known as the paternal family. They include:

Paternal grandmother: The mother of your father.

Paternal grandfather: The father of your father.

Your paternal side and maternal side of the family is also your second degree or extended family. A second-degree relative is someone who shares a quarter of a person’s genes. They are a part of your extended family and the closest to you after your immediate family. Other than your grandparents or uncle and aunt, they also include:

Grandson: The son of your daughter or son is your grandson.

Double cousin: Cousins with twice the number of common ancestors are known as double cousins. You and your double cousin share about a quarter of your genes, which is the same amount you share with your grandparent, a half-sibling, an uncle, or aunt.

Third-degree relatives are a category of family members that constitutes a segment of the extended family. The expression is generally used in reference to the amount of genetic overlap that exists between the two sets of people, with third-degree relatives sharing approximately one-eighth of their genes. They may include:

Great-uncle: The uncle of your mother or father

Great-aunt: The aunt of your mother or father

Half uncle: The half-brother of your parent.

Half-aunt: The half-sister of your parent.

Half-niece: The daughter of your half-sibling.

Half-nephew: The son of your half-sibling.

7. The in-laws of the family

The in-laws are the members of the family of your spouse or any other marriage in your family. This relationship indicates that it is bounded by marriage and not by blood.

The father of your spouse or partner is your father-in-law.

The mother of your spouse or partner is your mother-in-law.

The husband of your daughter is your son-in-law.

The wife of your son is your daughter-in-law.

Your sister’s married husband is your brother-in-law.

Your brother’s married wife is your sister-in-law.

The term aunt-in-law refers to the wife of one’s uncle or the aunt of one’s spouse. Uncle-in-law is the husband of one’s aunt or the uncle of one’s spouse. These terms are essentially used to refer to two different relationships interchangeably.

In Indian English, a sibling-in-law who is the spouse of your sibling can be referred to as the co-sibling, precisely co-sister or co-brother.

8. Relation in the family of your siblings

A nephew or niece is the child of one’s sibling or sibling-in-law. As aunt or uncle are separated from the niece or nephew the two generations, they are examples of second-degree relation and quarterly related to you.

Niece: The daughter of your sister or brother, or your brother in law or sister in law.

A fraternal relative is one who is related to the sister or brother. The in-laws share the in-law relationships of the spouse’s relatives. These can include:

It is common in some cultures and family traditions to refer to your half-niece or half-nephew as just niece or nephew.

What is a cousin?

Cousins are people who share a mutual ancestor that is at least two generations away, such as a grandparent or great grandparents. You and your siblings are not considered cousins because your parents are only one generation away from you.

The number linked with your cousin has to do with how many generations away your common ancestor is. For example:

If you and another person share a grandparent who is two generations away, that person is your first cousin. In simple words, first cousins are the children of your uncle or aunt.

If you share a great-grandparent who is three generations away, then that person is your second cousin.

If you share a great-great-grandparent who is four generations away, then that person is your third cousin.

If you share a grandparent who is five generations away, then that person is your fourth cousin.

Step-cousins are stepchildren of an individual aunt or uncle, nieces and nephews of one stepparent, or the children of someone’s parents step sibling. Cousin-in-law is the cousin of a person’s spouse or the spouse of a person’s cousin. None of these relationships have consanguinity and therefore are not related by blood.

10. The once removed family

Cousin once removed: A cousin who is either one generation above or below you.

Cousin twice removed: A cousin who is separated from you by two generations.

This pattern continues with each generation, and they are known as distant cousins.

Interestingly according to sources, Vogue singer Madonna is Hillary Clinton’s 10th cousin. Clinton is also related to Angelina Jolie from the other side of her family, and they are night cousins twice removed.

There is another far stretched but exciting relationship. Through ancestral tracing, it was also found out that American comedian Ellen DeGeneres and the English princess Kate Middleton are 14th cousins twice removed.