Status of Women in India Essay: Status of women in a nation specifies the nation’s worth, as Dr Jawaharlal Nehru once stated. In ancient India, the culture was backward to deprive women of their fundamental rights and equality with men of the Indian society. As a result of the situation, several prominent entities like Raja Ram Mohan Roy and Swami Vivekananda began a movement against women’s struggle with inequality and subjugation. Mahatma Gandhi also induced the revival of the status of women through active participation in Freedom struggles. As a result, ever since the Independence struggle, women’s status in India has slightly gone up.

The article contains the Status of Women in India Essay for the students and children of different age groups and classes. It is an essential source for spreading awareness about equality and equal rights for women and letting the future generation understand the benefit of uplifting women’s status.

We provide children and students with essay samples on a long essay of 500 words and a short essay of 150 words on the topic “Status of Women in India” for reference.

India is a country that worships women as a form of the goddess, and at the same time, many Indians also mistreat women of Indian society. Ever since the days of folklores, womanhood remained a pawn played by dominant figures in Indian culture. For example, in Mahabharata and Ramayana, Draupadi and Sita got ill-treated through incidents like Exile and ‘Agni Pariksha’, respectively.

However, after the emergence of freedom struggle across the nation, the women of the society started coming out and breaking through their shell to be the part of various movements and protests against the British rule. Further, a more significant segment of women started receiving an opportunity for studies and seeking Education. India already is home to women with immensely successful histories, who gained success after struggles, battling the social stigma, and standing out as a dignified identity.

Through recent times, self-consciousness and Education among women elevated their development and progress, empowering them and assuring them to pay the path of success in various fields. Currently, India does not have any shortage of women in the medical field, technical field, teaching field, legal sector, or any other occupation. India witnessed the growth of empowered women taking higher positions in various offices and institutions. For example, Indira Gandhi became the first woman Prime Minister of India and successfully guided India for fourteen years while contributing to domestic and financial development.

Status of women in India is higher and better than many of their counterparts, including several other developing nations of the World. Still, there is room for more improvement in raising the status of women in India. There are evident how several women of middle-class society in India are conscious of their privileges and rights and have undergone an economical and vocational transformation in recent years. Many women in Indian society are employed successfully in several sectors, and many of them also occupy senior positions in the business or administration.

Even after the marked change in women’s economic and social status in India, they still undergo a lot of burdens as they have to work outside and maintain household chores. India still comes out as a patriarchal and male dominating society. Women of society still have to depend somewhat on a male to seek protection and help in various life stages. Men are still regarded in Indian society as superior to women of society. Furthermore, in many families, the birth of a son is considered as an honoured privilege. In contrast, that of a girl is regarded as a curse and liability and cannot seek compulsory Education.

In Vedic India, women used to enjoy higher social life and family status. Women were given immense respect and considered Mother, Devi, and Shakti, which is still the same among many Indian families. Women then were adored and respected more than they are now, and were considered the entity where God resides. Yet, even after all the respect given to them, many people consider them as a weaker sex, exploit them, and harass them both physically and mentally. This is significant hypocrisy about Indian women that resides in the society.

Previously, Indian women also had to go through Sati Pratha or were deprived of joy and colours after their husbands’ death, which has been eradicated from the society and women are now happier than earlier after the freedom struggle. 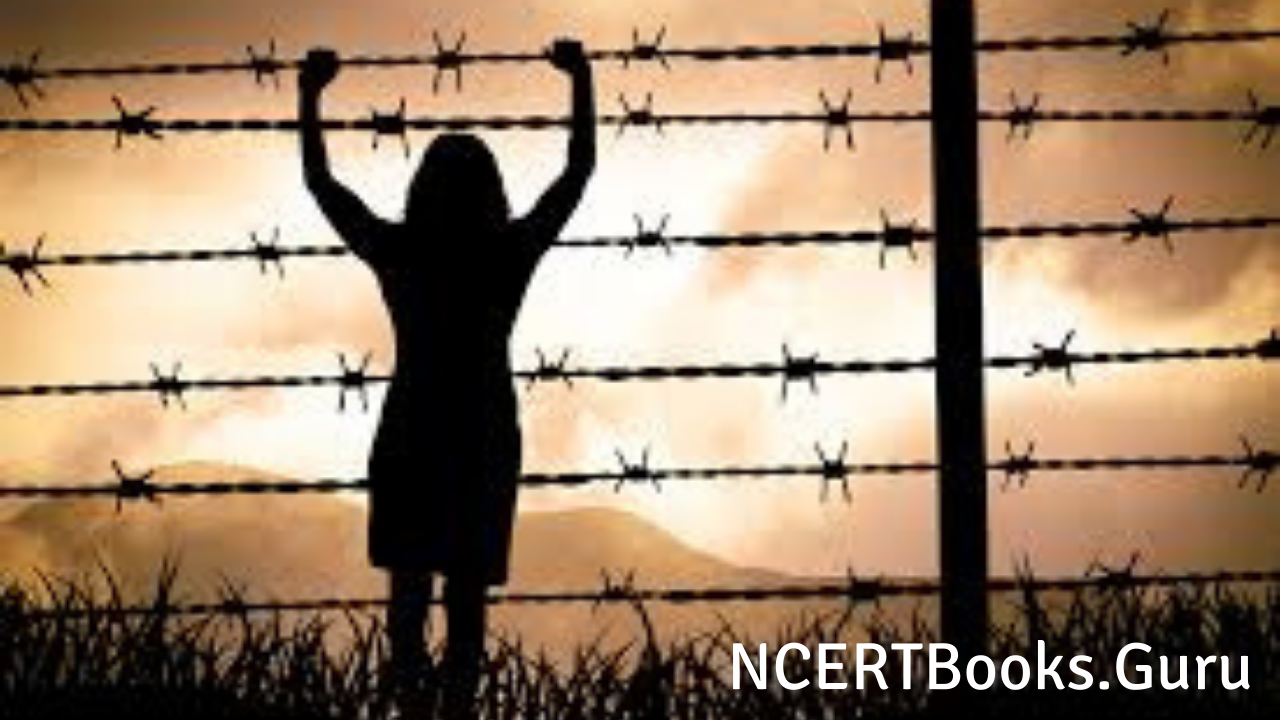 Jawaharlal Nehru once said that the status of the women of any society depicts the entire nation’s economic and mental conditions and growth. In the ancient Indian scriptures, women are regarded as the symbol of spirituality. But, they are still mistreated and have to face inequality compared to the men of the same society. Several social evils like dowry, sati system, child marriage, and female infanticide were widely spread across the entire nation in the ancient and medieval periods. The enhancement of education and occupation opportunities and rising self-consciousness among women resulted in progress and development for them over recent times. Women are also getting empowered and advancement with a higher success rate in most of the fields available around.

In the earlier period, women were educated but still had to suffer from the evils of society. Then came some prominent entities like Raja Ram Mohan Roy, Vivekananda, and others worked to enhance the status of women and eradicate the social evils against them that existed in society. Furthermore, Mahatma Gandhi also emphasized on the abolition of child marriage and other evils. Soon, experts started providing martial arts and other training to women to help them acquire a better social position and be self-independent.

Presently, women eagerly take part in a broader range of work and profession. Thus they have the privilege of equality and equal respect and dignity in the families and society. Women now also have access to equal work opportunities like men. Under Article 16 of the Indian constitution, women have been granted equality for seeking for opportunities. Furthermore, girls are also given better education provision, and even the poor girls have access to compulsory Education and the Right to Education Act, just like the boys. The female population ratio is still lower in the nation but is getting better with the time. With better education and opportunities for girls and women, the nation’s entire social and economic development is also getting a pace. Moreover, currently, India accounts for a maximum ratio of female politicians all across the World, with Sarojini Naidu being the first President of India to be a female and Indira Gandhi being the first women Prime Minister of the nation.

Even after all the advancements and development, India’s women still have to face various violence, including domestic violence like beating, kitchen fires for dowry, sexual assaults, rape s, prostitution, and others. Child marriage and female infanticide has also not wholly vanished and is practised secretly in various parts of the nation.

Women are regarded as the soul of society. They are the self-empowered and self-trained segment of the human population which is responsible for raising moral values and overall development of their children and family. Educated and successful women are a great inspiration for the family and a leading example.

All the social evils and discriminations make the women considered the second rate citizen of the nation. This is a dominant and patriarchal behaviour of Indian society, which is a cruel action, just like the violence for the country’s women. Sexual and mental abuses and acts of violence are widespread and active in Indian society, even after all the advancements and women being more educated and successful than the earlier times.

In the ancient period, social stigmas were widely spread in the society. Even though many women were also educated and learned, they had to suffer the social evils like domestic violence, sati pratha, abuses, harassments, prostitution, and others. Even in the Vedic Hindu scriptures, women like Sita and Draupadi had to face the evils even after being innocent and victims themselves. Later, with the freedom struggle, several socialists and activists came who helped raise the women’s status and abolished the evils existing in society.

Women also acquired higher political status in the society, and with time they started learning skills like martial arts and becoming independent and self-motivated. Modern India witnessed various advancements and developments in the social status and equality for the women, and many reformers worked continuously for the upliftment and betterment for the women of the Indian society.

Women in the modern days have acquired privileges and rights in the nation, are well educated, politically uplifted, socially well, economically raised, and overall progress. They also actively participate in various activities in different fields and achieve immense success in their lives.  With time, the government permanently banned evil social acts against women. But despite the bans and abolishment, the evils are still under practice secretly in various parts of the nation. And now too, the women are only completely independent if they achieve the power to elevate in society and understand their rights.

Now the women have gained gender equality regarding work, Education, and payment. They have provision for maternal leaves too and get equal opportunities under Article 16 of the Indian constitution. Present era witness active participation of girls in schools and universities. Women also equally emerge in sports activities and other fields available globally. Indian constitution’s Article 14 also made Education necessary for all girls up to 14 years of age.

Women in Indian society have acquired significant political positions, and all governmental and non-governmental (private) organizations. They hold a place in the governmental bodies for regulating the working of the nation. Furthermore, India has the most number of women politicians all across the World. But, even after all the advancements and provisions, there is still room for better reforms to ensure 100% equality and respect for India’s women. 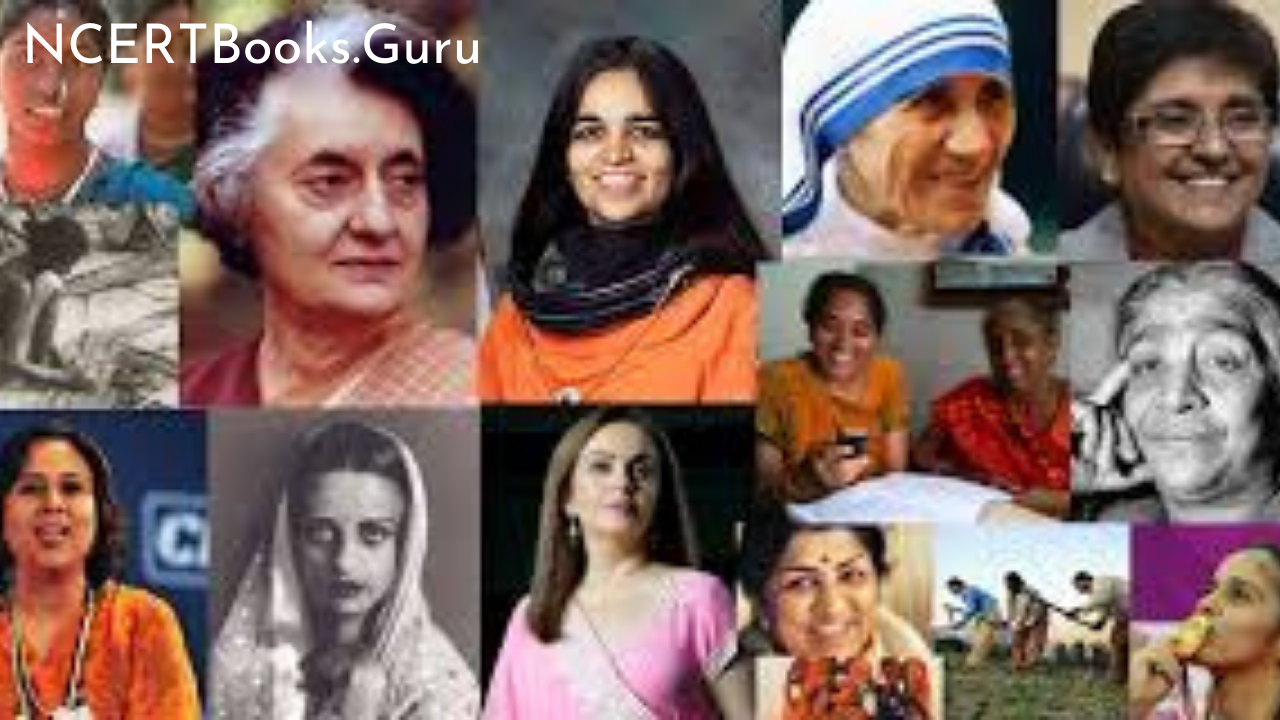 There has been a rapid and continuous transformation in women’s status compared to the earlier times. Presently, Indian society women participate in various fields and events and come out to represent their states or cities in multiple championships. Women in India have currently achieved a dignified and respectable position in their families and the entire nation.

Even after all the advancements, women still face various crimes and are suppressed by the dominating men and families. Therefore, there is a necessity for better reforms to ensure overall development and growth of women in India. Status of women in India essay is essential for the students and children to understand the social dilemma and issue and how to work for the benefits and advancement of women in society.