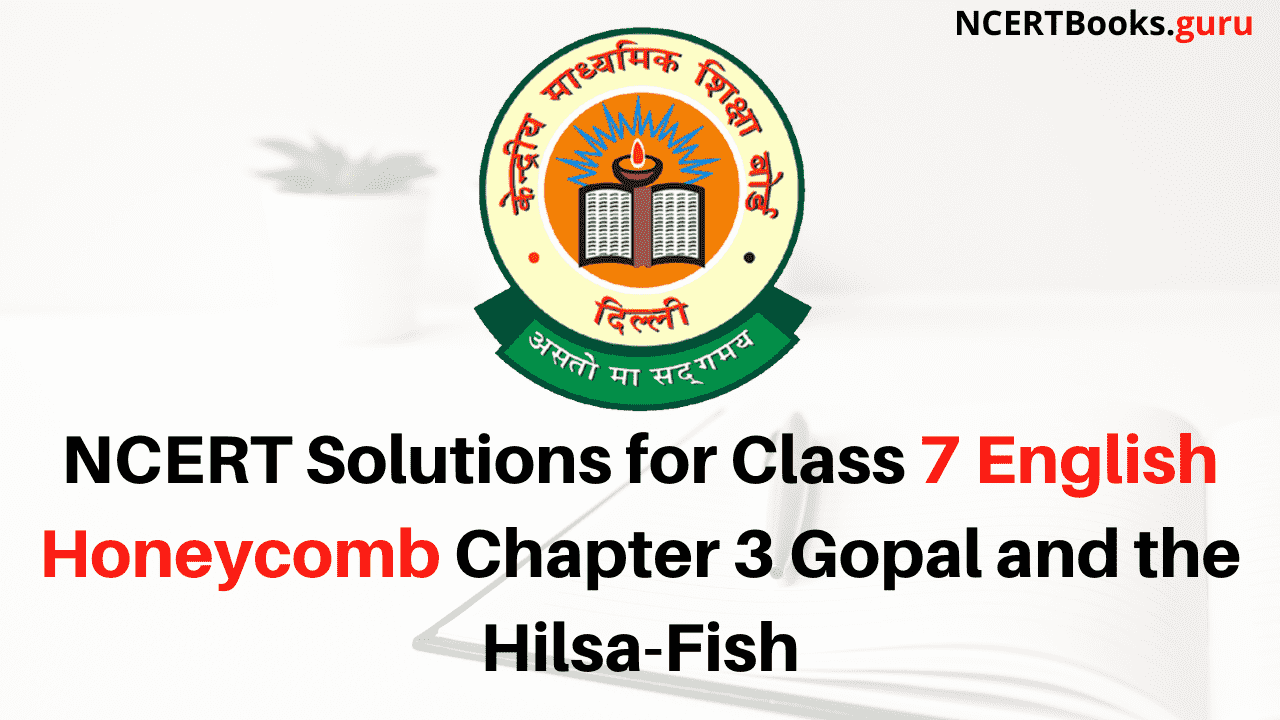 Question 2.
What did the king ask Gopal to do to prove that he was clever ?
Answer.
The king asked Gopal to buy a huge hilsa and bring that to the palace without anyone asking him a word about it.

Question 6.
Write ‘True’ or False’ against each of the following sentences.
(i) The king lost his temper easily.
(ii) Gopal was a madman.
(iii) Gopal was a clever man.
(iv) Gopal was too poor to afford decent clothes.
(v) The king got angry when he was shown to be wrong.
Answers.

Working with Language
Question 1.
Notice how in a comic book, there are no speech marks when characters talk. Instead what they say is put in a speech ‘bubble’. However, if we wish to repeat or ‘report’ what they say, we must put it into reported speech.
Change the following sentences in the story to reported speech. The first one has been done for you.
(i) How much did you pay for that hilsa ?
The woman asked the man how much he had paid for that hilsa.
(ii) Why is your face half-shaven ?
Gopal’s wife asked him ………………….
Answer.
…….. why his face was half-shaven.
(iii)I accept the challenge. Your Majesty.
Gopal told the king ………………
Answer.
…….. respectfully that he accepted the challenge.
(iv) I want to see the king.
Gopal told the guards ……………
Answer.
……. that he wanted to see the king.
(v) Bring the man to me at once.
The king ordered the guard ………………
Answer.
…… to bring the man to him at once.

Question 2.
Find out the meaning of the following words by looking them up in the dictionary. Then use them in sentences of your own.

Picture Reading
Question 1.
Look at the pictures and read the text aloud.
Answer.
Do it yourself.

Question 3.
Now write the story in your own words. Give it a title.
Answer.

There lived a stag in a certain forest. Once while drinking water, he saw his image in the pond. He liked his beautiful horns. Then he saw his legs. They were veiy thin. They looked ugly. He felt proud of his horns and sad about his feet. Just then he saw some hunters. He tried to hide in bushes. His whole body was hidden but his horns showed him. The hunters came too close for safety. The stag ran for life. His legs saved him. He understood his folly. He was proud of his horns but they could cause his death. He was ashamed of his legs but they saved his life.

Question 4.
Complete the following word ladder with the help of the clues given below: