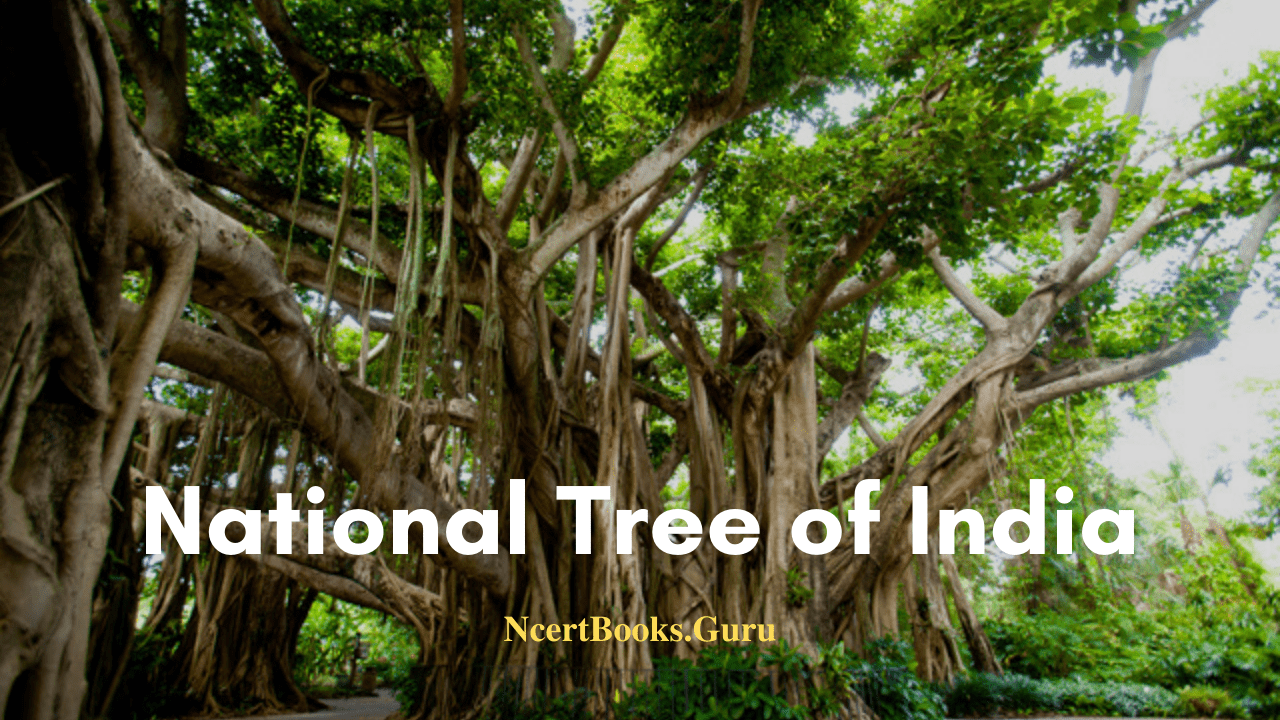 National Tree of India: The Banyan (Bargad) tree is the National tree of India also known as the Indian fig tree. Its scientific name is Ficus bengalensis and it grows across a large area. Everyone can observe banyan trees everywhere in India in spite of the region and climate, which can be one of the main reasons to give it as a national tree. The tree is viewed as a holy tree in Hindu philosophy. For ages, the banyan tree has been a central point for the village areas of India to come under the tree and discuss the incidents in the village.

Indian Banyan tree is considered eternal and is a necessary element of the myths and legends of India. The tree is often a symbol of the mythical ‘Kalpa Vriksha’ or the ‘Tree of Wish Fulfillment’ as it is compared with longevity and has great remedial properties. Also, have a look at the complete details about the National Tree of India via the below sections. Moreover, you can also check out the other India GK Topics from our provided General Knowledge Article.

Overview About National Tree of India 1. Is Banyan Tree The national tree of India?

Yes, the Banyan tree is the national tree of India and it specially entitles Ficus benghalensis (“Indian Banyan”).

2. What is the Indian national tree name & scientific name?

3. Why is the Banyan Tree important to India?

In Ancient Indian History and Hindu mythology, the Banyan tree portrays the divine originator and represents longevity. Also, the tree furnishes the fulfillment of wishes and offers material gains.

4. Where is the National tree of India is located?

Banyan Tree is located across the country.