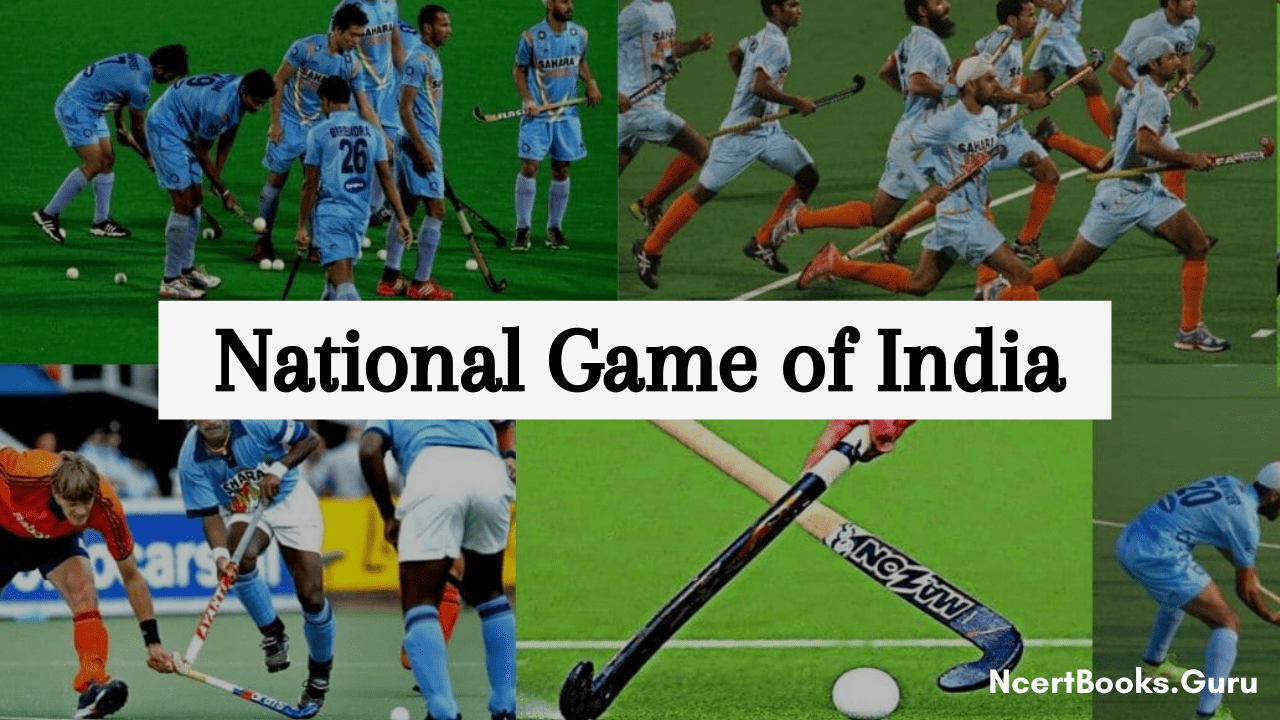 Have you wondered why Field hockey declared as the National Game of India? or Do you guys have any doubt like Is India’s National Game is Hockey or not? If yes, then you will find all answers to your questions in this article. Here, we have shared some of the facts, key points, history, rules about the hockey Indian national game. These sections will make you understand why the hockey game is known as the national sport of India in past and why it is not in present? For a better understanding of the content, we have given direct links below. Tap on the required link and gain knowledge about the National Game of India. Also, you can find more GK topics on our website to learn and answer all kinds of questions in various competitive or govt exams.

Here are some of the important details about the Indian national game ie., Field Hockey. Check out the points from below and gain deeper knowledge for further reference.

Rules of the Hockey National Game

Prior, the hockey game was played in two halves, 35 minutes each later in 2014 it was changed to 4 halves of 15 minutes each. After every period, there will be a 2-minute break. The team consists of 11 members whom 10 are on the field and one is the goalkeeper. Every player holds a hockey stick, 150 to 200 cm long slender shaft, finish in a flattened extension called the blade. The allowed maximum weight of the hockey stick is 737 grams. The ball is small in size and made with hard plastic. The hockey stick is made with hickory or mulberry wood and generally, the stick is flat on the playing side.

The main aim of the game is to hit, dribble and push the ball around the field and try to pass the ball on the other side of the goal post. The goalkeeper should not allow the ball to goal and miss their point. The field players need to hold, kick or carry the ball to the opposite end & goal it. The game starts at the center point and the sides are revered after the first half. To qualify as a goal, the scoring shot needs to be taken from within the striking circle. Game umpires will be two on-field and they monitor the match from the close and stop any rule breaks or misconduct. That’s all about Hockey game rules, follow them while practicing or remember them for any reference purpose.

History of the Indian National Game

One of the most ancient games performed in the present world is Hockey. The simple sport of directing a ball by using a has been played approximately 1200 years before the launch of the ancient Games of Olympia in Greece. You can see different variations of this game played through ages by almost all important races in the world.

The modern accepted version of the sport of Field hockey was established by the British. The London hockey union was standard in 1921 and the rules were combined. This game was initiated in India at the time of the British Raj. In 1855, the first hockey club was established in India. India participated in the Olympics conducted in Amsterdam for the first time in 1928.

Back in 2012, the Times of India reported a 10-year-old Aishwarya Parashar filed an RTI query to confirm her doubts about India’s national sport. The RTI query prompted a swift response from the Ministry of Youth Affairs and Sports, which confirmed that it had not declared any sport or game as the ‘national game.’ Since then India is not having any national game of the country, even on the official website of the government.

1. How many gold medals have been won by the Indian hockey team in the Olympics?

The Indian hockey team has won eight gold medals in the Olympics till date.

National Games 2021 will host by Chattisgarh.

3. Is hockey is the national game of India?

Well, not. And even it is not cricket. In fact, India does not have a national sport officially. Even though some specialists consider that Hockey is the national game of India, but there is no official confirmation on that.