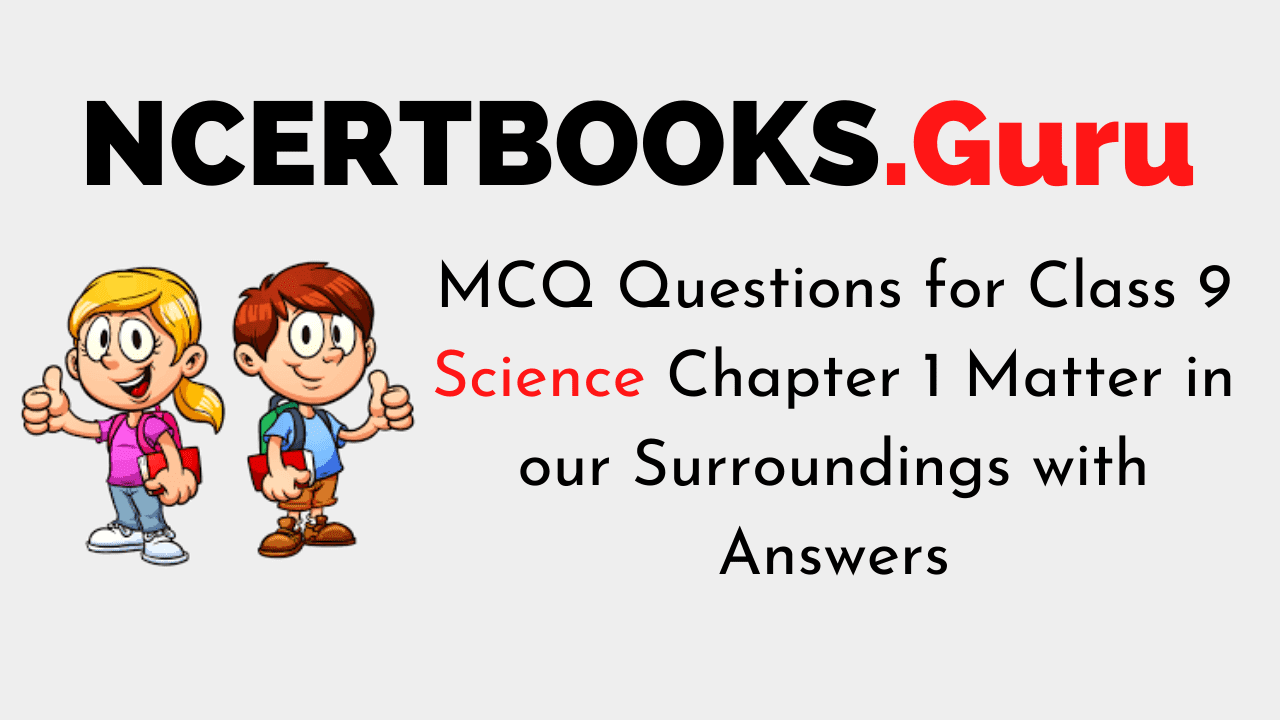 MCQs from Class 9 Science Chapter 1 – Matter in Our Surroundings are provided here to help students prepare for their upcoming Science exam.

MCQs from CBSE Class 9 Science Chapter 1: Matter in Our Surroundings

3. A form of matter has no fixed shape but it has a fixed volume. An example of this form of matter is
(a) Krypton
(b) Kerosene
(c) Carbon steel
(d) Carbon dioxide

6. When water at 0°C freezes to form ice at the same temperature of 0°C, then it:
(a) Absorbs some heat
(b) Releases some heat
(c) Neither absorbs nor releases heat
(d) Absorbs exactly 3.34 x 105J/kg of heat

7. When heat is constantly supplied by a burner to boiling water, then the temperature of water during vaporisation :
(a) Rises very slowly
(b) Rises rapidly until steam is produced
(c) First rises and then becomes constant
(d) Does not rise at all

10. Four students took separately the mixture of sand, common salt and ammonium chloride in beakers, added water, stirred the mixture well and then filtered. They reported their observations as shown below

Who reported the observations in the correct order of the components as residue and in the filtrate?
(a) I
(b) IV
(c) III
(d) II

11. Which of the following phenomena always results in the cooling effect?
(a) Condensation
(b) Evaporation
(c) Sublimation
(d) None of these

12. Which of the following cannot be considered a form of matter?
(a) Atom
(b) Water
(c) Humidity
(d) Electron

13. Which of the following causes the temperature of a substance to remain constant while it is undergoing a change in its state?
(a) Latent heat
(b) Lattice energy
(c) Loss of heat
(d) None of these

14. Which of the following statement is correct?
(a) Materials existing as liquids at room temperature have their melting and boiling points lower than that of room temperature.
(b) The phenomenon involving the transition of a substance from solid to liquid state is called sublimation.
(c) To convert a temperature on the Celsius scale to Kelvin scale, subtract 273 from the given temperature
(d) The density of ice is less than that of water.