How to Join Indian Air Force: Are you someone who wants to fly a fighter plane? If airstrikes, air missiles are something that fascinates you the most, and you want to fight for your country by means of air, then the Indian Air Force is all for you. Fighting wars by means of air is quite tough. But nothing is impossible if you have the determination. So, if you want to know How to Join Air Force, then read the article.

The Indian Air Force (IAF) is the component of the Indian Armed Forces. It consists of crew and aircraft assets that rank fourth amongst all the air forces in the world. The major aim of IAF is to protect Indian Airspace and to conduct aerial strife in case of any armed strike. The official formation of IAF was on 8th October 1932 as a confederate air force. The IAF had a major contribution to World War II under British surveillance.

Before Independence, the Indian Air Force had a prefix as a Royal. But after independence, the prefix is now removed. There are many other operations undertaken by the IAF which contain Operation Vijay, Operation Cactus, Operation Meghdoot, Operation Poomalai. Apart from handling hostile missions, IAF has a major responsibility in United Nations peacekeeping missions.

Eligibility Criteria to Join under NDA

Eligibility Criteria to Join through AFCAT 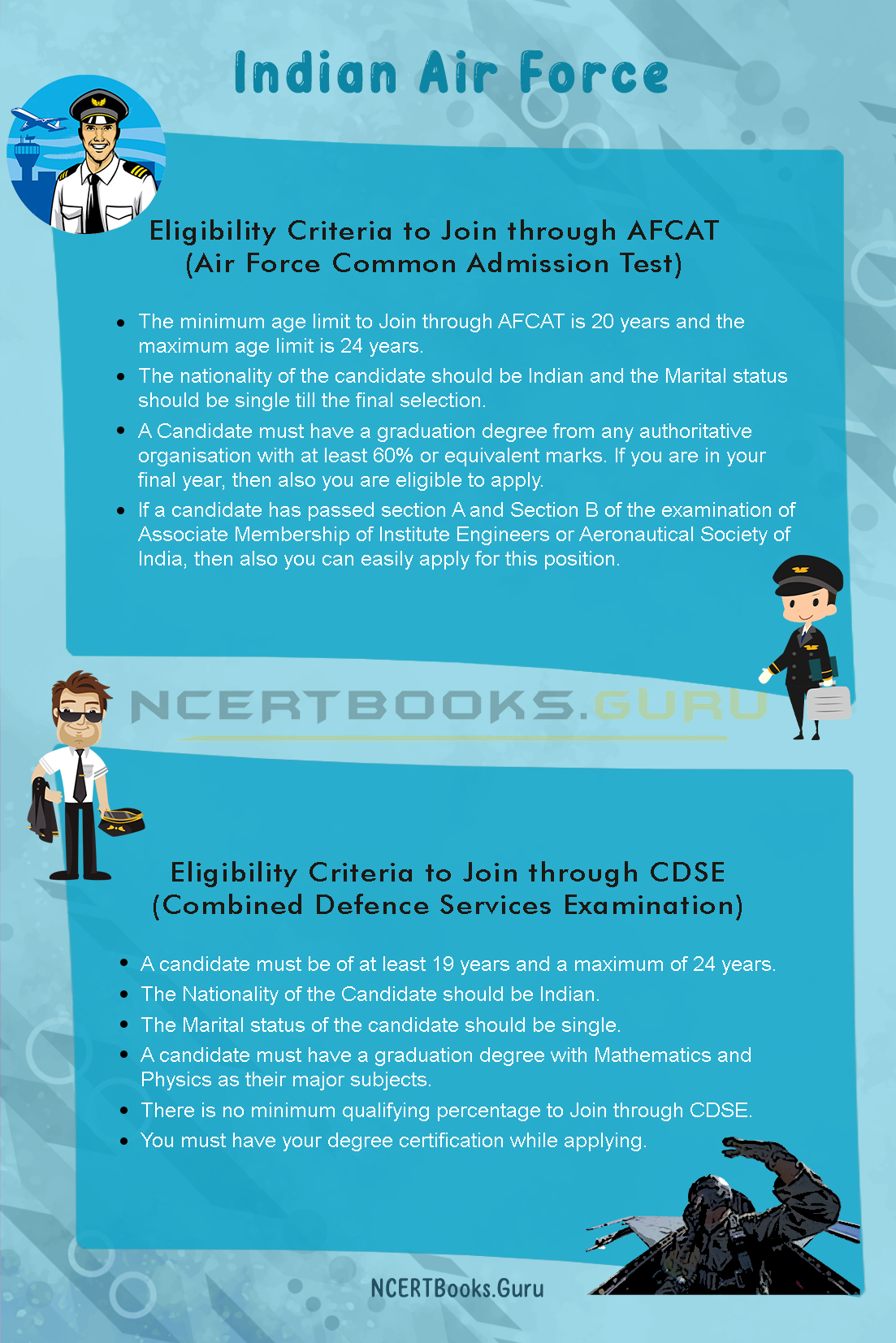 After qualifying the eligibility criteria and clearing the exams, and then if you will clear the interview round then, the candidate has to go through the Medical Examination. A Candidate will have to go through the medical examination that will be conducted at the Air Force centre Medical Establishment (AFCME), New Delhi, or at the Institute of Aviation Medicine, Bengaluru.

If a Candidate will be selected, then he/she will have to go through a scrupulous training of 3 years regimen at the National Defense Academy. And after that, you will be required to have specialized training at AF Training Establishments. After successfully passing all the levels, a candidate will become a permanent member of the Indian Air Force.

During the starting training period, the pay scales start at Rs 56,000 for flying candidates. The pay scale is common in all branches with Rs 15,600 and the grade varies for different levels. The grade pay of higher posts such as flight lieutenant, flight officer, air marshall, CAS starts above Rs 50,000 and goes till 3 lakh rupees. There are other perks as well associated with IAF such as Military Service Pay, dearness allowance, kit maintenance allowance, transport allowance, etc.

If you have the determination and will to contribute towards the victory of the nation by joining the Indian Air Force, then you should definitely go ahead with your aim. You can enter IAF by various means. Clear out the exams, interview, be medically fit and attain a position at IAF.