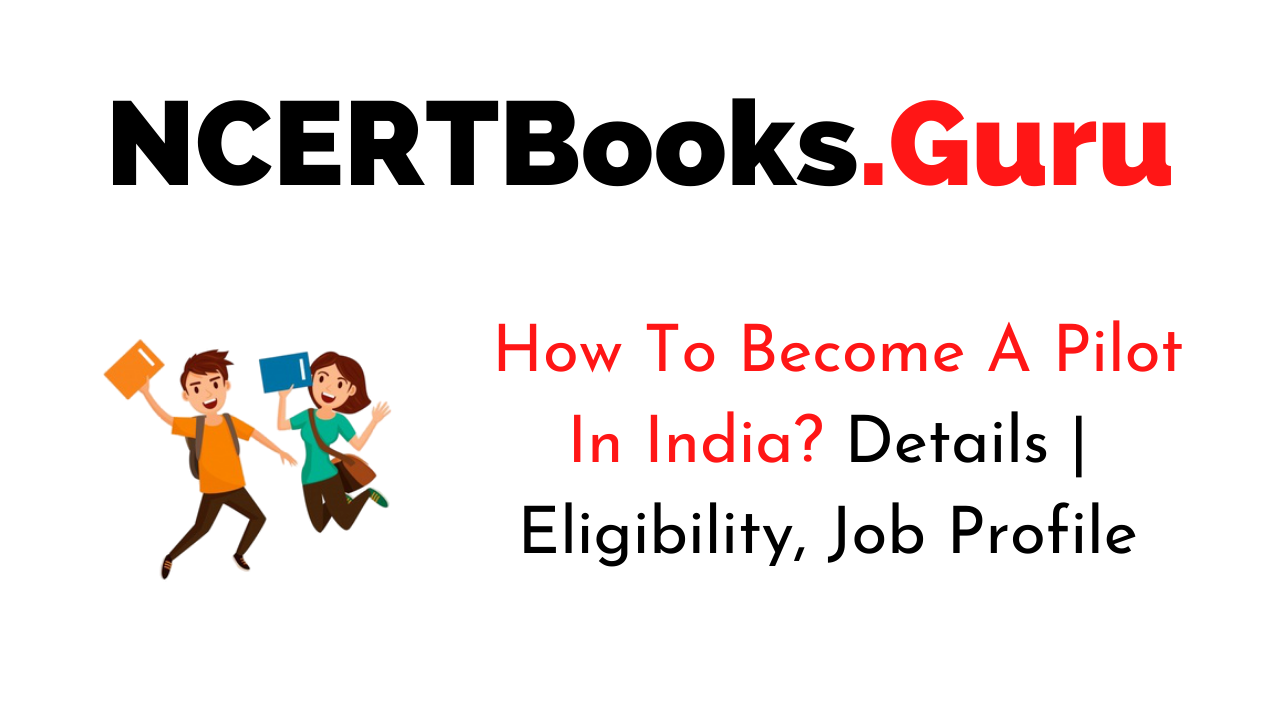 How To Become A Pilot In India?: There are many different career opportunities gaining popularity in India. Some test your educational training and skills while others need more physical and psychological training. Depending on which area of the world fascinates you and suits your abilities the most, you may have different dreams and career plans.

But if you are someone who he willing to give it your all and fly with the clouds, you’re in the right place. Shifting a bit from the mainstream choices of a career in Science or Medicine, Aviation is gaining immense popularity at present. This is not only due to the charm linked to the profession but also an outcome of ever-rising prospects for a successful career.

To know more about How To Become A Pilot In India? and weigh your advantages, eligibility, scope and other details, read more through this article.

Get to Know More about other types of Course Details in Stream wise, and Category wise.

What Are The Ways In Which You Can Become A Pilot?

For people who are willing to take up this career, it’s necessary to know the detailed educational, training and employment information related to Aviation careers. There are at large two board ways by which one can enter into the process of becoming a pilot. These include:

While civil aviation handles passenger airlines, international services by air and other commercial amenities, pilots from the Indian Defence forces are dedicated to serving the safety of the nation in many different forms like the Air Force and Aviation wings of the army and navy and so on.

Let us take a more in-depth look at the entire criteria, conditions and scope for employment in this field.

Commercial pilots usually work with a particular airline that provides passenger flying services among different places. They have a lot of responsibility to take care of as the safety and security on board of thousands of passengers depends on them. The concerned authority for civil aviation in our country is the Directorate General of Civil Aviation (DGCA).

The basic criteria at the beginner’s level are that a student must have completed their schooling from the Science stream with Physics, Chemistry and Mathematics as the compulsory subjects. Here, the minimum percentage required is 50%.  Without the prior criterion being fulfilled a student will not be eligible to start pilot training from any recognized institute.

In some cases, if one of the compulsory subjects were not a part of any student’s subject combination, they can complete the requirement by appearing for an exam from any open institute.

The entire process that will help answer the questions on How To Become A Pilot In India? is as under:

The costs for becoming a Commercial Pilot in India is around 15 to 20 lakhs but these costs can be lowered if the other route to become a pilot is taken, is through Indian Defence Forces.

In order to become a professional pilot and serve the country at minimal costs, the Indian Defence Forces will be the option for you. The process to become an Air force pilot is a difficult one considering the lifetime honor, services and job security you get. Intelligence, reasoning, aptitude, courage, etc are among the traits needed to qualify for the Indian Defence  Forces.

A major factor governing the prospects of this roue is that you are eligible to start off with your career right after passing 12th standard from a recognized institute with Physics and Mathematics. The age limit is between 16.5 to 19 years. Students can also apply after their final year of graduation. A very important eligibility factor that works for the 15 traits in humans like Intelligence courage and so on to name a few. The exam for Indian Defence Forces is limited to males only.

The National Defence Academy is the first opportunity you would get if you wish to be a part of the Indian Defence Forces. A set of exams, interviews, aptitude, and fitness tests have to be cleared.

There are minimum costs to be incurred for the Indian Defence Forces but the difficult part is to clear the different stages of entry.

There are other entry options as well after the completion of graduation. These include entry through CDSE, SSC, NCC and others. With the right amount of dedication, hard work, knowledge and physical fitness requirements, you are all set to complete your story of How To Become A Pilot In India?.

FAQ’s on How To Become A Pilot In India?

Question 1.
What are the fitness tests measured to become a pilot?

Answer:
One needs to meet the fitness test requirements of height, weight and eyesight as needed by any professional pilot working for the country.

Question 2.
What are the different ways to become a pilot?

Answer:
The different ways of becoming a pilot are:

Question 3.
Is there any written test involved?

Answer:
The written test involved in the stream is Physics, Chemistry, English and Aptitude of 12th standard level.