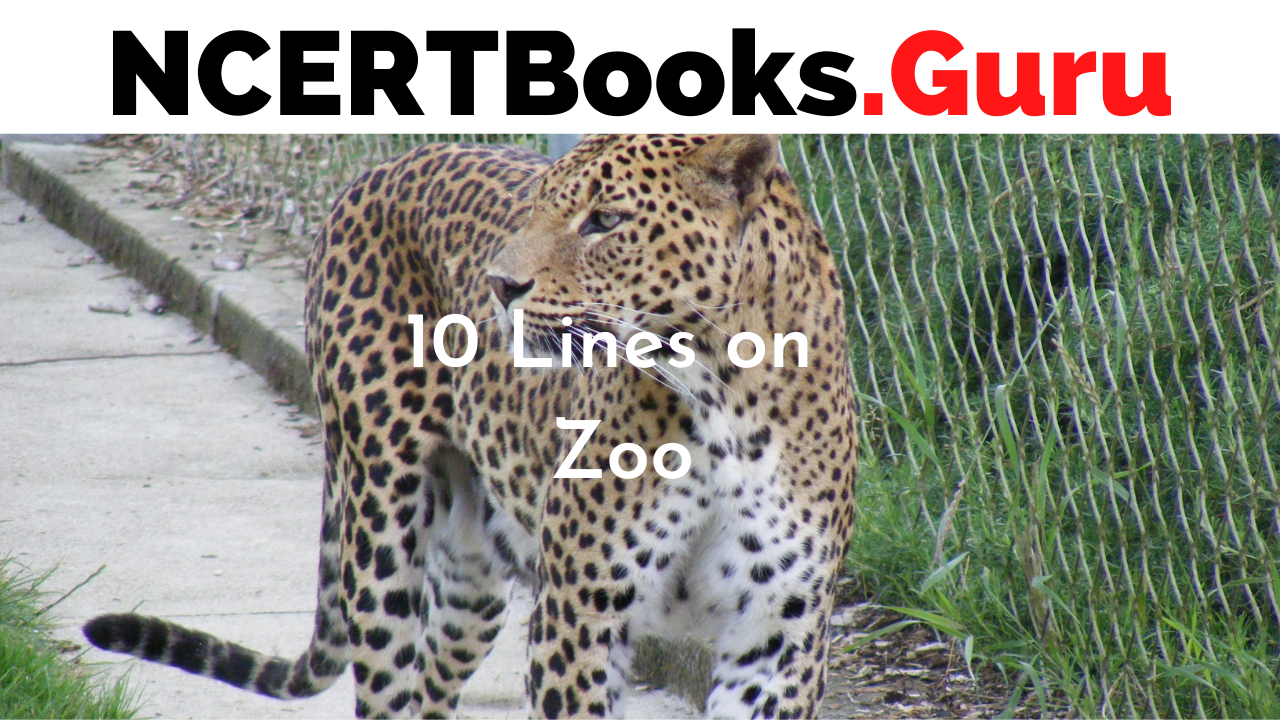 10 Lines on Zoo: A zoo is a place where animals live and are displayed for people to see. The word “zoo” is abbreviated for “zoological park.” Zoos include wide types of animals that are native to all parts of the world.

Zoos preserve endangered species by bringing them into a secure environment, where they are shielded from habitat loss, poachers, starvation, and predators. Zoo offers an enriched environment in which the animals are never worn down, are properly taken care of, and have an abundance of space.

The first zoos were built as private collections by the rich to display their power. These private gatherings were known as menageries. Wall carvings, located in Egypt and Mesopotamia, reveal that leaders and kings founded menageries during the 2500 BCE. They left records of expeditions to distant countries to bring back extrinsic animals such as elephants, dolphins, giraffes, bears, and birds. Ancient zoo owners rented animal handlers to make sure their animals flourished and reproduced.

Early zoos focused on exhibiting as many unusual animals as possible in small, cramped conditions; most modern zoos’ focus is on conservation and education. Zoo’s bring about an unique debate, zoo conservationists argue that zoos’ are educational and protect endangered species while animal rights activists argue the violation of animal rights outweigh any perceivable benefits.

Set 1 is considerate for students belonging to class one, two, three, four, and five 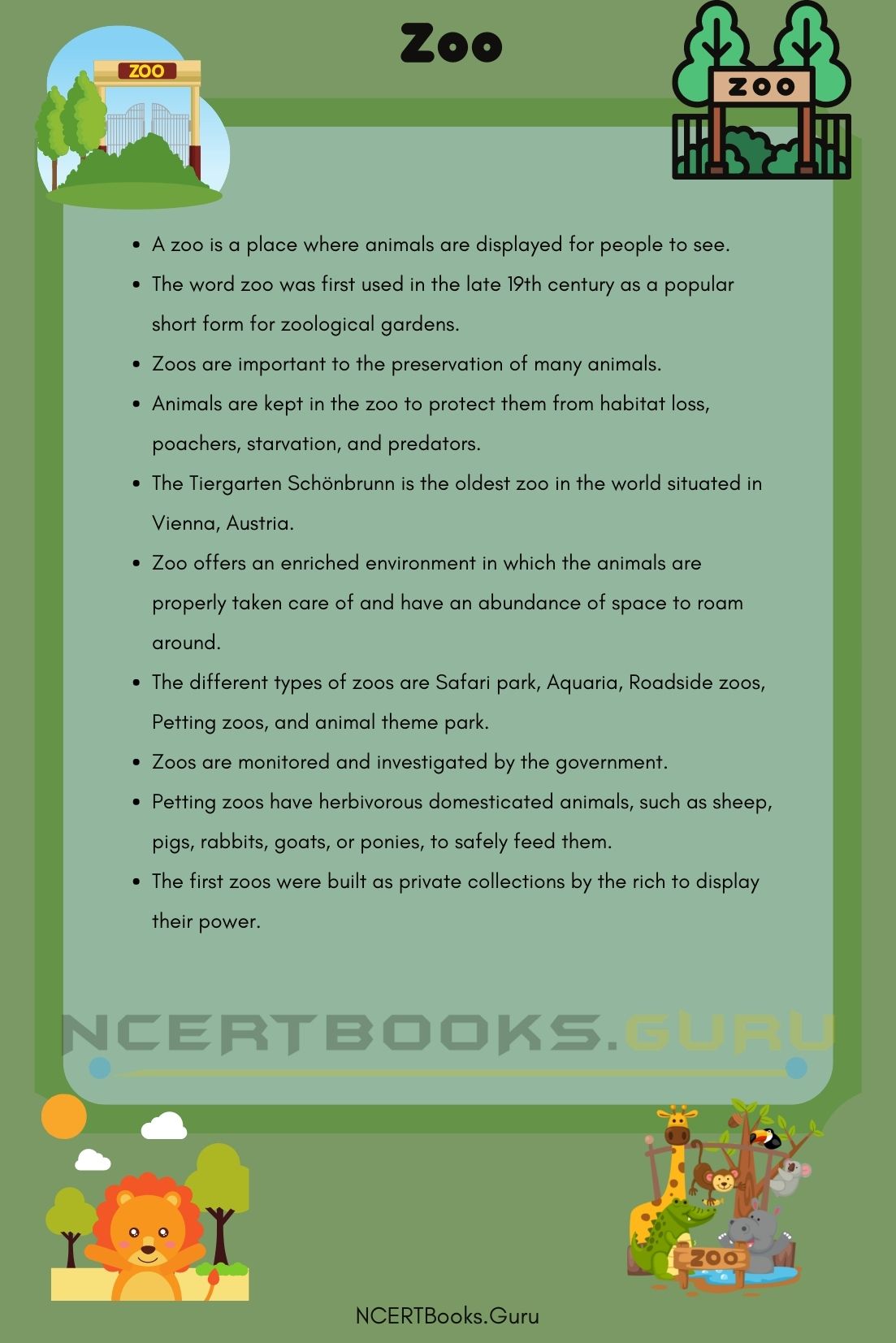 Set 2 is considerate for students belonging to class six, seven, and eight. 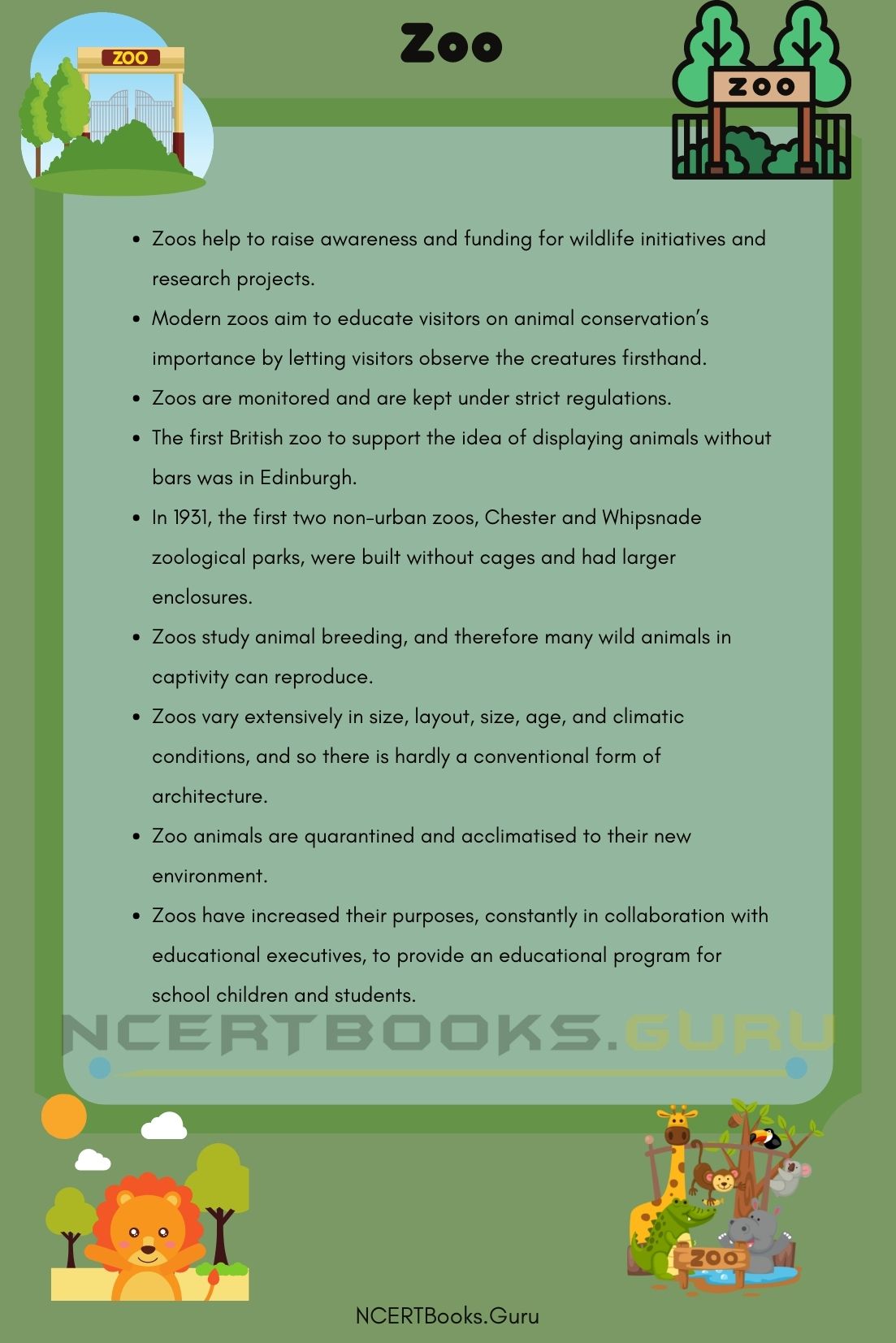 Answer:
The term “zoo” is a short-form for “zoological park.”A zoo is a place where endangered species are preserved by bringing them into a secure environment.

Question 2.
When was the first public aquarium established?

Answer:
The first public aquarium was inaugurated at the London Zoo in 1853.Public aquariums are like zoos’ but house aquatic life species for the viewing of the public.

Question 3.
How did the zoo come into existence?

Answer:
The first zoos were built as private collections by the rich to display their power. These private gatherings were known as menageries. Wall carvings, located in Egypt and Mesopotamia, reveal that leaders and kings founded menageries during the 2500 BCE.

Answer:
In recent years, a few zoos have expanded their efforts, in partnership with educational authorities, to implement an educational program for school children and students. Some zoos have full-time or voluntary guides on their staff, whose work provides more information for visitors than on labels attached to cages.