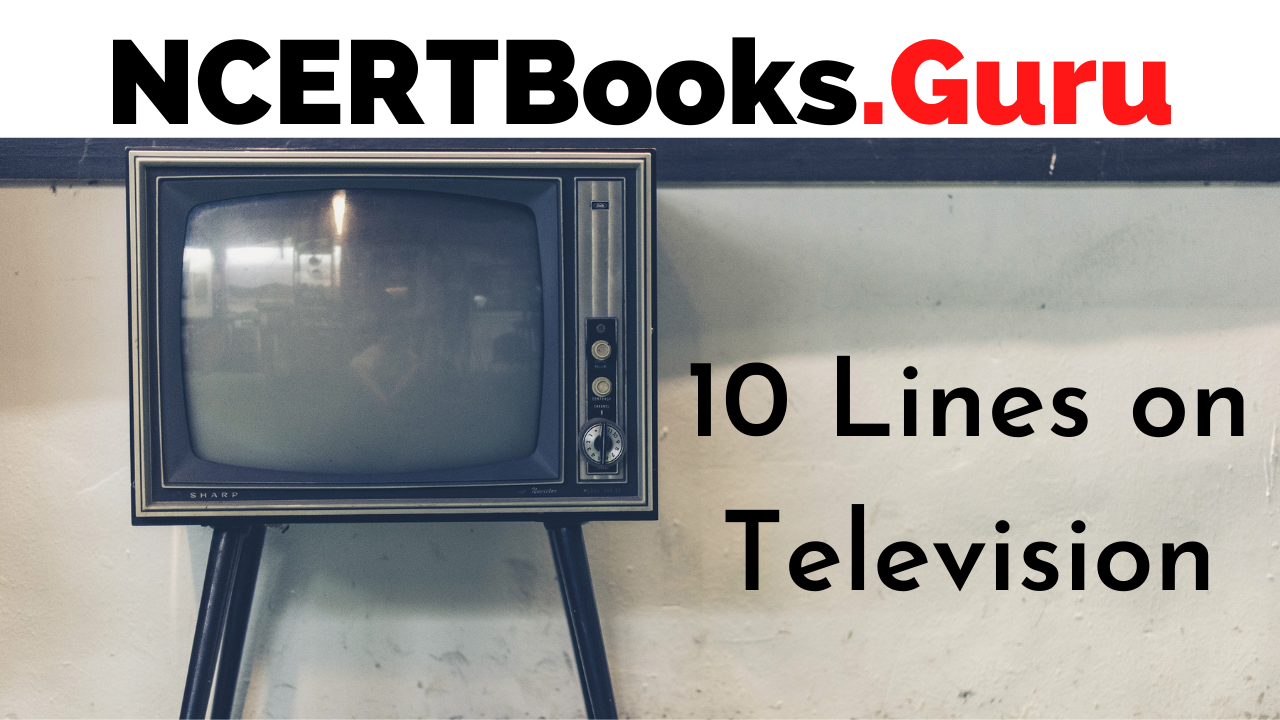 10 Lines on Television: In this era of digitalization, people still prefer to use Television as their mode of entertainment. You will not find a home without a television today, whether it is the age-old box television or the brand new flat screen with variation in inches. You can also find the black and white television ages old and no matter what you want to see, everything is available here. Today, many smart televisions are available to easily connect to Wi-Fi and binge-watch shows and series on Netflix, Prime, and more. After a hectic day, people like to spend time with their family, watching series or movies, and is considered a gadget for relaxation and entertainment.

Although many parents face problems as their children are addicted to Television for entertainment programs, its discovery has made a huge difference in connecting people around the World. Today, you can watch the news of some other country and know about their economic and political approaches which might help you in various aspects. World news has become a huge deal as you can see everything on Television today. Many channels conduct debate sessions on important topics that help the children of higher classes to get knowledge and use it in their studies. Various reality shows and competitions have paved the way for young singers and artists to flourish their business and talent globally. Here we have assembled three sets of ten lines on Television to discuss Television briefly. 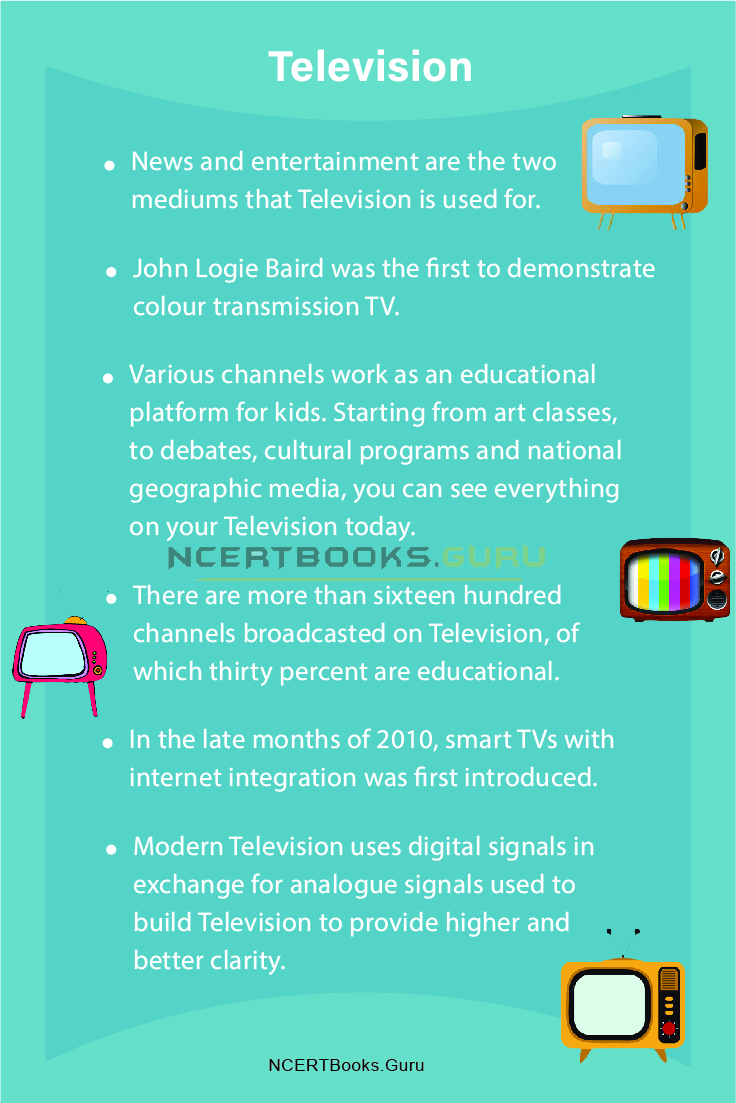 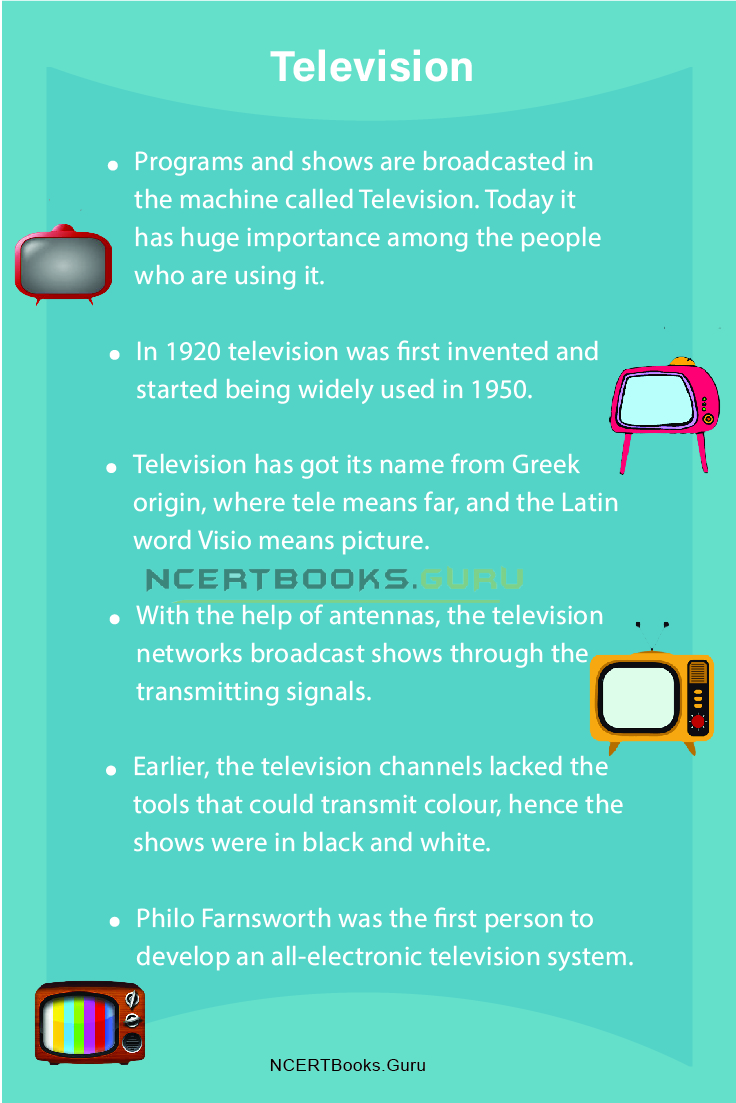 Answer:
Television is a medium that raises curiosity, helps to imagine, gather people with common interests, spread global news around the World, and encourages education. Today, various channels are available that show you the culture, lifestyle, and food people from different countries do. You will know a lot about other people and how they spend their day or the type of food that is available in those countries. People love to watch reality shows and daily soaps in India, and it is a hit and the real reason for people to keep one in their house.

Question 2.
What was the first thing on Television?

Answer:
The first thing to broadcast on Television was Felix the cats, Felix, History in 1928.

Question 3.
Who is known as the father of Television?

Answer:
Philo Farnsworth is known as the father of Television for his invention and ideas.

Question 4.
When was the first TV sold?

Question 5.
What are the types of television available today?

Answer:
The box TV was the only type of television available all over the World for ages. However, toda there are various stylish flat screen televisions available with LCD screens which give you, better and brighter picture. You will find these available in different sizes in stores both online and offline.