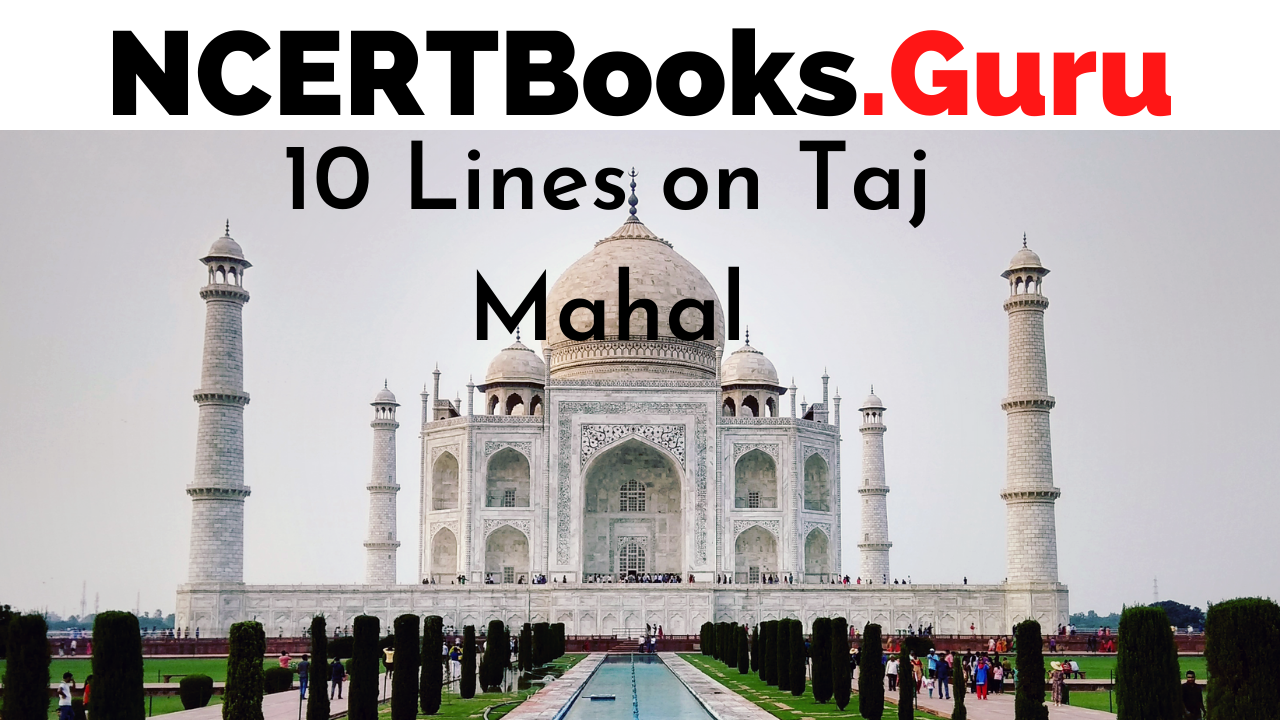 10 Lines on Taj Mahal: Taj Mahal, one of the World’s seven wonders, is the pride of India. Many travellers from foreign nations mainly visit our country to witness the beauty of this epic creation.

Shah Jahan made Taj Mahal in the memory of his beloved late wife, Mumtaz Mahal. It got its entire construction during the Mughal Period, in the 16th Century. Mumtaz Mahal was the third wife of Emperor Shah Jahan and the most beloved one for him. Depicting their love, the tombs of both Shah Jahan and Mumtaz Mahal are located under Taj Mahal’s doom. Previously there was the tomb of only the queen, but soon after the death of Shah Jahan, his brother got his tomb created near Mumtaz Mahal’s one.

Taj Mahal is made up of white marble stones and has many hand-made designs from glass. Located near the banks of river Yamuna, in Agra, Uttar Pradesh, this monument attracts many visitors. In 1983, the monument got designated as a UNESCO World Heritage Site. It is often known to depict the best example of Mughal architecture and evidence of Indian rich history. This article contains ten best lines on Taj Mahal for the students of different classes and different age groups.

This set of ten lines on My Taj Mahal is perfect for the kids of classes 1st to 5th: This is the set of ten best lines on Taj Mahal for the students of classes 9th to 12th: 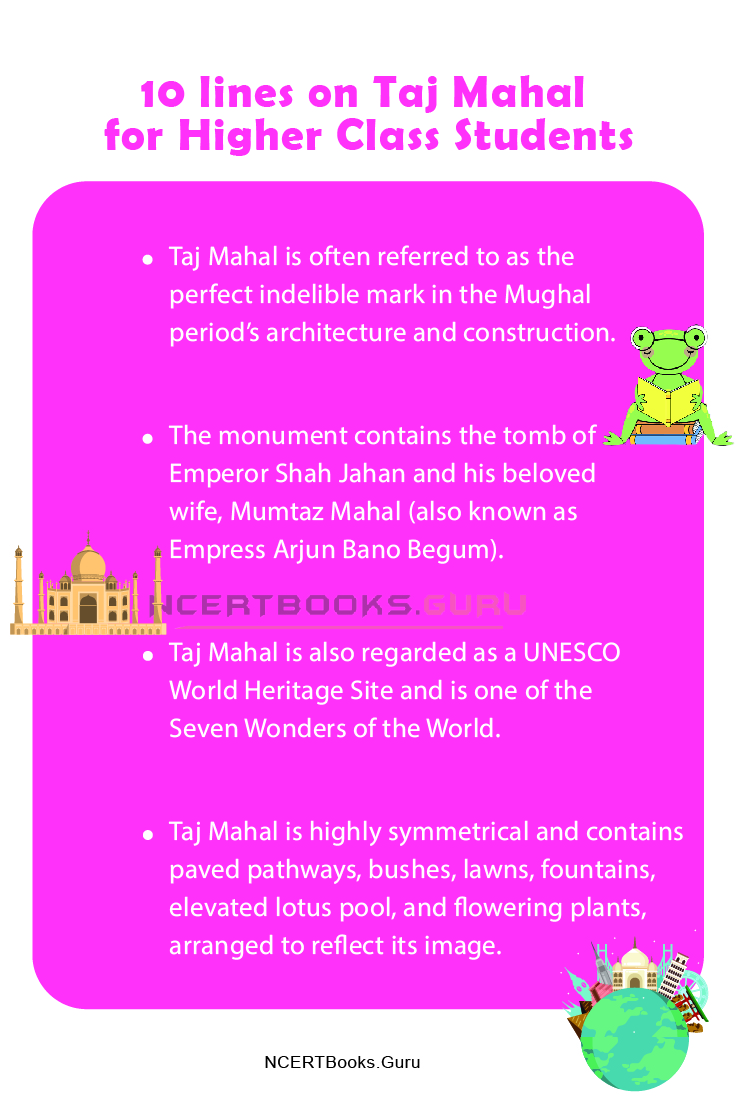 Question 1.
What is the Taj Mahal?

Answer:
Taj Mahal is a building and tomb, just like a mosque, built by the popular Mughal Emperor Shah Jahan in the 16th Century. The emperor built it in the loving memory of his beloved late wife, Mumtaj Mahal. Situated near the banks of river Yamuna, in Agra, Uttar Pradesh, it is one of the country’s biggest tourist attractions. It is also regarded as the Mughal Empire’s most delicate and most beautiful architecture.

Question 2.
What does Taj Mahal symbolize?

Answer:
Built-in 16th Century, Taj Mahal is a vast mausoleum, built of White Marble and some very precious gemstones. It is one of the globally admired masterpieces of architecture, and also a UNESCO World Heritage Site. The monument symbolizes the epic love of Shah Jahan for his wife. The emperor spent all his wealth for the construction of this monument to honour his wife, who died while giving birth to their 14th child.

Answer:
Taj Mahal is a magnificent monument, and it has several points of attraction, such as:

Question 4.
What is the present condition of Taj Mahal?

Answer:
the iconic monument, Taj Mahal, suffered damage due to a previously occurring thunderstone. Presently, the monument is also facing damages due to pollution and the effects of acid rain.