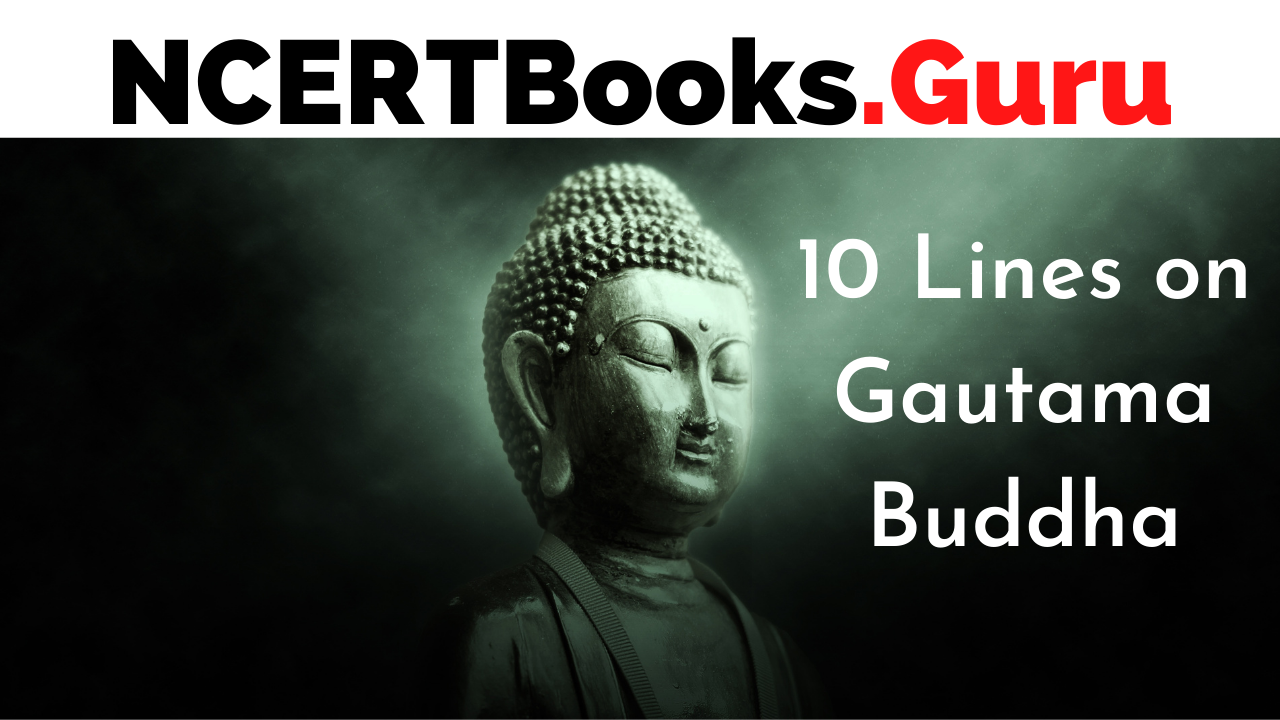 10 Lines on Gautama Buddha: According to the Dashavatar or Ten incarnations concept, Lord Gautama Buddha is considered the ninth incarnation of Lord Vishnu. He was born as Siddharth Gautama, in  Lumbini, Kapilvastu, which is present in modern Nepal. The name of his father was Shuddhodan, and the name of his mother was  Mahamaya. He was born into a wealthy family of King. Even being born in such a rich and royal family, he renounced all the material luxuries to attain spiritual happiness.

According to Gautama Buddha, a soul aims to detach himself from the birth cycle and attain moksha, or salvation. Such a transition in his thought process took place when he once out of his kingdom saw three people out of which one was an older person; the other person was suffering from some disease while the other was a deceased person. By seeing these people, he understood that one should renounce all the worldly pleasures to seek spiritual happiness. Thus, he founded Buddhism, to awaken people and lead them on a spiritual path. The teachings of the Buddha were initially made in the Pali language. He died in 483 BCE or 400 BCE aged 80, Kushi Nagar, Malla Republic. 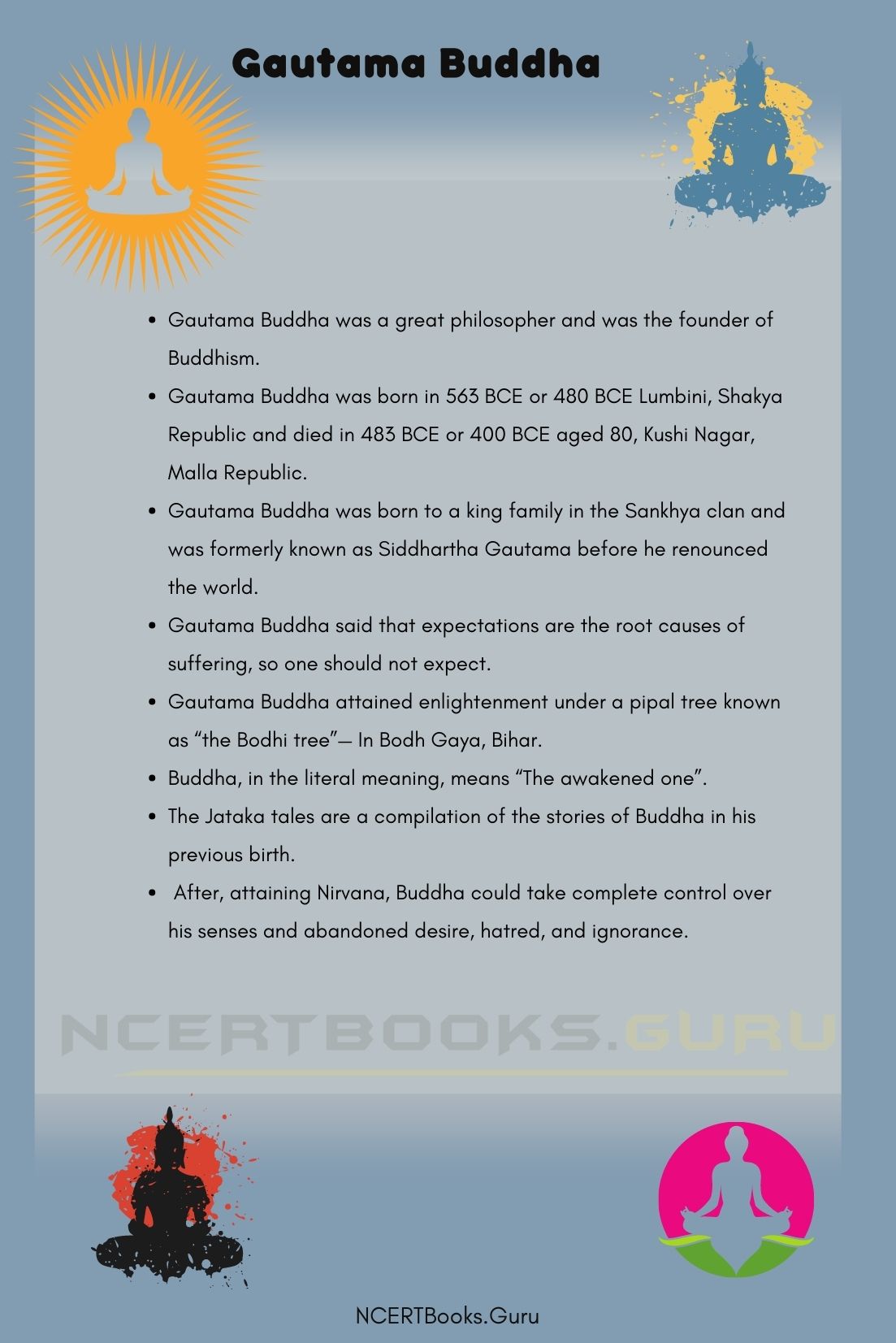 Question 1.
Where was Gautama Buddha born?

Answer:
Siddhartha Gautama, the last name of Gautama Buddha, was born in 563 BCE or 480 BCE at Lumbini, the Shakya Republic presently in Nepal.

Question 2.
What is the main aim of Buddhism?

Answer:
Buddhism teaches that the ultimate aim of life is to attain salvation by getting detached from birth cycles.