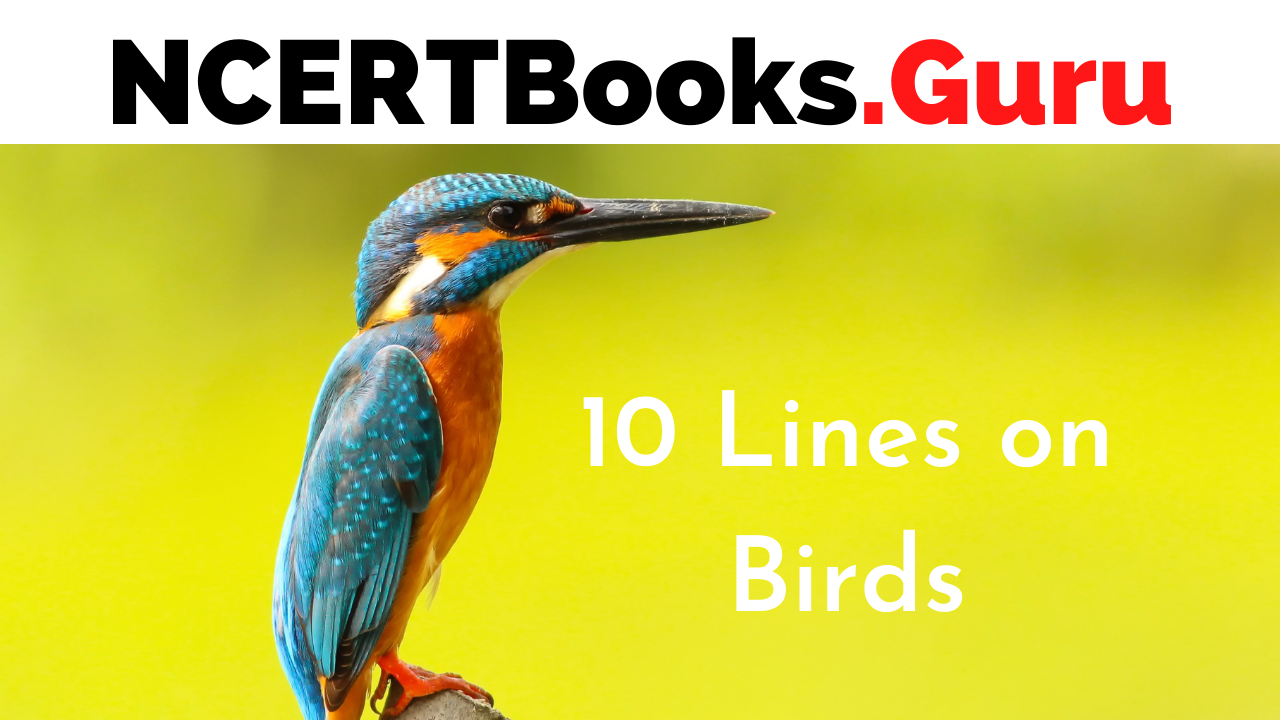 10 Lines on Birds: Birds know the true sense of serendipity, and as children, we have often wondered to wake up having wings and fly around the sky. Birds are no wonder the most loved animals on the planet. Their chirps are like morning songs that keep the world alive. There are various species of birds around the world with different features and characteristics. They look different and are unique in their ways. Like any other animal, birds play an important role in balancing the ecosystem. Here we have assembled three sets of ten lines to help you know some of the birds’ characteristics and their role in the ecosystem. 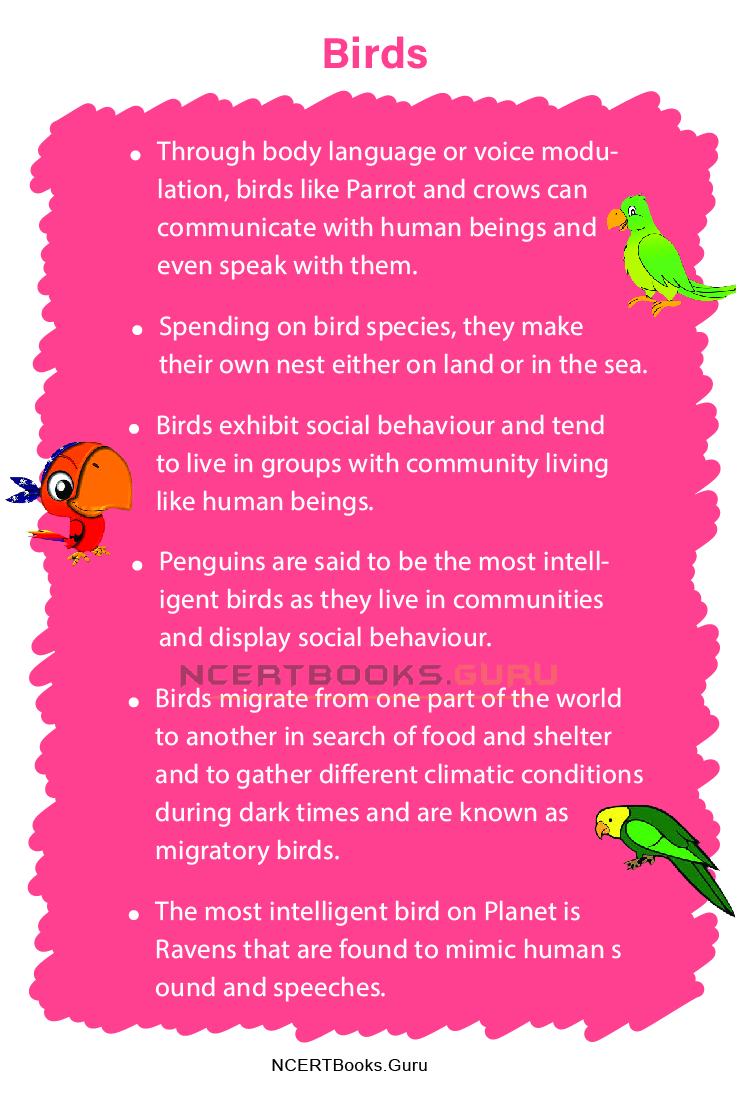 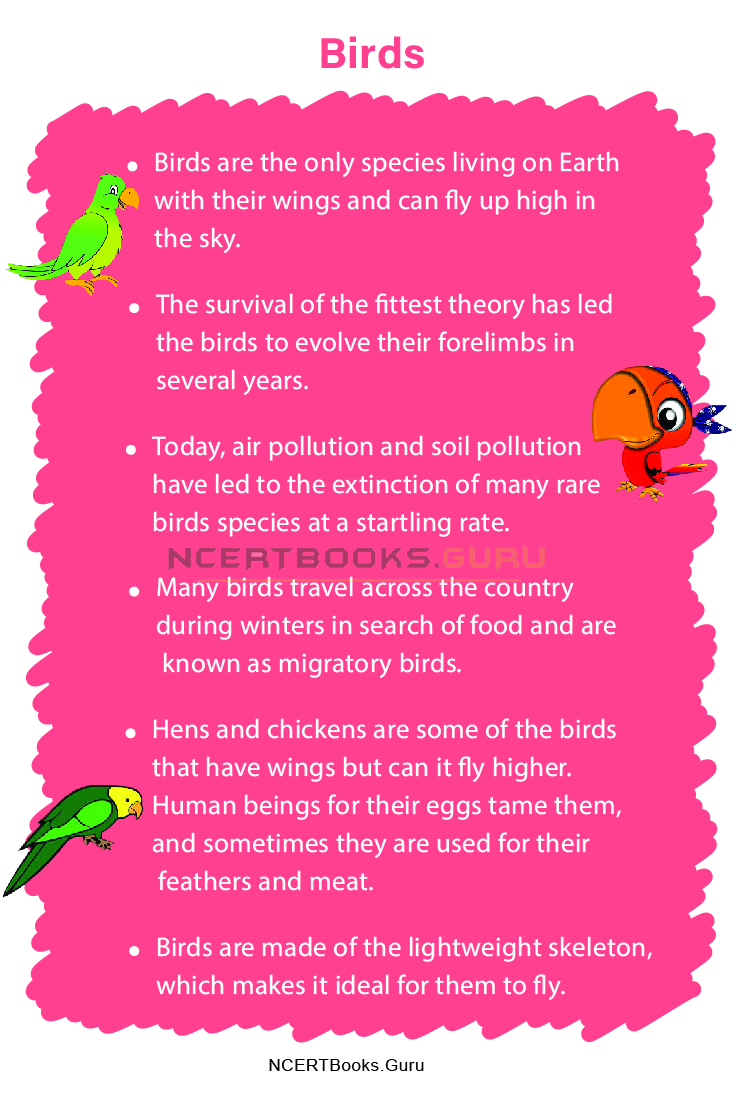 Question 1.
How many species of birds are living on our planet?

Answer:
Scientists estimated that there are billions of birds on the planet and we have only been able to know the thirsty per cent of these.

Question 2.
Name the unique traits of a bird.

Answer:
Light skeleton, beaks, wings, feathers, and eggs are the unique traits of a bird.

Question 3.
Which animal helped the birds to evolve?

Answer:
According to historians and scientists, theropods were a group of dinosaurs that led to birds’ evolution.

Answer:
Some of the earliest birds on planet Earth were the Archaeopteyges.

Question 5.
Which birds tend to sleep with one eye open?

Answer:
Ducks tend to sleep with one eye open.

Question 6.
Which bird has the largest eye of any land animal?

Answer:
Ostriches have the largest eye than any land animal.