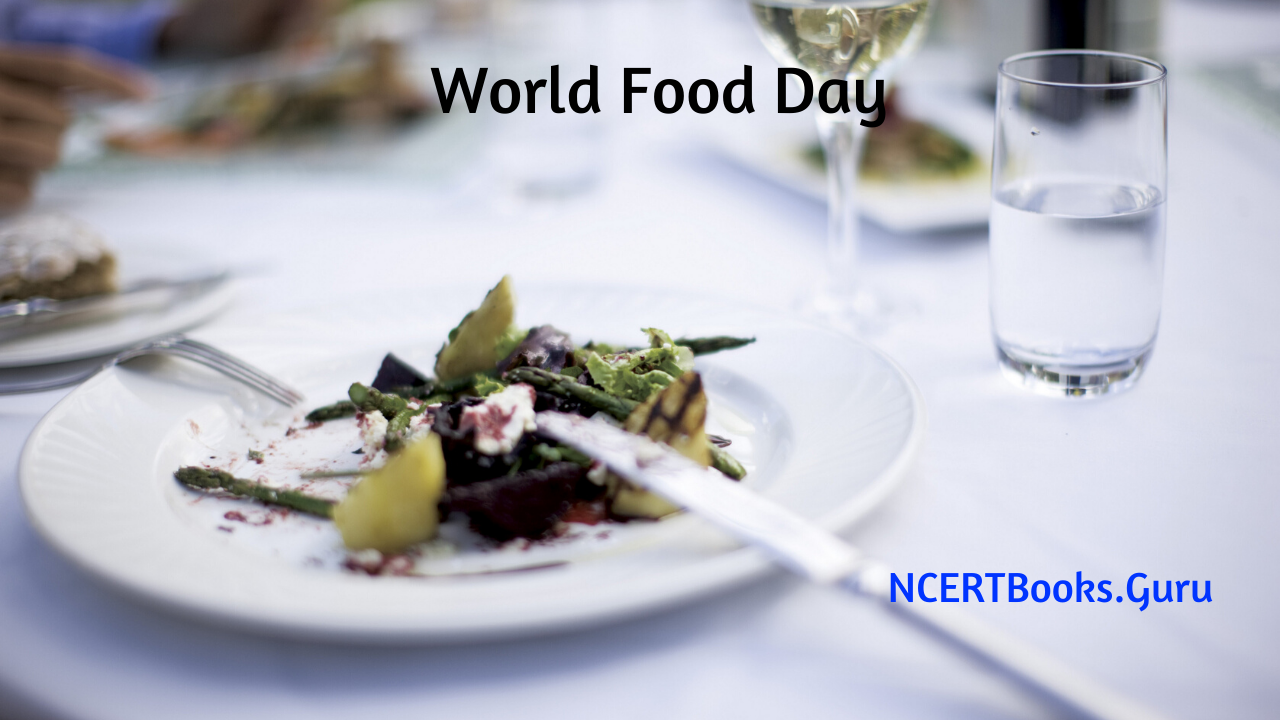 World Food Day: October 16, is the day to highlight the plight of the Hungry, the undernourished, and the malnourished of the World — particularly it highlights the plight of such children and mothers.

In spite of all scientific growth and so much of food production, so much of surplus food grains, still, people are reported to be dying of starvation. 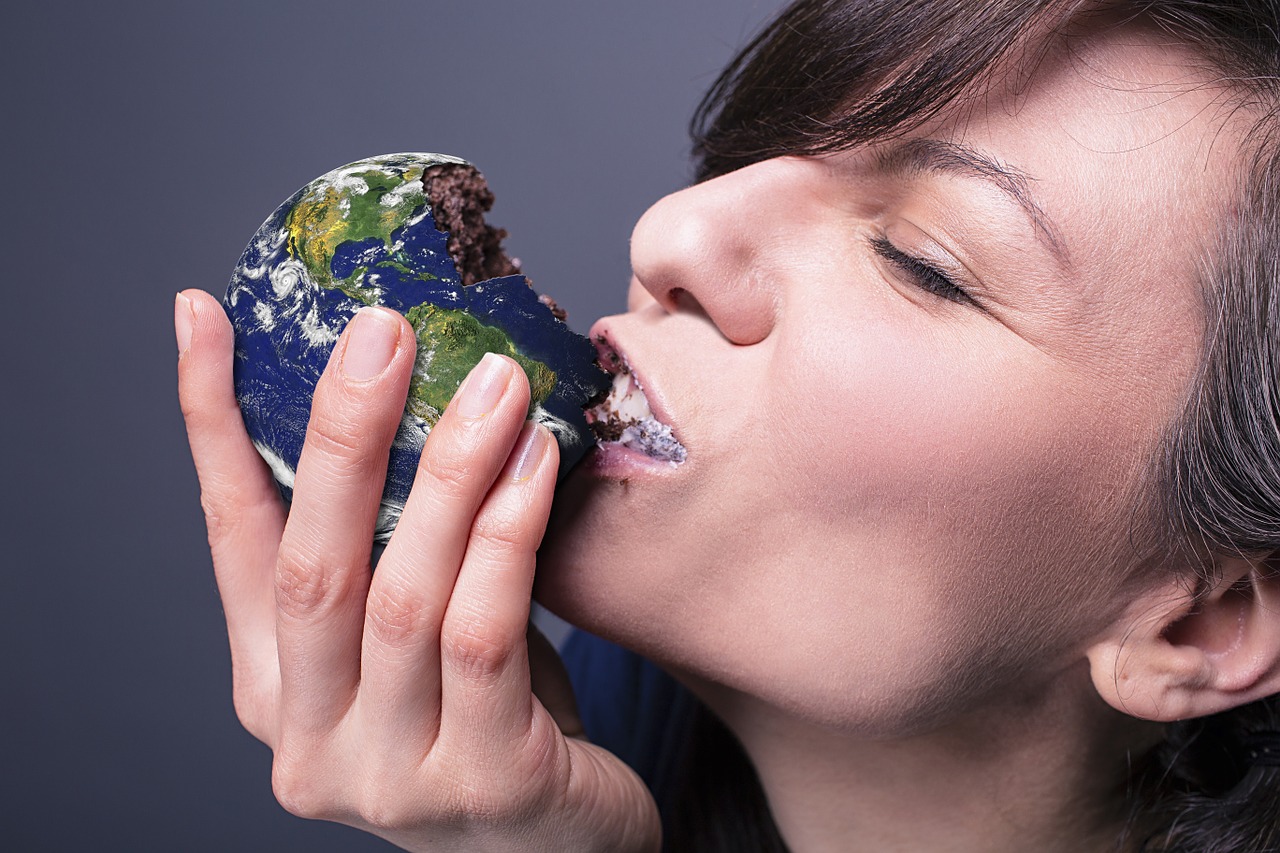 Below we have given a short essay on World Food Day is for Classes 1, 2, 3, 4, 5, and 6. This short essay on the topic is suitable for students of class 6 and below.

The problem that faces the food front is that of storage and transportation. The surplus food grains in certain parts of the world are in such a quantity that there is no space and no provision of storing them. Then arises the problem of carrying them to such regions where people are needing them. The net result of this confusion is that nearly 300 million people go to bed hungry. Even those who work hard to produce the food grains remain hungry. 600 million live in the villages out of which 400 million depend upon agriculture.

The U.N.O. has made a survey of the food supply world over and their report says —

“Women do not have the same access to food as men. This Ill-arrangement does not only affect their health but also the future of the health of children. Hunger weakens people not only physically but even physiologically and psychologically and it is a vicious cycle in which they get caught. 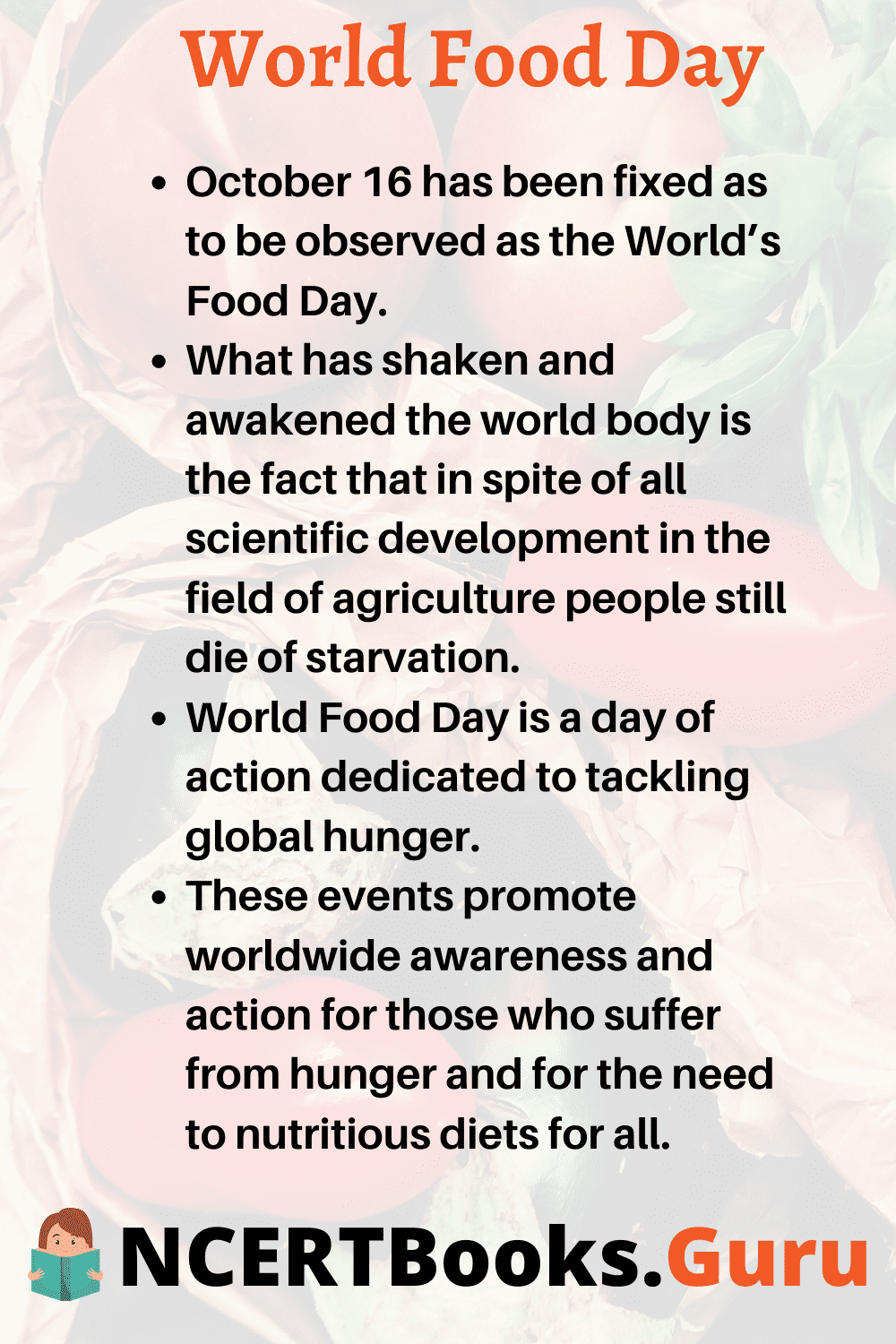 What malnutrition to mothers can do is alarming. It can be so harmful for the child that they bear and give birth to. Low birth weight, stunted growth, weakness since birth easy to catch diseases. It even causes the brain to lack development, which makes life hellish.

These are the causes and considerations that have led the U.N.O. to call for a day, to be observed as the World’s Food Day and that day is October 16. 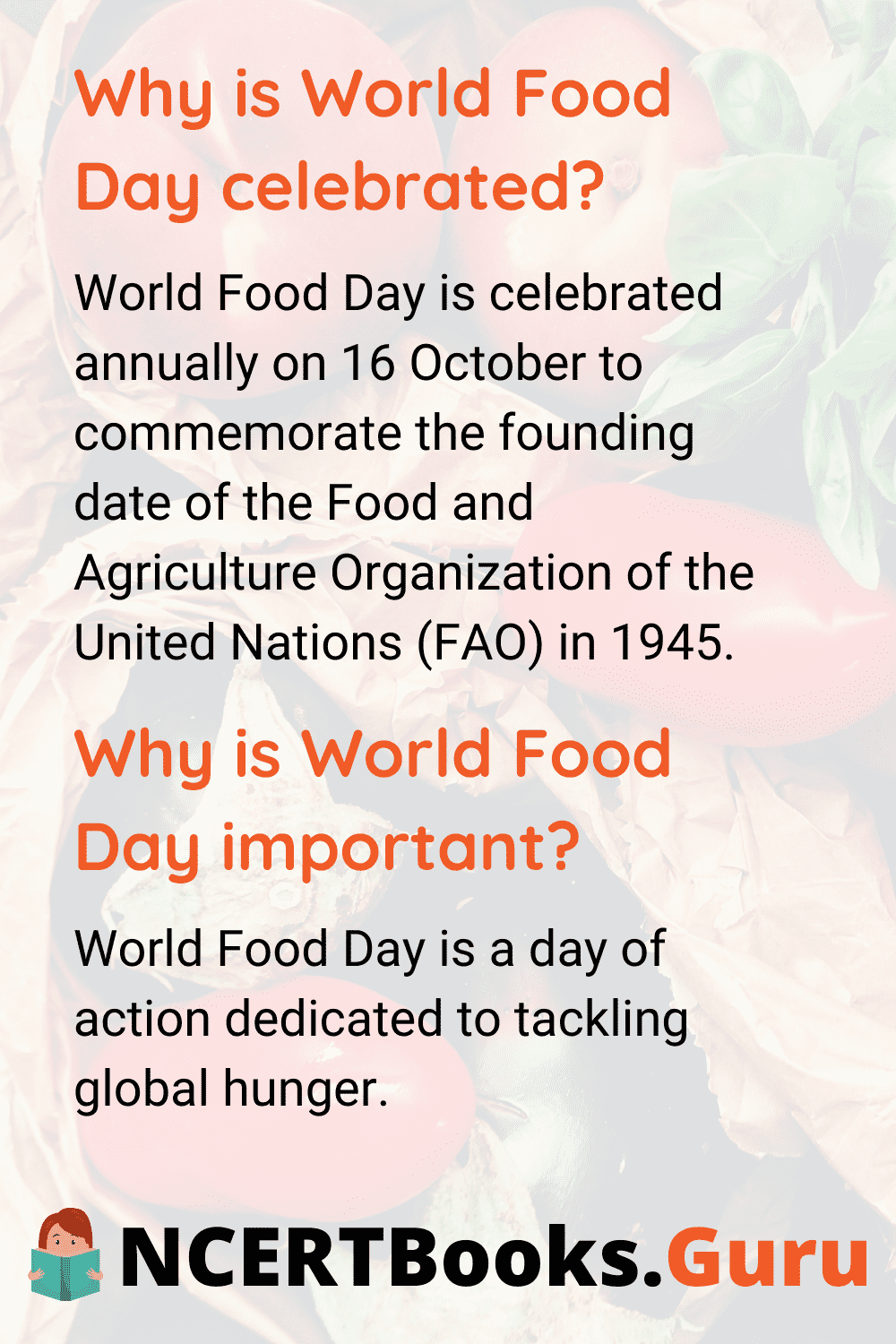 2. Why is World Food Day celebrated?

World Food Day is celebrated annually on 16 October to commemorate the founding date of the Food and Agriculture Organization of the United Nations (FAO) in 1945.

3. Why is World Food Day important?

World Food Day is a day of action dedicated to tackling global hunger. These events promote worldwide awareness and action for those who suffer from hunger and for the need to ensure food security and nutritious diets for all.