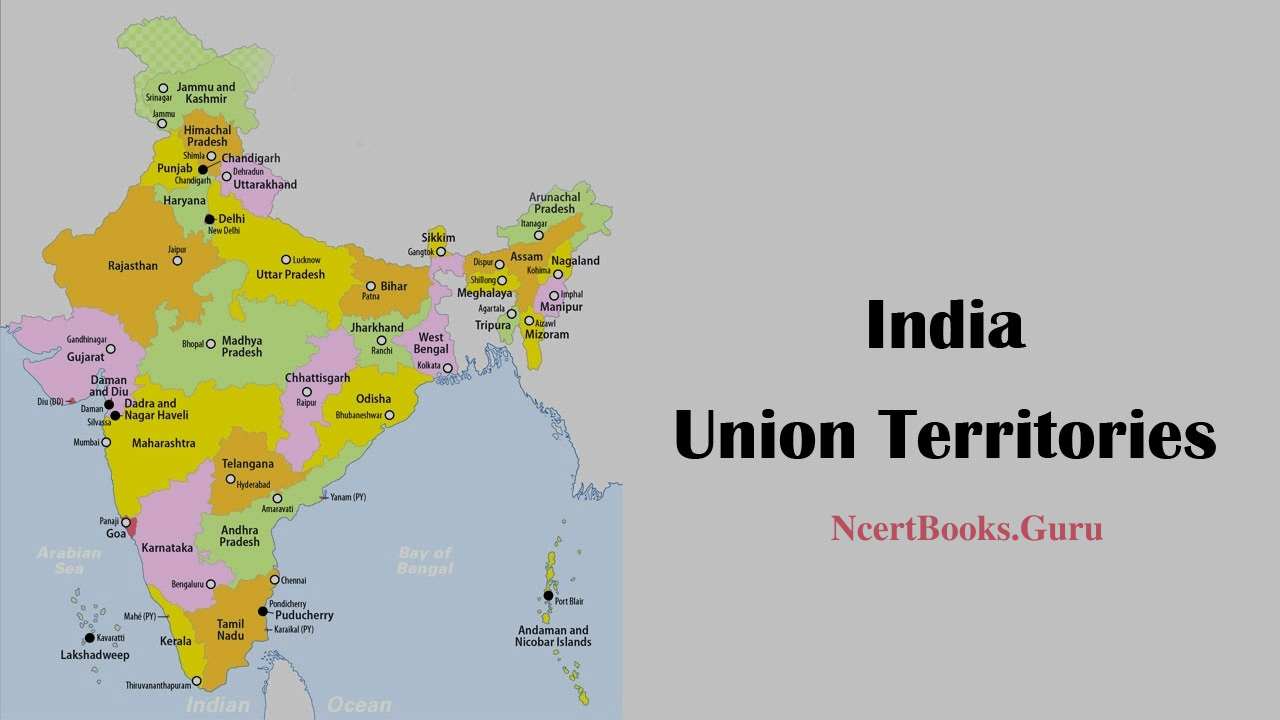 Still, need some clearance about Indian UT’s then check out this ultimate guide where you will find complete details about the Union Territories of India. Here, you may found the list of UT’s of India, history, facts, differences between a state and a union territory, etc. These details are very important for all students who are preparing for various competitive exams. This topic comes under India GK and also learn more General Knowledge Topics from our site for better preparation.

What are Union Territories?

However, Puducherry, Jammu and Kashmir, and Delhi are the exception in this regard and have an elected legislature and government due to the status of partial statehood which was granted to them under the special Constitutional Amendment.

How Many Union Territories in India?

India, a union of states, is a Sovereign, Secular, Democratic Republic with a Political system of Government. The President is the constitutional head of the Executive of the Union. The Union territories are notionally administered by the representative of the Indian President. There are 8 Union territories in India. From first to last, each UT of India has a unique demography, history, and culture, dress, festivals, language, etc. The below modules make you understand various UTs in the Country and inspire you to explore their uniqueness.

Types of UT’s in India

In India, there are two types of Union Territories. They are as follows:

There are 8 Union territories in India. The list of the eight UT’s of India is given below: 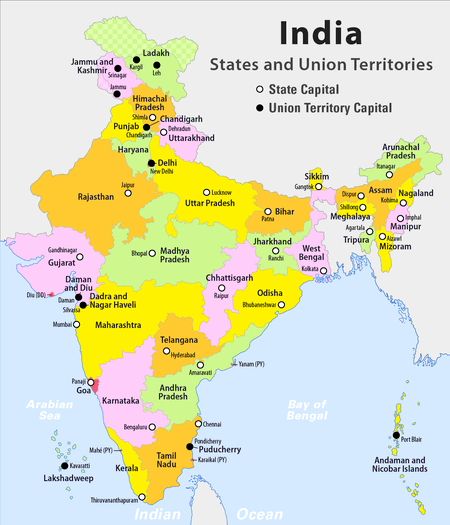 Below we have provided a piece of detailed information about each of the Indian Union Territory. Just take a look at them and gain some more knowledge regarding the UT’s of India.

2. Dadra and Nagar Haveli and Daman and Diu

Union Territories and their Capitals Table

While discussing the reorganization of states in 1956, the States Reorganisation Commission supported the creation of a separate section for these territories since they neither fit the model of a state nor do they pursue a similar pattern in terms of governance. By noting such reasons as economically unbalanced, financially weak, and administratively and politically unstable territories can’t persist as individual administrative systems without depending slowly on the Union government, the union territory was created. The first union territory of India was Andaman and Nicobar island, Chandigarh is the joint capital of Punjab and Haryana state of India.

How Delhi, Puducherry, J&K are distinct from other Union Territories?

All Indian states and three union territories out of 8 ie., Puducherry, Delhi, and Jammu and Kashmir have an elective legislature with allowed partial statehood by an amendment to the Constitution. Also, Jammu and Kashmir, Delhi, and Puducherry have their own legislative assembly and executive committee and function like states. They have a few subjects of State list with them and a few lies with the center.

Difference between a State and Union Territory of India

1. How many union territories are there in India in 2020?

The 9 Union Territories of India are Andaman and Nicobar Islands, Chandigarh, Dadra and Nagar Haveli and Daman and Diu, National Capital Territory of Delhi, Jammu and Kashmir, Lakshadweep, Ladakh, and Puducherry.

Jammu and Kashmir and Ladakh have newly added to the list of Union Territories of India.