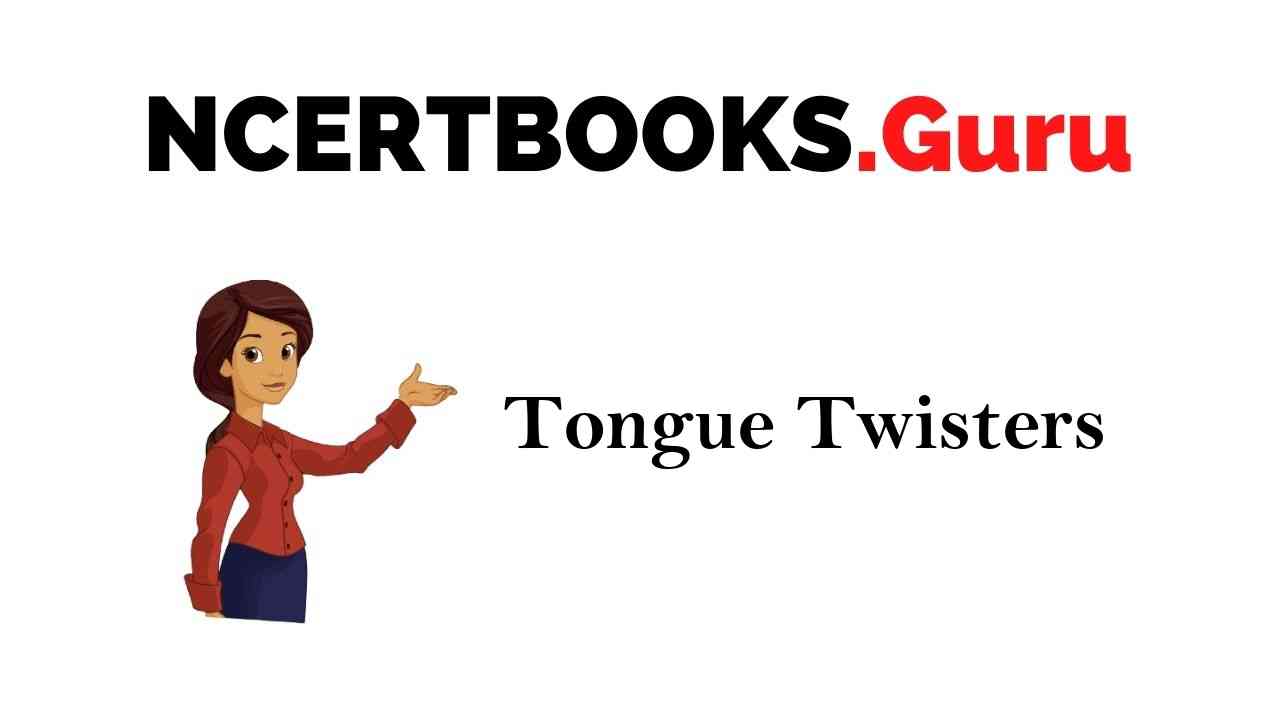 A tongue-twister is a phrase or sequence of words that are difficult to pronounce quickly and properly. Words are arranged generally in an alliterative manner. Tongue-twisters are exercises to improve fluency and pronunciation and can also be considered as a fun word game.

For English learners or even beginners, tongue-twisters are a way to work on more than one sound of words at a time to get the correct pronunciation. In school, children are also made to practice these tongue-twisters to develop their English-speaking skills by stretching their facial muscles.

Some Tongue-twisters are made for fun and amusement, whereas professional speakers such as actors, politicians, and television or radio hosts use them as articulation examples.

Tongue-twisters comprise an orderly sequence of similar-sounding words that are to be pronounced rapidly and repetitively. These words, though they sound similar, have different syllables. Difficult tongue-twisters have unusual word composition and require great concentration.

Tongue-twisters help to strengthen and stretch the muscles used for speaking and have been proven to clarify pronunciations. These particularly emphasize the words that one finds difficult to pronounce and also improve their fluency.

For the first time, tongue-twisters are said slowly, and then these are said at a rapid speed but gradually. After pronouncing a tongue-twister once, one must always practice it two or more times in a row to get fluency.

3 Here is a list of easy and difficult tongue-twisters that can be practiced regularly to improve pronunciation and fluency.

Tongue-twisters are fun even though they are apparently difficult. These are challenging. These are greatly beneficial substantially that is obtained through extensive and regular practice. This also includes improving speech clarity and diction. The alliterative manner of the orderly sequence of words along with the strange assonance are fun and enjoyable.