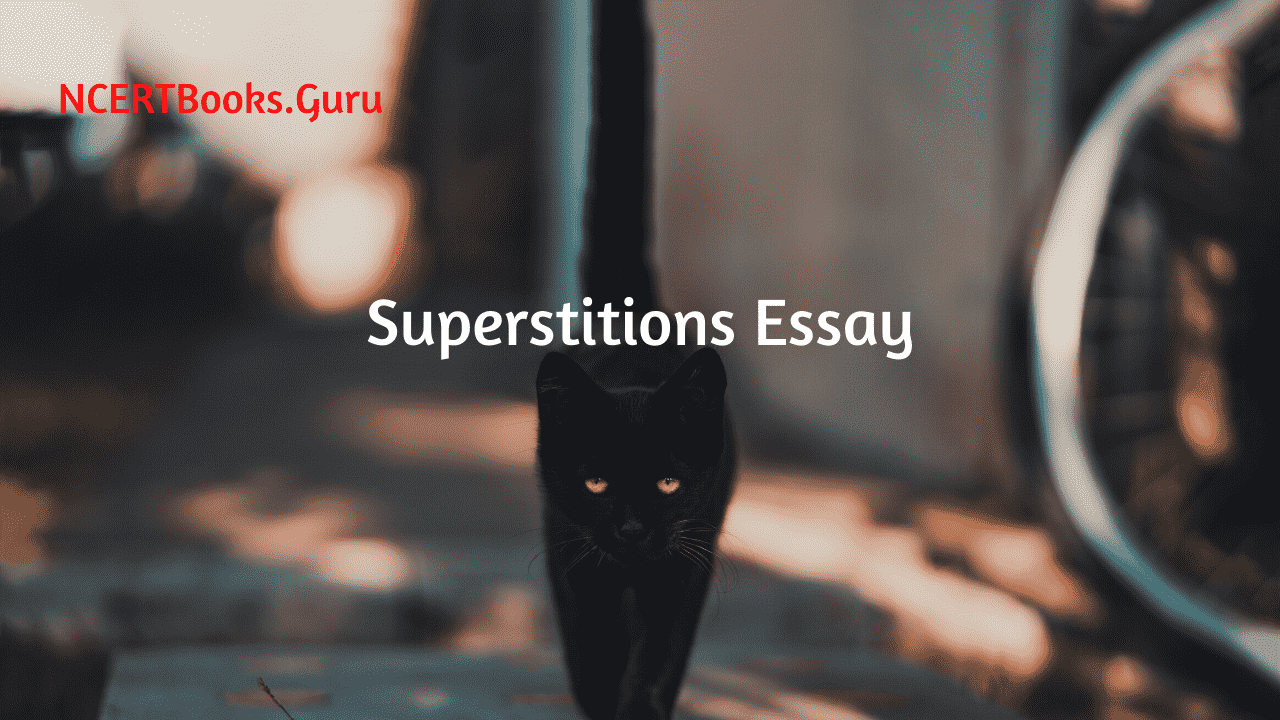 Superstitions Essay: Man has kept on believing in some power unseen but present and working. It is this belief of his which has given rise to superstitions. They are unreasonable and irrational, though but they had been existing and they still exist inspite of all science and scientific development. They exist and are believed in not only in the East but also in the West. 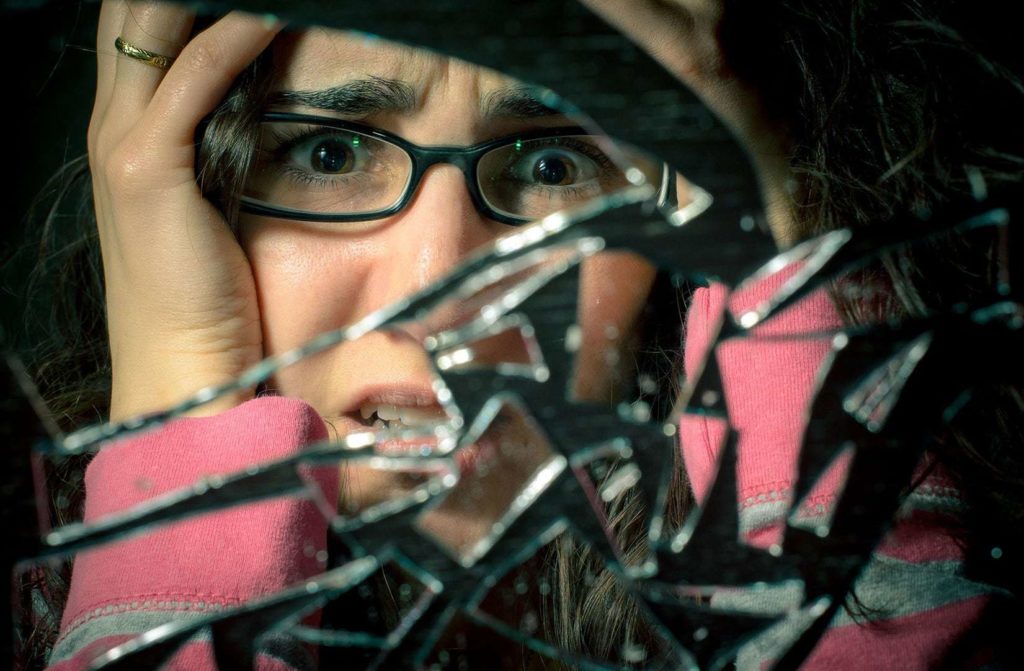 Below we have given a long essay on Superstitions of 500+ words that are helpful for classes 7, 8, 9, and 10 and Competitive Exam Aspirants. This long essay on the topic is suitable for students of class 7 to class 10, and also for competitive exam aspirants.

The man began to believe in superstitions when he had a feeling that he was at the mercy of natural elements. Some superstitions also were created due to social values.

Forces of nature had ever been worshipped. Even the Greeks, the Pagans worshipped elements of nature in the forms of gods and goddesses. There were gods and goddesses among Pagans for every phenomenon or force of nature. So has it been with the ancient Indian tradition? The sun, moon, stars, planets, even plants were and continue to be worshipped with the belief that they have, the power to influence our lives.

‘It is the effect of some evil star’ that is what people say when some disease or disaster overtakes them. This is what even the people of the West have been believing. Shakespeare has made full use of these superstitions in his plays. Ghosts and witches have been made significant characters by Shakespeare in his plays.

Calpumia, the wife of Julius Ceasar, in Shakespeare’s play ‘Julius Ceasar’ sees a dreadful dream which foretells her of some grave tragedy befalling her husband. The horses are said to grow wild and eat one another before King Duncan is killed by Macbeth in the play Macbeth. Storms blow before tragedy overtakes King Lead in the play by Shakespeare. All these happenings show how people believed in such superstitions. Even if caught in a traffic jam the candidate would not take the shorter route as the longer route has been auspicious. The stationery to be carried for the examination should be put in the ‘puja’ room the night before the examination in the morning. The girl had been doing so ever in the past and had secured ‘A’ grade marks so how could she give that up.

Such are superstitions they might be considered weird OP, wild but they are there and no science, no advancement of knowledge perhaps can take these away.

It is, perhaps, a sense of insecurity or just a sense of faith due to past positive or negative experiences which sets the mind to keep on believing in superstitions. They may appear irrational but, somehow, they are there East, West, North, South that has nothing to do with it they have been there and they may continue to be there even the most educated would also go with them and keep them at the back of their minds.

Political leaders are found waiting for the auspicious day or the auspicious hour to file their nominations for elections or take the oath of office. All this is even at the highest places when science has so far advanced.

Below we have given a short essay on Superstitions is for Classes 1, 2, 3, 4, 5, and 6. This short essay on the topic is suitable for students of class 6 and below.

There are superstitions that have been created out of some Social Considerations. Sleeping at dusk is treated as a sign that one may fall ill. It is actually that one should not be languid or lazy in the evening. Do not cut the ‘Peepal’ or the ‘Banyan’ tree that only is a superstition to save trees from destruction. Dogs are very sensitive to natural calamities and become very restless before a natural calamity actually occurs.

There is no logic behind belief in these superstitions but they have grown age-old and even all the scientific advancement of thought does not make them disappear.

But the less we subject ourselves to them the better, otherwise, every moment of life would be on tenterhooks. 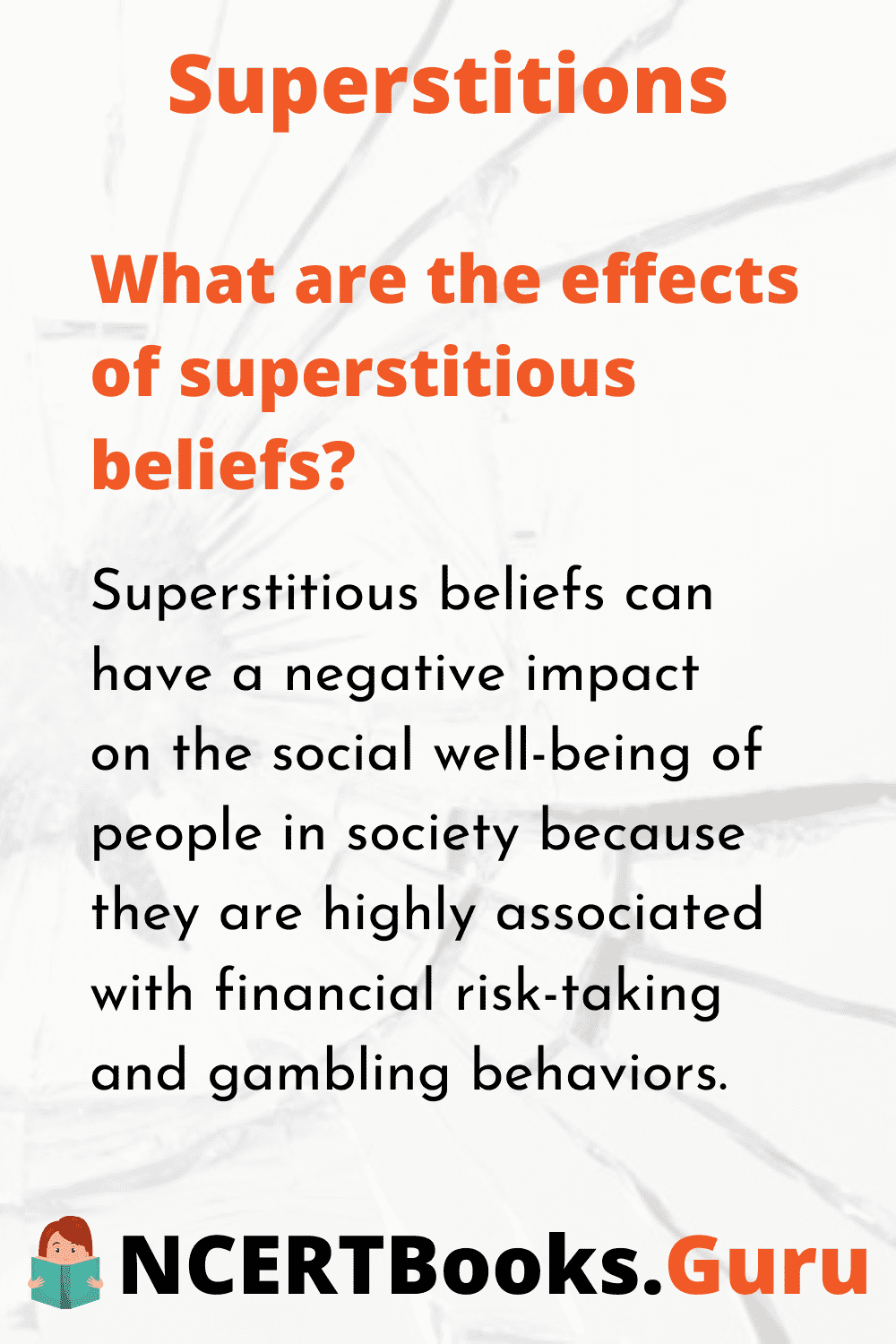 1. What are superstitious beliefs?

Superstition is any belief or practice-based upon one’s trust in luck or other irrational, unscientific, or supernatural forces. Often, it arises from ignorance, a misunderstanding of science or causality, a belief in fate or magic, or fear of that which is unknown.

2. What is the purpose of superstitions?

Superstitious beliefs have been shown to help promote a positive mental attitude. Although they can lead to irrational decisions, such as trusting in the merits of good luck and destiny rather than sound decision making.

3. What are the effects of superstitious beliefs?

Superstitious beliefs can have a negative impact on the social well-being of people in society because they are highly associated with financial risk-taking and gambling behaviors.

4. How do superstitions affect our lives?

That’s because superstitions often provide the illusion of control. Believe it or not, being superstitious can affect your behavior and state of mind, influencing everything from your preparation for and performance on a particular challenge to your responsiveness to placebos.