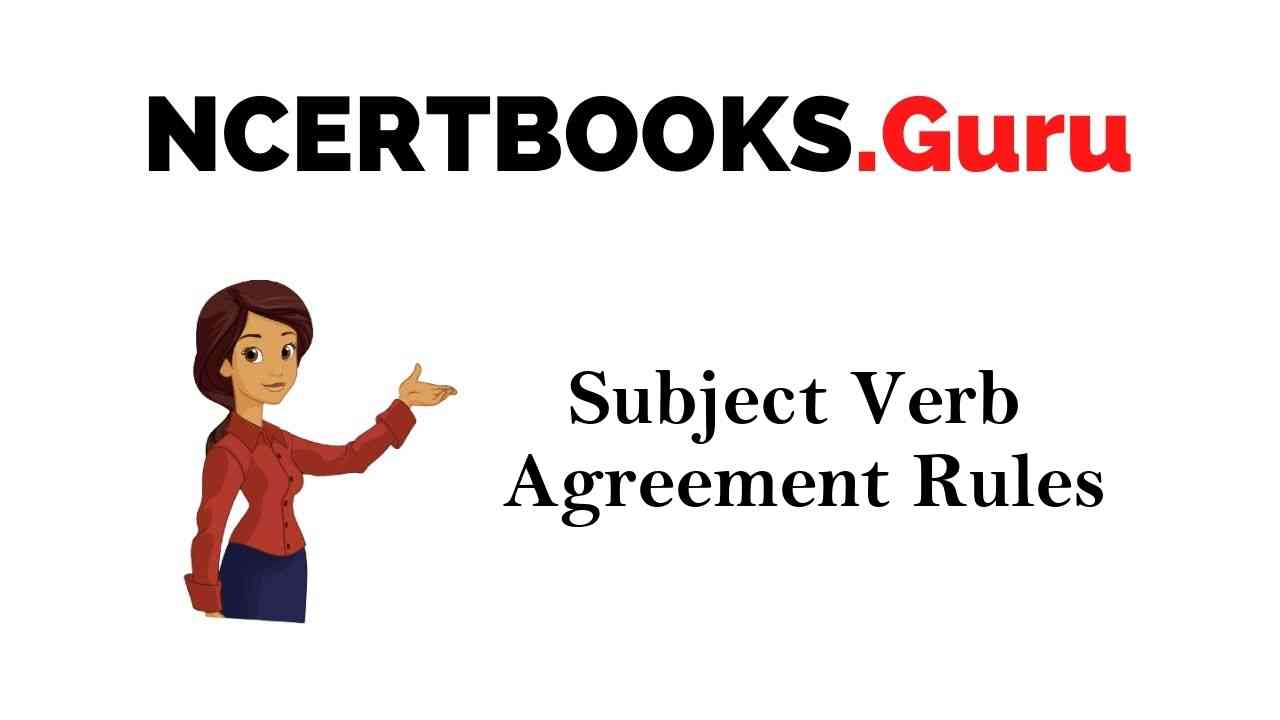 Rules of English grammar are confusing most of the time, and the rules may not be followed one after the other for every sentence you form. The rules can be twisted according to needs, and hence there are deviations of each rule. However, below listed are some basic rules that one must understand to understand the subject-verb agreement’s whole ordeal. Keep these basic rules in mind, and then you will know what to do, when to do it, and how to do it.

A verb agrees with its subject in number and person.

Due to the ‘rule of proximity,’ we tend to make the verb agree in number with a noun nearby instead of the subject. Therefore words coming between the subject and the verb do not affect whether the verb is singular or plural.

This rule is the most basic and commonly used rule that will get you through most subject-verb agreement.

Rule 2 does not apply to simple past tense that has no helping noun.

The singular subject ‘You’ and ‘I’ take plural verbs.

(Note that the second sentence shows when a singular subject takes a singular verb. The same pattern is followed below)

(Note that the second sentence shows when a singular subject takes a singular verb. The same pattern is followed below)

Rule 2 does not apply to the following helping verbs when in use with the main verb:

(Note that below, in each example, the first sentence is plural, whereas the second sentence is singular, but both take the same verb.)

A singular verb is used when two or more nouns are connected by ‘nor’ or ‘or.’

Rule 4 does not apply when the subjects joined by ‘or’ or ‘nor’ are of different persons. In this case, the verb agrees with the nearer subject (by the rule of proximity).

Either, neither, everyone, each, many a, someone, nobody, everybody.

Two nouns qualified by ‘each’ and ‘every,’ even though connected by ‘and,’ require a singular verb.

Some countable nouns only have a plural form but are singular in meaning. These nouns take a singular verb.

Examples of some nouns that are plural (in form) but with a singular meaning are:

Rule 7 does not apply when these countable nouns only have a plural form with a plural meaning. In this case, the noun takes a plural verb.

Some countable nouns that only have a plural form are:

These plural-only nouns are usually used with ‘…pair of’.

Some nouns are singular in form but plural in meaning. In such a case, the nouns take a plural verb. (It is the meaning that is taken into account.)

(Note that the collective noun is thought of as a whole in the first sentence, and in the second sentence, the individuals are taken into consideration).

(However, whatever you perceive, the nouns should be consistent throughout the sentence with the singular or plural form they are using.)

Some collective nouns are:

At times, these collective nouns are used with terms like ‘herd of,’ ‘flock of,’ ‘swarm of,’ etc.

Like Rule 9, when the plural noun is denoting a specific quantity, considered as a whole, a singular verb is used.

At times, a plural noun is a proper noun for a singular object. Thus a singular verb is used.

A plural verb is used in a relative clause when followed by ‘one of…’ or something along those lines.

Subject-verb agreement is the crux of most English grammar, and it is polished only with practice. The above mentioned are some extremely basic yet, crucial rules of subject-verb agreement. Most of the rules can be twisted according to needs. You already know (since it is mentioned in the rules above) that it is the thought that forms your grammar rule and thus differs from person to person.

However, keep in mind that you might have all the grammar rules available memorized (I am not just talking about the subject-verb agreement but anything), yet if you do not know how to apply those rules, your effort is going to waste. Most people do not even need to learn the rules to know correct grammar; they just know so because of practice. If you listen, read and watch English speaking shows and music, your grammar will be polished automatically. You will not need hundreds of rules to go by. Thus, practice does make a man perfect.