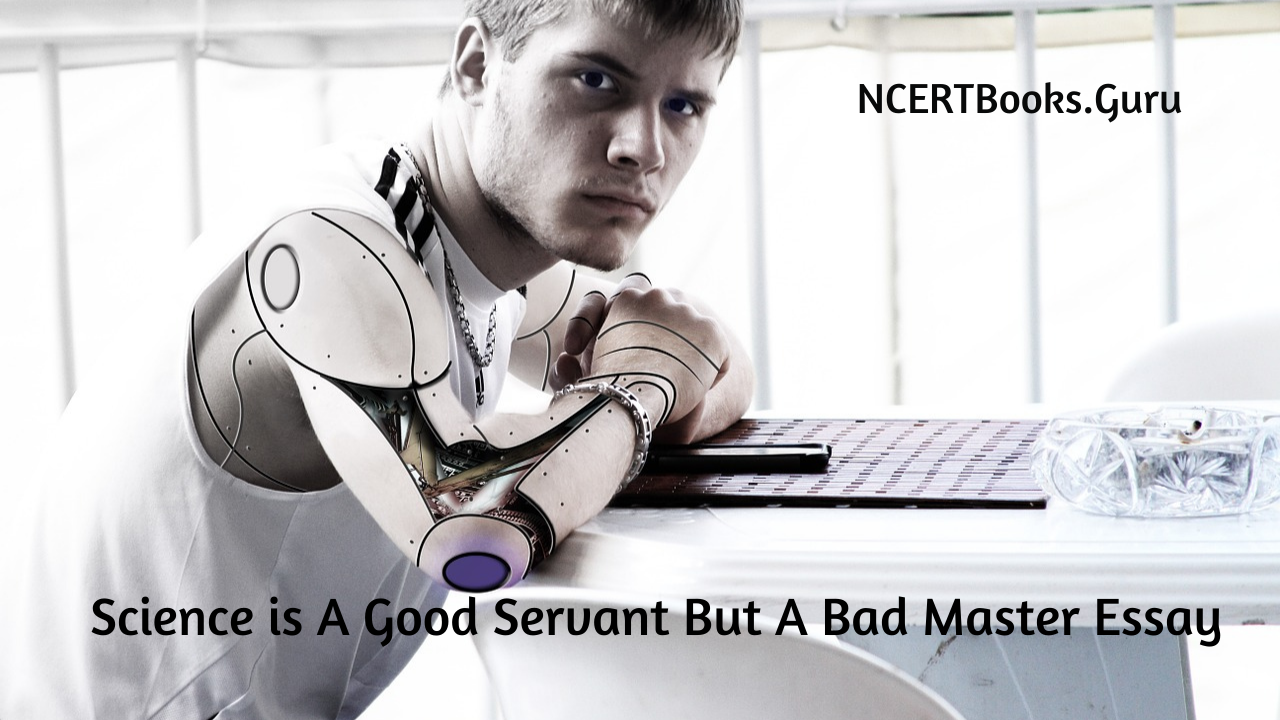 Science is A Good Servant But A Bad Master Essay: We today revel in the idea that we are living in a world of science and science can work wonders for us. True it is that science has revolutionized modem life. What our forefathers, half a century ago, could not even dream of, we have that at our beck and call. Electricity is a wonder and what it is doing would have appeared to be a fairy tale for our forefathers. A button is pressed the room gets flooded with light, the fan moves, the A.C. cools or warms the room, water is boiled or cooled even is frozen, eatables can be preserved for days. Below we have given a long essay on Science is A Good Servant But A Bad Master of 500 words is helpful for classes 7, 8, 9 and 10 and Competitive Exam Aspirants. This long essay on the topic is suitable for students of class 7 to class 10, and also for competitive exam aspirants.

Human suffering has greatly been eliminated. Science has investigated diseases and found startling cures for them. Artificial limbs can be fitted to the disabled bodies, even kidneys and heart are being transplanted. Painless operations are being performed.

Machinery has eliminated human labour and made life more mechanical and less arduous. Means of communication — The Fax, The E-mail, The cordless telephones are really wonderful means given to us by Science. The atomic energy if put to use for peaceful purposes can work wonders.

We have begun to feel that life without the modem scientific gadgets is impossible.

True, that all this has happened and we feel beholden to science and the scientists. But there is the other side of the picture too.

Man has become a slave to the machines. Human labour has been minimized but that has led to a more luxurious living and less of physical activity. Mankind has begun suffering from such ailments which our hard-working forefather never knew of. More and more use of machines had led to large scale unemployment. The pesticides and germicides used in saving the crops are sending out such alarming signals as demolishing and dismantling the ozone layer which was protecting the earth from the evil effects of the sun rays. The world is getting exposed to the situation of great alarm and danger.

The atomic energy is being used for destructive purposes and the nuclear explosions are causing radiations which are fatal for mankind. Can we ever forget what happened to Nagasaki and Hiroshima in Japan during the II World War? Do we want to live under such further threats of large scale devastation and destruction?

The worst that science has done is the demolition of our faith in the Divine Power. The Darwinian Theory of evolution has given a death blow to our faith that there is some Creator — the superpower — far too superior which has created this universe and good or bad actions invite rewards or punishments to us in the form of Heaven and Hell. 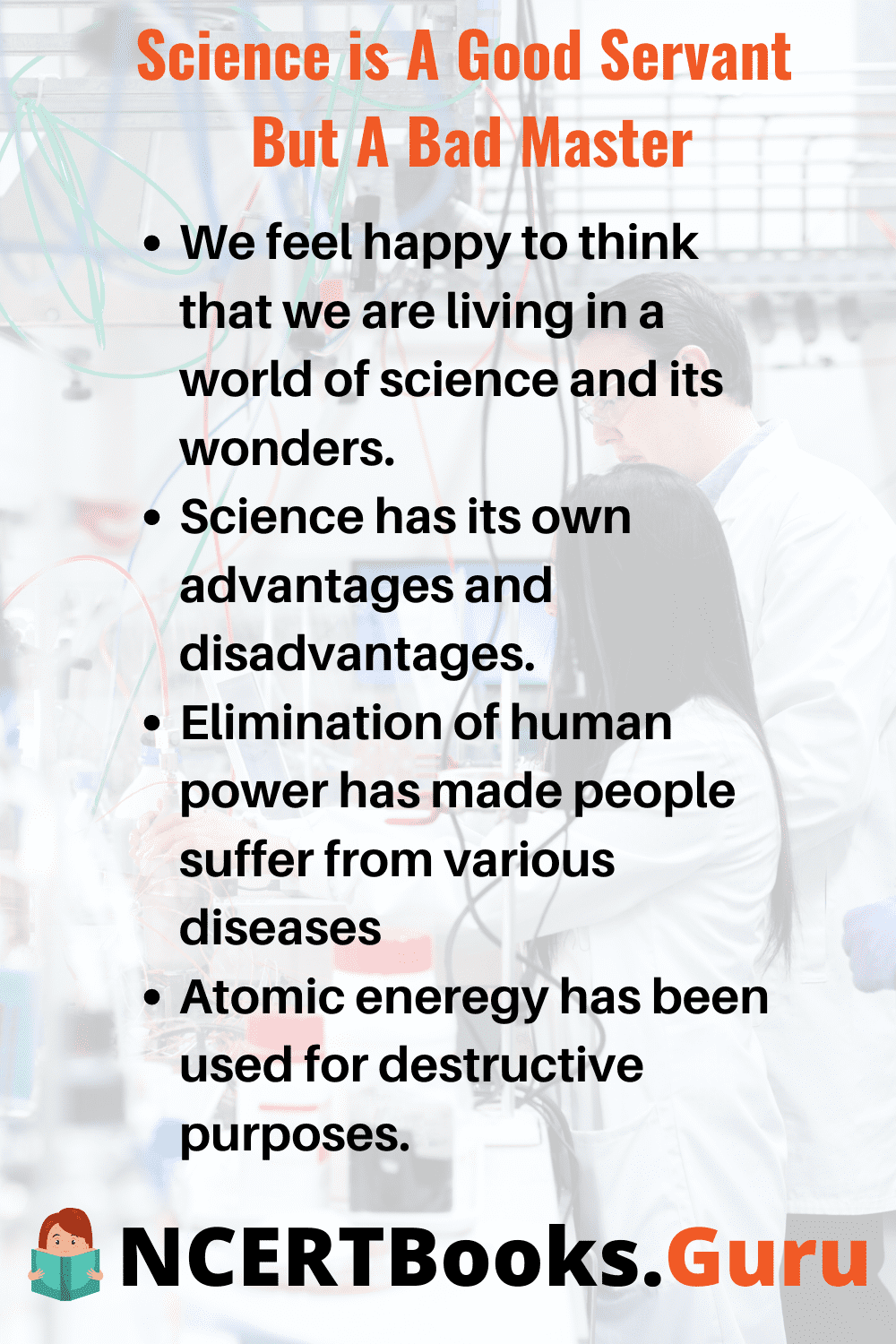 Below we have given a short essay on Science is A Good Servant But A Bad Master is for Classes 1,2,3,4,5 and 6. This short essay on the topic is suitable for students of class 6 and below.

The scientists of today consider themselves as masters of nature. In spite of all scientific advancements, earthquakes still occur, cyclones still come and leave back the large-scale loss of life and properties. If a man has become the master of nature why cannot he avoid such disasters? So this proves what Shakespeare had said ‘There’re more things in heaven and earth which are beyond our philosophies’.

Therefore, what is necessary is that we may use science as our slave take the utmost advantage from it but should not permit it to become our master. We have to keep the ‘genie’ under our control, use it for the good of mankind; cure diseases with its help, explore treasures of this earth through it; communicate with one another at the quickest pace but keep its dangerous use under check. Let science remain our ‘slave’ and not allow it to become our master. Let science like Aladdin’s ‘genie’ remain in Alladin’s controlling power not to overpower him, and be a menace to mankind. 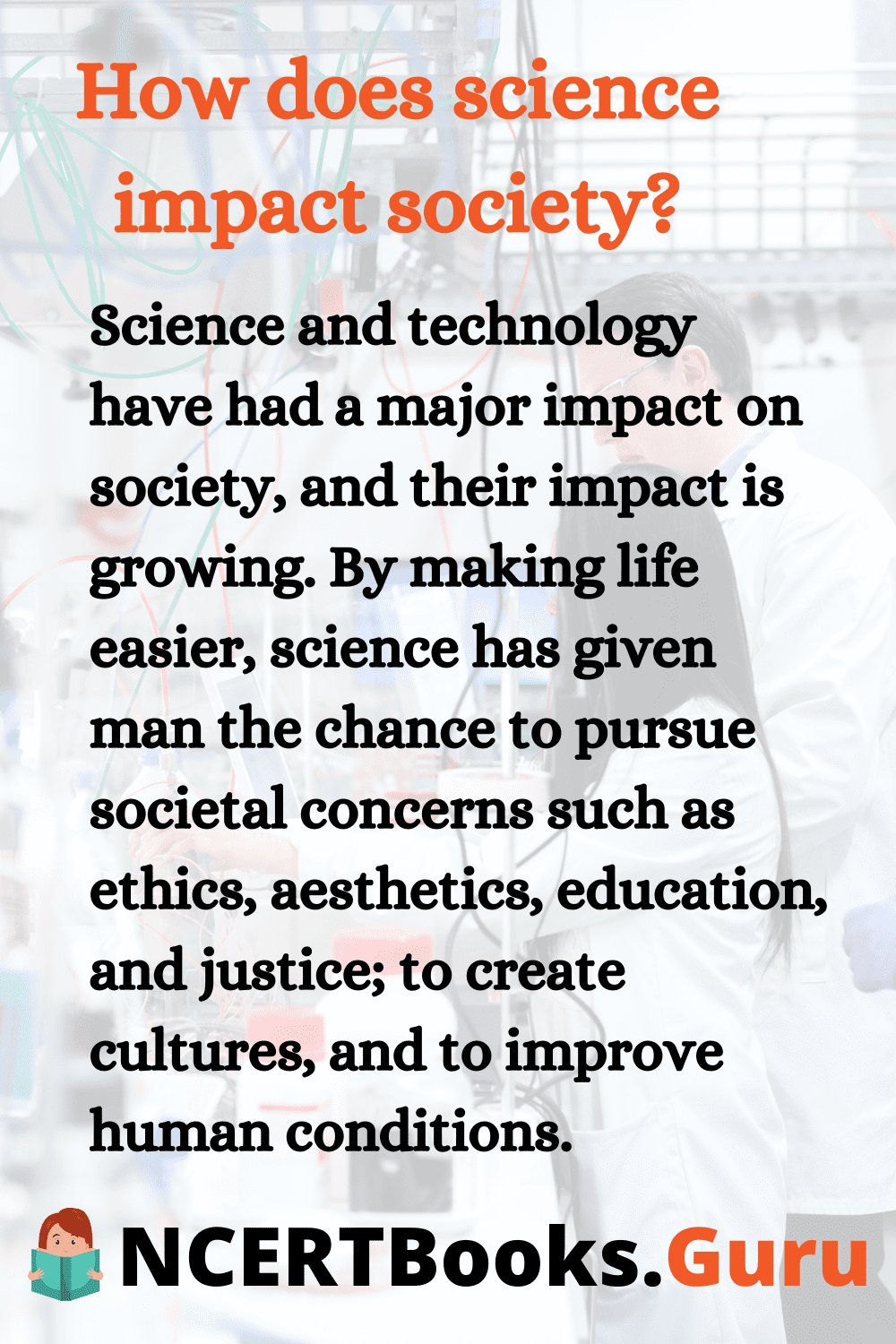 1.  What is a good servant but a bad master?

Science is a good servant but a bad master.

Science, any system of knowledge that is concerned with the physical world and its phenomena and that entails unbiased observations and systematic experimentation.

3. What are the main uses of science?

“Science” or the scientific method is the best way that humans have come up with to solve problems and come up with explanations for things that required answers in a way that those can be trusted and relied on.

4. How does science impact society?

Science and technology have had a major impact on society, and their impact is growing. By making life easier, science has given man the chance to pursue societal concerns such as ethics, aesthetics, education, and justice; to create cultures, and to improve human conditions.