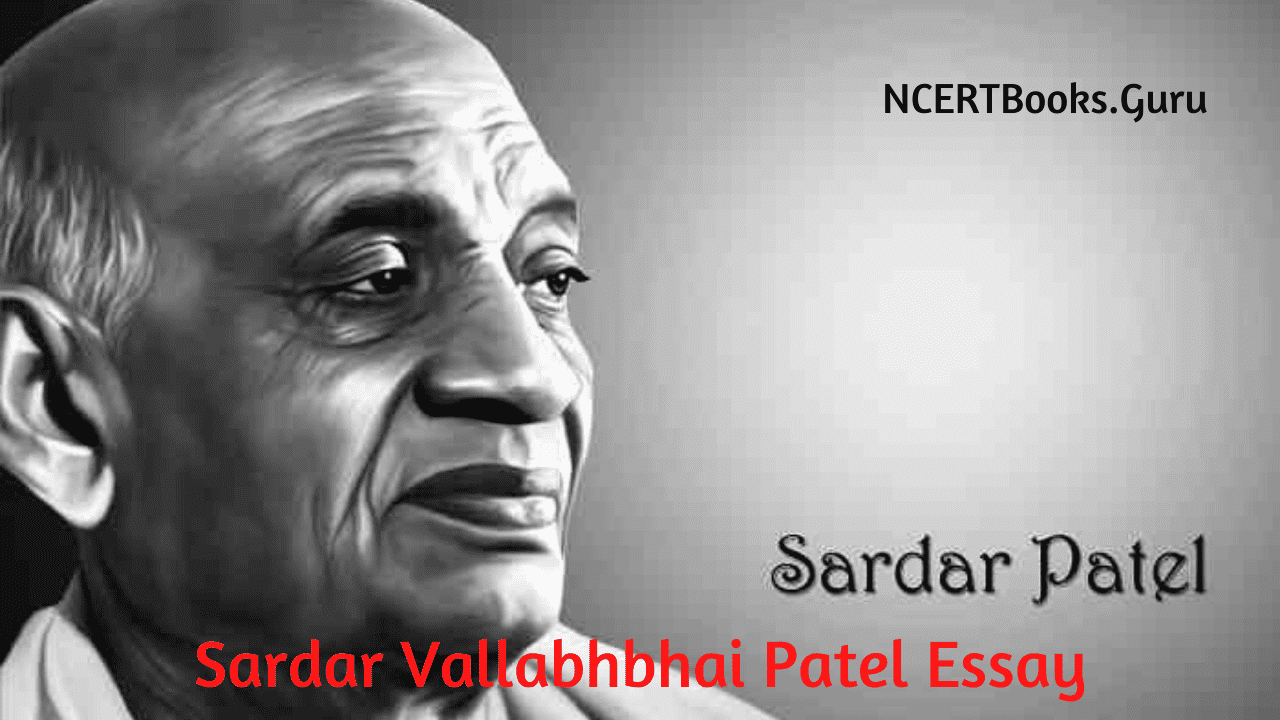 Sardar Vallabhbhai Patel Essay: Sardar Vallabhbhai Patel, popularly known as Sardar Patel, the iron-man of India was born on 31 October, 1875, in a small village in Nadiad. His father Jhaverbhai Patel was a farmer and mother Laad Bai was a simple lady. From his childhood itself, Patel was a very hard-working individual. He used to help his father in farming and studied in a school NK High School, Petlad. – The Iron Man of India 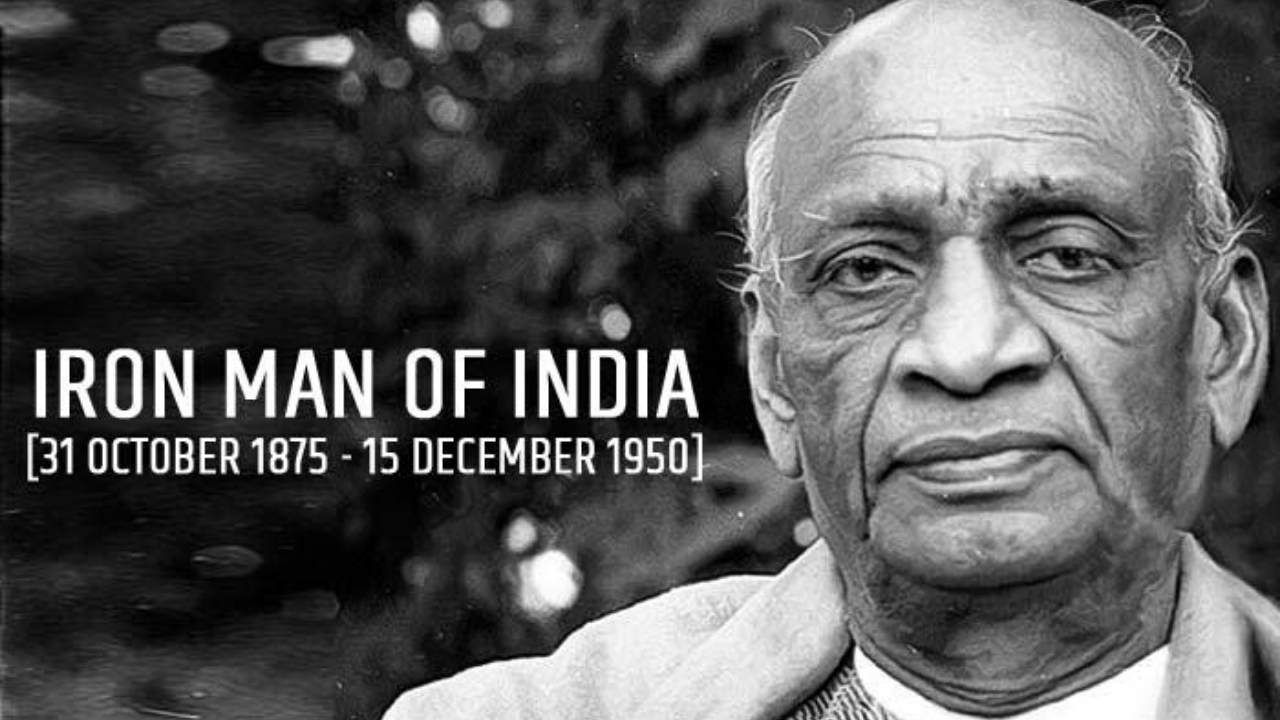 Below we have given a long essay on Sardar Vallabhbhai Patel of 500 words is helpful for classes 7, 8, 9 and 10 and Competitive Exam Aspirants. This long essay on the topic is suitable for students of class 7 to class 10, and also for competitive exam aspirants.

He passed his high-school examination in 1896. Throughout school, he was a very wise and intelligent student. In spite of poor financial conditions his father decided to send him to college but Vallabhbhai refused. Around three years he stayed at home, worked hard and prepared for the District Leader’s examination, hence passing with very good percentage.

He completed his schooling in the local area and subsequently, in his 30s, he went to Britain; like many of his generation of political leaders, he qualified as a barrister. Patel returned to India around the same time as Gandhi returned to India from South Africa, on the eve of World War I, and the two met shortly thereafter. Patel joined Gandhi in representing the weavers in the dispute with mill-owners in Ahmedabad in 1918, and he played a pivotal role in helping to redress the grievances of peasants in Kheda district. In 1928, Bardoli Taluka in Gujarat suffered from floods and famine. In this hour of distress, the British government raised the revenue taxes by thirty per cent. Sardar Patel took up cudgels on behalf of the farmers and appealed to the Governor to reduce the taxes. The Governor refused and the government even announced the date of the collection of the taxes. Sardar Patel organised the farmers and told them not to pay even a single pie of tax. The government tried to repress the revolt but ultimately bowed before Vallabhbhai Patel. It was during the struggle and after the victory in Bardoli that caused intense excitement across India, that Patel was increasingly addressed by his colleagues and followers as Sardar.

Another definite struggle was the Disobedience Movement in 1930 following which he was arrested. Later, he was released and was elected Congress President in the 1931 session in Karachi. In August 1942, the Indian National Congress launched the Quit India Movement following which Sardar Patel along with many other freedom leaders was jailed for three years. After achieving independence on 15th of August 1947, Pandit Jawaharlal Nehru became the first Prime Minister of Independent India and Sardar Patel became the Deputy Prime Minister. He was in charge of Home Affairs, Information and Broadcasting, and the Ministry of States.

There were 565 princely states in India at that time. Some of the Maharajas and Nawabs who ruled over these were sensible and patriotic. But most of them were drunk with wealth and power. They were dreaming of becoming independent rulers once the British quit India. They argued that the government of free India should treat them as equals. With great wisdom and political foresight, he consolidated the small kingdoms. The public was with him.

He tackled the likes of Nizam of Hyderabad and the Nawab of Junagarh- who intially did not want to join India. There were a lot of problems connected with the reunion of the numerous states into India. Sardar Patel’s untiring efforts towards the unity of the country brought success. Due to the achievement of this massive task, Sardar Patel got the title of ‘Iron Man’. He is one of the prestigious leaders of the world who became immortal by uniting a scattered nation without any bloodshed.

However, his enthusiasm to work for the independent nation got a big jolt when Gandhiji was assassinated. Patel was very attached to Gandhiji and considered him, his teacher and mentor. He was encouraged by Mahatma Gandhi in all his work. Gandhiji’s death left him broken. Sardar Vallabhbhai Patel’s health declined in 1950. He, himself realised that he was not going to live much longer. On 2 November his health deteriorated further and he was confined to bed. After suffering a massive heart attack, on 15 December, 1950, the great soul left the world.

For his services to the nation Sardar Patel was conferred with Bharat Ratna in 1991. But that was not the only accolade that he has received after his death. The new BJP government, under the leadership of PM Narendra Singh Modi, announced that a 182 metre statue of India’s Iron man, tipped to be the world’s tallest, would be erected in the middle of the Narmada River. The statue will be located at Sadhu Bet, an island situated 3 kilometers away from the Sardar Sarovar Dam in Gujarat. It is also one of the largest projects of the country. Recently, the government has also decided to observe the birth anniversary of Sardar Vallabhbhai Patel on October 31 as ‘Rashtriya Ekta Diwas’ (National Unity Day) every year. The day will be marked by administration of a pledge to all government employees as well as school and college students, to maintain the unity and integrity of the country. These truly seem to be the befitting tributes to a great man who fought with his blood and soul for keeping this great nation in unity.