Role Of Students In Modern India Essay: Students, particularly those who have crossed the teenage, can render great service to the country. The country badly needs their services but it is they who have to understand this. They have reached an age when energy bubbles in them, maturity has begun to dawn upon their minds; they have the capability to think and discriminate the right from the wrong. 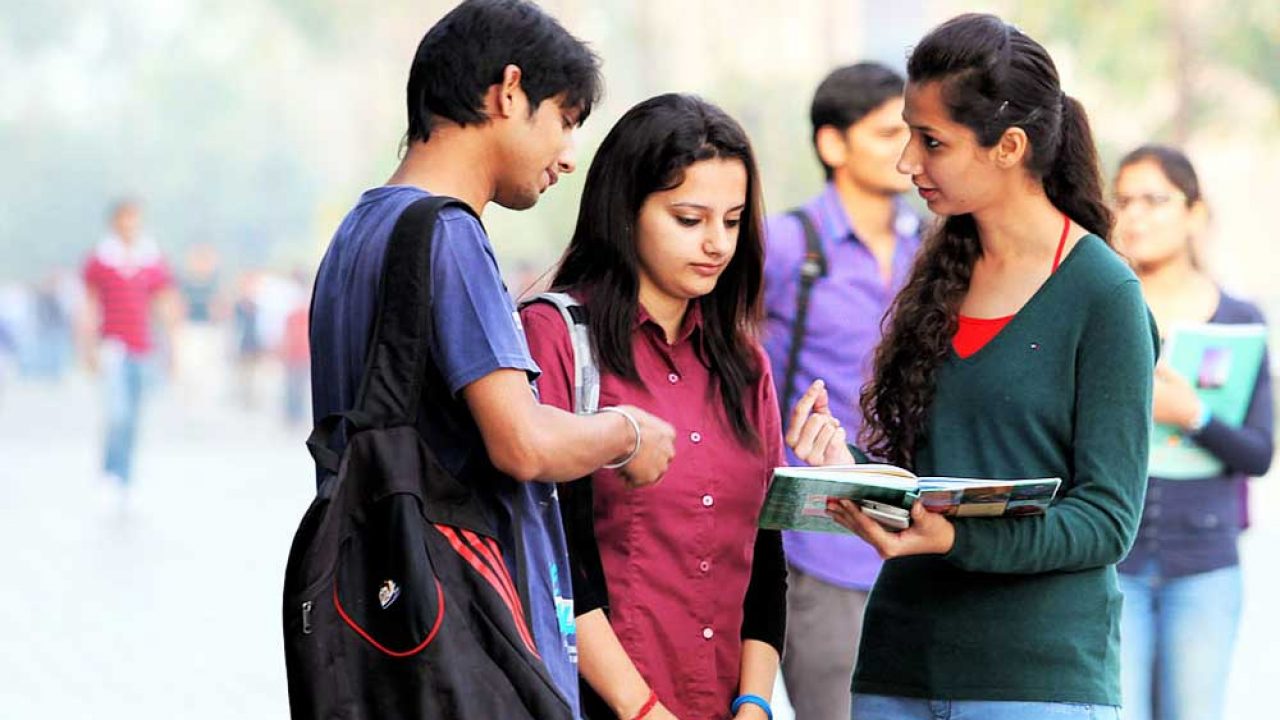 Below we have given a long essay on Role Of Students In Modern India of 500+ words is helpful for classes 7, 8, 9 and 10 and Competitive Exam Aspirants. This long essay on the topic is suitable for students of class 7 to class 10, and also for competitive exam aspirants.

They are in such a large multitude they are like a surging wave of a turbulent river which, if properly controlled and channelized can render the vast tracts of land green; but if left uncontrolled can work havoc and devastation. They have to know their potentiality of gainful service to the nation but as today, they do not seem to know it or they do not want to know it. They shirk that responsibility which they should themselves offer to shoulder. That is the sorry state of affairs.

Their energies get wasted in wrongful pursuits, in organizing strikes and ‘Bands’, in putting forth demands which do not concern them or could get solved by sitting and talking it out across the table. But soon they form a ‘mob’ and a mob has no mind of its own. It is led by frenzy and grows fanatic. Reason and good sense never appeals to a mob. This is the scenario all the country over while problems frown on us or like cankers are ready to eat into the vitals of our body politic.

What are they to do? — let them be told. 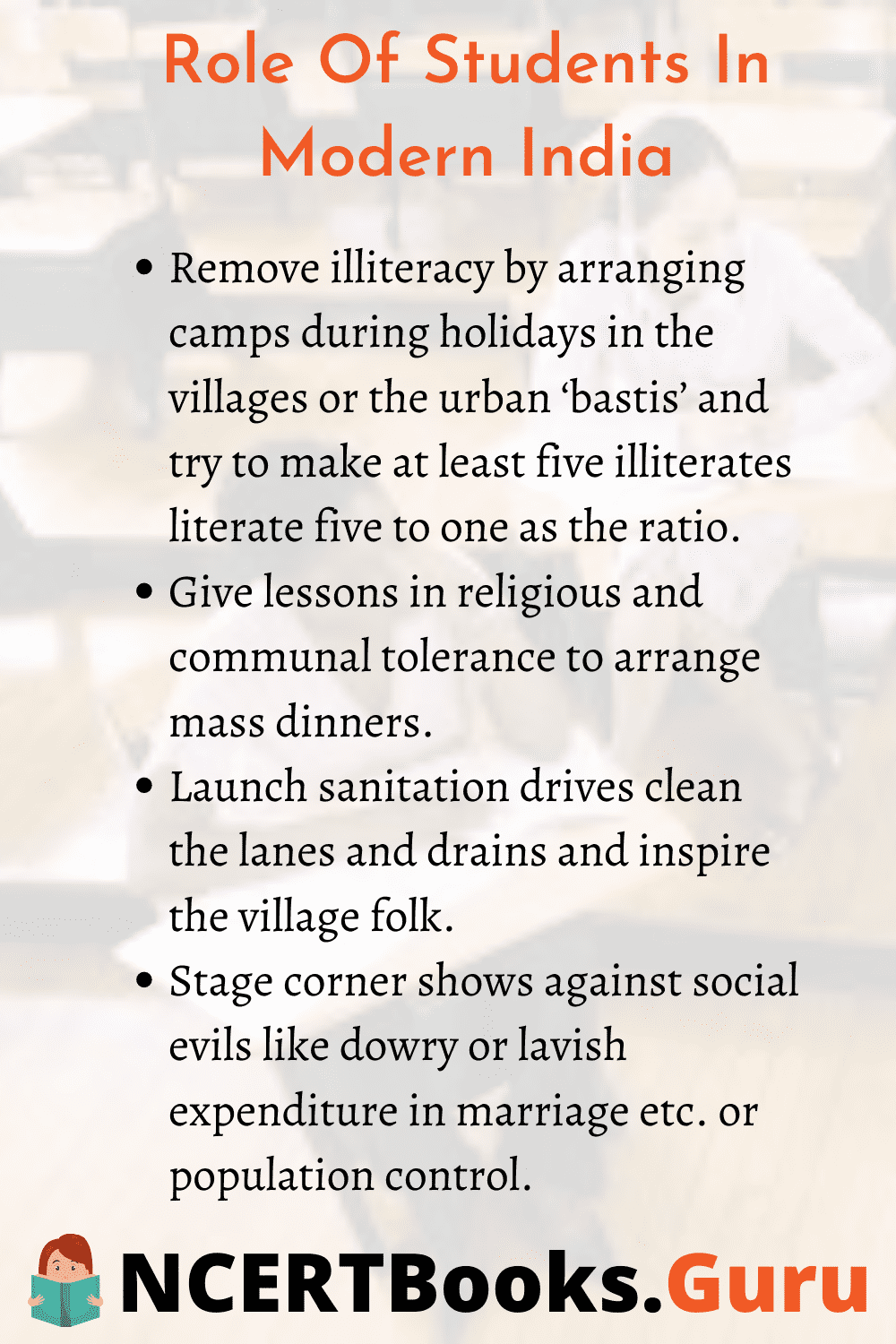 India has a rural base and most of our students come from that background. They know full well the problems that face the people in the rural sector. The most important of it all is illiteracy. Students have long holidays at their disposal. During these periods they can organize themselves into groups and take upon themselves the task of each 6ne of them making five illiterate persons literate in their area. All over the country if students take up this challenge and meet it, what a tremendous service at a vast scale would they render.

Religious tolerance, and breaking the barriers of castes is still another greater social good that they can render. They can do it through words as well through deeds. While in their villages during holidays they may organize meetings, they may arrange mass dinners, they may usher in a new awakening. At the outset, they can face staunch opposition from their own elders in this task but slowly and gradually they can persuade cajole and convince them the elders into accepting that temples are meant for all; that all religions lead to the same goal; that the nation is more important than the caste, community, and religion.

They can give examples and prove their point that soldiers fighting on the fronts to protect the country all live together, dine together, they know no discrimination but fight for the common cause of saving the country’s honour. Their common aim and a common goal makes them one.

Students, during their vacations, can also launch sanitation drives in their villages; clean the drains and fill up the puddles; give the village a cleaner took once they have done it, villagers would feel encouraged and inspired to keep up the task.

Below we have given a short essay on Role Of Students In Modern India is for Classes 1, 2, 3, 4, 5, and 6. This short essay on the topic is suitable for students of class 6 and below.

Planting of trees and awakening the conscience of the village folk regarding environmental pollution is one big task that students can perform. Let them propagate the plan of one man or woman ‘one tree’ or one child in the village school ‘one tree’ what a tremendous afforestation drive can this effort bring about. Let each one planting a sapling or seedling give it his name and let the tree be known by that name it would be fun and fame but a great national service.

Those students who belong to the towns can carry out sanitation drives in their localities; hold free medical camps with the help of their friends among the doctors, hold ‘nukkad nataks’ to educate the people on social problems, carry out the literacy drive through night schools.

But all this can be done only if students realize their potential and have in them an urge and a zeal towards service of the country. 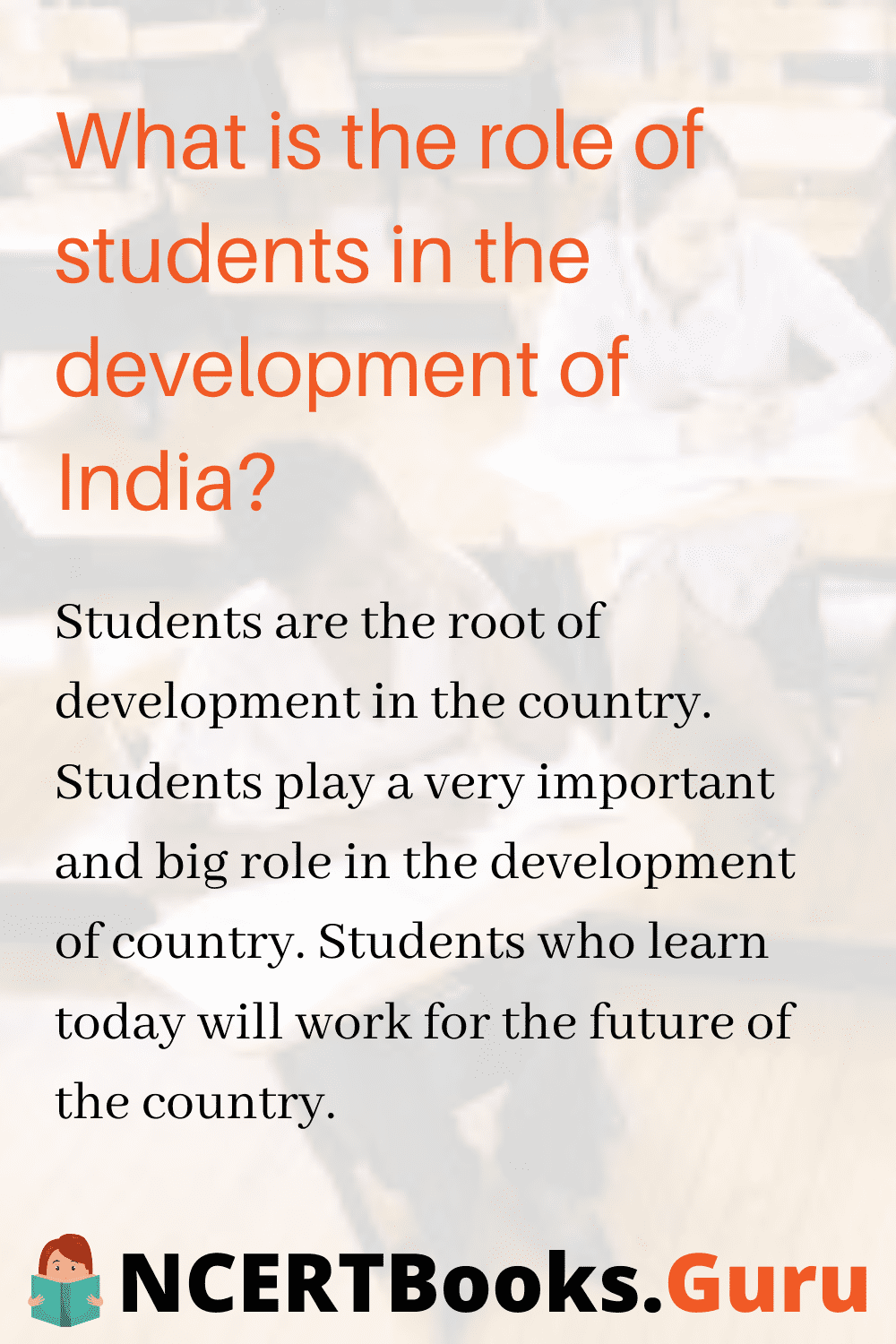 FAQs on Role of Students in Modern India Essay

1.  What is the role of students in the development of India?

2. How can we as a student contribute to our country?

Students are future citizens. So by doing their work i.e. learning their lessons students can contribute their part in increasing our countries progress. An increase in literacy rate will surely increase our countries prosperity.

3. How do you perform your role as a student?

4. What makes a nation great and strong?

It is definitely the students of today’s generation that make a nation great and strong be it with their literacy or skills.