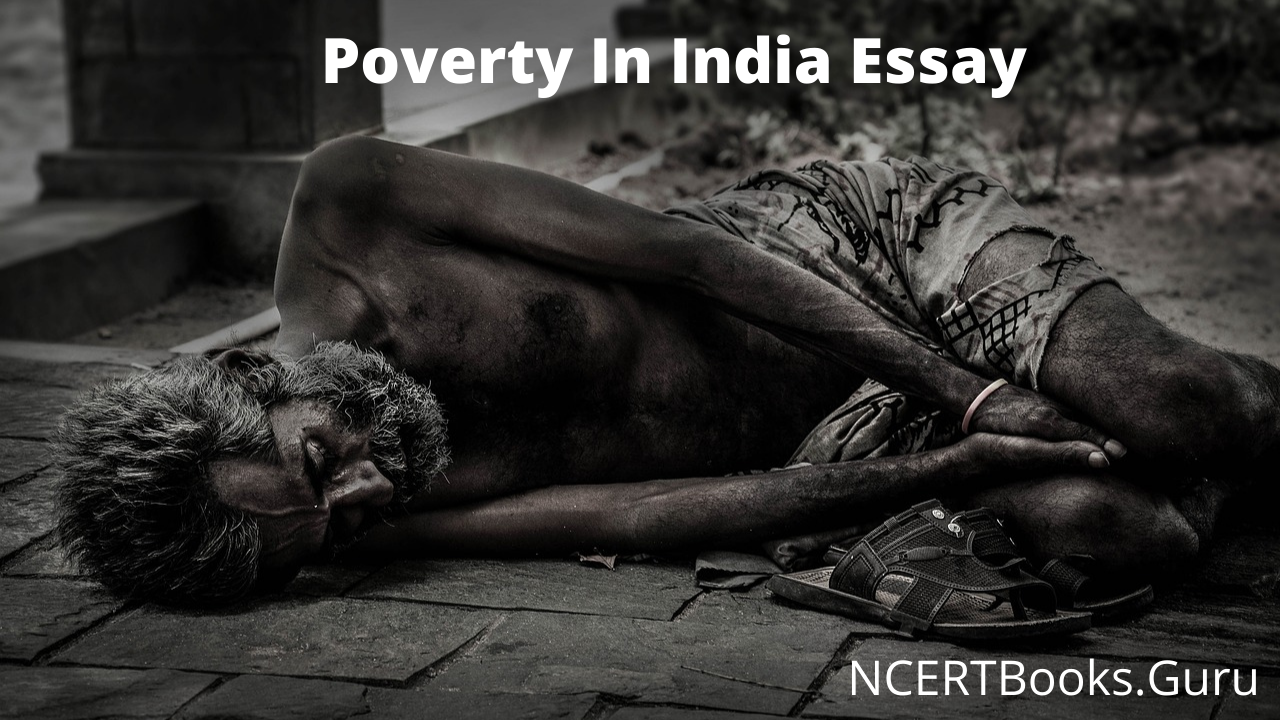 Poverty In India Essay: Poverty is one of the major problems in India. It is the root and cause of many socio-economic problems including population explosion, unemployment, child labour, rising graph of crimes, etc.

Long Essay on Poverty In India 600 Words in English

Below we have given a long essay on Poverty In India of 500 words is helpful for classes 7, 8, 9 and 10 and Competitive Exam Aspirants. This long essay on the topic is suitable for students of class 7 to class 10, and also for competitive exam aspirants.

“Poverty” is the worst form of violence”, said Mahatma Gandhi. Over the years, poverty has proved to be the biggest hurdle in the way of success of India’s development. Poverty is that condition in which a person fails to not only fulfil his basic physiological needs, but also fails to protect himself from diseases, get balanced nutrition, maintain good health etc.

In simple terms, a person in order to survive should have proper food, clothing, shelter, health care and education. Thus, poverty refers to a person failing to acquire these minimum levels of subsistence and in turn suffer from starvation, malnutrition, and diseases.

Poverty has been an inevitable problem since the time immemorial. From late 19th century through early 20th century, under British colonial rule, poverty in India intensified, peaking in 1920’s. Over this period, the colonial government, de-industrialised India by reducing garments and other finished products’ manufacturing by artisans in India.

They instead imported these from Britain. These colonial policies moved unemployed artisans into farming and transformed India as a region increasingly abundant in land, unskilled labour and low productivity, capital and knowledge. Moreover famines and diseases killed millions each time.

Recently, in 2013, the Indian Government stated 21.9% of its population is below official poverty limit. In other words, India with 17.5% of world’s total population, had 20.6% share of world’s poorest in 2013. A large proportion of poor people live in rural areas. Poverty is deepest among members of scheduled castes and tribes in the country’s rural areas.

On the map of India, the poorest areas are in parts of Rajasthan, Madhya Pradesh, Uttar Pradesh, Bihar, Jharkhand, Odisha, Chhattisgarh and West Bengal. In fact, the story of our prolonged poverty and tyranny attached has got so much fame that a , foreign director (Danny Boyle) produced a whole movie on the issue. This movie is Slumdog Millionaire which got worldwide acclamation through Oscar Awards.

Statistics reveals that economic prosperity has indeed been very impressive in India, but it is the distribution of wealth that has been uneven and has caused the grave problem of poverty. Other major causes of poverty are illiteracy along with uncontrolled population growth, unemployment and under-employment, dependence on agriculture, caste system and corruption. The causes of rural poverty are manifold including inadequate and ineffective implementation of anti-poverty programmes.

The over-dependence on monsoon with non-availability of irrigational facilities often results in crop-failure and low agricultural productivity forcing farmers in the debt-traps. The children of poor families are forced to take up jobs at a tender age to fend for their large families, thus are not only deprived of their childhood but education too adding to the illiterate bulk of the country.

Central grants for programmes like Indira Awas Yojana and others, which was aimed at providing housing to the poor, have been utter failures due to lack of proper implementation. Massive transfer of ‘Black Money’ overseas and under-utilisation of foreign aid have also contributed to the deepening of poverty in India. Nelson Mandela once quoted:

“Like Slavery and Apartheid, poverty is not natural. It is man-made and it
can be overcome and eradicated by the actions of human beings”.

Interestingly, the incidence of rural poverty has declined somewhat in the past years as a result of rural to urban migration. In order to combat the grave problem of poverty, first and foremost, there should be a strict check on population increase. Creation of employment opportunities, spread of education, elimination of black money, decentralisation of planning, helping women and youth to become self-reliant are some other ways to combat this problem. Empowering the weaker and backward section of society is also expected to contribute to the alleviation of poverty. It is not due to lack of resources or technical assistance that we are failing in achieving our goals but more so due to lack of execution of these plans and programmes. 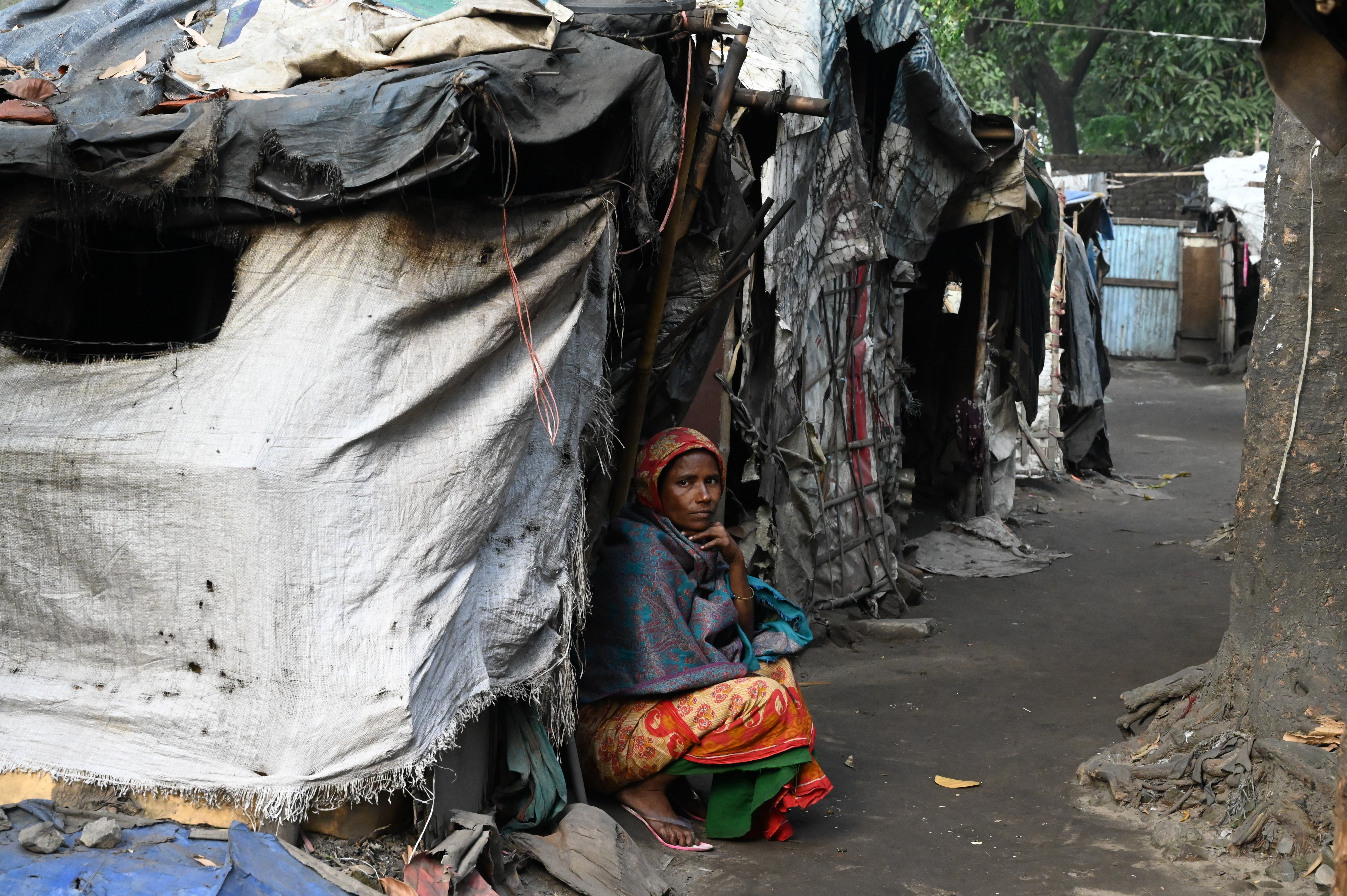 Short Essay on Poverty In India 300 Words in English

Below we have given a short essay on Poverty In India is for Classes 1, 2, 3, 4, 5, and 6. This short essay on the topic is suitable for students of class 6 and below.

Since the 1970s, the Indian Government made poverty reduction a priority in its part of planning. Policies focus on improving the poor standard of living by ensuring food security, promoting self-employment through greater access to assets, increasing wage employment and improving access to basic social services. The Indian Government and non-governmental organisations have initiated several newer programmes to alleviate poverty, like increased access to loans, improving agricultural techniques and price supports, and promoting education and family planning. These measures have helped eliminate famines, cut absolute poverty levels by more than half and reduced illiteracy and malnutrition.

The participation of civil society organisations in poverty reduction efforts, especially those directed to women, has increased social awareness and encouraged government to provide better services. These civil society organisations have not only contributed to women’s material well-being; they have also helped to empower them socially and politically.

The problem of poverty persists because of a number of loop holes in the system. The encouragement of non-governmental organisations and private sector individuals in tackling poverty is imperative, as the state cannot do everything alone. Poverty is more of social marginalisation of an individual or group in the society rather than inadequacy of income to fulfil the basic needs. Economic growth will not reduce poverty unless it is inclusive.
Poverty alleviation programmers should also address the issue of poverty from broader social and economic perspective. The most recent “Make in India” campaign of Prime Minister Narendra Modi is being foreseen as a sure shot method to eradicate poverty, by giving employment opportunities to the masses.