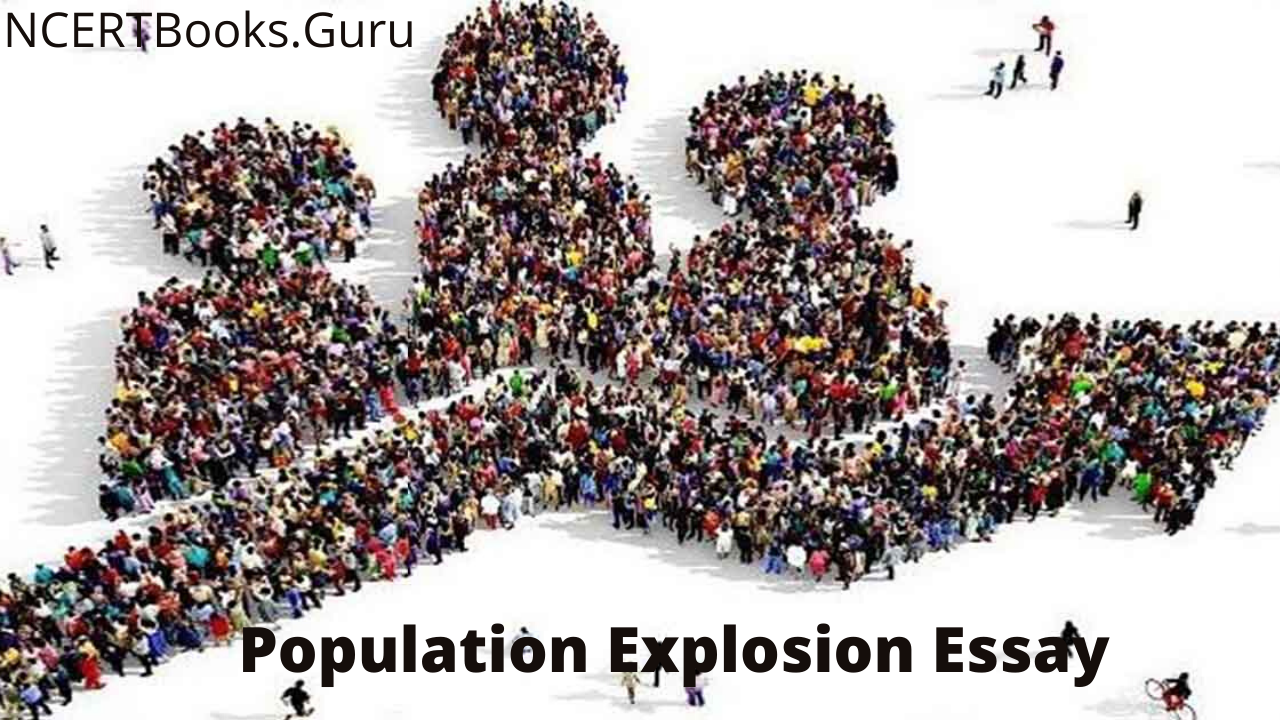 Population Explosion Essay: Next to the People’s Republic of China, India is the most populous country in the world. According to 2011 Census, India with 1.21 billion people is very close to China’s 1.35 billion population. India occupies 2.4% of the world’s land area and supports over 17.5% of the world’s population, thereby meaning one out of six people on this planet is an Indian. It is estimated that India is all set to leave China behind by 2030 in terms of population. But, it is interesting to note that India is not ignorant towards the problem of population explosion as the latest census shows that 2001 -2011 is the first decade which has actually added lesser population as compared to the previous decades (with exception of 1911-1921).

Below we have given a long essay on Population Explosion of 500 words is helpful for classes 7, 8, 9 and 10 and Competitive Exam Aspirants. This long essay on the topic is suitable for students of class 7 to class 10, and also for competitive exam aspirants.

Kautilya, a political philosopher considered population as a source of political, economic and military strength. But today, population explosion is considered as the burden on planet Earth. Evidently, largest contributors to population are the poorer nation or developing countries to be precise. Among Indian States and Union territories, Uttar Pradesh is the most populous state and Lakshadweep is the least populated.

The major cause of this population explosion is the widening gap between the birth ; rate and the death rate. Earlier, there was a balance between the birth and death rate due to limited medical facilities, people dying in war and others. The whole ethos in poorer nations is that the more children one has, the more people will be able to provide for the family and look after the parents in their old age. This notion has primarily arisen due to illiteracy.

Illiteracy is the problem which our country and other poorer nations are facing today. Low literacy rate leads to traditional superstitious and ignorant population. This is evident from the fact that Kerala which has a very high literacy rate forms only 2.76% of Indian population as compared to Uttar Pradesh having maximum number of illiterate population constituting 16.49% of the population.

Poor people are illiterate and see a child as a “gift of God” which directly leads to | population explosion. They fail to understand or estimate the adverse effects of such explosion which are as follows: Increasing population has led to declining Man Landratio. There is also food scarcity problem as it is very hard to keep pace with the demands of the fast growing population. Common properties such as forest and water are over-exploited. This results in deforestation and desertification with permanent damage to the renewable resources.

Along with population explosion, the total number of illiterate people are also increasing every year which is an indication of the wastage of human resource. Facilities such as housing, transportation, health care and education become inadequate giving rise to problems like unsanitised localities, traffic congestion, crowded hospitals etc.

To tackle’this problem, lots of countries have taken corrective measures. The most significant population control system is China’s ‘one child policy’ wherein having more than one child is discouraged by imposing taxes. In Iran, mandatory contraceptive training courses are required for both males and females before a marriage license can be obtained. In the United States, the Public Health Service Act provides access to contraceptive services, supplies and information to those in need. Priority for services is given to people with low incomes. 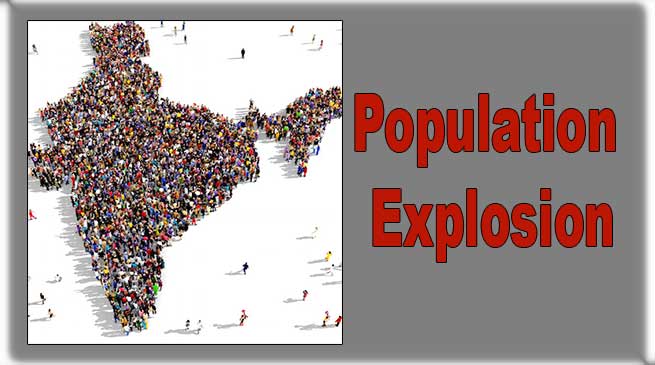 Below we have given a short essay on Population Explosion is for Classes 1, 2, 3, 4, 5, and 6. This short essay on the topic is suitable for students of class 6 and below.

India too has applied some of these measures to curb this problem. “Hum do, hamare do” slogan meaning one family, two children and “Chhota Parivar, Sukhi Parivar” meaning small family, happy family has been hugely promoted by the government to reinforce the message of family planning. To spread awareness, hoardings with such slogans have been put up in hospitals and in public places. Government has also introduced the concept of contraceptive vending machines at various places along with repeated advertisements by the means of media. Even NGO’s are being involved to spread awareness and education among the masses. Former President Dr APJ Abdul Kalam once said “Almost half of the population of the world lives in rural regions and mostly in a state of poverty. Such inequality in human development have been one of the primary reasons for unrest and in some parts of the world, even violence. ”

Population explosion is a massive problem and there are no easy solutions. Action plans and strategies should be developed to increase public understanding of how rapid population growth limits the chances of meeting basic needs. Effective provisions in taxation should be made that favour families with limited number of children. The spirit of open communication and empowerment of women will be the key to a successful solution to many problems. Sex-education needs to be made a mandatory subject in schools, so that students at the early age of their youth know the advantages of contraceptives and understand the importance of family planning. The road may seem long for India but it is not an impossible destination to arrive at.