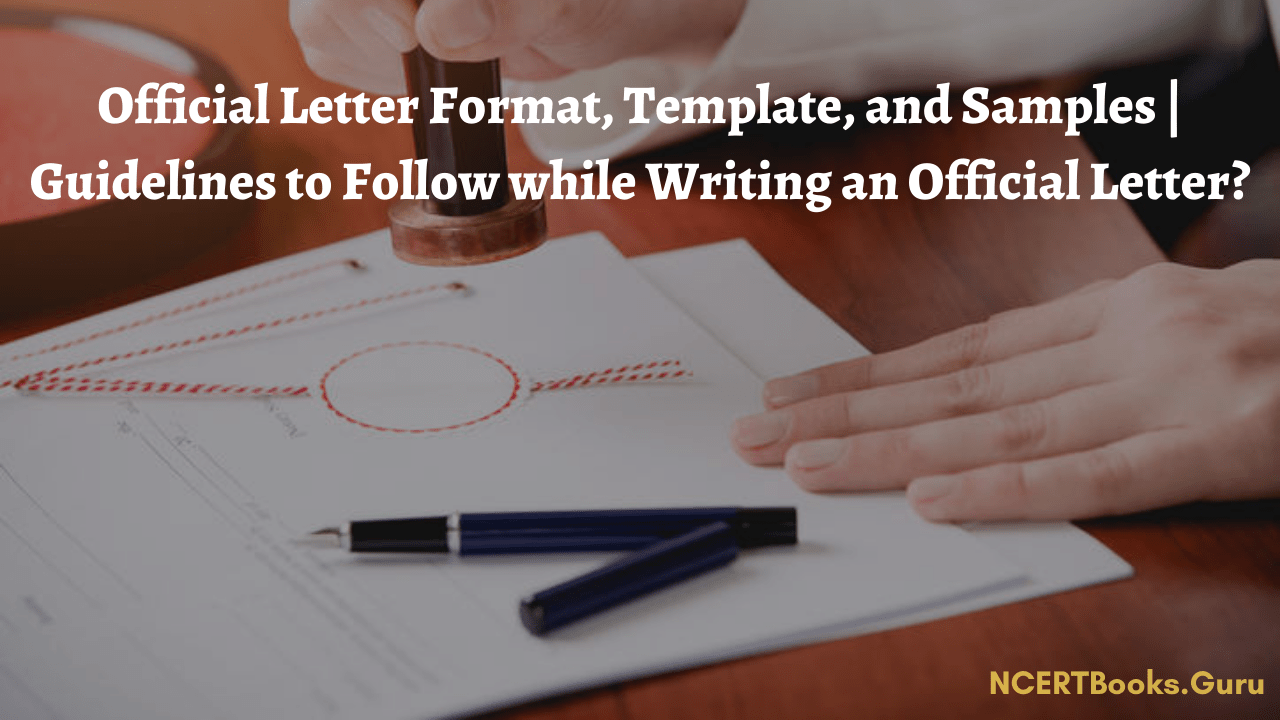 Official Letter: An official letter can be known as a “formal letter,” which means a document professionally drafted for other companies or business professionals. You can draft a formal letter in many cases regarding the organization like when applying for jobs, expressing interest in a job position issuing a complaint, or thanking someone.

Usually, Formal letters are the professional way to describe yourself while using simple and concise sentences to avoid taking up the reader’s time. You must draft the official letter in a formal greeting and signature. You all need to follow a very structured and specific format while Official Letter Writing.

Get Different Letter Writing Topics for both Formal and Informal Topics and be familiar with various styles of letter writing efficiently.

Guidelines on How to Write an Official Letter?

The essential principle for sending an official letter is to understand the content of the letter in a simple and brief sentence. By doing this, you can save valuable time, and also readers can get clarity of the content. Moreover, a particular format should be followed during the Official letter writing. So, we have curated some of the most important Official Letter Guidelines below thus help you in composing the perfect formal letter writing.

The following template will explain how to accurately write an official letter for any situation like appreciation, resignation, interview follow-up, business announcements, etc. 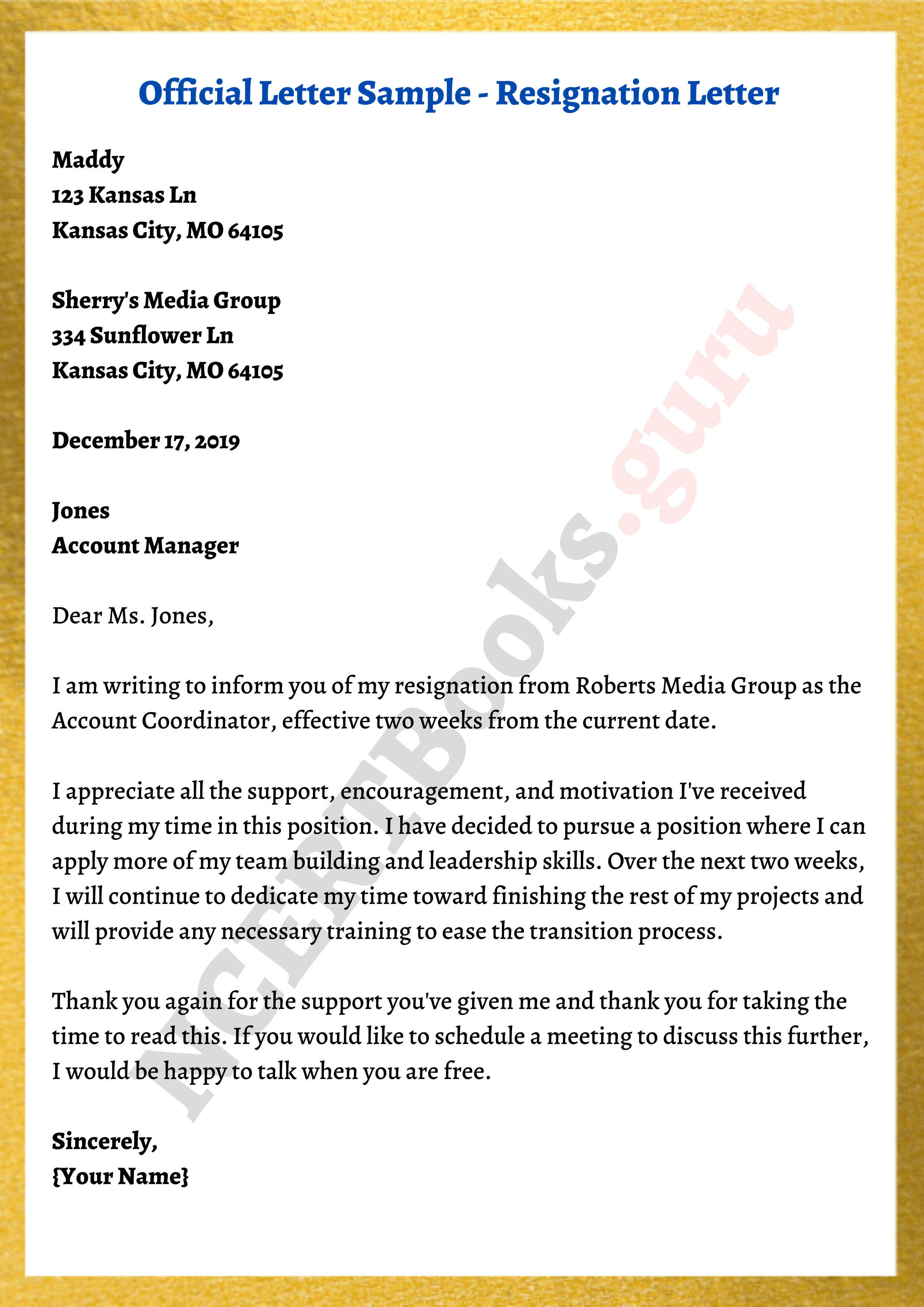 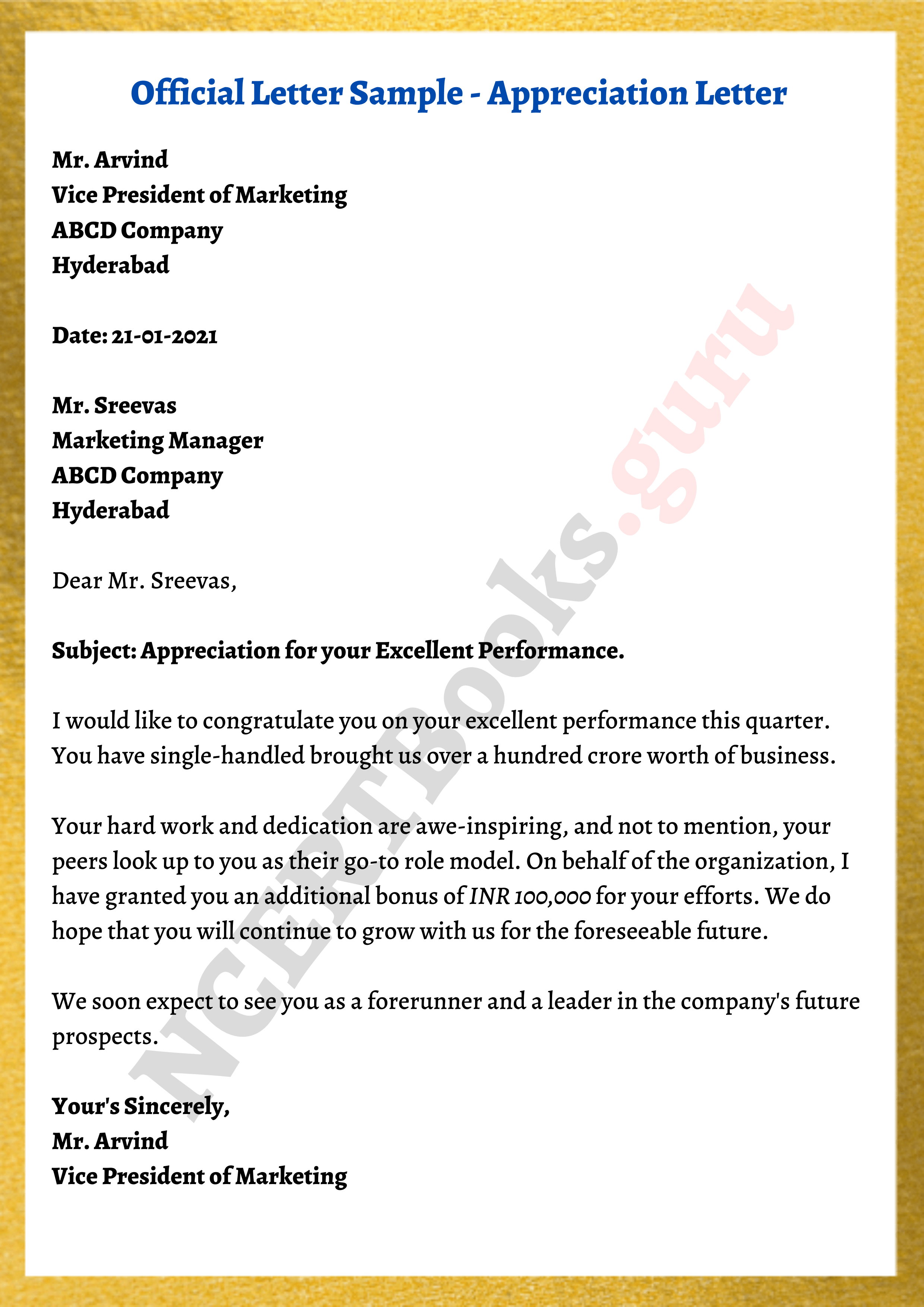 1. What to include in an official letter?

To prepare a proper official letter protocol, you must include the following elements:

2. What are the Types of Official Letters?

3. What are the don’ts you should know while writing an Official letter?

The following are some of the don’ts, you should remember when writing an official letter: