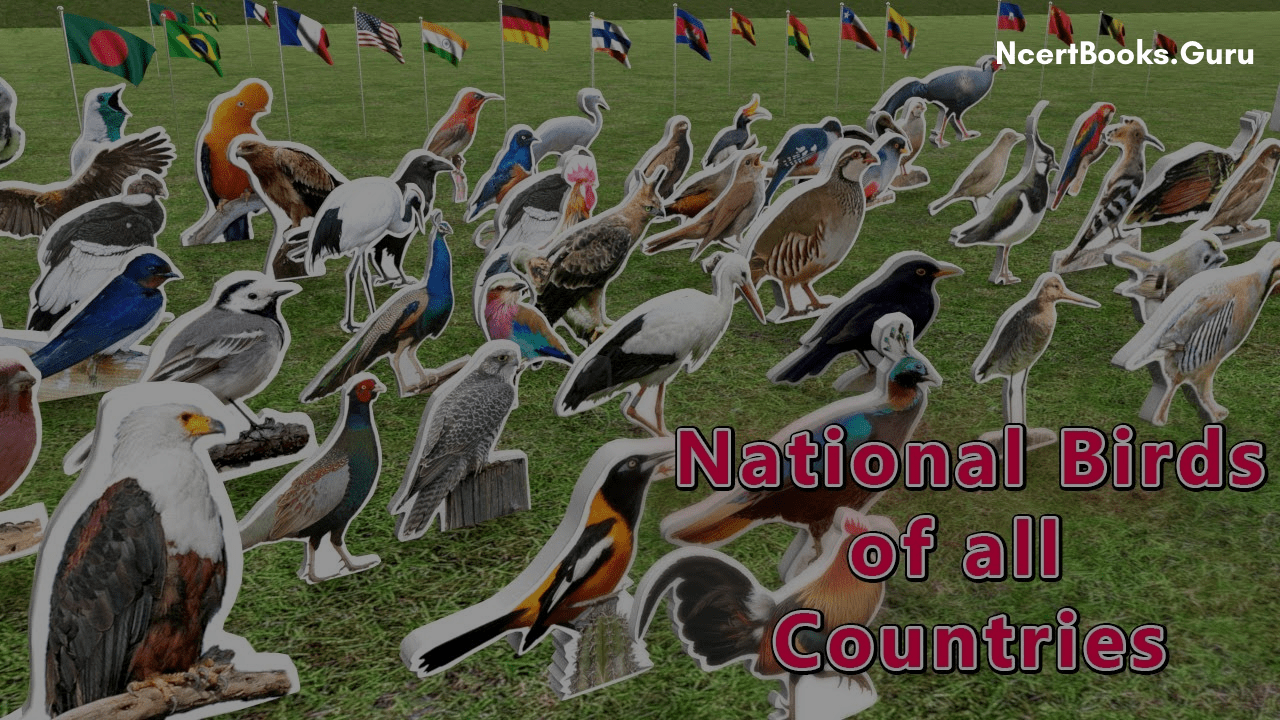 National Birds of all Countries: Birds are majestic symbols for various nations in the world. National birds are the ideal symbol of the country that represents grace, beauty, joy, and love. Also, various national birds demonstrate the broad diversity of Avifayna across the world. It reflects a country’s rich and varied heritage also may resemble on coins of a nation, notes, coat of arms, seal, and stamps. In this article, students can get the complete guide on National Birds of all countries like how to choose them and the list of national birds of various countries.

How to Choose Country’s National Bird?

For every country, National Symbols play a major role in representing the culture and tradition of a country in a symbolic form. Most of the countries are better known for their symbols rather than the country itself. So, choosing the correct national symbol like a national bird is very important for the country officials. National birds are chosen carefully recognizing their abundance, ubiquity, and uniqueness. The country government creates pretty strict laws to protect their national birds and it is illegal to hunt or harm them.

Also, these national birds are selected on the basis of national character, rooted in the history and culture of that country and found in a broad range in that country. Whereas a few of the official birds chosen for their astonishing beauty, others for melodious voices. In the below module, we have listed the national birds of various countries in the world. In the provided list. some are officially recognized, some are unofficially adopted.

Must Check: GK General Knowledge for Other World GK

National Birds of all Countries in the world list is available below. Check out the provided list of different countries’ national birds in alphabetical order & score more marks in various competitive exams. Also, you can refer to this table for knowing the scientific names of birds of each country.

Students who are preparing for the SSC Exams or various govt exams should aware of the questions from neighboring countries like National Birds, Animals, Flags, etc. Hence, we have listed the important National Birds of Neighboring Countries below. Take a look at the table and memorize the answers to such questions.

For quick reference, you can also go with this below video on National Bird of Every Country in the World:

FAQs on All Countries National Birds in the World

1. What is the national bird of the world?

The Bald Eagle is the ultimately decided bird to represent the world as the National Bird in 1782.

2. Which country is known as a land of birds?

Australia country is the home to one in 10 unique world bird species. So, it is called a land of birds.

3. How many birds are there in the World?

There is no exact count of the birds leave in the world but the roughly estimated figure is 10,000 to 13,000 bird species and 200 to 400 billion individual birds are there in the world.

4. What is the World’s Smallest Bird?

Bee Hummingbird is the smallest bird on earth.

5. Which bird is known as Kind of All Birds?

6. What is the tallest and heaviest bird on the planet?

The tallest and heaviest bird across the world is ‘Ostrich’ – with its long neck and brown plumage.