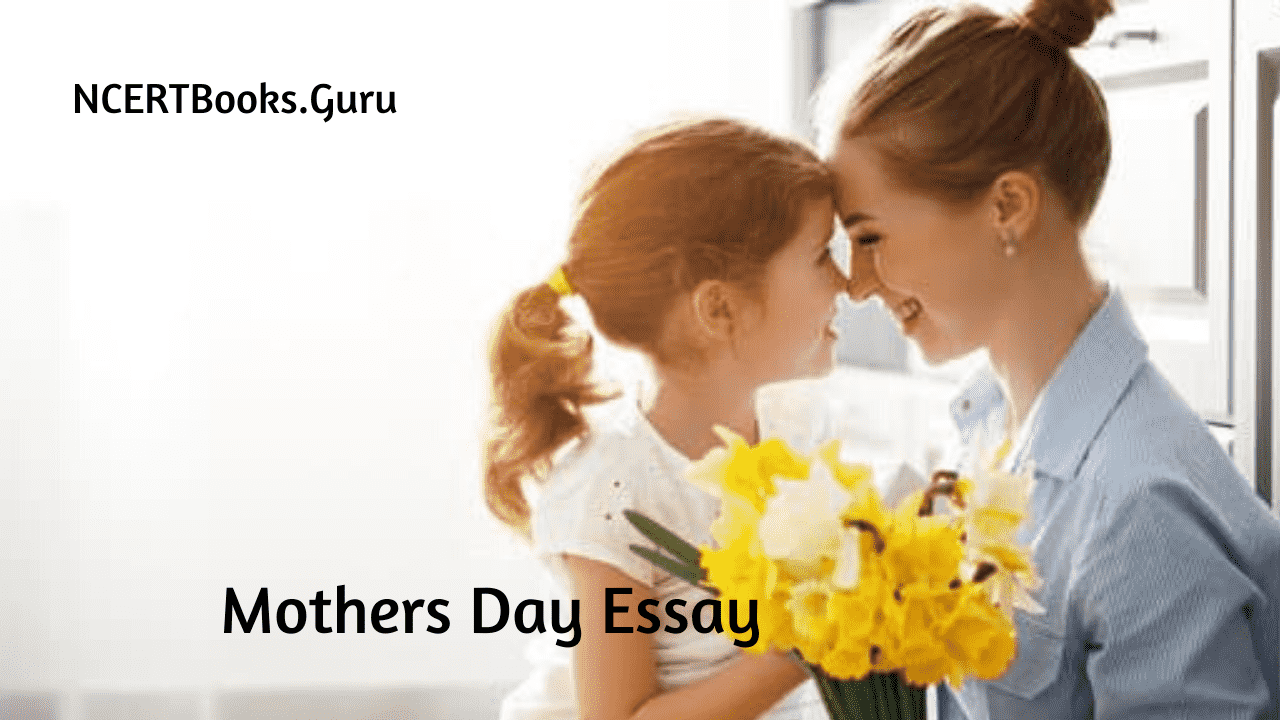 Mothers Day Essay: May 12, every year is a day dedicated to mothers and has begun to be celebrated as the ‘Mother’s Day’. There is a growing trend of celebrating ‘Days’ now the Mother’s Day, the Valentine Day the World Food Day and whatnot. This is what our modem town life, in particular, has adopted from the west like so many other things — food likings in particular. The Indian culture regards mothers and fathers as Gods — (Matridevo bhava, Pitradevo bhava). It is an eternal and everlasting thought and ever-present thought regardless of the mother and the father. 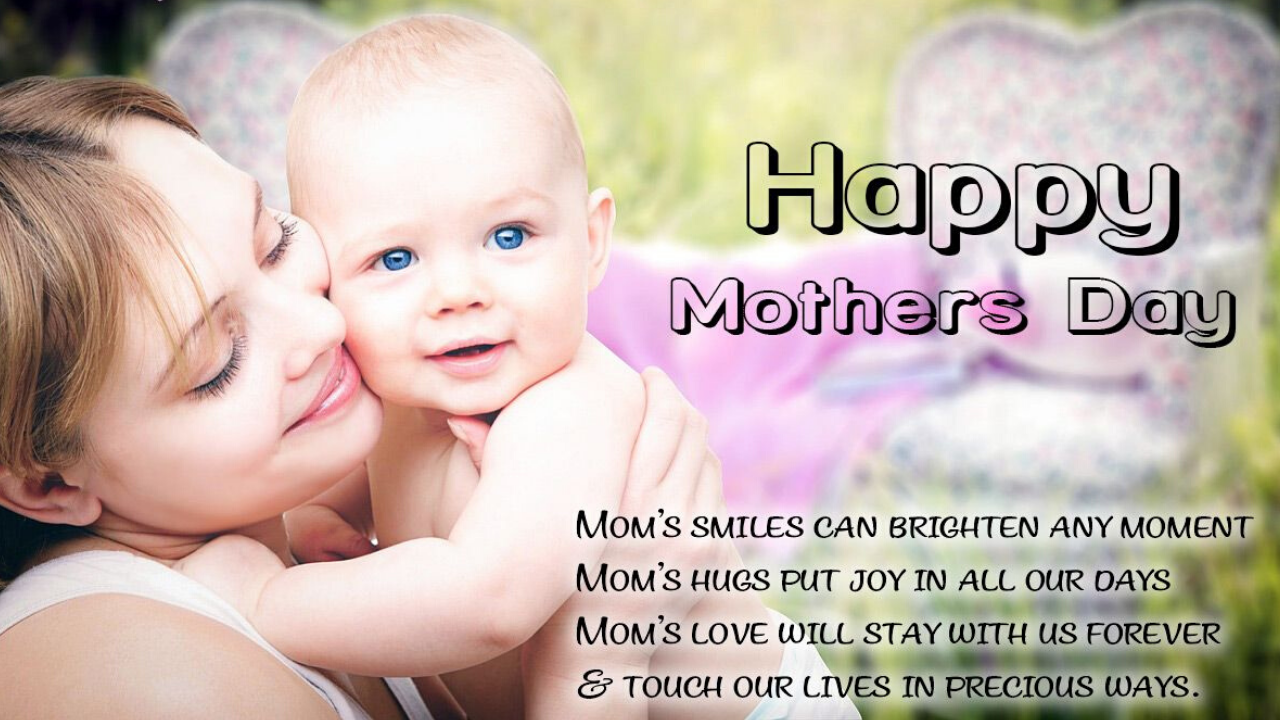 Below we have given a long essay on Mothers Day of 500 words is helpful for classes 7, 8, 9 and 10 and Competitive Exam Aspirants. This long essay on the topic is suitable for students of class 7 to class 10, and also for competitive exam aspirants.

The Western way of life is such that as soon as the young man or young woman attains the age of youth, he or she wants to lead an independent life — independent of their parents. And, therefore, they need a day specially assigned when they would particularly remember their ‘Mother’ that they have one who also deserves some care and concern. They, therefore, have a day when they would visit their mother, offer her some presents, if nothing else then a bouquet and take her out for dinner and when the ‘Day’ is done, the ‘Mother’ is dumped back to her loneliness and seclusion only to wait for a year for the next Mother’s Day. 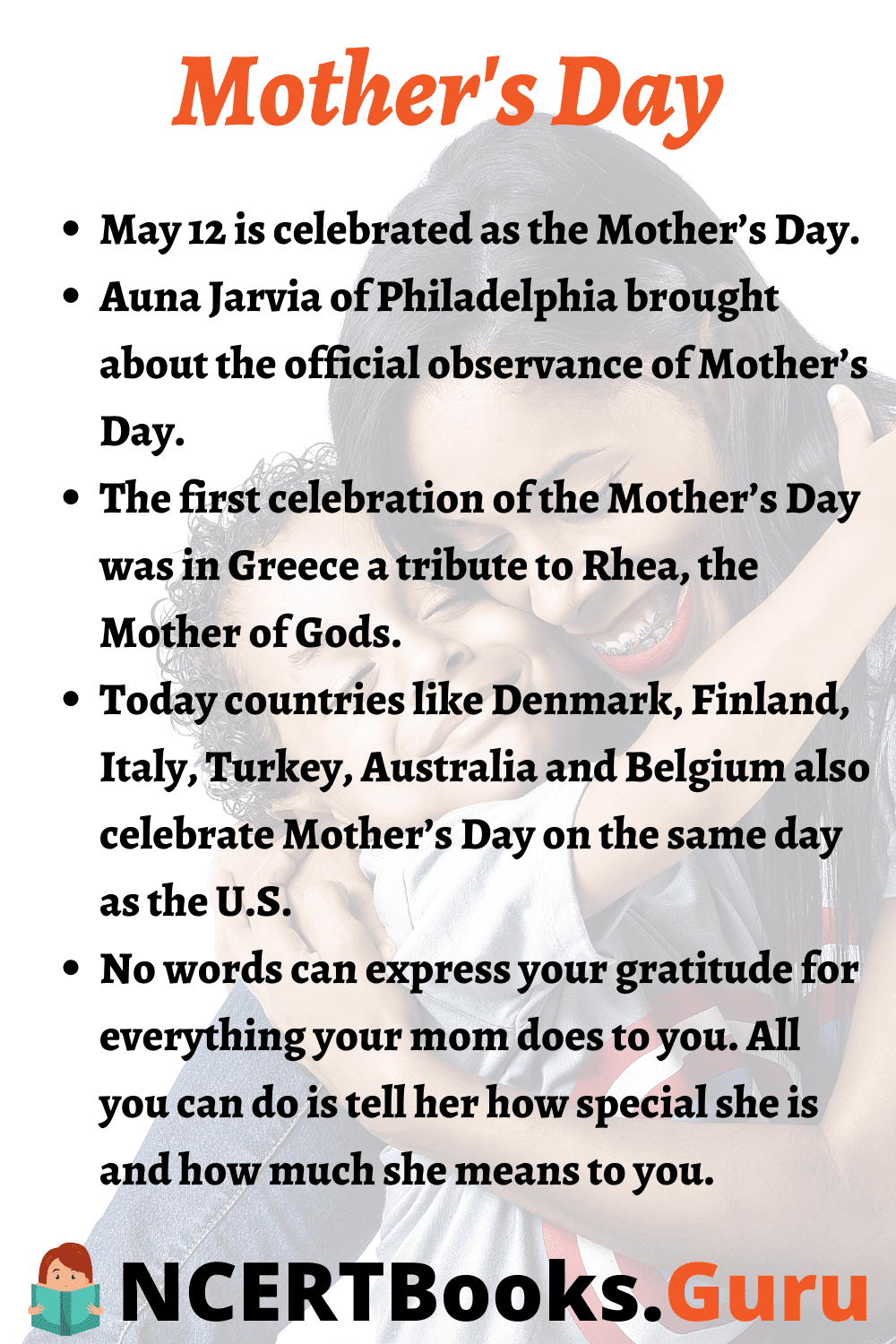 The Indian way of life and culture has ever seen so different. Ours has been a composite culture a joint family system at least parents are always a part of our life and it is not only an obligation but a duty to look after them even if they live in the village while the son works and lives in the town.

Still with such a culture which rests on the emotional and sentimental considerations, one knows not why our modem town life revels in emulating the West. The concept of a ‘Mother’s Day’ is one such example of the emulation of the West and so is the much-publicized, much-maligned and much agitated against is the ‘Valentine Day’.

The first celebration of the Mother’s Day was held in the spring season in ancient Greece by paying tribute to Rhea, the ‘Mother’ of Gods.

During the 17th century, England honoured mothers by celebrating ‘Mothering Sunday’ on the fourth Sunday of Lent.

In the United States of America, Julia Ward Home suggested the idea in 1872 and perceived ‘Mother’s Day’ as dedicated to Peace.

But it was Auna Jarvia of Philadelphia who brought about the official observance of Mother’s Day. She wanted this day to be a holiday and launched a campaign for it. This she did in memory of her mother who died in 1905 and who had, in the late 19th century tried to establish ‘Mother’s Friendship Days’ as a way to heal the scars of the Civil War in America.

Below we have given a short essay on Mothers Day is for Classes 1, 2, 3, 4, 5, and 6. This short essay on the topic is suitable for students of class 6 and below.

In 1907 Jarvia held a ceremony in Grafton, West Virginia, to honour her mother who had died in 1905. The proceedings touched her so greatly that she began a massive campaign to adopt a formal holiday for honouring mothers and in 1910 West Virginia became the first state to recognise Mother’s Day. A year later, nearly every State officially marked the Day and in 1914 President Woodrow Wilson officially proclaimed ‘Mother’s Day’ as a national holiday to be held on the second Sunday of May.

Jarvia had begun the celebration as one to be a sentimental tribute to the mother, but her intent and purpose got defeated when she found the ‘holiday’ being commercialised. Cards got printed in lavish style and got sold out in large numbers, celebrations began to be arranged on a commercial basis. Trade took away the sentiment behind the whole thought. Jarvia felt so frustrated that she thought that her accomplishment was turning bitter for her.

She fought against this commercialisation and even filed a lawsuit in 1923 to stop the celebration of the Mother’s Day. She was even arrested for disturbing the peace at a War Mother’s Convention when women sold white carnations. ‘White Carnation’ was the symbol designed by her for mothers to raise money to help impoverished mothers who had lost their sons in the Civil War. But she never intended to make it a profit-earning proposition and that is what it had exactly become.

Jarvia was never a mother herself. She spent her maternal fortune trying to stop the commercialisation of the holiday and the venture that she had started.

Why, then should India lag behind — India’s big towns have also begun the celebration of this Day on a large scale whether it is more the sentiment behind it 1 or the profit motive only the card printers and the celebration organisers would better be known. 1.  Why is Mother’s Day Celebrated?

Mother’s Day is celebrated in various parts of the world to show your respect, love and care towards moms.

Anna Jarvis is the one who founded Mother’s Day in the United States.

3. Where can I find Best Messages for Mothers Day?

You can find the best messages for mothers day from here.

4. How do you thank your mon for everything?

No words can express your gratitude for everything your mom does to you. All you can do is tell her how special she is and how much she means to you.