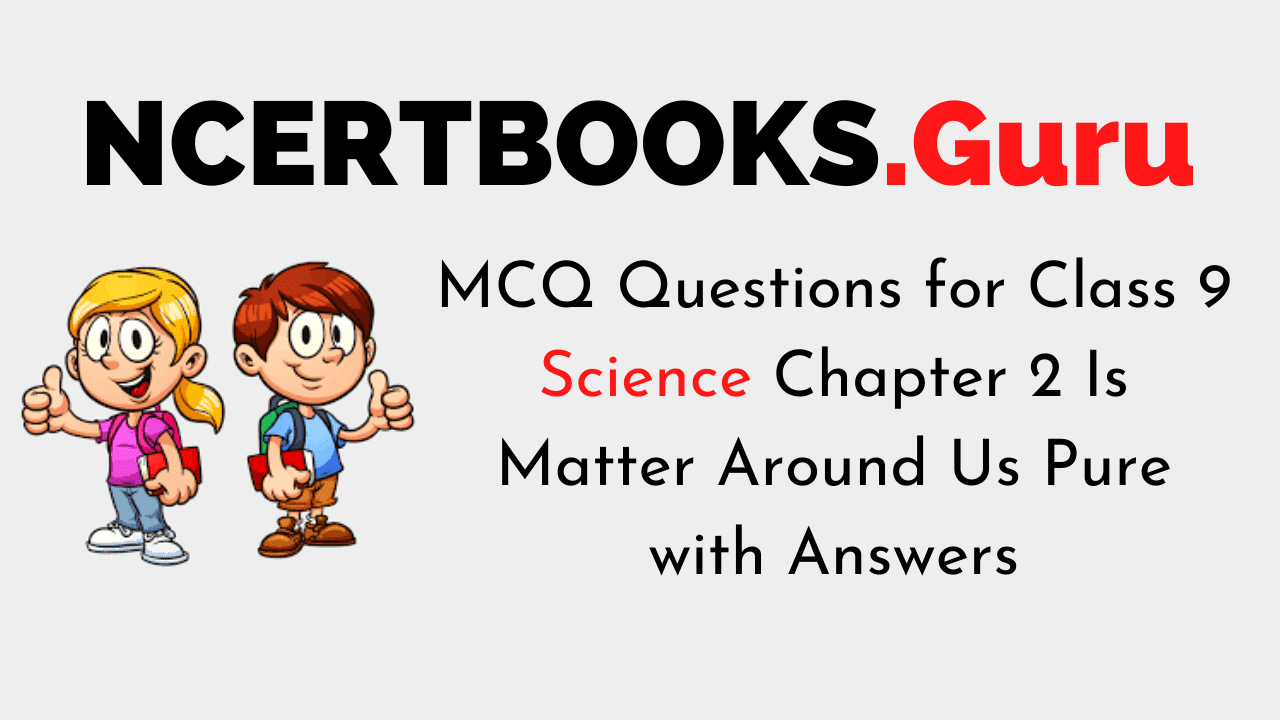 MCQs from Class 9 Science Chapter 2 – Is Matter Around Us Pure are provided here to help students prepare for their upcoming Science exam.

MCQs from CBSE Class 9 Science Chapter 2: Is Matter Around Us Pure

1. What is the name of the metal which exists in liquid state at room temperature?
(a) Sodium
(b) Potassium
(c) Mercury
(d) Bromine

2. When the liquid is spun rapidly, the denser particles are forced to the bottom and the lighter particles stay at the top. This principle is used in:
(a) Centrifugation
(b) Fractional distillation
(c) Evaporation
(d) Tunneling

3. What is the name of the metal which exists in liquid state at room temperature?
(a) Mercury
(b) Bromine
(c) Sodium
(d) Potassium

4. Which of the following elements is not a metalloid?
(a)  Boron
(b) Silicon
(c) Germanium
(d) Tungsten

5.  If we put camphor in an open container, its amount keeps on decreasing due to the phenomenon of
(a) Evaporation
(b) Precipitation
(c) Condensation
(d) Sublimation

8. The continuous zig-zag movement of colloidal particles in a dispersion medium is called
(a) Dispersion
(b) Tyndall effect
(c) Brownian movement
(d) Oscillation

9. A pure substance which is made up of only one kind of atom and cannot be broken into two or more simpler substances by physical or chemical means is referred to as
(a) a compound
(b) an element
(c) a molecule
(d) a mixture

10. Which of the following non-metal is a good conductor of electricity?
(a) Aluminium
(b) Silicon
(c) Graphite
(d) Gold

11. Which of the following property does not describe a compound?
(a) It is composed of two or more elements
(b) It is a pure substance.
(c) It cannot be separated into constituents by physical means
(d) It is mixed in any proportion by mass

Important MCQs from Chapter 1 Matter in Our Surroundings

15. According to the definition of pure substance, which of the following is a pure substance?
(a) Ice
(b) Mercury
(c) Iron
(d) All of these