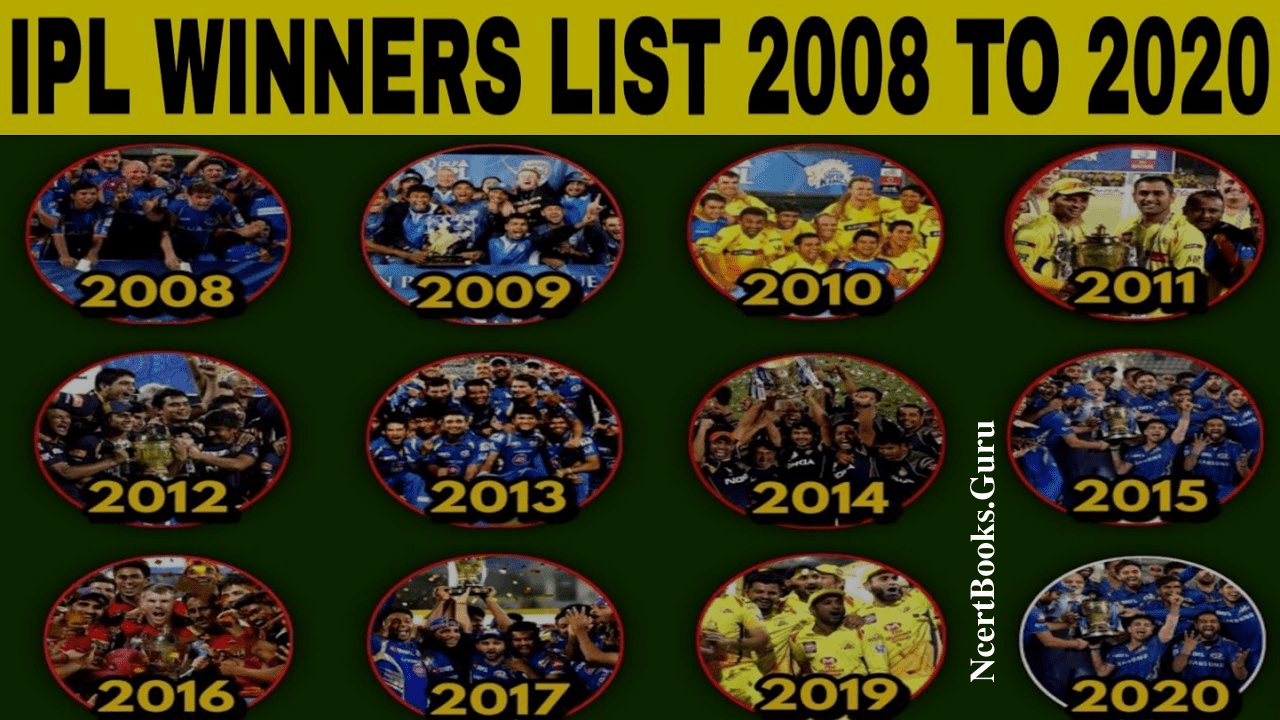 Candidates who are cricket lovers and who are preparing for different competitive exams can refer to this page and get the information about the List of IPL Winners and Runners with some brief details. All Previous years IPL Winners List related facts and questions that are covered under the GA section of Govt. exams and GK General Knowledge Quizzes or bank exam or SSC exam or RRB exam, etc. are provided in this article with a neat explanation. So dive deep into the guide and have an idea on facts regarding the Indian Premier League, list of IPL Winners from 2008 to 2020, All IPL Winners Teams, and IPL Runner-Up List.

All About Indian Premier League(IPL) & Its Winners

The Indian Premier League (IPL) begun in the year of 2008. It was started as a challenging project 11 years ago, is now deemed as the best Twenty 20 league in the world. The most successful & winning IPL team till now is Mumbai Indians, who had won the tournament four times and runner up for once. The second-highest winning team who lifted up the title of IPL is Chennai Super Kings three times.

As it is time for the 2021 edition of IPL, which is all set to kickstart from April 9th, 2021 in Chennai with two opening teams by Mumbai Indians and RCB. Due to the Covid-19 Pandemic, viewers are advised to enjoy the IPL matches at home in a safe environment but this is not yet decided properly by the government or BCCI. Meanwhile, if you are a new cricket lover, then take a look at the below list of IPL Winners from 2008 to 2020 and support your favourite IPL team in IPL 2021.

Also, below we have shared another list of detailed analyses on IPL Winners, Runner Up, Venue, Number of teams, Player of the Match, and Player of the Series from 2008 to 2020 for the sake of better understanding to viewers & students.

1. Who are the maximum winners of IPL till now?

Mumbai Indians is the winning team of IPL 2020.

3. Which player won the most IPL titles?

Rohit Sharma has won the title of IPL Winner 5 times. He has won it 4 times for Mumbai Indians and one time for the Deccan Chargers.

After successful completion of IPL 2020 in a pandemic, the BCCI is all set with the Indian premier league 2021 to begin in Chennai from 9th April 2021.