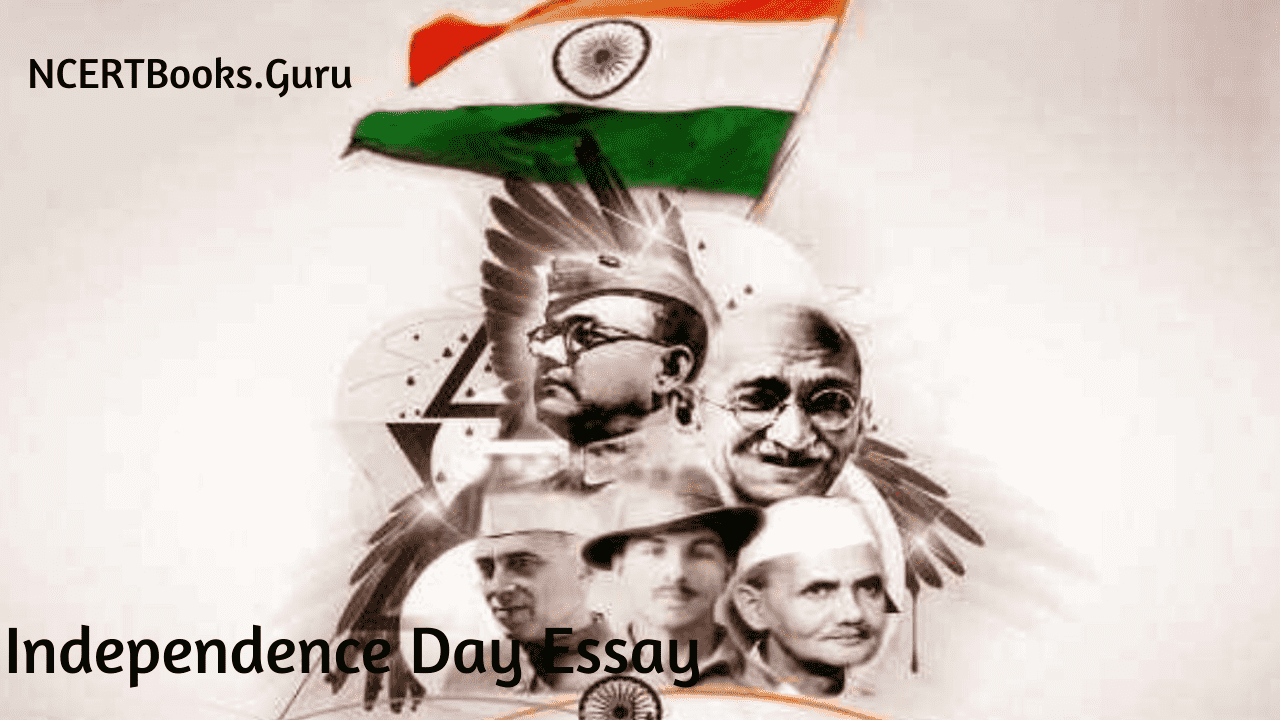 Independence Day Essay: 15th August 1947 is a red-letter day in the history of our Country; the day on which India got her independence after a long drawn struggle. The history of this struggle for freedom can be traced back to the first war of independence fought against the rulers of the British as far back as in 1857. The English historians might have named if ‘Mutiny’ but in reality, it was a struggle for independence.

The causes might have been any but the spirit and the sentiment behind it was to break away from the shackles of the British yoke. The British, with great manipulation and maneuverings, had succeeded in establishing their supremacy and authority over India but for that, the people of India themselves had been responsible. They stood divided among themselves and wanted to settle personal scores with one another. 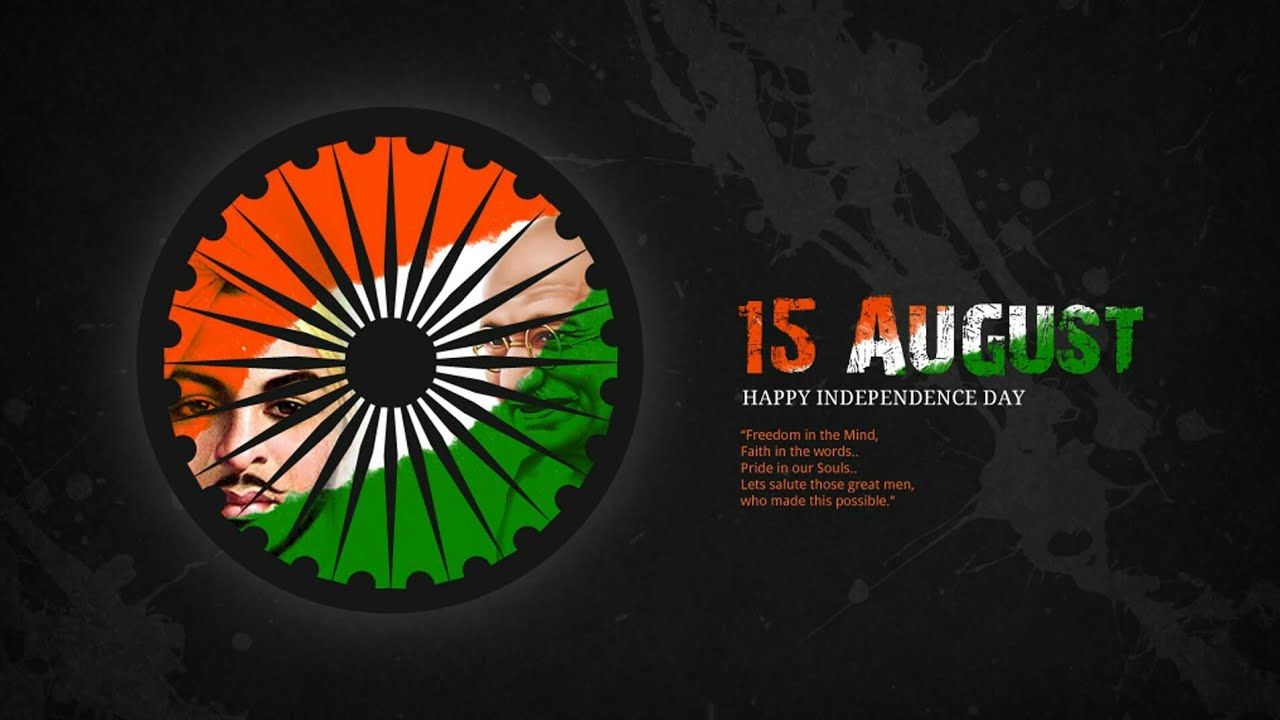 Below we have given a long essay on Independence Day of 500+ words that is helpful for classes 7, 8, 9, and 10 and Competitive Exam Aspirants. This long essay on the topic is suitable for students of class 7 to class 10, and also for competitive exam aspirants.

The British, intelligent and diplomatic as they were, sensed this inherent division and took the fullest advantage of the situation by aggravating dissensions and then presenting themselves as the arbiters, and ultimately the usurpers of power. In the form of the East India Company, they had put their foot on the Indian soil as traders, interested only in the promotion of trade and commerce. That was during the reign of Emperor Jahangir, the Moghul emperor. But gradually this trading company first took the initiative in the financial sector and then extended its scope to political gains and colonial expansion and gradually succeeded in their plans. India at last, came directly, under British rule and became a part of the British Empire.

But there was a lot of discrimination against the Indian people natives as they were contemptuously called by the British. Such subjugation and slavery went on for quite a long spell of time the unrest in the minds of the people kept brewing up but without any organization and leadership, the ambers remained buried under the ashes.

Raja Ram Mohan Roy, Swami Dayanand Saraswati, Swami Vivekananda, The Theosophical Society of India were the people and the organizations which created an asocial and cultural renaissance in the country. The Indian National Congress in its initial shape in the first three annual sessions praised the British government and only prayed for reforms. It was only in 1907 for the first time that Bal Gangadhar Tilak raised his voice against British domination and everything Western and it was Tilak who for the first time gave the proud slogan ‘Freedom is our birthright and I shall have it’. Lala Lajpat Rai and Bipin Chandra Pal this trio of Bal, Lai, and Pal preached with vehemence to break away from the British shackles.

Lala Lajpat Rai exhorted his countrymen in words as ‘Indians should no longer be content to be beggars whining for favors; for, if they cared for their country they would have to strike a blow for themselves. Bipin Chandra Pal an outstanding Journalist of Bengal wrote in papers like ‘New India’ and ‘Bandematram’ which writings worked like a rousing current on the minds of the young people. Certain internal and external factors also worked to arouse the national consciousness and national pride among the people, particularly certain impolite and autocratic steps taken by the Viceroy Lord Curzon. De Mello a writer of repute rightly wrote ‘Perhaps no single British administrator in India gave a greater impetus to the national movement than Lord Curzon with his ill-disguised contempt for the Indian National Congress’.

In the meantime there rose up a band of extremists like Chandra Shekhar Azad, Sardar Bhagat Singh, Ashfaqullah, and some others who believed in the extreme way of the bomb with which movement the moderates did not agree. The extremists, though failed in their activities, still helped in arousing the sentiments of the masses. The Jalianawala massacre in 1919 added fuel to the fire.

By this time Lai, Bal and Pal had left the scene and Mahatma Gandhi had taken up the leadership. His non-cooperation movement against the British government in 1920, his ‘Dandi March’ The Salt Satyagrah and thereafter many more movements carried on the freedom movement still further. The British government failed to satisfy the aspirations for full independence of the country but in spite of making efforts of some settlement, Gandhi turned from the path of cooperation and moderation to complete non-cooperation with the British Government. All efforts have failed Gandhi, was led to make the historic announcement of ‘Quit India’ movement in 1942 and gave the call for ‘Do or die’.

Below we have given a short essay on Independence Day is for Classes 1, 2, 3, 4, 5, and 6. This short essay on the topic is suitable for students of class 6 and below.

He strongly pronounced that ‘Freedom has not to come tomorrow but today ……….. I want freedom immediately, this very night before dawn if it can be had’. This call led to a spontaneous upsurge all over the country an uncontrolled mass movement at the largest scale. It gave rise to unbridled violence and sabotage.

India woke up, as if, from slumber to mass awakening. The British Government took drastic steps Gandhi along with all other top leaders were arrested and even the least suspected ones were put to persecution and dire punishment.

The Labour Party had come to power in England and Clement Atlee became the Prime Minister. This new government showed a more favorable attitude towards the Indian aspirations and under the Mountbatten plan India was finally divided into India and Pakistan and the country was granted full freedom on August 15, 1947.

The long-fought struggle was brought to a glorious end but at a great cost, the greatest being the bifurcation of the country into two.

August 15, this is the day of deliverance from the foreign yoke a great day, a solemn day. This day shall remain the day of great achievement. This day gives the countrymen an eternal call to protect, preserve, and strengthen our freedom which has been won after such an effort, so much of sacrifice and such a long struggle. 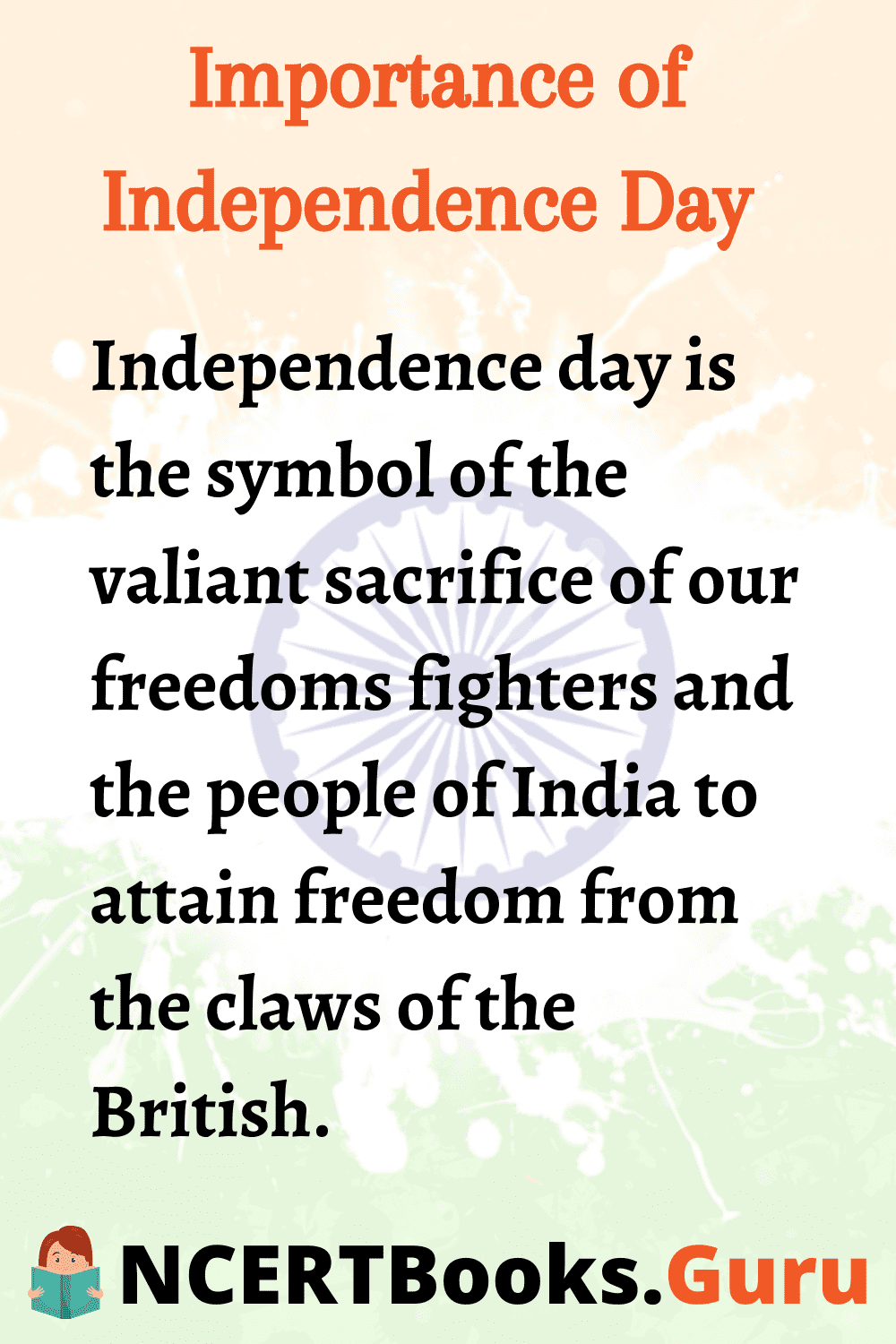 1.  When did India get Independence?

India got Independence from British Rule on 15th August 1947.

2. What is the importance of independence day in India?

Independence day is the symbol of the valiant sacrifice of our freedoms fighters and the people of India to attain freedom from the claws of the British.

3. Which is the best way to celebrate our Independence Day?

The best way to celebrate Independence is to do something justifiable for the country and not just singing the National anthem once a year.