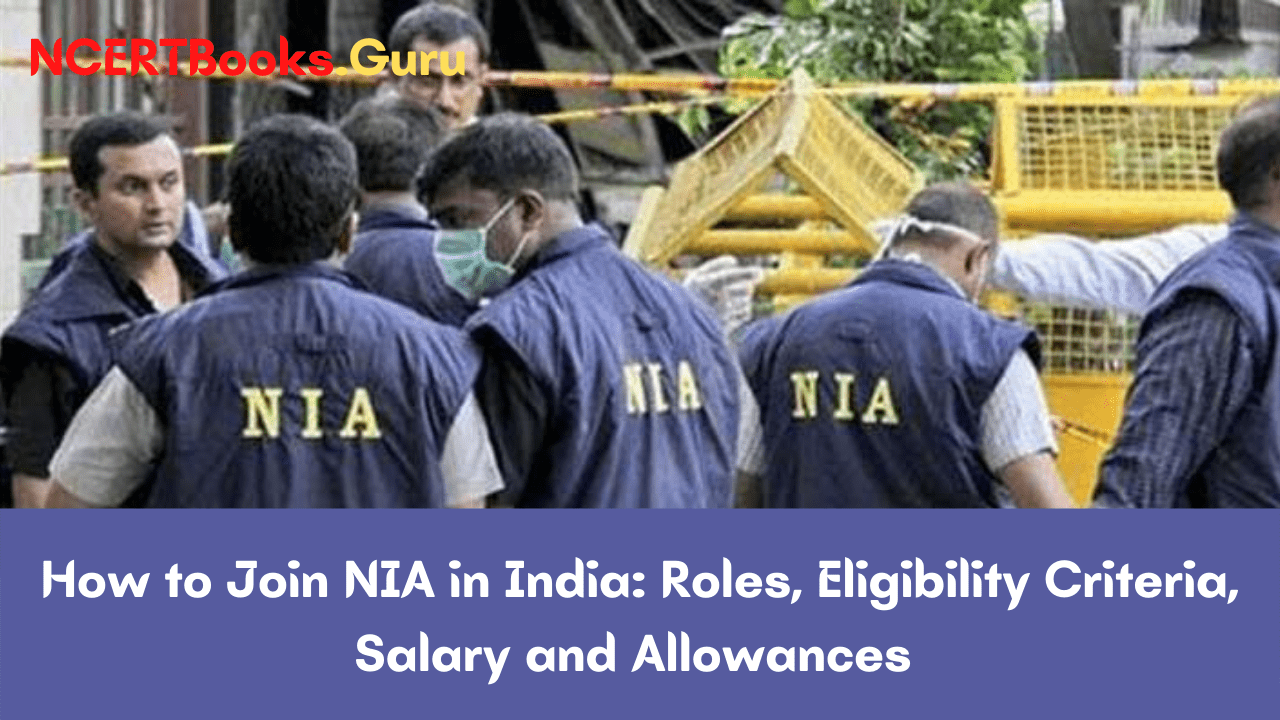 How to Join NIA in India: Are you someone who loves to interrogate various issues? Do you also want to join the most powerful agency in India? If yes, then the National Investigation Agency is all for you. NIA is among the most powerful investigation agency of India that counter-terrorism and maintains peace and integrity in the country. They enjoy numerous benefits in comparison to various other agencies. If you want to know more information on how to join NIA in India, then read out the complete article.

The major role of NIA is to tackle terrorism occurrences in the country. The NIA works directly under the governance of the Ministry of Home Affairs. They have some special powers provided to them by the Central government. With the use of their special power, without the intervention or permission of the police or army cadre. They can carry out the investigation process in any part of the country. One of the major duties of the NIA is to preserve internal security or internal threats.

Recently, according to the new amendment in the NIA act. The National Investigation Officers can now investigate even in the outer parts of the country as well. They share the same power as that of a police officer when it comes to taking action. After the investigation part, the case is presented in the NIA court. NIA is the most powerful agency and they are the ones who develop the list of the most wanted people or gangs in the country and target them one by one.

If you are willing to join the National Investigation Agency, then it is compulsory for every candidate to have a bachelor’s degree from any authorized institute or University. The maximum age criteria to join NIA is not more than 30 years old. Candidates belonging to various castes such as OBC (Other Backward Class), SC (Scheduled Caste), or Scheduled Tribes (ST).

The role in NIA is quite challenging when it comes to physical ability during the fieldwork. A candidate must have to fulfil some physical requirements to enter the service such as:

How to Join NIA in India?

If you want to become an Officer in the NIA, then there are no direct ways through which you can join. You can only enter by applying for the Sub-Inspector in the NIA. To attain the position of sub-inspector in the NIA, one has to clear the SSC-CGL (Combined Graduate Level Examination) which is an examination that occurs once a year. The body which conducts the exam is the Staff Selection Commission. The final selection depends on the result of the examination.

Salary and Allowance in NIA

The salary of the NIA officers varies from Rs 47,000/- to Rs 85,000/- on a monthly basis and the range of salary varies from the area of posting. Apart from salary, they get various allowances such as:

There are various other allowances but these are the most common allowances given to government employees.

After appearing for the internal exam for promotion, the chances of salary increment increase.

If you have a passion to investigate and fighting against all the terror and removing the anti-social elements, then you should go ahead with NIA. NIA is a great platform for you to achieve your goal. Prepare well for the SSC-CGL exam and then after you satisfy the eligibility criteria, then you can become a part of NIA! Go ahead! 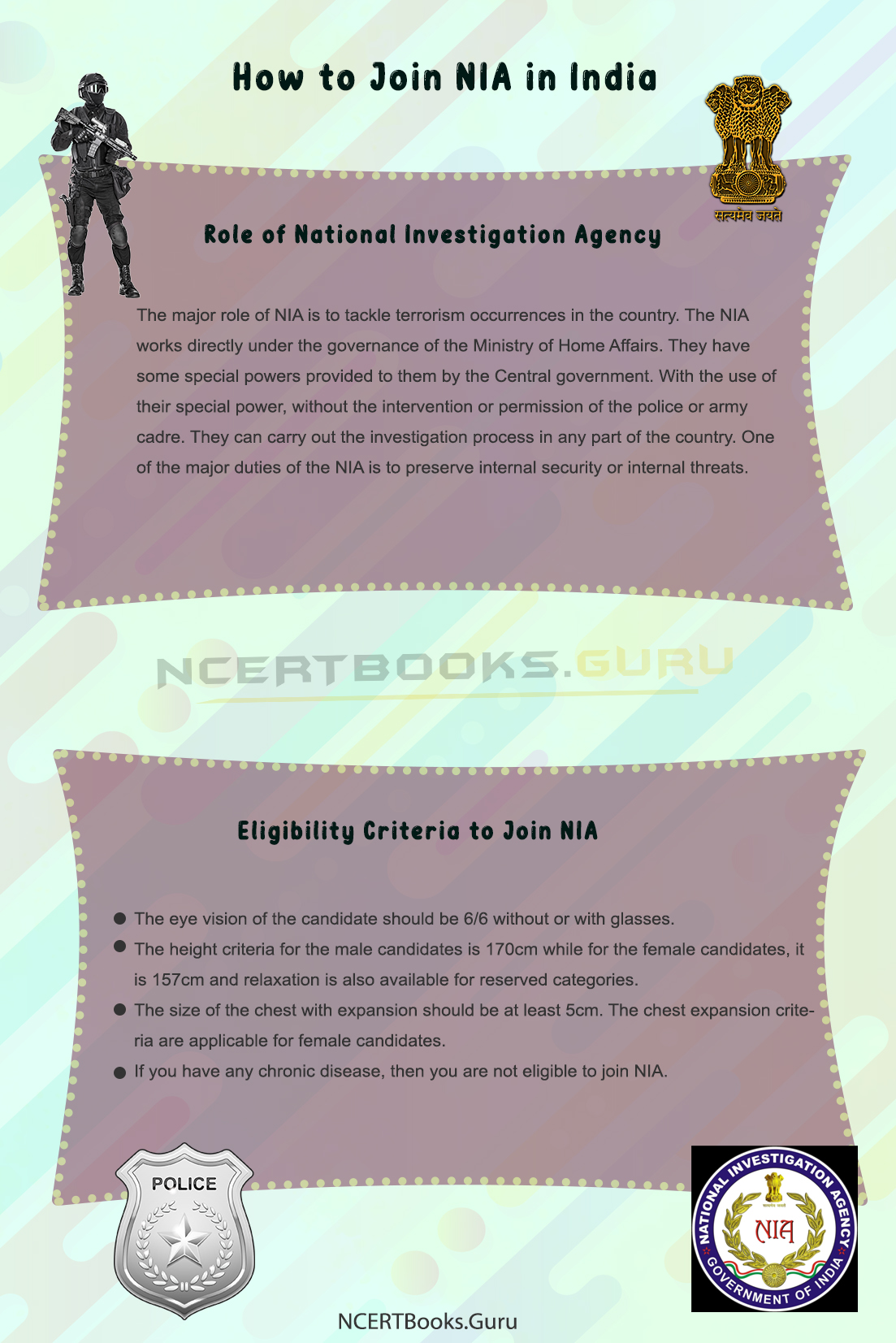