How to Become RTO Officer in India?: RTO or Regional Transport Office is a government organization that deals with the responsibility of vehicle registration, issuance of drivers licenses, motor insurance, and issues certification of fitness to transport vehicles, etc. RTO officers are one of the most high-grade positions in India. If you are finding a way on how to become an RTO Officer in India, then read the complete article to get all the details.

Who is an RTO officer?

An RTO officer is a government official that maintains the transportation department in a city. The major role of an RTO officer is to keep and maintain the record of the database of vehicles and driving licenses in their area of duty. They pass on the documents such as insurance, vehicle registration, licenses, medical assurance test, pollution, permit, tax test, etc after the complete verification.

They undertake the charge of ensuring that no vehicle is moving illegally in their area of duty. If they find any vehicle plying illegally, then it is their duty to hold command of it. The RTO officers have various other facilities by the government of India.

Roles and Responsibility of an RTO Officer in India 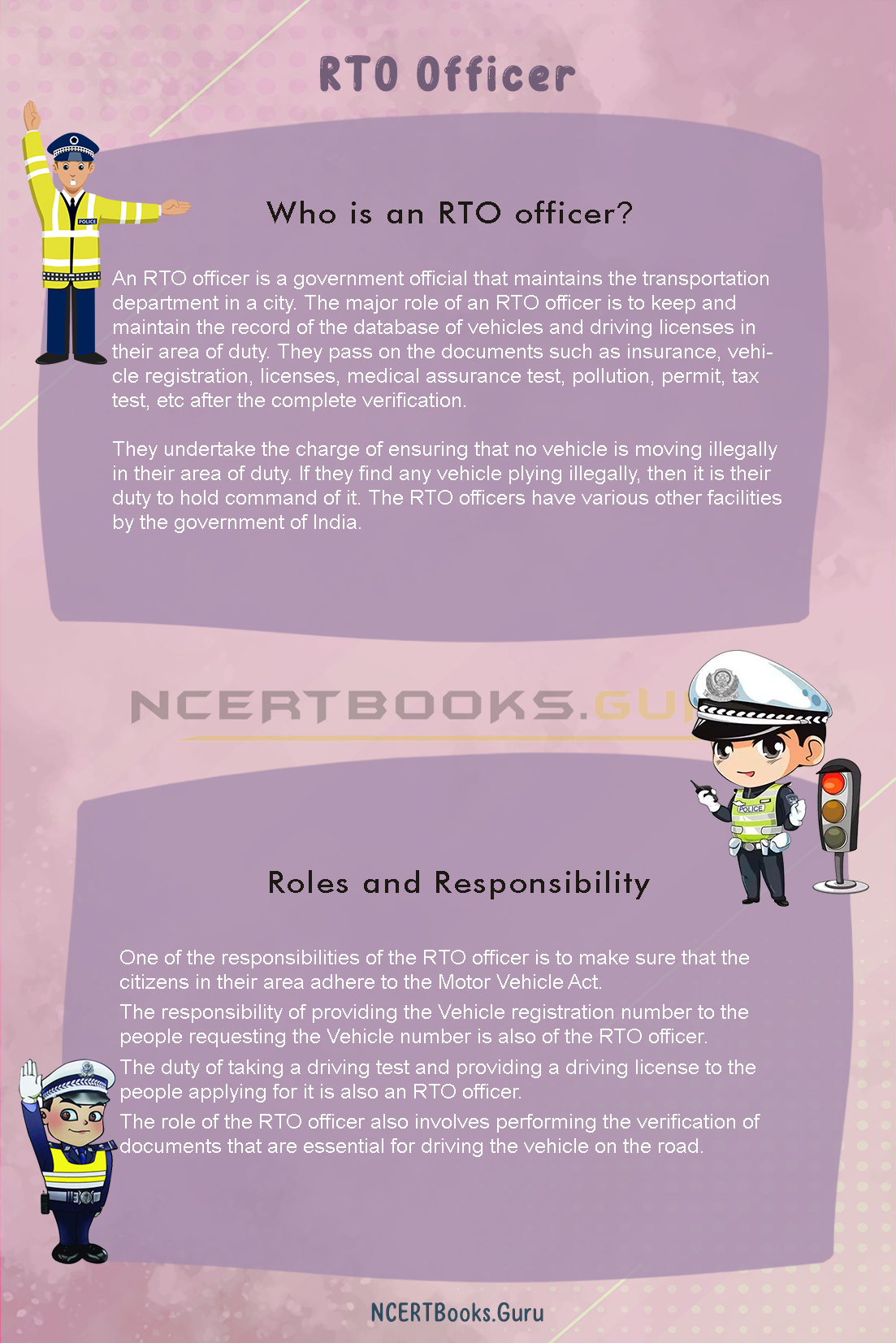 Eligibility Criteria to Become an RTO officer in India

Process to Become an RTO Officer in India

The state Public Service Commission conducts the RTO exam. The RTO exam consists of three levels. The first level involves written examination. The examination round is of 2 hours and it consists of 200 questions related to history, economics, general science, Indian law. After qualifying for the written test, you will have to appear for fitness and medical test. After all these tests, the final round will be the interview round.

After giving the written test, you will have to appear for a physical fitness test. The criteria vary for fitness and medical tests in different posts in any job. If you are applying for a post that relates to the security post, then the standard of fitness tests and medical tests varies accordingly, and if you are applying for a high-level or a different post, then the standard can be different as well.

If you do not satisfy the standards, then there are chances of disqualification as well. So, it becomes necessary to fulfill the standard. The physical test criteria differ for men and women.

In the medical test, check-ups on your knees, feet, helix in the thumb, differences in bones, arched legs, any abnormalities in the joints, chests, and eye check-up is necessary to determine your qualification and disqualification. If you do not pass the Medical Test, then you can be disqualified from moving forward.

In the interview round, the main motive is to check the candidate’s seriousness and interest in the job role. So, try to know about the position, duties, and responsibilities.

Salary of an RTO officer

The RTO officer belongs to the grade B position in government jobs. The salary of an RTO officer starts from 20,000 to 40,000 at the entry level. The salary may differ on the basis of ranks. With promotion in rank level, the salaries get incremented. Other than salary, there are a lot of government beneficiaries.

If you are someone who wants to get a high-level government job, then you should definitely apply for the role of an RTO officer. An RTO officer is one of the reputed positions that come with other facilities as well. 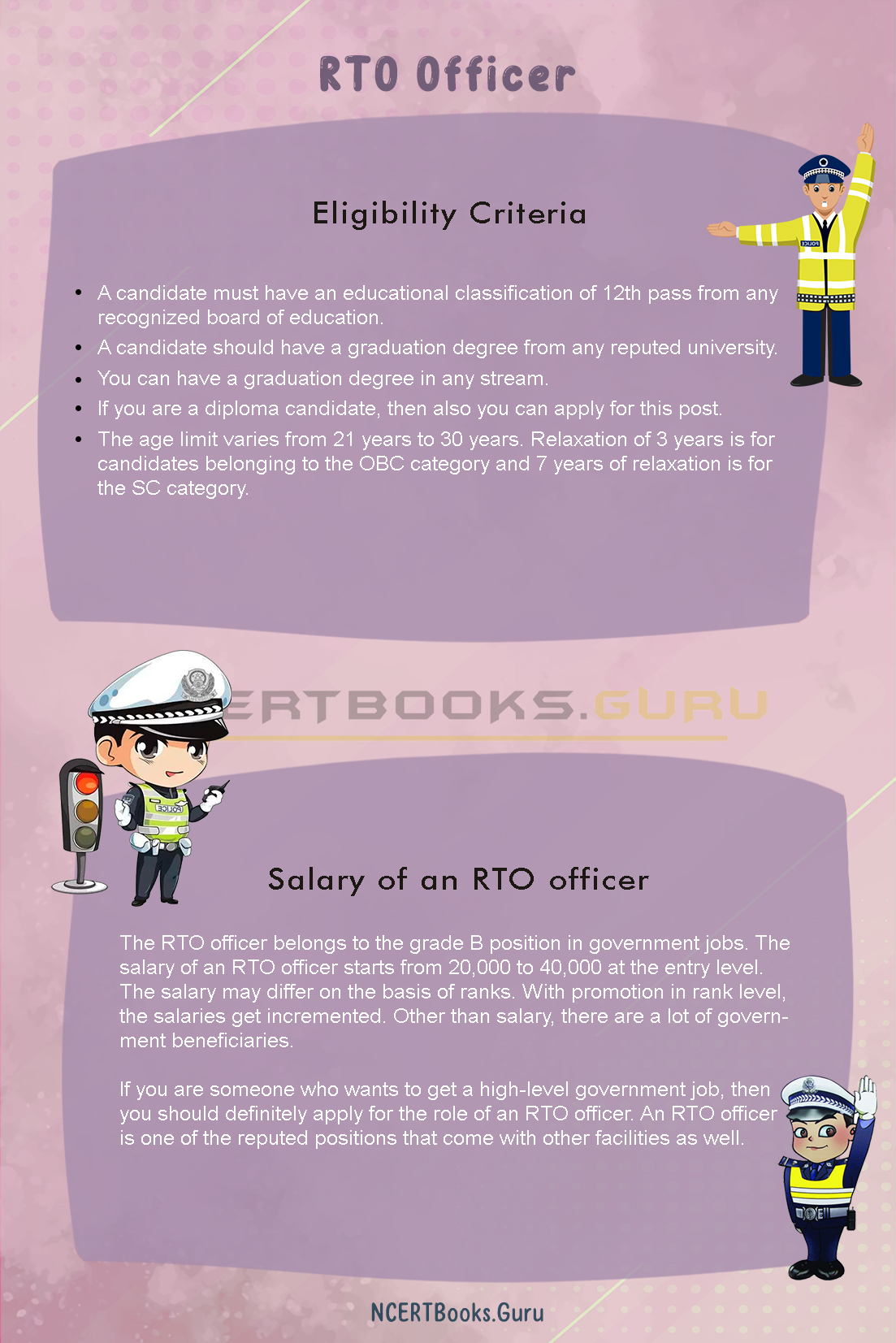