God’s Beautiful Creation Essay: Shakespeare makes the hero Hamlet of his play ‘Hamlet’ say, ‘what piece of work is a man’. What has been said by Hamlet is really a great truth. Man is the best of God’s creation. He is the best being among the living creatures. 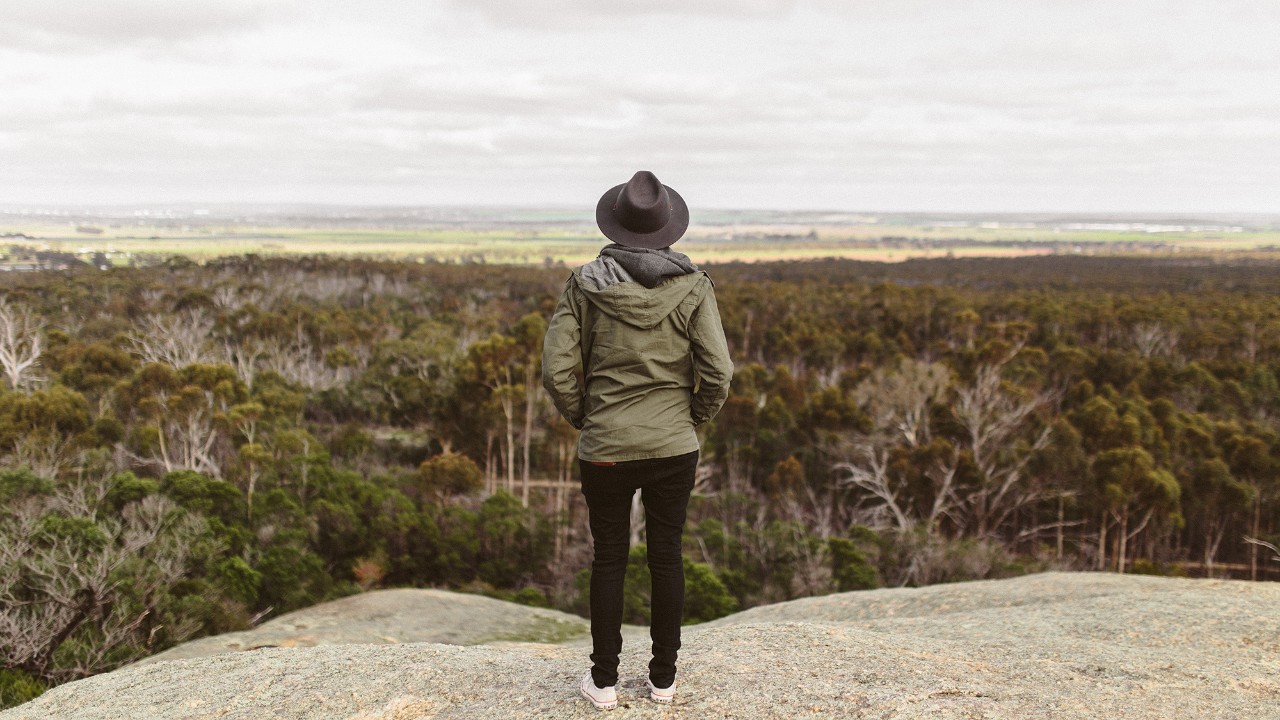 Below we have given a long essay on Man is God’s Beautiful Creation of 400 words is helpful for classes 7, 8, 9 and 10 and Competitive Exam Aspirants. This long essay on the topic is suitable for students of class 7 to class 10, and also for competitive exam aspirants.

Man is the only one among God’s creations who is a ‘thinking’ being. So far as his physical behavior is concerned, man is just like an animal; eating, drinking, sleeping. But man also has a reason he has the thinking capacity — he can reason out things, he can argue, he can hold his views and convince others of his views or get convinced from the views of others. Man has been able to develop and create so many new things and keeps on inventing, creating, and discovering newer and newer things. This only the man can do. If this has not been so man would have remained a savage as he was in primitive days. 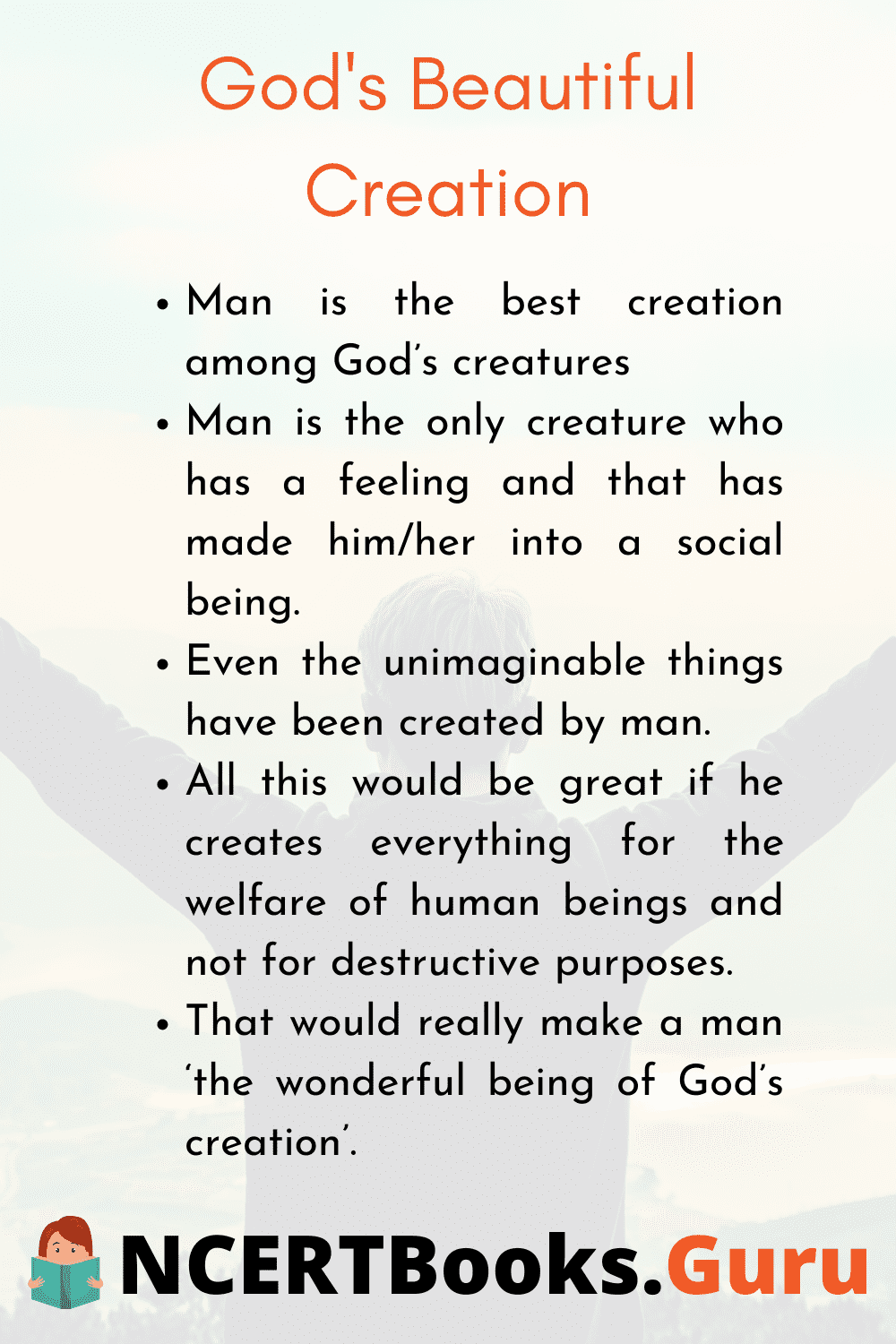 The man above can feel animals also feel but their feeling is instinctive not as a result of any thought.

Man is also a social being. From the Stone age, he came up to the Iron age, and from the iron age, he grew into a move civilized being. He began to live together with his fellow’s villages came into existence, then towns, then big cities, then metropolitan towns. Man created machines and factories grew, markets came into existence. The man began to travel — cars, buses, trucks, trains, airplanes were invented and it is man alone who can thus travel from one place to another. Means of transport developed to such an extent that man could travel even up to the moon and set his foot on that planet. Unthinkable and unimaginable feats have been performed by a man and it is only because man is able to think and plan and turn his plans into reality.

Below we have given a short essay on man is God’s Beautiful Creation is for Classes 1, 2, 3, 4, 5, and 6. This short essay on the topic is suitable for students of class 6 and below.

Man can now fly in the air like birds, travel over the seas and oceans, go deep down into the depths of the ocean or earth, and explore the unexplored. Now he can communicate with his friends and his family thousands of miles away on the telephone, E-mail, fax and do the chatting on the internet. He has written down his thoughts in the form of books and thus the human thought has been and can be preserved for times immemorial.

Even in the field of warfare the nuclear bombs, the unmanned missiles can strike targets thousands of miles away.

In the field of physical well being, man has invented medicines for most of the diseases, he has even successfully designed and made artificial lungs and hopes to develop an artificial heart.

How very wonderful are man’s achievements but it would be best if all these achievements are used in human welfare and social well-being and not for any destructive means? That would really make a man ‘the wonderful being of God’s creation’. 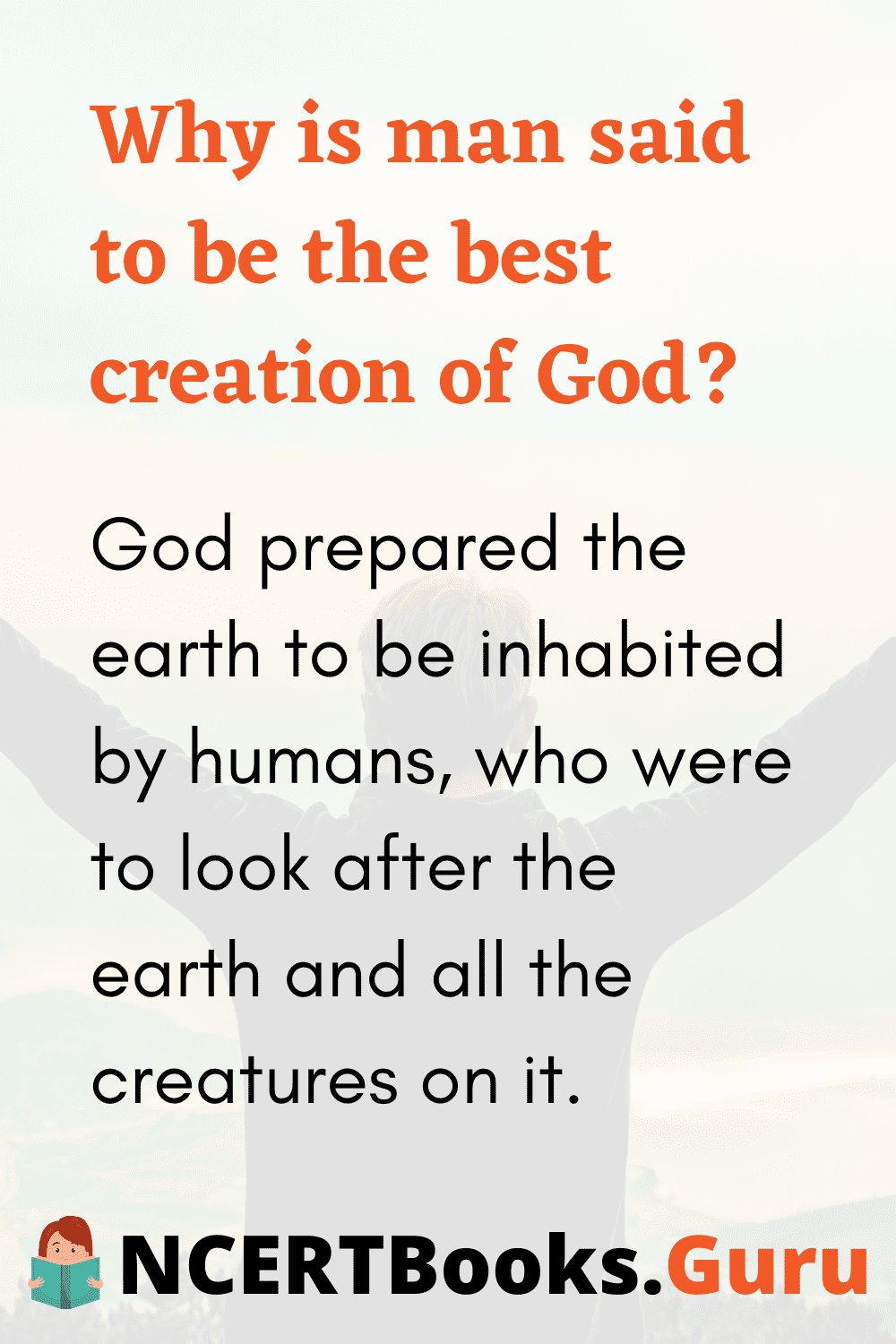 1. How can we appreciate God’s creation?

If you want to experience and appreciate God’s rich variety in creation, simply look at yourself, your neighbor, and every other human being.

2. What is the most beautiful creation of God?

Man is the most beautiful creation of God.

3. Where can I find Long & Short Essays on God’s Beautiful Creation in English?

You can find Long & Short Essays on God’s Beautiful Creation in Simple Language.

4. Why is man said to be the best creation of God?

God prepared the earth to be inhabited by humans, who were to look after the earth and all the creatures on it.