Essay on Where There is a Will There is a Way: If a person pursues anything in life with firm determination and persistent hard work, then nothing in this world can stop that person from achieving what he has aimed for. It is a time-tested saying and is cent percent correct.

Below we have given a long essay on Where There is a Will There is a Way Story of 500 words is helpful for classes 7, 8, 9 and 10 and Competitive Exam Aspirants. This long essay on the topic is suitable for students of class 7 to class 10, and also for competitive exam aspirants.

It is said that “life is for to be taken”. When a person has the will and the strong desire to achieve something, he also finds ways and means to overcome all the hurdles and obstacles. Even if the task seems impossible it can be achieved through persistent hard work. One should not be discouraged in face of difficult circumstances and adverse situations. One should not lose hope when the path seems difficult. Will-power of a person should be insurmountable and invincible. It is the greatest moving force in the world. The possessor of strong will wins half of the battle of his life.

The simple story of the thirsty crow who dropped pebbles into the half-filled pitcher of water, teaches us the lesson of having a strong will. There is another story of a spider and King Bruce. Seeing the spider repeatedly trying to weave its web, he got inspired and won his war after losing 13 wars, in succession.

History is replete with such instances where people have overcome all sorts of obstacles within and in the outer world to achieve success. People like Hitler and Mussolini too shook the entire political scenario of Europe by their sheer will. Abraham Lincoln came from humble parentage but with unwavering determination and persistent efforts, he rose to become the President of America. Napoleon never believed in the occurrence and existence of the word ‘impossible’.

Robert Bruce succeeded in liberating Scotland while Garibaldi strived with firmness to free his motherland Italy from the clutches of slavery. Continuous efforts led Columbus to discover America. Nelson Mandela fought for years against racial discrimination, also known as Apartheid, in his country.

Akbar was illiterate but was one of the most efficient emperor due to his sheer determination. It was the will and the perseverance of Eklavya to master the art of archery in the presence of Guru Dronacharya’s statue that paid. PT Usha proved that age and sex can never be a hurdle in front of a strong will. Mahatma Gandhi fought for the blacks in South Africa and liberated India from British rule, with his will-power. Martin Luther brought about tremendous changes in USA.

Nothing is unattainable in this world if there is a firm determination and a willing heart. People with a strong mind and a firm heart can never be moved even by the strongest and the most ferocious of the storms in their lives. They, unlike the weak-minded, do not believe in destiny, luck and fortune. They create their own fortune, make their own destiny and mould their luck with their efforts. To achieve something in life they do not rely on such external factors.

Even if they fail, they face it with courage and dignity. They never shy away from taking the responsibility in the case of defeat. Rather they have the strength to step up and say “I am sorry, I made a mistake” or “I was wrong, I apologise.” As the circumstances get difficult, their determination too increases manifolds and they continue moving towards their aims.

Germany and Japan were completely destroyed after the Second World War and yet they are, stronger than ever before only because the hearts of the people of these nations were swayed with love for their country, firm determination and strength of will. They must have been moved by similar emotions as expressed in Paradise Lost: Book I, by Lucifer after he was thrown down from heaven.

“What though the field be lost?
All is not lost: the unconquerable will
And courage never to submit or yield”. 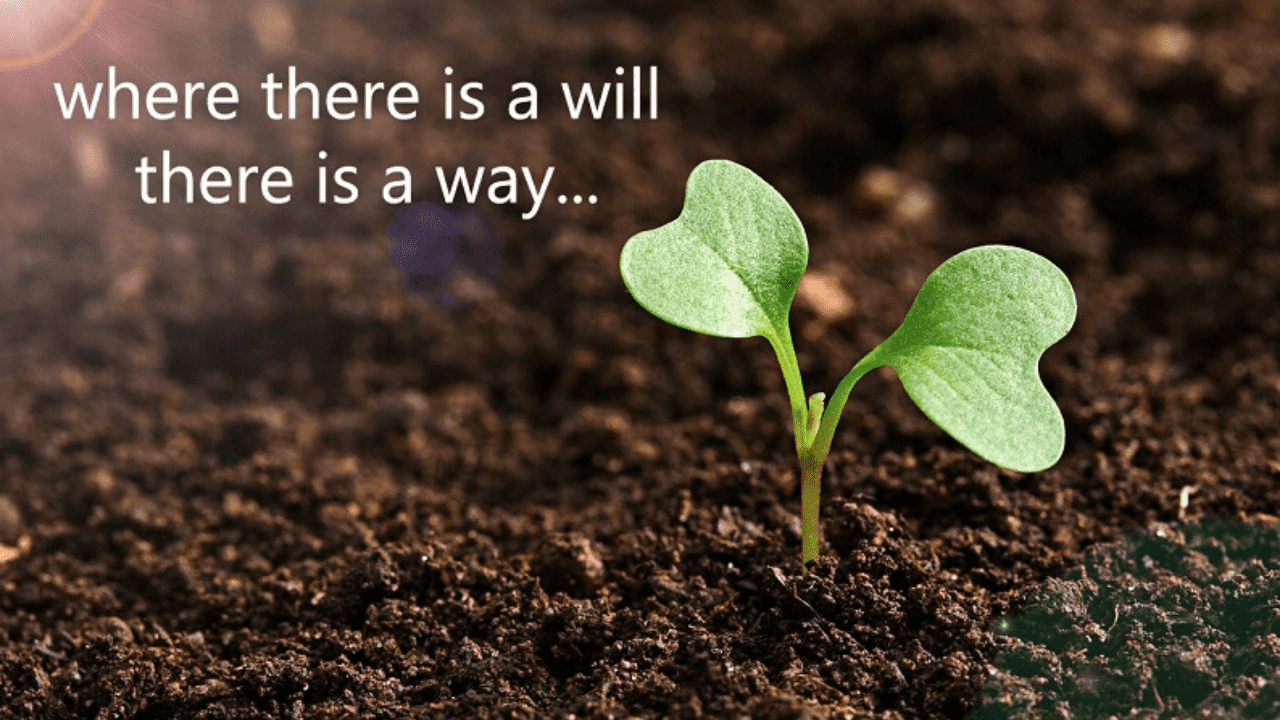 In today’s times, we see many students from under priviledged sections of the society topping in competitive exams. They realise their dreams with their indomitable spirit and never give up attitude. Our former President APJ Abdul Kalam used to sell newspapers in childhood, while current Prime Minister Narendra Modi worked in a tea-stall. They are what they are today, only due to their perseverance and ambition.

A man of weak will and dampened enthusiasm can never achieve his goals. If a person gets discouraged easily or wavers from pursuing his goal in the face of difficulties and challenges, then he can’t achieve success. Success cannot be achieved in a single day. One has to work hard daily, burn the midnight oil for days together to achieve one’s goal and fulfil one’s dream.

A strong resolution and sustained endeavour can lead a person to his aims. No obstacles, hurdles, hindrances or impediments can stand in the way of a person armed with firm determination and strong will.

A strong will is the most precious asset in the life of an individual as well as a nation. That is why all of us should try and cultivate this quality in us if we want to achieve success. People with will and courage never run away from responsibilities and challenges. For them, every task is full of great possibilities and they try to give their very best to everything that they do. Life is all about working hard and turning every hurdle into a milestone while climbing the peak of success.