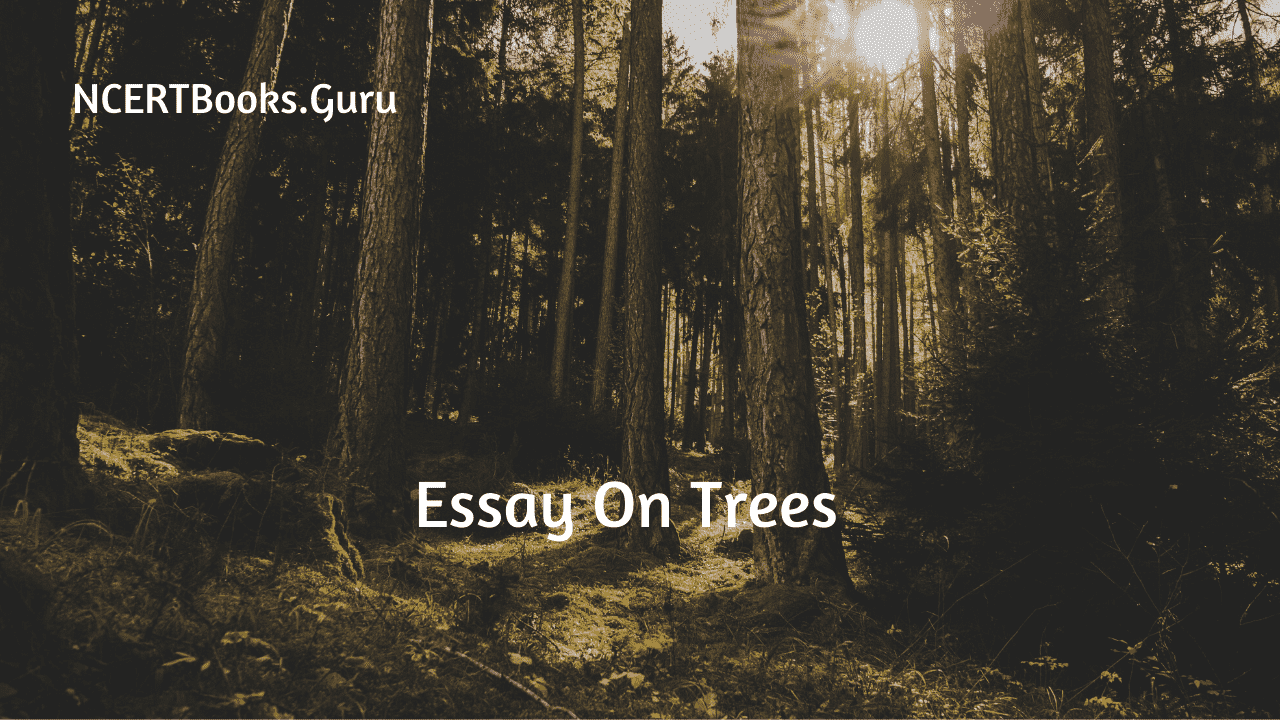 Essay On Trees: God has given mankind nature’s treasure in so many forms and in so many shapes but the present man has deformed the forms and misshaped the shapes. Mountains and rivers, fields, and forests have been assigned by the Creator to play their part for the welfare of the best of his creations Man. But man has completely mistaken these bounties and misused them in his utter self-interest resulting in the mauling of his being and in the murdering of himself. But the modem man still does not see the doom looming large before him. So blinded is he by the sense of his immediate gain.

Long and Short Essays on Trees Kids and Students in English 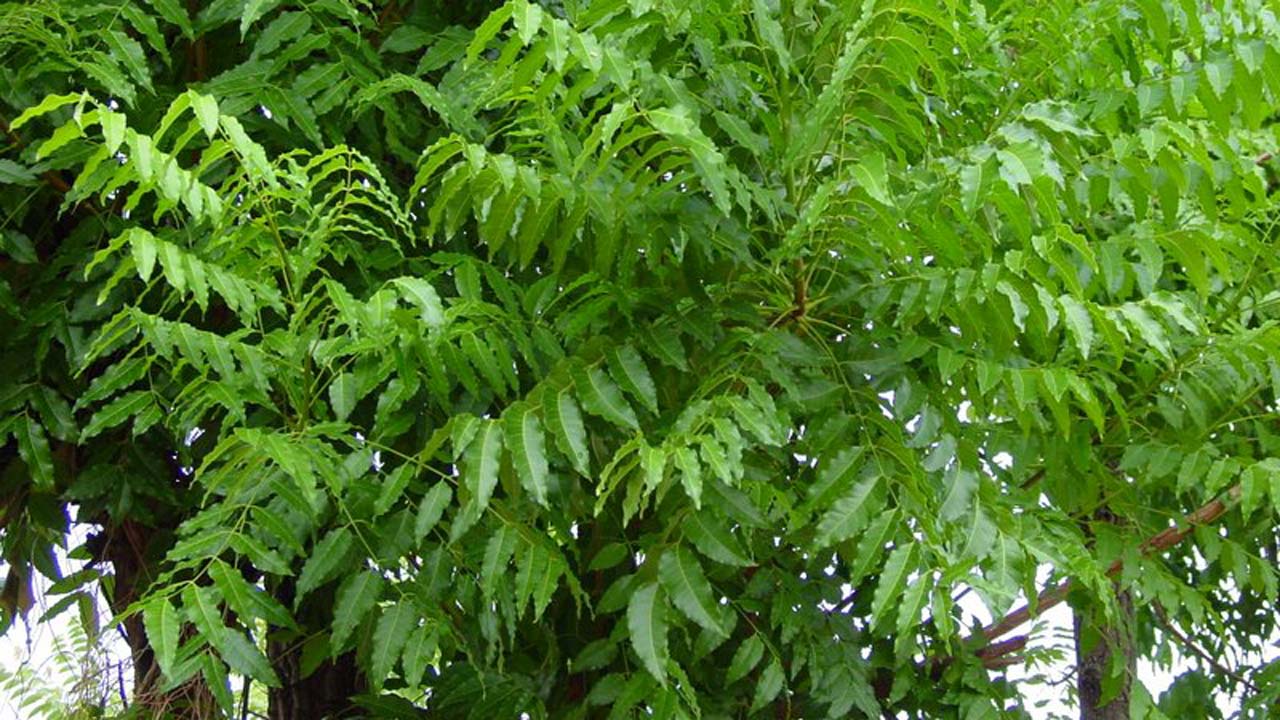 Below we have given a long essay on Trees of 500+ words that are helpful for classes 7, 8, 9, and 10 and Competitive Exam Aspirants. This long essay on the topic is suitable for students of class 7 to class 10, and also for competitive exam aspirants.

Trees are one such boon bestowed on mankind. They form such an important part of our well-being and play such a significant role in our healthy living. But man’s lust for more and more of material gains; more and more of land for their agriculture and still more for their factories and industries has resulted in the depletion of this treasure of nature, on such a large scale. The entire eco-system stands disturbed and imbalanced; the mountains have lost their lustre of greenery; the slopes stand to stare naked; the clouds float away without pouring down; the fields lie parched and dried. All this because ‘Trees’ have been trimmed, tortured, and truncated.

In our country, our ancients had evolved a method to protect this bounty of nature. Trees used to be worshipped as a deity; there was divinity attached to them; the ‘Neem’, the ‘Peepal’, the ‘Banyan’, the ‘Mango’, the ‘Maulshree’ the ‘Kadamb’, the ‘Kachnar’, the ‘Tulsi’, the Amaltash’, the ‘Ashok’ all these were deified and therefore forbidden to be cut down or even truncated. The Indian psyche, prone to be religious and devout would worship these trees on different occasions and would rather plant more and more of them rather than cause any harm to them.

Lord Krishna, during his childhood, played and danced under the shady groves of the mango trees in Brindaban. Lord Rama, during his fourteen years of exile, lived in the forests, the grass and shrubs were used in the making of his huts in ‘Panchavati’; Lord Shiva has his abode in the Himalayas all covered with forests that is how the belief goes.

Similarly did the Pagans among Greeks in the Western World worshipped nature in its various forms.

These were the ways adopted by our wise ancients to save nature and to protect the ecological balance.

Man of today calls himself a scientifically developed being and where science advances religion declines. Science relies on reason while religion relies on faith. And here arises the basic conflict. Man of today wants to achieve more and still, more whatever be the cost that he is required to pay for it even if he has to play foul with nature. This is the thinking which has led to the large scale devastation of forests.

Trees provide carbon dioxide as well as oxygen to the environment thus maintaining a balance and an equilibrium. They help in the soil formation and control soil erosion, thus saving the healthy minerals of the soil from being washed away. They impede the flush and flow of the rainwater gushing forth from the mountain slopes and thus while protecting the soil, they also save the rivers from getting unduly silted, which silting raises the level of their basins and make them overflow their banks resulting in floods.

Trees provide food and shelter to the fauna and serve as a natural habitat for them. They control landslides in the mountain region helping to save life and property. But very sad is the shape of things in our country at present. Forests are fast disappearing and this is causing very serious ecological consequences adversely affecting India’s climate, rainfall, and soil fertility. In many parts where the forest area has been depleted, the fertile topsoil built up over centuries has been washed away in one season. The regeneration of these lands will become a massive exercise which may well neigh be impossible. 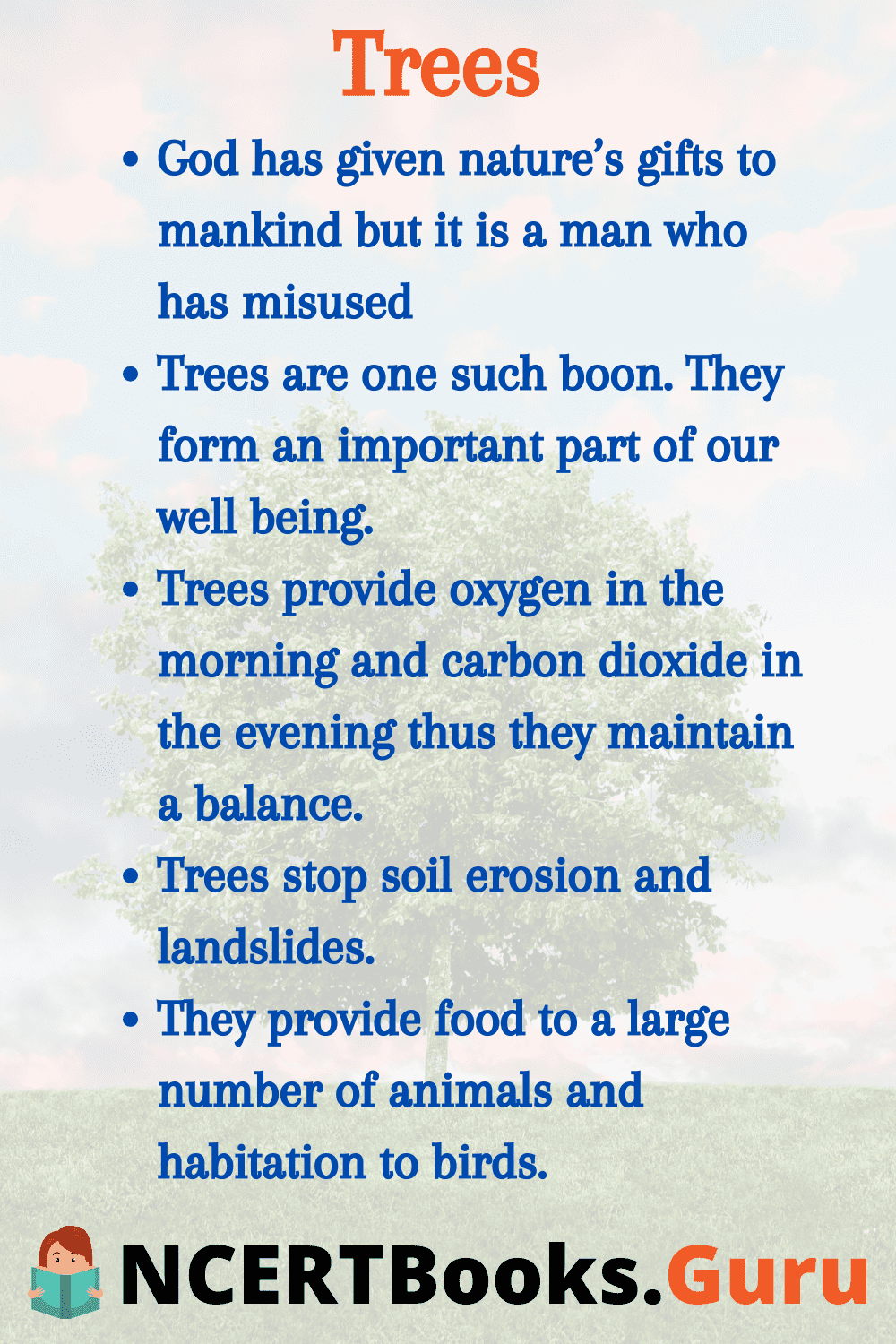 The virginal forests offer a strong temptation to encroachers and exploiters. The timber wealth provides a ready and tempting reward and, therefore, is there so much of pilferage of forest wealth and illegal felling of trees. The forest department has neither the means nor the manpower to, combat these ‘mafias’ operating in this illegal operation. Wood is a precious commodity and the fact of fact is that we are consuming four times as much wood as is being regenerated. Afforestation projects are not being able to cope with the extent of deforestation that is taking place. If our forests are to be saved, drastic steps will have to be taken otherwise the malady would reach a proportion which would become hard to remedy. Can we and should we afford to turn a large part of our country into a vast, and inhospitable wasteland? This we cannot and should not.

Therefore the beginning should be made without any further delay otherwise a stage of no-return will be reached soon. It is not the government alone that can treat the malady and rectify the wrong. A civic consciousness has to be aroused and a sense of commitment to be awakened among the masses to treat trees as a part and parcel of their own family and any injury to them be treated as if an injury to one’s near and dear ones Every child in every school should be oriented in this thinking that planting a sapling and nurturing it to its full growth in any part of the vacant land, whether within the school campus or in one’s living locality should be treated as a mission of life and achievement of an aim, as much material and significant as passing an examination to get enter a career. Those harming the flora in any manner should be punished in a deterrent manner just as causing injury to a human being.

One person one tree if this mission and message can get through India can once again regain its lost grandeur in Nature’s grand show. Plantation of trees is one of the most altruistic actions. One generation plants them and the second or the third reaps its fruits. So the planting of trees is a divinely altruistic gesture. Let the significance of this great act be understood in this manner.

10 Lines on Essay On Trees 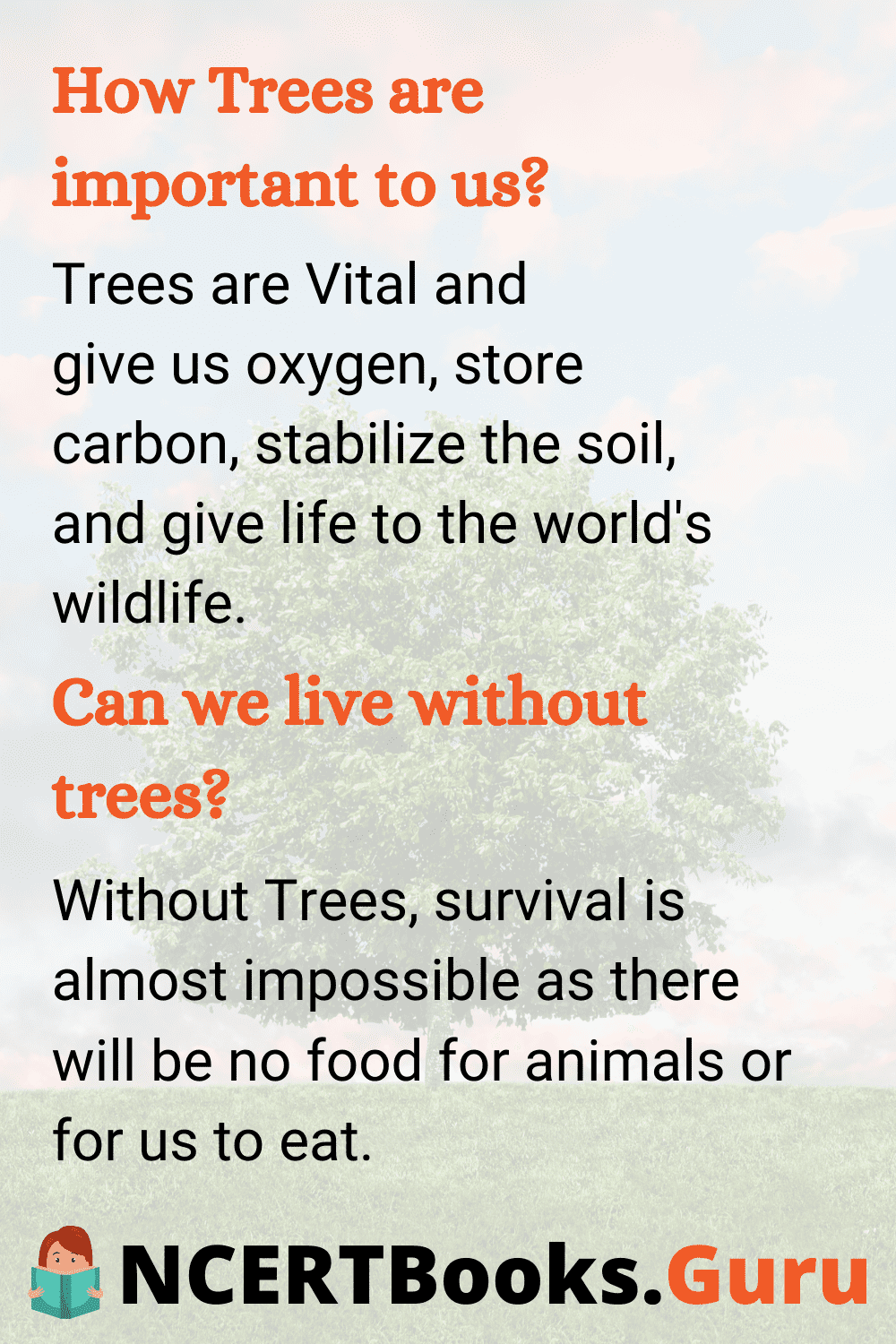 FAQs on Essay on Trees

Trees are the biggest plants that have an elongated stem, or trunk, supporting branches and leaves in most species.

2. How Trees are important to us?

Trees are Vital and give us oxygen, store carbon, stabilize the soil, and give life to the world’s wildlife.

3. How do Trees help humans?

Trees give us oxygen and improve air quality, gives life to the world’s wildlife. They provide us with materials for shelter and tools.

4. Can we live without trees?

Without Trees, survival is almost impossible as there will be no food for animals or for us to eat.