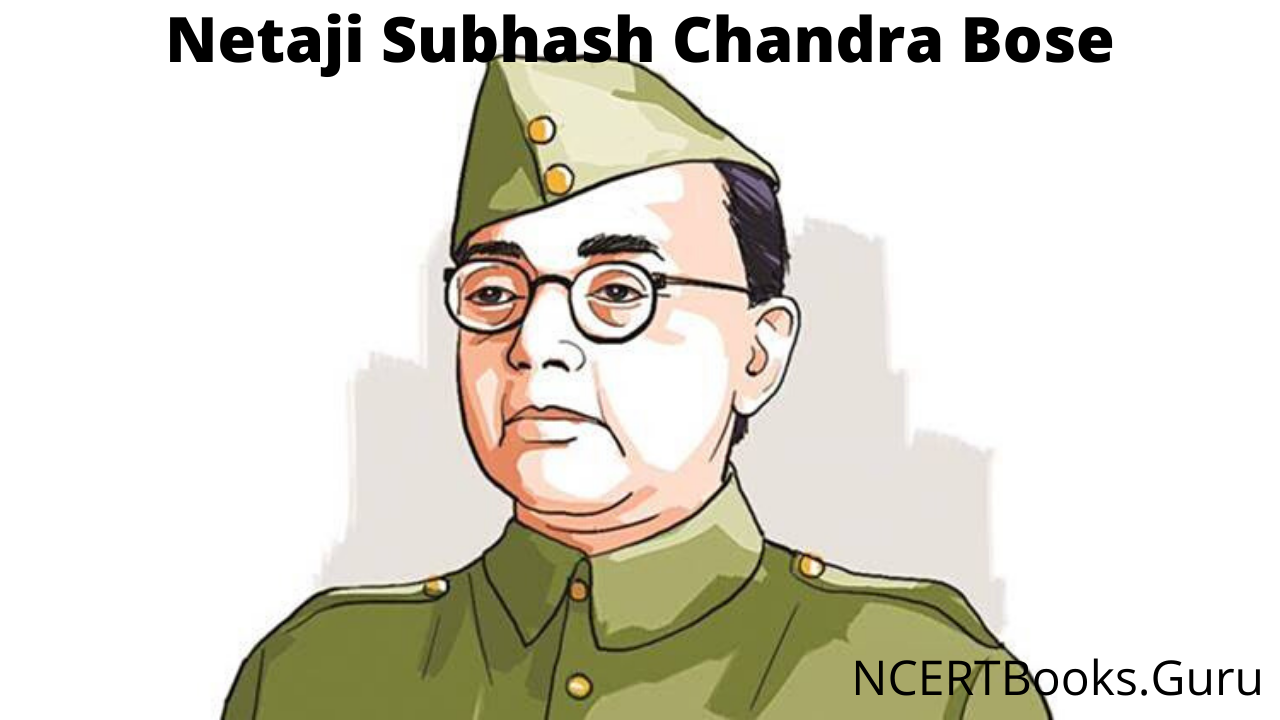 Below we have given a long essay on Netaji Subhash Chandra Bose of 500 words is helpful for classes 7, 8, 9 and 10 and Competitive Exam Aspirants. This long essay on the topic is suitable for students of class 7 to class 10, and also for competitive exam aspirants.

The family of Subhash Chandra Bose was a large one consisting of eight brothers and six sisters. During his school days, he was always serious, reserved and did not take much interest in sports. The sadhus and pilgrims visiting Puri, the famous shrine near his dwelling place, fascinated him. He was an intelligent kid and stood second in the school examination and took admission in Presidency College, Calcutta. In 1916, he beat an English professor because of his racist attitude towards Indians. As a result he was expelled from the college. But his father refused to admit him to another college. Over the course of time he got re-admitted in the same University in Philosophy. He passed with flying colours and achieved first class Honours in Philosophy.

Recognising his son’s intellect, his father was determined that Bose should become a member of high ranking Indian Civil Service (ICS). So, he sent him to England for further studies. In 1920, Bose passed the Civil Service and secured the fourth position. But, by this time the Jallianwala Bagh Massacre had taken place, which had disturbed him greatly.

Even though he passed the ICS, he was not interested in serving the colonial masters. By this time, Gandhiji had established himself as a leader of the masses. Like many others, Bose was also influenced by Gandhiji. So, he went to Gandhiji and offered himself to work for the Indian National Congress. Gandhiji was not able to turn down this humble request and sent him to Calcutta to work under Deshbandhu Chittaranjan Das. During the period 1921 -25, he was mainly involved in the activities around Calcutta and was arrested on numerous occasions. This led to his being imprisoned. Later, he was again imprisoned along with Deshbandhu and the two lived together in jail, where Bose served his leader humbly, even cooked his food. From this time, Bose considered Deshbandhu as his guru.

When Deshbandhu became the Mayor of Calcutta, Bose became his Chief Executive. While holding this office, Bose freely mixed with revolutionaries, which made the British Government arrest him and deport. Now he had ample time to think for his future course of action and he decided to go on the path of open revolution. In June 1925, Bose was deeply struck by the sudden loss of his leader Deshbandhu. But he continued to work. In 1928, during the Congress meeting the main agenda that was presented was to get a Dominion Status for India. This was prepared by Motilal Nehru. But the Youth leaders rejected this.

Bose and Jawaharlal Nehru wanted complete freedom for India at the earliest, whereas the Congress Committee wanted it in phases, through a Dominion Status. To avoid any problem, Gandhiji suggested to give the British Government a time period of 1 year to give Dominion Status to India, failing which he himself would present a bill of complete freedom.

Everybody accepted this. Gandhiji tried very hard to get the Dominion Status for India, but failed miserably. So, at the next meeting the Bill of Complete Freedom (Purna Swaraj) was passed. On 23rd March, 1932 Shaheed Bhagat Singh was hanged. Bhagat Singh’s martyrdom and the inability of the Congress leaders to save his life made Bose very angry and in a sense this made him realise that aggression was the best form of defence. Bose was arrested in 1931 for visiting the disturbed parts of Bengal. He was re-arrested on 2nd January, 1932 and subsequently exiled from India. In 1932, he went to Vienna and there he was deeply influenced by Vithaldas Patel, another Indian freedom fighter.

They recognised the need for collaboration between Indian nationalists and countries opposed to Britain and in their joint manifesto, they proclaimed, “Non-cooperation cannot be given up but the form of non-cooperation will have to be changed into a more militant one and the fight for freedom waged on all fronts.” In October 1933, Vithaldas Patel died.

After the death of Vithaldas Patel, Bose fought against the injustices. He organised students’ association. In November 1934, Bose published a book on Indian Nationalism called “The Indian Struggle”. During the period of 1932-36, he met reputed personalities like Mussolini in Italy, Felder in Germany, De Valera in Ireland and Roma Rolland in France. Some reports suggest that he also met Hitler, meeting which provided no support to Netaji. The Irish nationalist leader De Valera in Dublin impressed him. He was arrested and was later released on 17th March, 1937.

By that time, Subhash Chandra Bose had become very famous and Gandhiji proposed him to become the President of the Congress. In 1938, he became the President of the Indian National Congress and presided over the Haripur session, a post he held for 2 years. During the period, he was honoured at Shantiniketan by Gurudev Rabindranath Tagore as ‘Deshnayak’. At the end of this term, the elections for the Tripuri Congress session took place in 1939. He was re-elected defeating Dr Pattabhi, who was supported by Gandhiji. Bose resolved to give 6 months to the British to free India, otherwise there would be a rebellion. His opinion was opposed. So, he resigned and formed a group called Forward Block.

In 1939, when the World War II started, Gandhiji and other leaders were against doing anything anti-Britain. But Bose thought differently. He knew, for instance, that the fall of the Roman Empire had led to the freedom of its colonies. He decided to seek foreign help for his cause of freeing India. He was arrested and kept in his house under detention. On 17th January, 1941 while everyone was asleep, Bose slipped out of his house into a waiting car.

Disguised as a Muslim religious teacher, Bose managed to reach Peshawar 2 days later. Bose went to Italy, Germany and even Russia to seek help, but without much success. He decided to organise Indians on his own and he landed in Singapore and became the commander of the Indian National Army or the Azad Hind Fauj and declared himself the Prime Minister of India. The whole of India rejoiced, as he raised the popular slogan “Give me blood and I will give you freedom”.

Below we have given a short essay on Netaji Subhash Chandra Bose is for Classes 1, 2, 3, 4, 5, and 6. This short essay on the topic is suitable for students of class 6 and below.

The INA marched to Andaman and Nicobar Islands, liberating and renaming them as Shaheed and Swaraj Islands. On 18th March, 1944, it crossed the Burmese border and reached Manipur where free India’s banner was raised with the shouts of Jai Hind’ and ‘Netaji Zindabad’.

But heavy rain prevented any further movement and the units had to fall back. Even then Netaji was determined. He wanted to go to Russia to seek Soviet help to fight the British. But the ill-fated plane, in which he was flying, crashed in Taipei on 18th August, 1945 resulting in his death. For this brave leader, Bhagvad Gita was a great source of inspiration. Swami Vivekananda’s teachings also had a deep impact on him since his heydays. He loved to read fresh interpretations of India’s ancient scriptures.

Bose strongly disliked ‘Nazis’ racist practices. However, when he failed to contact Russians for help, he knocked on the doors of Germans. His stand was that in order to free India, even if he had to befriend the devil, he would do that. Thus, he will always be remembered and revered as the great patriot who risked his life, career, name, fame and everything else for one sole cause in which he believed passionately-the freedom of his country.

On 23rd August, 2007, Japanese Prime Minister, Shinzo Abe visited the Subhash Chandra Bose Memorial Hall in Kolkata and said to Bose’s family that Japanese are moved by Bose’s strong will for independence from British rule, and that Netaji is a much respected name in Japan. Bose will continue to inspire posterity to lead the nation to greater heights and make it the India of his dreams. Concluding with the slogan that he gave