Essay on India: Romaine Rolland, a French scholar, once quoted, “If there is one place on the face of Earth where all the dreams of living men have found a home from the very earliest days when man began the dream of existence, it is India!”

Below we have given a long essay on India of 500 words is helpful for classes 7, 8, 9 and 10 and Competitive Exam Aspirants. This long essay on the topic is suitable for students of class 7 to class 10, and also for competitive exam aspirants.

India, the land of spirituality and philosophy considers religion as an integral part of its tradition. The worship of various religions and its rituals play a significant role in every aspect of human life in the country.

Hinduism is the dominant faith in India. The ancient Hindus, literally meaning the people of the valley of the Indus river, soon took on functions and specialisation that had little to do with tilling the soil. Different castes developed out of necessity, for with the evolution of society, it was no longer possible for the tiller of the soil to assume the functions of priest, warrior, merchant and artisan, all rolled in one. Roles began to be defined and people were classified according to their work, occupation and economic place in the society.

Also, a number of world religions originated in India and others that started elsewhere found fertile ground for growth here. Buddhism and Jainism, and ancient monastic traditions, have had a major influence on the Indian art, philosophy, and society and are followed by a large section of the society even in the late 20th century. Islam spread throughout South Asia in the early 8th century and is the largest minority religion in India today.

Sikhism, which started in Punjab in the 16th century, gradually spread throughout India and to the other parts of the world, Christianity, represented by various denominations, traces its history in India, back to the time of the apostles. Judaism and Zoroastrianism, that originally arrived with traders and exiles from the West, are represented by small populations, mostly concentrated on India’s West coast.

A variety of independent tribal religious groups are also live carriers of their unique ethnic traditions. Even with such diversity, the message of love and brotherhood is expressed by all religions and cultures of India—the bowing in prayer in the courtyard of a mosque or the rows of lamps that light up houses at Diwali, the good cheer of Christmas or the bonhomie of Baisakhi—the festivals of India are celebrations of a shared emotion that bring people together.

People from different religions and cultures of India, unite in a common chord of brotherhood and amity on this fascinating and diverse land. Yet, there is a disparity amongst various religion in accordance with the occupation or hierarchy due to which caste system evolved.

It was the Industrial Revolution that finally made a dent in the caste system and brought a new awareness to Indians. Industrialisation encouraged urbanisation, as village dwellers of both high and low castes moved to the cities for better jobs. In the urban areas, the rigid, age-old, caste-centered thinking gave way to a more liberal outlook and encouraged the mixing of castes without distinction. Trade unions and other associations saw members from all castes working together.

The British Government of India had a considerable transforming impact on the country’s social structure. The British brought changes by passing many important laws, such as the Hindu Act, the Caste Disabilities Act and the Widow Remarriage Act etc.

The strongest, most systematic attack on the caste system had come in the 20th century through the Constitution of India, adopted on 26th November, 1949.

India’s Constitution guaranteed the rights of all its citizens to justice, liberty, equality and dignity. This highlights the long and arduous journey from ancient caste distinctions based on Hindu philosophy and religious traditions to the constitutional pledge of a democratic government with equality, dignity and justice for all human beings.

To uplift the backward classes, the Government of India has officially documented castes and sub-castes, primarily to determine those deserving reservation in education and jobs through the census. 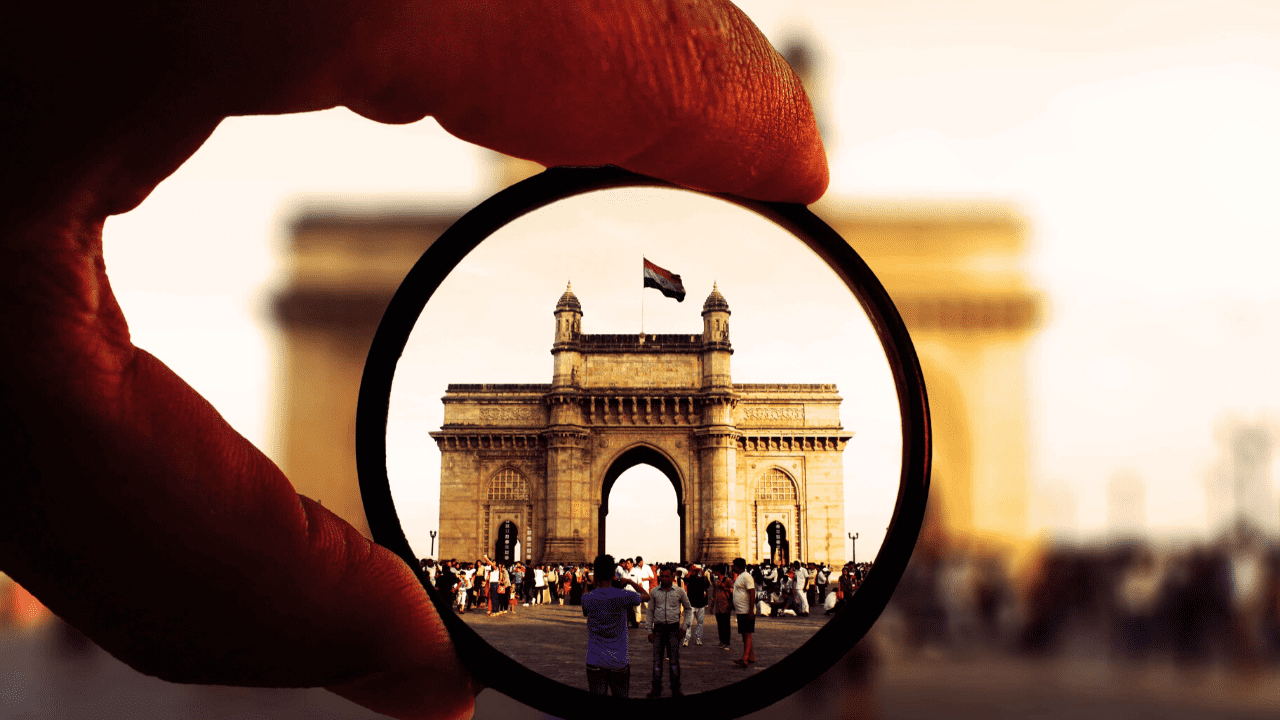 Below we have given a short essay on India is for Classes 1, 2, 3, 4, 5 and 6. This short essay on the topic is suitable for students of class 6 and below.

India is a secular state and probably, the only state where so many religions flourish side by side. In practice, it is difficult to divide religion or caste affiliations from the life of people. This is probably so, because it is impossible to know India without understanding its religious beliefs and practices, which have a large impact on the personal lives of most Indians.

For many Indians, religion and their caste exerts a strong motivational influence on their lifestyles, beliefs and culture. Kinship bonding in India is very strong, with an enormous respect for family, community values and traditions. Festivities transcend the invisible barrier between religions and rather become a celebration of the universality of human living. But this does not mean that religious practices in Indian sense merely involve hollow and meaningless display of traditions, instead it is a deep rooted sense of the way of life.

At present, Indian society is characterised by the development that has led to a free-market economy. In the current scenario, India’s caste system can no longer fully contain the socio-economic changes that the country is undergoing. Different occupations and levels of education are no longer correlated with caste.

For example a high caste person may not be born as a Chief Executive, but he/she can work to become one. A person of low caste can now get a good education and can become an executive, a college professor or even a political leader.

However, the vote politics rampant in Indian democracy tries to lure the voters on the basis of their castes and religions, which is also a great setback to the real and concrete development of the country.

The only weapon that seems available to fight the rigid caste system is education. We need to learn to respect man as man first, which will help us value the uniqueness of religion, class, ethnicity and culture of India.