Essay On Great Leader: When we are to think of ‘a great leader’, our mind naturally turns towards a great leader — one of the greatest of the modern world — Mahatma Gandhi. for a political or a national leader who have the turn ‘Mahatma’ added to it, by itself determines and decides his greatness. No other leader of the modern age has achieved this distinction of being called a ‘Mahatma’:— one who is ‘great’ in ‘Soul’ — ‘Mahaan’ in ‘Atma’. 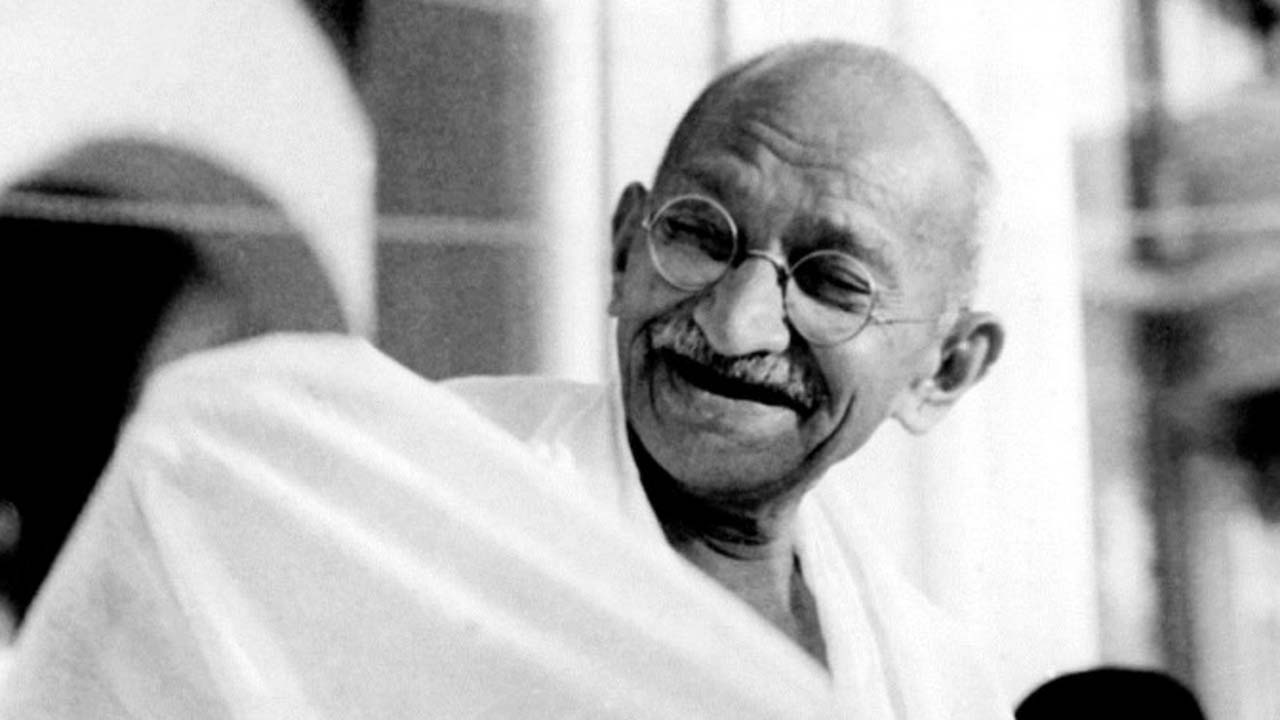 Below we have given a long essay on Great Leader of 500+ words that is helpful for classes 7, 8, 9, and 10 and Competitive Exam Aspirants. This long essay on the topic is suitable for students of class 7 to class 10, and also for competitive exam aspirants.

Let us first know something about his life and how from an ordinary lawyer he grew into a great soul.

Mohandas Karamchand Gandhi was born is 1869 in Porbandar, Kathiawar in Gujarat. At the age of eighteen, he passed the University examination and went to England to study law. There, in England, he found himself very much out of place as the society there was quite different from the one in which Gandhi was born. He tried to adapt himself to that society — he studied law, put on the best English dress, even joined classes to learn dancing as the English men and women dance, even broke his vow given to his mother and ate meat. But in none of these ways did he achieve any success and he remained what he was. Only that he passed out the law examination and returned to his country — India — settled in Bombay as a lawyer. 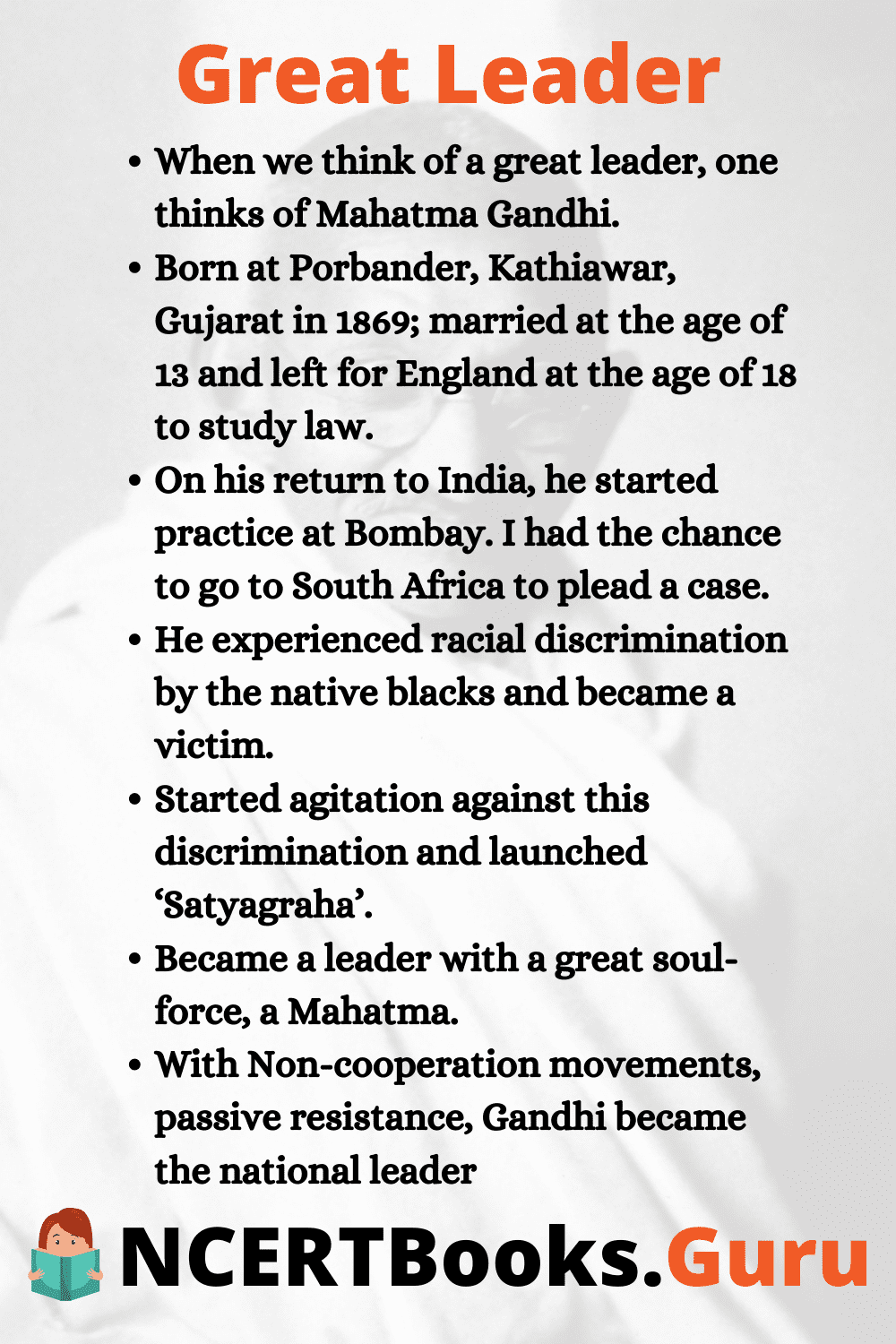 Gandhi had been married, as per the normal social customs, at the early age of 13 years. He wrote in his autobiography how he was deeply attached to his wife. That is what it was but then life as a lawyer in Bombay started well. Gandhi was a very shy sort of a young man and that was a handicap for him as a lawyer. But then, as luck would have it, he got a chance to go to South Africa as a lawyer to one of his clients. This was a turning point in his life.

In South Africa — under the British rale then, he found that the native ‘blacks’ were treated by the ‘whites’ with great disgrace and humiliation. Even he, as an Indian, with a brown complexion, had to suffer this disgrace. He was thrown out of a first-class railway compartment by the ‘white’ Co-travellers as ‘blacks’ were not allowed to travel by a first-class. Having been physically assaulted and thrown out of the compartment, Gandhi at once struck upon an idea which flashed in his mind — passive-resistance — Satyagraha.

From then onwards, Gandhi started into a new role — an agitator against racial discrimination on behalf of the Indian Community in South Africa. He made Johannesburg and Praetoria as the centers of his agitation and established a center for the Indian Community at Phoenix. His tireless zeal in this matter earned him a great name and the Indian Community got great moral courage under his leadership. He addressed assemblies, was prosecuted and jailed, and suffered but would not give up. This strong-willed resistance won him the title of ‘Mahatma’.

Gandhi returned to India in January 1915 and soon got out organizing the labor class. The gruesome Jalianwala Bagh massacre of unarmed, peaceful assembly at Amritsar turned him to direct political protest against the British government. He became a dominant figure in the Indian National Congress. He launched his non¬cooperation movement against the British government in 1920-22, organized protest marches like the Dandi Salt March against the salt-tax.

Below we have given a short essay on Great Leader is for Classes 1, 2, 3, 4, 5, and 6. This short essay on the topic is suitable for students of class 6 and below.

Gandhi was repeatedly imprisoned for civil disobedience and his final imprisonment came in 1942-44 as a result of his call, to the British to ‘Quit India’. So much honor had he won for himself by his selfless struggle that he was invited by the Emperor of Great Britain, King George V to meet him and he met him as he was, in a loincloth and a shawl over the shoulders. It was in this manner that he lastly met Lord Mountbatten and Lady Mountbatten to negotiate on Indian independence.

A man of great moral courage, he fasted so many times, the last being the most dangerous for his life. He was against the creation of Pakistan but then that was done. He still fought for the sake of giving Pakistan its due and this led to a great Hindu backlash. On January 30, 1948, he was killed by a Zealot, Godse for his pro-Muslim and pro-Pakistan attitude.

But Gandhi remained an undisputed leader of the masses. His moral courage and his godliness rightly gave him the title of ‘Mahatma’ and he shall ever be remembered as the greatest leaders of the 20th century. 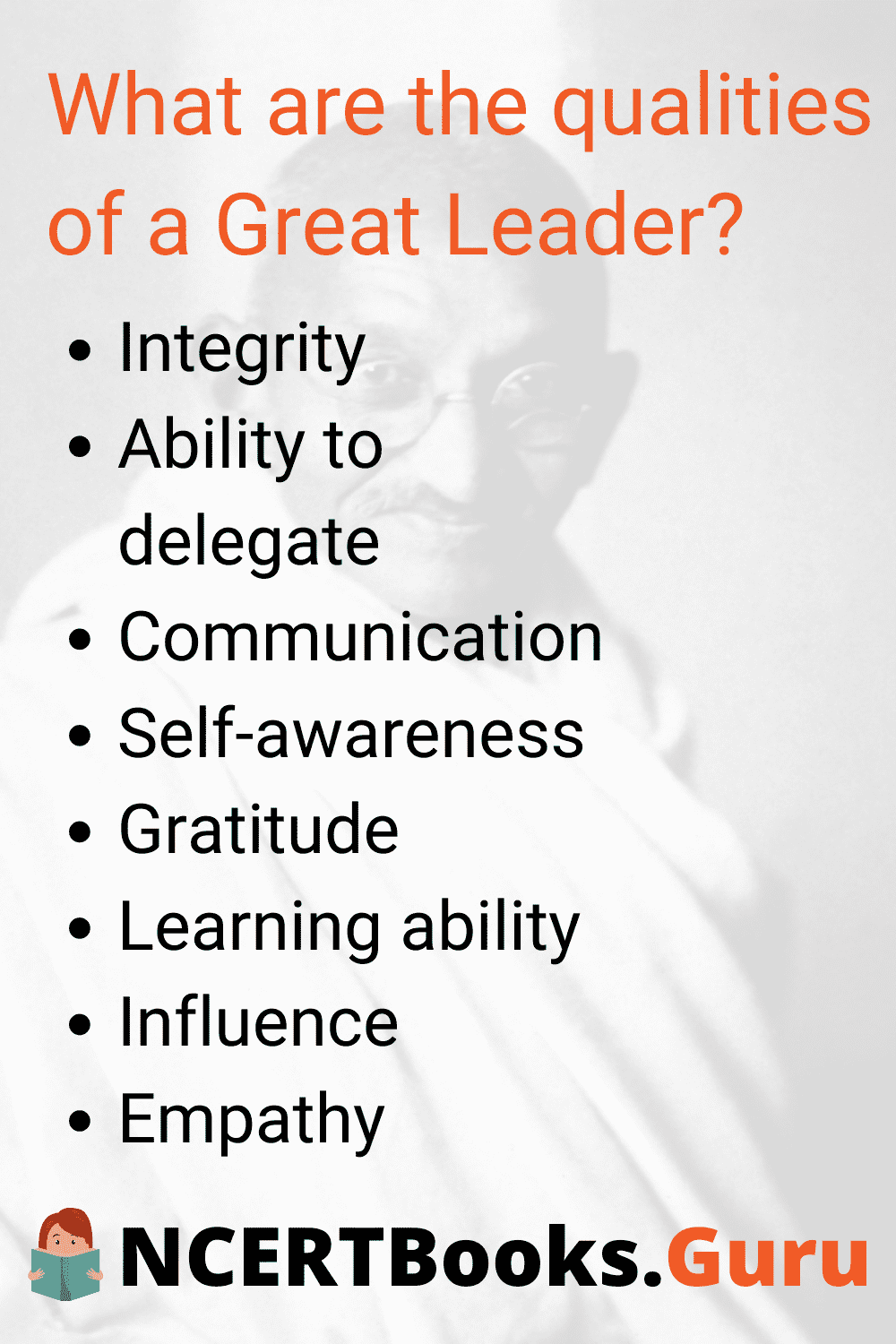 FAQs on Essay on Great Leader

1. What are the qualities of a Great Leader?

Below is the list of some of the qualities of a Great Leader.

2. What makes you a Great Leader?

A great leader posses a clear vision, is courageous, has integrity, honesty, humility, and clear focus. Great leaders help people reach their goals, are not afraid to hire people that might be better than them, and take pride in the accomplishments of those they help along the way.

Great leaders are people in which others have confidence and respect. They have clear goals but are very open to alternative perspectives. They care about the people who work with them but are capable of making hard decisions when necessary. They are self-confident without being loud, aggressive, or dominating.