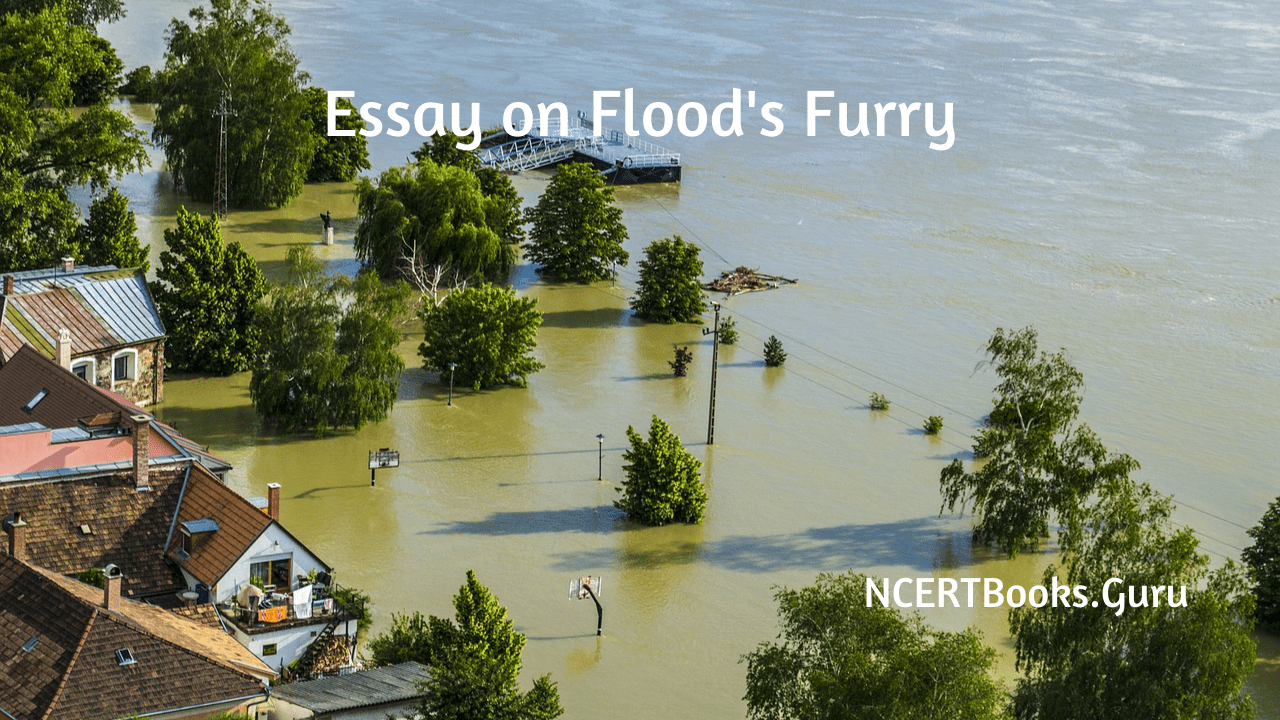 Essay on Flood’s Furry: A flood is an overflow of water that submerges land, which is otherwise dry or not normally covered by water. 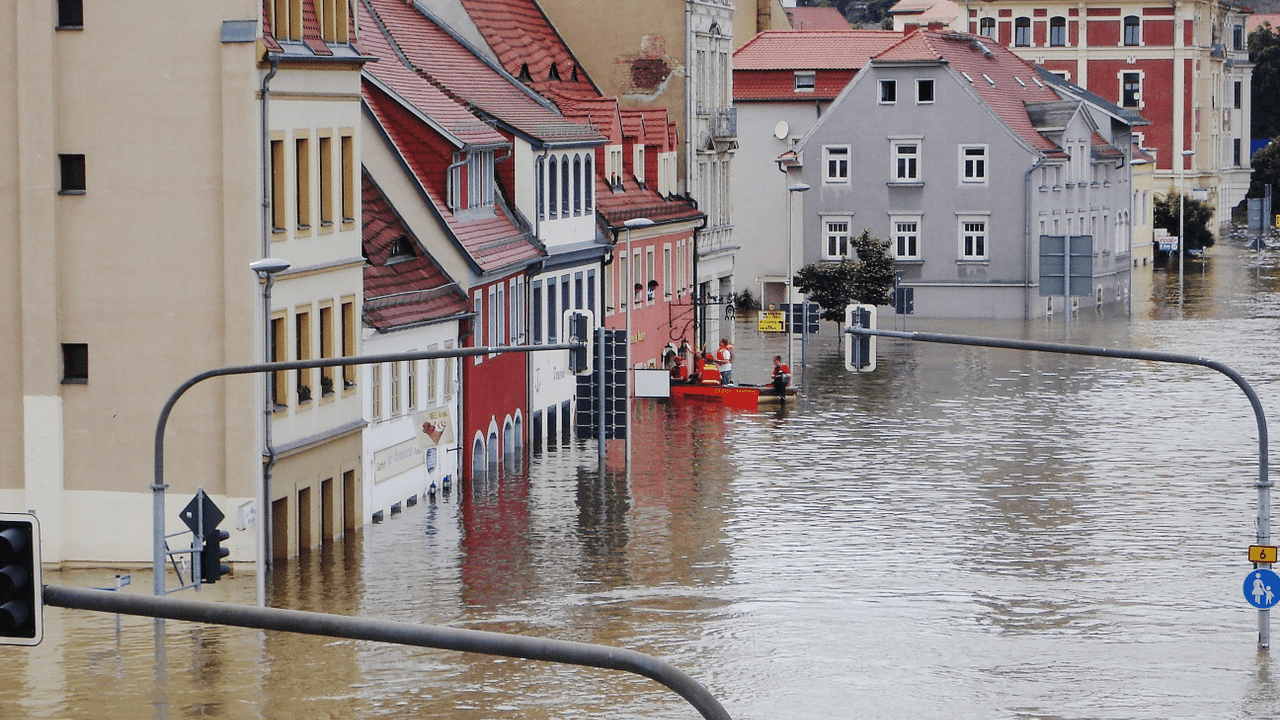 Below we have given a long essay on Flood’s Furry of 600 words is helpful for classes 7, 8, 9 and 10 and Competitive Exam Aspirants. This long essay on the topic is suitable for students of class 7 to class 10, and also for competitive exam aspirants.

Floods happen due to many reasons such as heavy rains, melting of snow, high tides, Tsunamis, failure of dams or other structures meant to retain water. Flooding can also occur after natural mishaps such as forest fires, which engulf all vegetation that could otherwise absorb the water.

Periodic floods take place on many rivers, forming a region known as ‘flood plain’. Floods occur when ponds, lakes, riverbeds and vegetation are not able to retain all the water. Water then runs off in large quantities. A flood that arises rapidly, and all of a sudden is called ‘flash flood’. Flash floods result from heavy rainfall over a small area, especially if I’ the area was loaded with water from previous precipitation.

Besides causing loss of life and damage to buildings, floods also destroy bridges, sewage systems, roadways and canals. It affects power transmission. Floods also raise the risk of water borne diseases like typhoid, cholera etc. In the agriculture sector, it drowns farms, preventing sowing and harvesting. The economic effects decline in tourism and there is price rise owing to food shortage. Floods are a major natural disaster in India which occur year after year owing to excessive rains caused by the South-West monsoon which is the sole provider of maximum rains to India. Besides heavy rains, many a times, tropical cyclones occurring during pre and post monsoon time also cause severe damage. Sometimes silting of river beds, deforestation or change in the course of rivers too cause floods or flood-like situation.

In 1979, a man-made flood occurred in Gujarat when Machhu dam bursted causing great destruction. The vast diversity of India, too, geographically causes extreme situations many times. One part of the country suffers from severe famines or droughts while the other part gets destroyed due to floods and over-flow of rivers. Approximately, one-eighth of the total land area of the nation is considered a flood-prone area.

In June, 2013, massive flash floods also called ‘Himalayan Tsunami’, ravaged several villages in Uttarakhand. Thousands perished, still many more went missing, while dead bodies were recovered even till 2014. Floods have affected Uttar Pradesh, Bihar and Asom in 2014. Human beings can’t stop the rain from falling or water from flowing. But they can surely adequately prepare and protect them selves so that the disaster can be minimised. Houses can be constructed in such a way that the slope is away from houses. Cracks on walls and floors must be repaired on time.

Service pipes between municipal sewer line and houses must be in good operating condition. Storm drains must be regularly cleaned of debris. Trees and other vegetation must be planted to reduce the velocity of incoming water. Emergency survival kit, that includes non-perishable food, water for drinking and medicines, must be kept ready. In 1954, the government formulated a National Flood Management Programme which included immediate, short-term and long term plans. The immediate goal was to intensively collect data within 2 years of time and execute emergency measures accordingly. The short-term goals were concerned with construction of spurs and embankments.

Long-term flood prevention measures concentrated upon storages and reservoirs being built upon rivers and their tributaries. A great degree of protection can be given to flood-prone areas by implementing these structural measures. Owing to this programme, Bhakra Dam on Sutlej, Hirakud Dam on Mahanadi, Tungabhadra Dam on Krishna, Ukai Dam on Tapi, Konar and others on Damodar have been built.

By adopting various measures such as inter-linking of rivers etc, the damaging effects of floods can be reduced and the excess water instead of being wasted can be used for constructive purposes. Since majority of rural areas are situated near water bodies, optimum flood insurance cover must be provided to the rural inhabitants. India needs to be able to combat the fury of its rivers, otherwise the nurturing rivers would devour everything that comes in their way, when they are in rage.