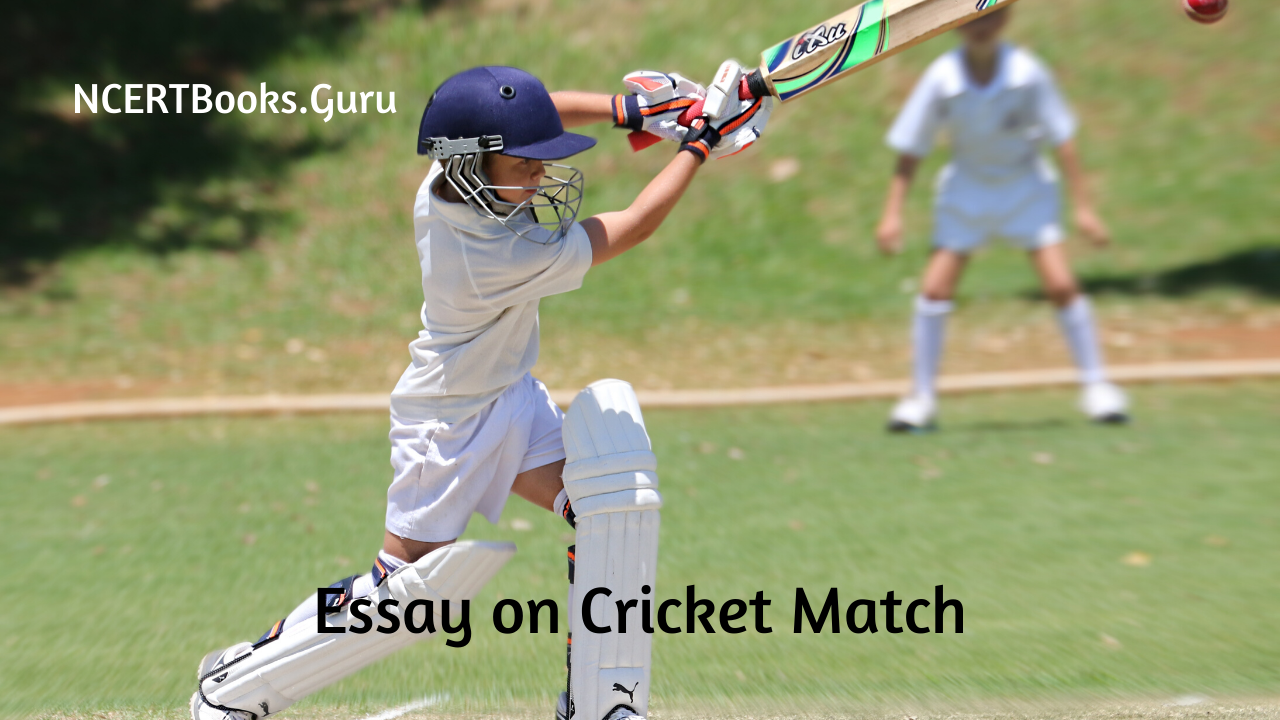 Essay on Cricket Match: Cricket is a popular sport in our school. Most of the students like to play cricket. Even our school principal is a keen cricket enthusiast. We have a large playground in our school and we often play there.

Below we have given a short essay on Cricket Match is for Classes 1, 2, 3, 4, 5 and 6. This short essay on the topic is suitable for students of class 6 and below.

The other day there was a very interesting match between our school team and that of Happy School. It was a 20 overs match and the game started early at 9 am. Both teams arrived on time and began their warming-up exercises. About 500 people had gathered to watch the match.

Our school team won the toss and elected to bat first. We started well but when the score had reached 20, Mike got out for 12 runs. The next batsman, Kim played some good strokes and scored steadily. The other batsman, Gul was caught behind the wicket for 18 runs. He was replaced by our captain Aman who is an all-rounder. He made 30 runs before being declared out leg before wicket. He hit a six and 2 fours. Sam came next and played well for 23 runs. At the end of the allotted 20 overs, our team had made a total of 120 runs.

After lunch, Happy School started their innings. Their opening batsmen played intelligently, scoring slowly but steadily. But they kept losing wickets at regular intervals and the rest of their batsmen could not face our bowling attack. At the end of 15 overs, they had scored only 70 runs. But their tailenders played very well and put up a good fight.

In the end, they could manage only 105 runs and lost the match by 15 runs. I enjoyed the match very much, especially because I managed to take three important wickets.