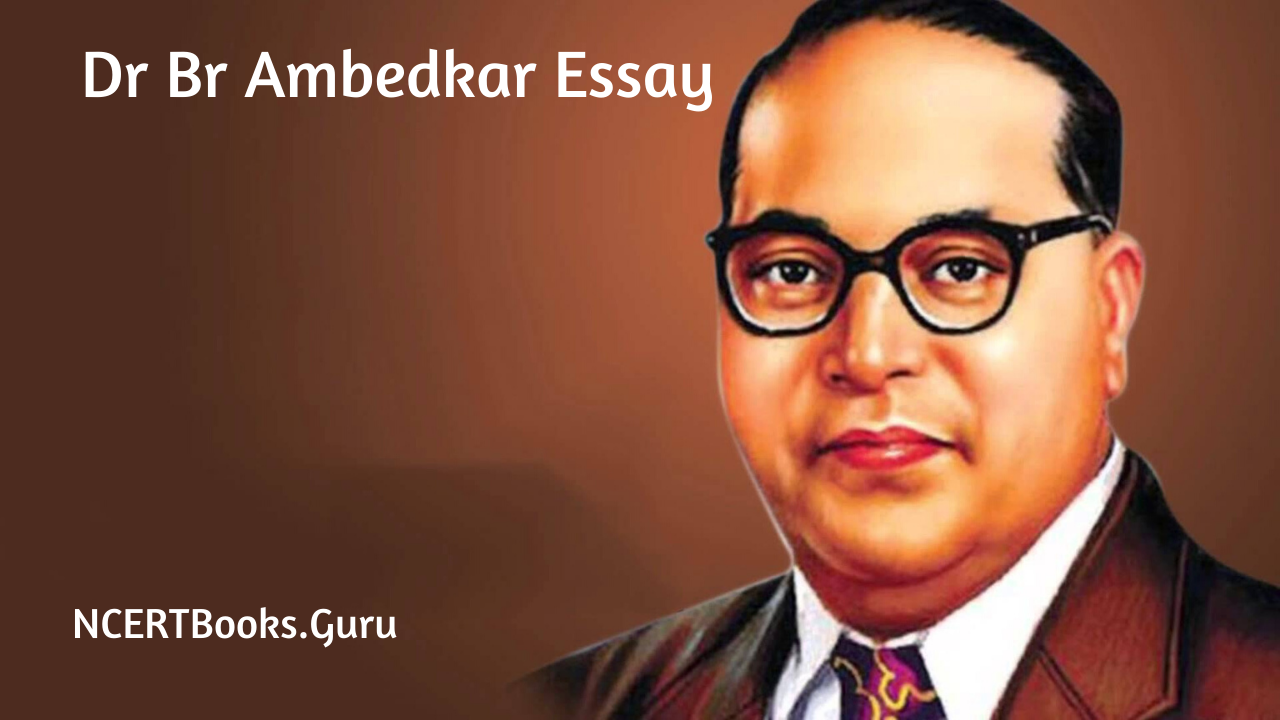 Dr Br Ambedkar Essay: Respect follows his name everywhere. The leader who tried to turn the wheel of the law towards social justice for all and the architect who played a great role in framing the Indian Constitution-Dr BR Ambedkar’s name is an example of steely grit and iron-willed character. A well-known politician and an eminent jurist, Ambedkar’s efforts to eradicate social evils like untouchability and caste restrictions were remarkable. Appointed as the first Law Minister in the free India, he was posthumously awarded with India’s highest civilian honour, the Bharat Ratna.

The Architect of the Indian Constitution

“A great man is different from an eminent one, in that,
he is ready to be the servant of the society.”

Below we have given a long essay on Dr Br Ambedkar of 500 words is helpful for classes 7, 8, 9 and 10 and Competitive Exam Aspirants. This long essay on the topic is suitable for students of class 7 to class 10, and also for competitive exam aspirants.

Popularly known as Babasaheb Ambedkar, Bhimrao Ambedkar was born to Bhimabai Sakpal and Ramji on 14th April, 1891 in Madhya Pradesh. He was the fourteenth child of his parents. Since childhood, Ambedkar was a victim of caste, discrimination. His parents hailed from the Hindu Mahar caste, which was viewed as ‘untouchable’ by the upper caste.

Due to this, Ambedkar had to face severe discriminations from every corner of the society. The discrimination and humiliation haunted Ambedkar even at school as untouchable students were often asked by the teacher to sit outside the class. In 1894, Ramji retired and the family moved to Satara after two years. In 1897, the family moved to Bombay. In 1906, his marriage was arranged to a nine year old girl Ramabai. In 1908, Ambedkar got the opportunity to study at the Elphinstone College becoming the first from the untouchable community and later went for higher studies to the USA. He acquired numerous degrees to his name, including four doctorates.

After returning to India, Bhimrao Ambedkar decided to fight against the caste discrimination that almost fragmented the entire nation. This led to the upsurge of Dalit Movement through which he favoured the concept of reservations for Dalits and other backward communities.

For two years, after 1935 he served as the principal of Government Law College, Mumbai. He constructed a house, which consisted of a library, stocking more than 50,000 books. In 1936, Ambedkar founded the Independent Labour Party which initiated his political career. In 1937, in elections to the Central Legislative Assembly, his party won 15 seats. Ambedkar oversaw the transformation of his political party into the All India Scheduled Castes Federation.
He published a book the same year—Annihilation of Caste,’ which strongly criticised orthodox Hindu religious leaders and caste system.

Below we have given a short essay on Dr Br Ambedkar is for Classes 1, 2, 3, 4, 5 and 6. This short essay on the topic is suitable for students of class 6 and below.

He served on the Defence Advisory Committee and Viceroy’s Executive Council as the minister for labour. His reputation as a scholar led to his appointment as free India’s first Law Minister and as the Chairman of the Constitution Drafting Committee. He was also a noted scholar and an eminent jurist. Ambedkar emphasised on the construction of a virtual bridge between the classes of the society. According to him, it would be difficult to maintain the unity of the country if the difference among the castes were not met. Around 1950, Ambedkar wrote a book on Buddhisfu “The Buddha or Karl Marx” and soon converted himself to Buddhism, in the backdrop of his disgust towards Hindu caste divisions.

During 1954-55, Ambedkar suffered from serious health problems including diabetes and weak eyesight. On 6th December 1956, he breathed his last at his home in Delhi. A Buddhist-style cremation was organised for him and the ceremony was attended by hundreds and thousands of his supporters, activists and admirers.

On his birth and death anniversaries, and on Dharma Chakra Pravartan Din (14th October) at Nagpur, millions pay homage to him. He was voted as the ‘Greatest Indian’ in 2012 by TV channels polls.

The leader, throughout his life, fought for the rights of Dalits and other socially backward classes. Framing the Constitution and guiding it through to adoption was his greatest political achievement. Owing to his immense contributions, Dr BR Ambedkar’s name is firmly imprinted on the sands of history.