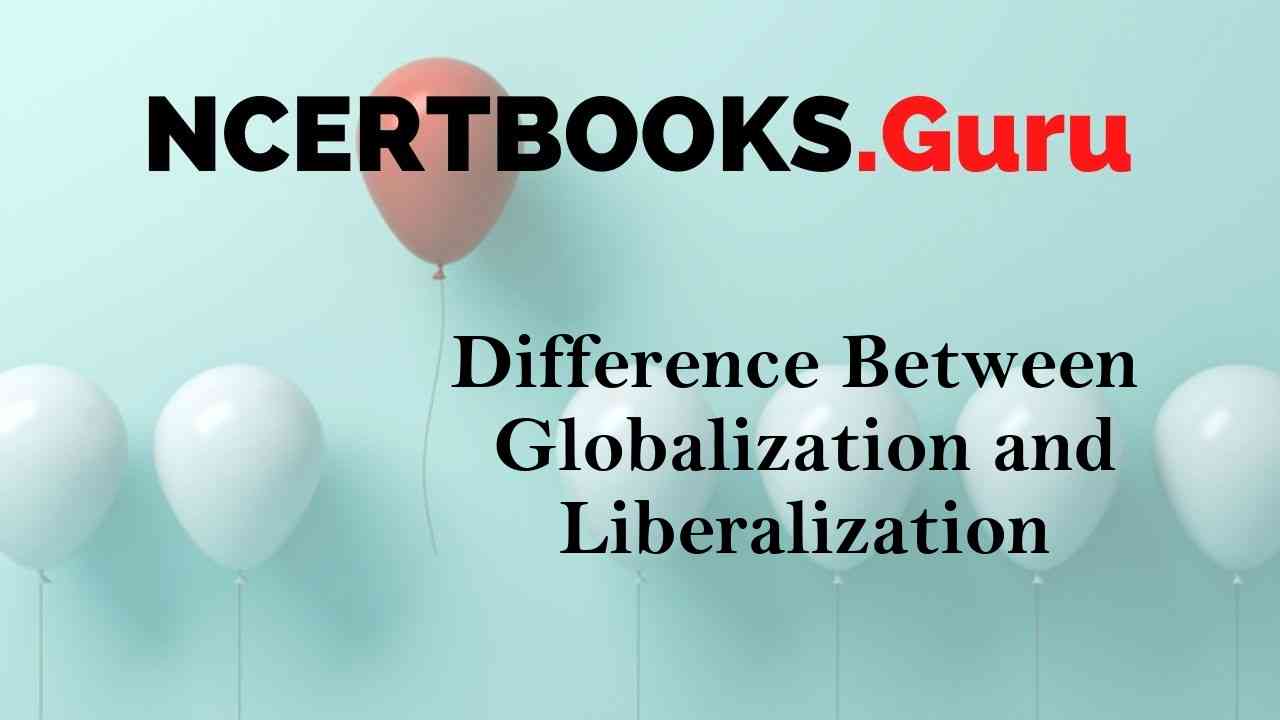 The economy is the most important factor that runs organizations and the world. The design of a successful economy is dependent on certain socio-economic entities. The government of a country decides these essential properties of building the economy.

Trades, business and labour, all are the building blocks of an economy. They contribute to the economy utilizing either global exposure or local competitive growth.

What is the Difference Between Globalization and Liberalization?

Globalization is a term that can be associated with society, culture and economy. To be precise, globalization is a multifaceted process that directly contributes to the economy with the help of society and their culture.

Globalization marks the exposure of trades and business on a high level of society. The exposure in a globalized economy or trade is identified as international or global. Globalization is an interconnected phenomenon that supplies to an unregulated global market.

Liberalization, in turn, contributes to forming a greater economy of a free market. A liberal economy creates tremendous competition for organizations that influence passion and a higher level of economic success. A great example of the Liberal economy is India. Difference Between Globalisation and Liberalisation 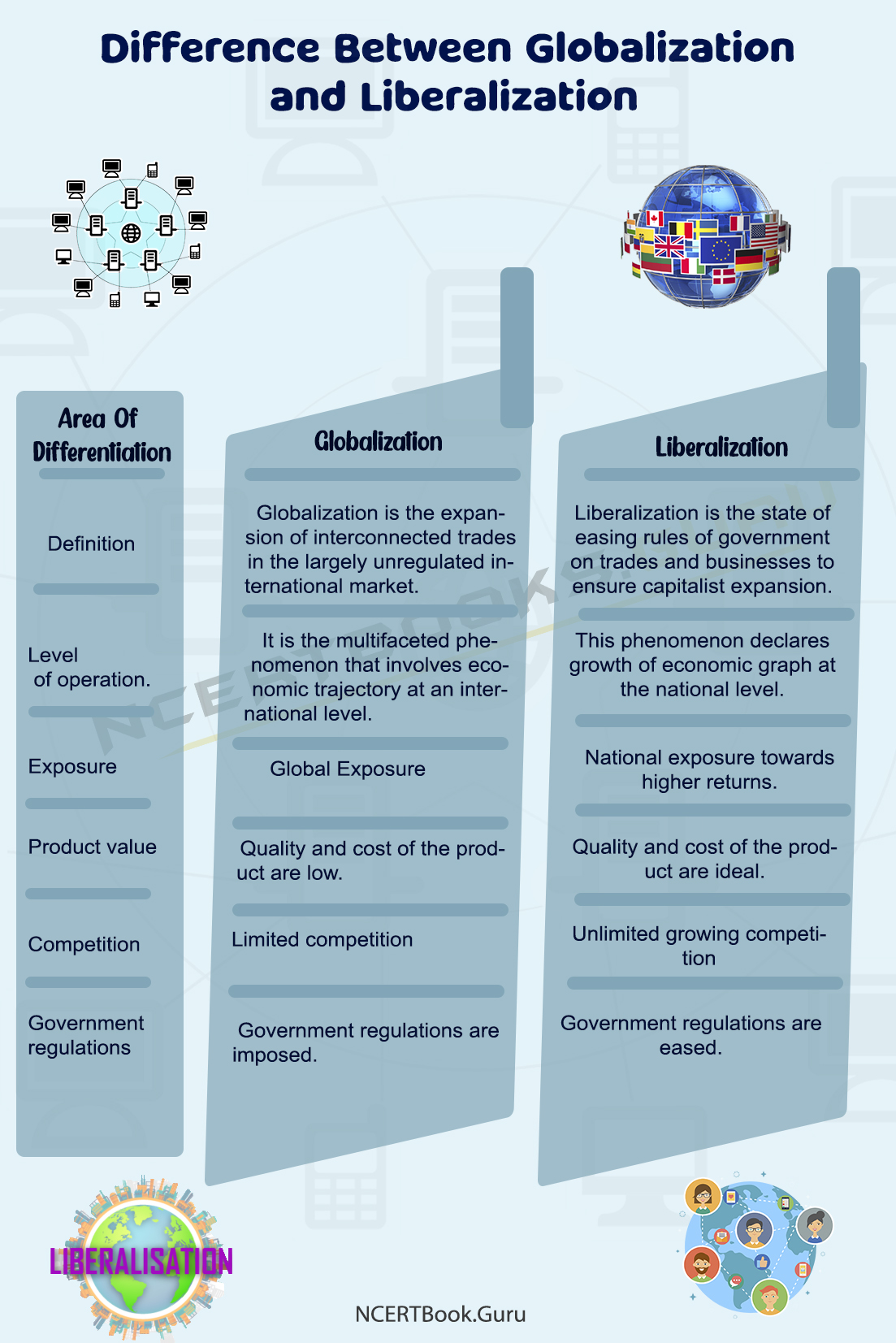 Similarities of Globalisation and Liberalisation

Frequently Asked Questions on Difference Between Globalization and Liberalization

Question:
Where did the Globalisation and Liberalisationwere originally practised?

Answer:
Globalization is noted to have originated back in the Indus valley civilization. Liberalization was practised in trade and merchant regions like Europe and America in ancient days.

Question:
What is more profitable, Globalization or liberalization?

Question:
What are some examples of globalized trade?